Rubezahl Castle Hotel  is a beautiful castle hotel in the heart of western Bohemia. Marienbad, or Marianske Lazne in Czech, is known for its natural healing thermal springs and wellness retreats. The castle, built in 1903, seamlessly blends past and present, folklore and tradition, relaxation and rejuvenation. Today, after much restoration, it is a member of Historic Hotels of Europe. I spent a weekend here with my friends.

Rubezahl is a northern European mountain spirit and master of the underground riches. He was worshipped by people long before Christianity came to the area. Like the Christian story of the angels appearing as travellers, Rubezahl appeared to people in various forms to see how they treated him. The most famous legend is about Rubezahl as a toad. If they were nice, he would appear as an elderly man and grant them wishes. If they kicked him off the road, they would fall down later and break their leg. Stories about Rubezahl abound in cultural references and they heavily influenced some of the fairy tales that we still hear today.

One of the stories describes a part of the woods where he would meet people. For this reason, a large statue of the spirit was erected in the forest near the hotel park, where people still come to this day to leave tokens and wishes for Rübezahl to grant. In order to do that, you have to hop around the statue in one leg five times and then touch his belt and make your wish.

Location of the Rubezahl Castle Hotel 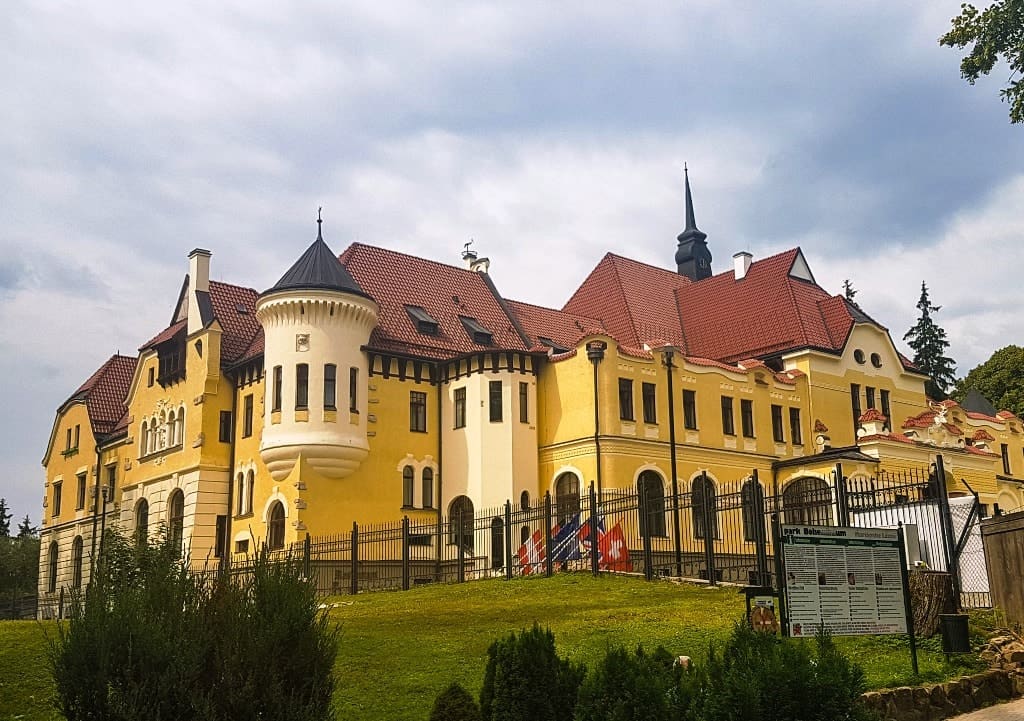 The hotel is located on a hilltop, surrounded by the Slavkovsky forest above the town of Marianske Lazne. When it was built in 1903, it was an exclusive royal getaway, open to royal families from around the world. Over time, the hotel opened to other members of the aristocracy and celebrities, then gradually to the public. In 2008, the current owner purchased the property and began a thorough renovation to modernise the 43 rooms and common spaces. The Rubezahl Castle Hotel reopened in 2015 with a brand new wellness centre, Roman bath complex, and restaurant.

Rooms at the Rubezahl Castle Hotel

There are just 43 rooms at the Rubezahl Castle Hotel, all furnished with luxurious wooden beds, plush carpets over merbau wooden floors, rich fabrics, and period furniture like writing desks, vanities, and armchairs. There are ten categories of rooms and suites. Families can book the mezzanine rooms, which offer more space and can accommodate two additional beds upon request. 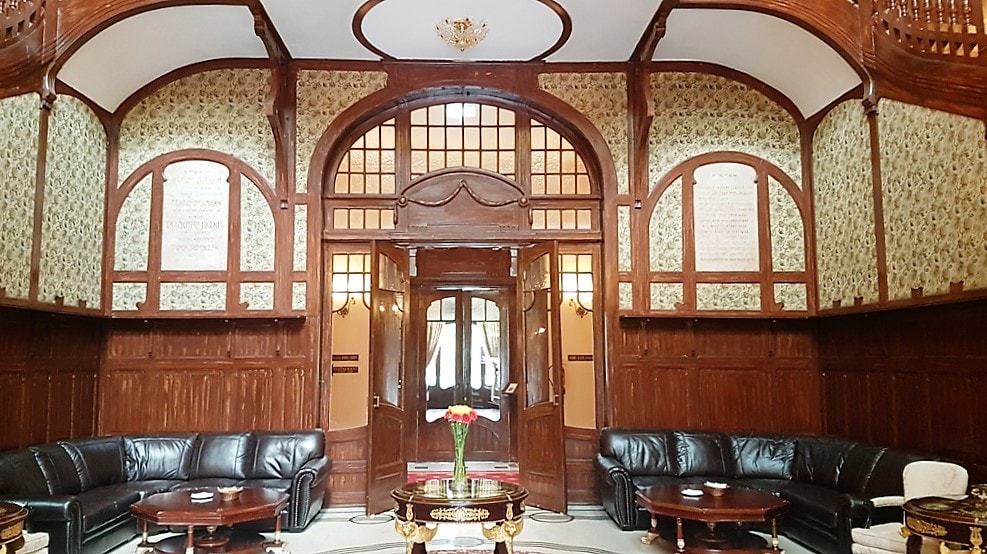 I had a double room, which had a comfortable bed with crisp linen and fluffy duvet, dark wooden wardrobe, thick curtains, and a richly coloured carpet. All of the rooms are decorated with historical character and modern amenities. The ensuite bathrooms feature marble and onyx, and come with hydrotherapy massage showers in either the tub or shower. Guests can request either during the reservation process. Like most other hotels, there was also a laptop safe, luxurious toiletries, wifi and telephone access, a mini bar, and a plasma LCD television.

There are plenty of things to do both in and around Rubezahl Castle Hotel and Marianske Lazne. The hotel has a spacious, modern wellness facility well-equipped with the latest technology, pool, sauna, hammam, and more. Treatments range from beauty treatments, massages, and facials to weight loss and detoxification programs. There are qualified staff on property to assist with anything guests may want. I had the absolute best full-body massage here. It was divine. We also experienced the pool and hammam, both of which rejuvenated and relaxed me. 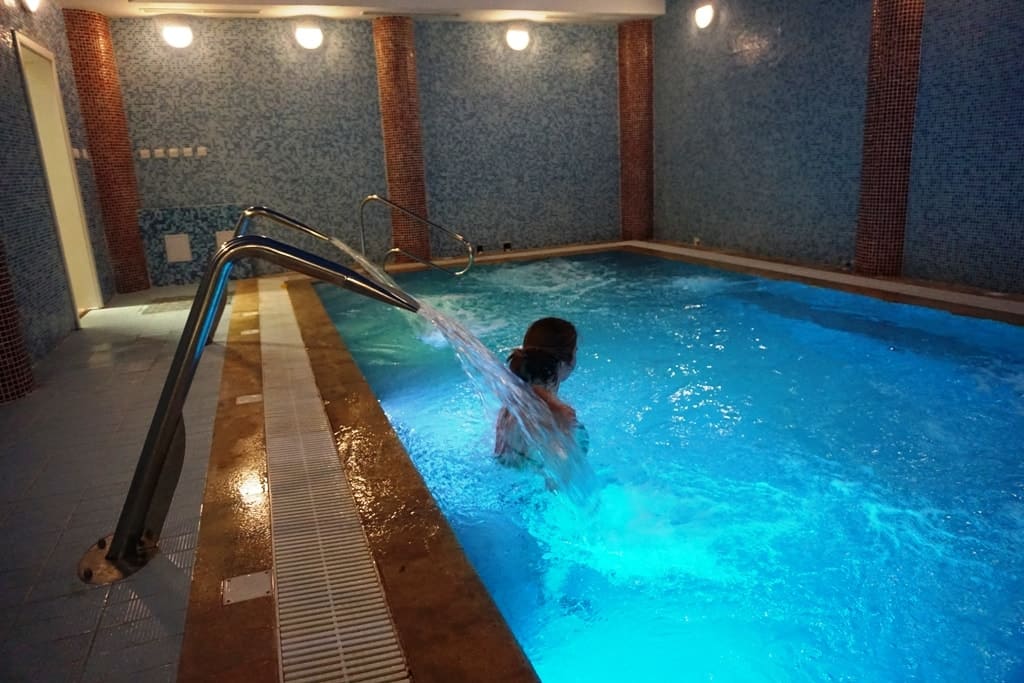 Dining at the Hotel

There are three restaurants at the Rubezahl Castle Hotel. All day dining is available between the Cafe Bar, Castle Restaurant, and Wine Cellar, all of which are under the management of the talented Czech chef and his team. The hotel focuses on traditional Czech cuisine with a modern flair – a slight twist on the homestyle fare of western Bohemia.

We enjoyed lunch at the Cafe Bar in the garden, which serves a variety of light sandwiches and lunch dishes, pastries, snacks, coffee, tea, and a really wonderful selection of Czech beers. Don’t forget to try the mushroom soup, it was amazing! In the evening, we dined in the candle-lit Castle Restaurant. The meal was freshly prepared with local ingredients, from the vegetables and herbs to the meat and fish. Everything was wonderful, and of course it was topped off with a selection of local wines, straight from the Wine Cellar. One evening, we also partook in a wine tasting of local Czech wines. The cellar is stocked with exceptional wines, mostly from the Bohemia and Moravia regions of the Czech Republic. They range from very well known wineries to small productions, but everything we tasted was delicious.

Things to do Nearby

There is so much to do in the Marianske Lazne region! The town is ideal for exploring in an afternoon, and truly feels like a fairy tale. Don’t miss the lovely little miniature village at Park Boheminium, which has tiny replicas of Czech castles, palaces, landmarks, and more. During the winter, this beautiful region falls under a magical spell and becomes a ski resort, while in the summer it is a popular golf course.

Other activities that guests can participate in include horseback riding, hiking, or visiting the deer park.

My friends and I really enjoyed our stay the the charming Rubezahl Castle Hotel. It felt like we were in a fairy tale! I highly recommend this hotel for anyone in the western Czech Republic and anyone interested in a relaxing weekend getaway in a unique part of the world.

I was a guest at the Rubezahl Marienbad Castle hotel, but as always opinions are my own.

Warm places to visit in February in US

Best Places to visit in Italy in September