Greece is a beautiful country full of exciting places to visit and amazing thing to do. Although I was born and lived here most of my life I still haven’t visited all the places I would like. Exploring the whole country is something that I really want to do but there are some places that are on the top of my list.

The Dragonlakes or Drakolimni in Greek are several alpine and sub – alpine lakes situated in the mountains of Epirus region in northwestern Greece. I would particularly like to visit the Drakolimni of Tymfi which is situated at an altitude of 2050m above sea level on the mountain range of Tymfi in Vikos national park. The lake is a 5 hour walk away from Papingo village.  The lake is inhabited by spice called alpine newt that resembles a small dragon. 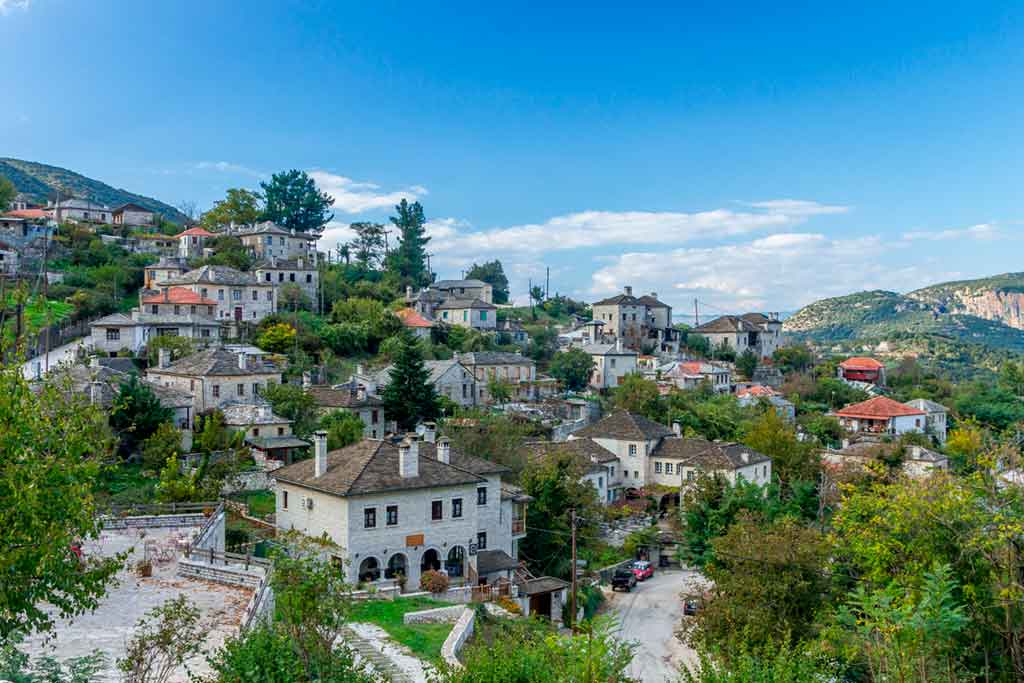 The Zagorohoria or Zagori villages are 46 traditional stone villages in Epirus region. They are tucked into the Pindos range and offer visitors beautiful architecture, many hiking trails including the Vikos gorge and tasty traditional cuisine. 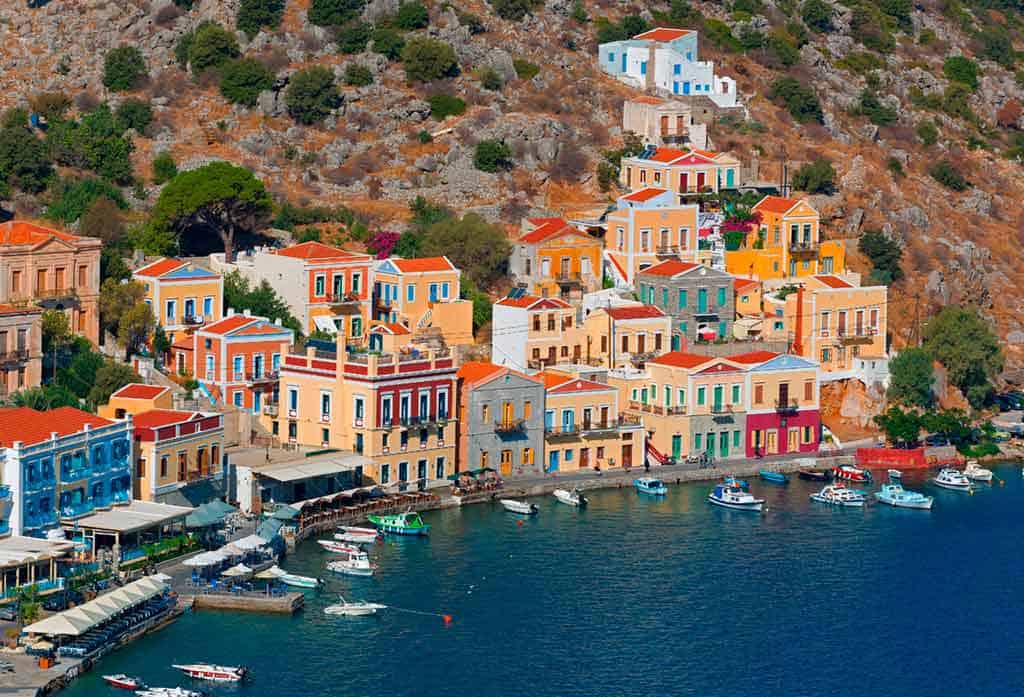 Symi is a very small island in the Aegean sea an hour away from Rhodes. The town of Symi is very picturesque with brown and yellow houses built ampitheatrically overlooking the blue sea. Simi is perfect for hiking and it also has the beautiful monastery of Taxiarches on the south of the island. I would love to spend a couple of days there or make a day trip from Rhodes. 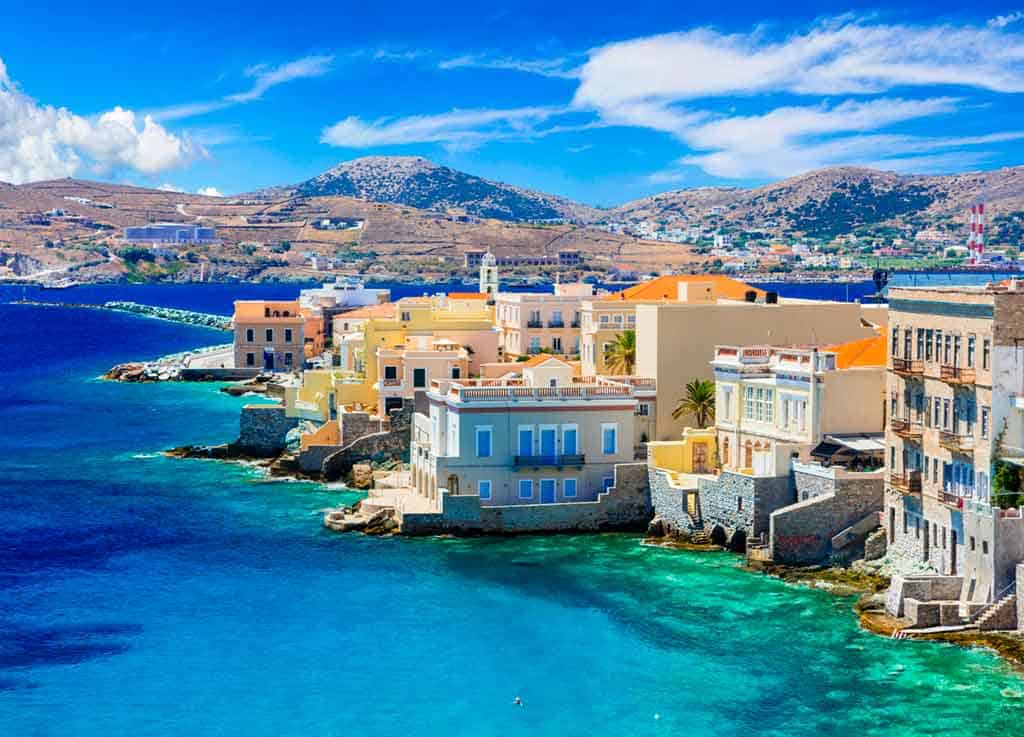 Syros is part of the Cycladic islands and it’s only 3 hours and 30 minutes away from Athens. Its capital Ermoupolis is very picturesque with neoclassical buildings, Venetian mansions and beautiful churches. The island also has magnificent beaches.

Skopelos is part of the Sporades islands. It is famous from the movie Mamma Mia that was filmed on the island. It has white sand beaches with turquoise water. 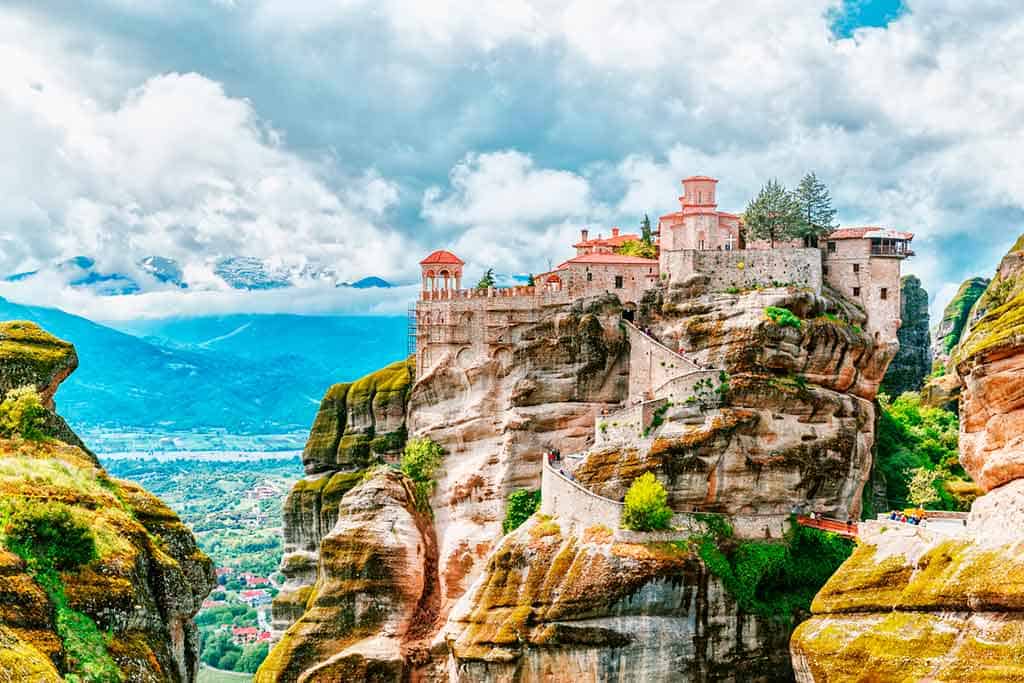 Meteora is a truly magical place in central Greece.  It is one of the largest and most important religion complexes in Greece. The six monasteries are built-in impressive sandstone rock pillars. Although I have passed from Meteora in the past I would like to explore them more in the future. 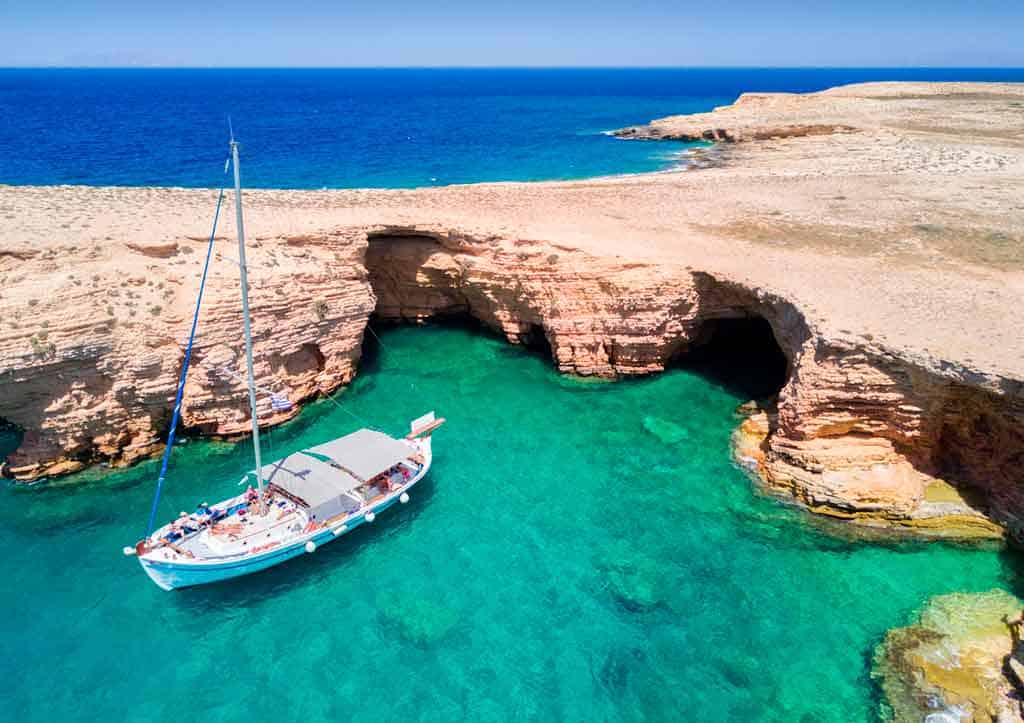 Three small islands on the Aegean sea close to Naxos island, where only one is inhabited. Very peaceful islands with incredible crystal clear waters and sandy beaches. 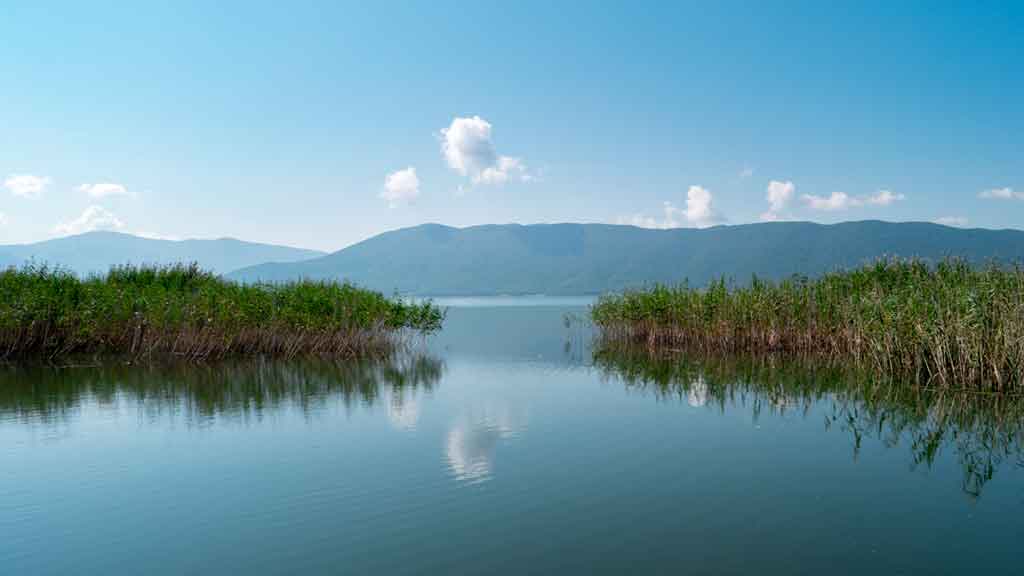 The Prespa lakes are located in Florina region in Northern Greece. They are one of the most important wetlands in Europe. It is a great place for bird lovers as the lakes are a paradise for the migratory birds like the Dalmatian pelican, the cormorant and the hero. Other activities include boat rides in the lake , a visit to the island of Saint Achilios in Small Prespa where you can see  the ruins of the 10th century church of the same name. The area has great food as well including fresh fish from the lake called carp, florinis peppers and a kind of beans called gigantes. 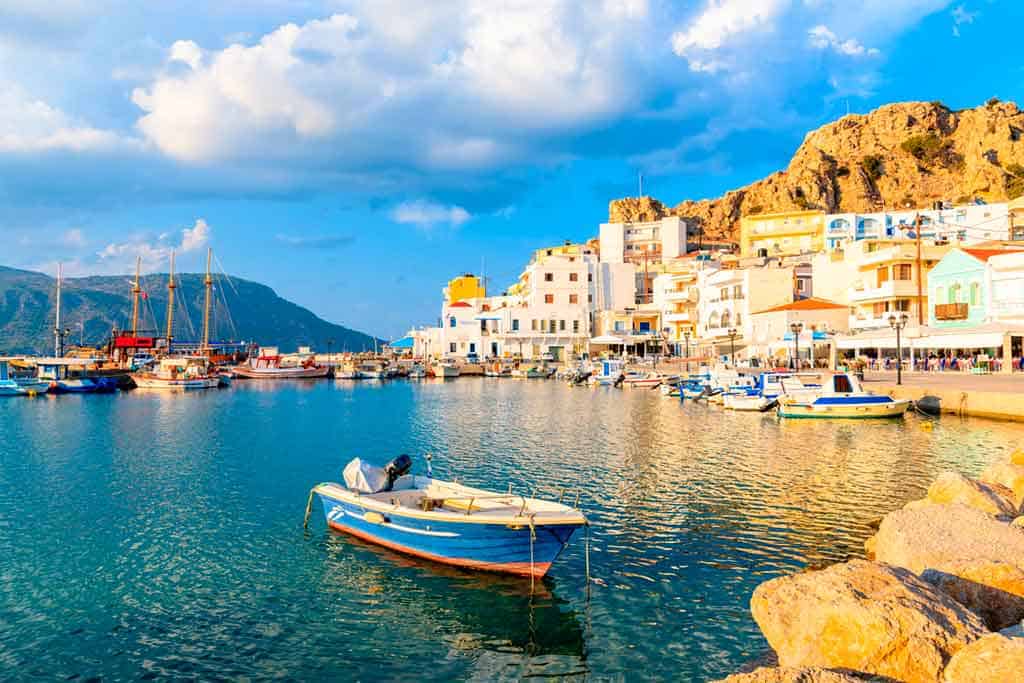 Karpathos is part of the Dodecanese islands. It is mostly a mountainous island with incredible nature like pine tree forests, vineyards and water springs. It has a very picturesque village up on the mountains called Olympos that is worth seeing, incredible beaches and tasty food. 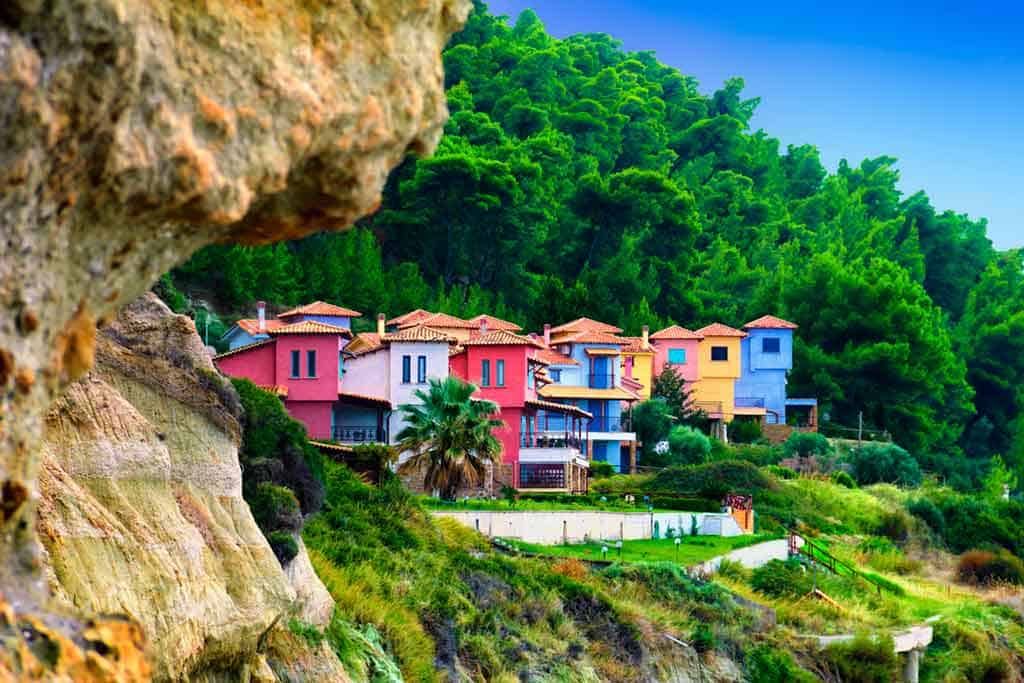 The area of Halkidiki is a natural paradise with lush green vegetation that reaches the turquoise waters of the sea, white sand beaches either remote or with beach bars and water sports, incredible food, hiking paths on the mountains and archaeological sites like Mount Athos with the unique Christian monuments only accessible to men. 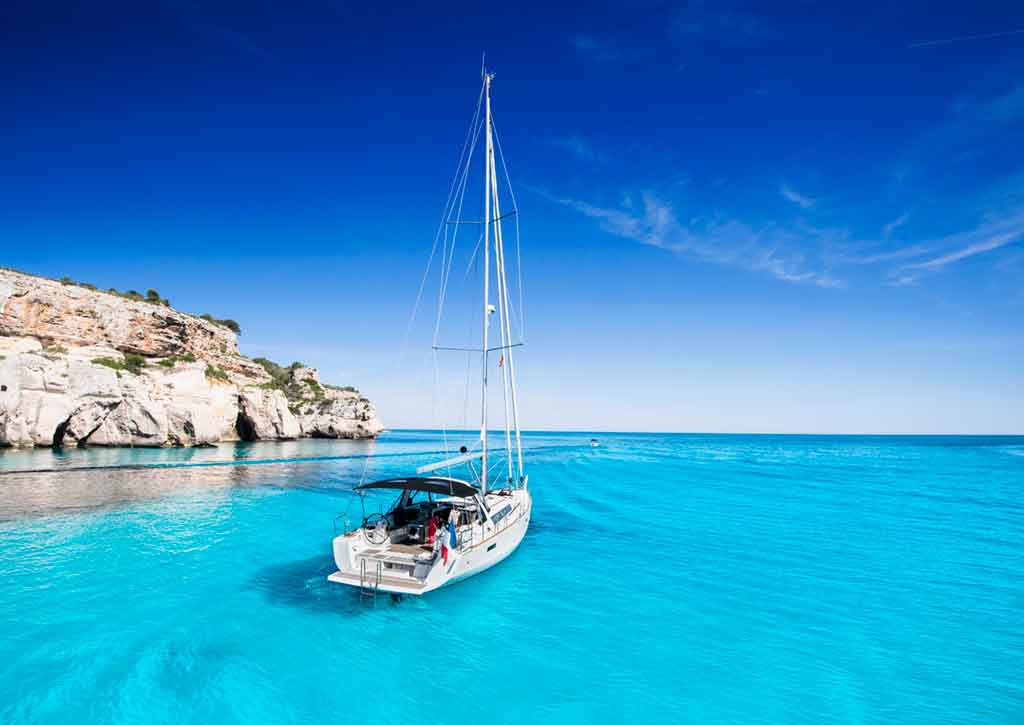 Greece has many Greek islands worth exploring and even more remote beaches ideal for swimming. Renting a boat is the best thing to do so that you can enjoy Greece to the maximum.

Here is my list of the top places I would love to visit in Greece, among others. Let’s see how many I will manage to visit in 2016.

Have you been to any of the above places?