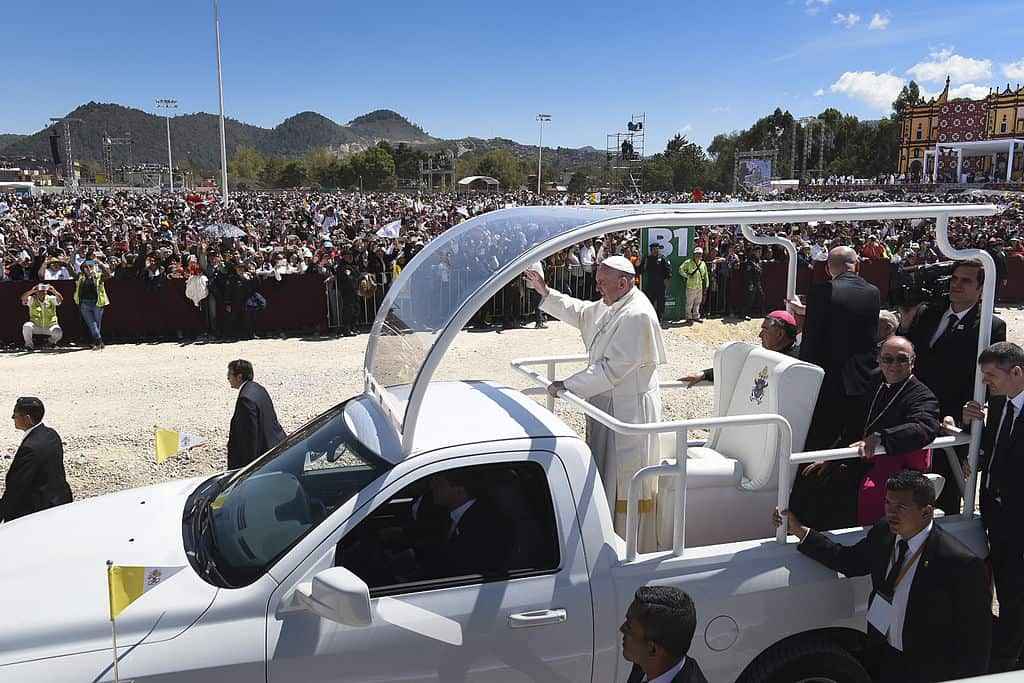 As Pope Francis is departing for his Apostolic Journey to Colombia that will be taking place from today to the 10th September, heading back to Rome on the 11th, let’s see how the Pope usually travels.

Even though flying around the World is an important part of his “job” – this is Pope Francis’ 20th journey abroad – he does not own an airplane. The aircrafts that the Pope uses for all his flights to different countries, ironically renamed Shepherd One by CNN from the U.S. President’s Air Force 1, are owned by the Italian Company Alitalia (also the pilots and the cabin crews come from it).

As an alternative for short journeys, the Pope can also use a helicopter AW139 of the Italian Air Force departing from the Vatican City Heliport (which also has its name in Latin: Portus helicopterorum Civitatis Vaticanae). 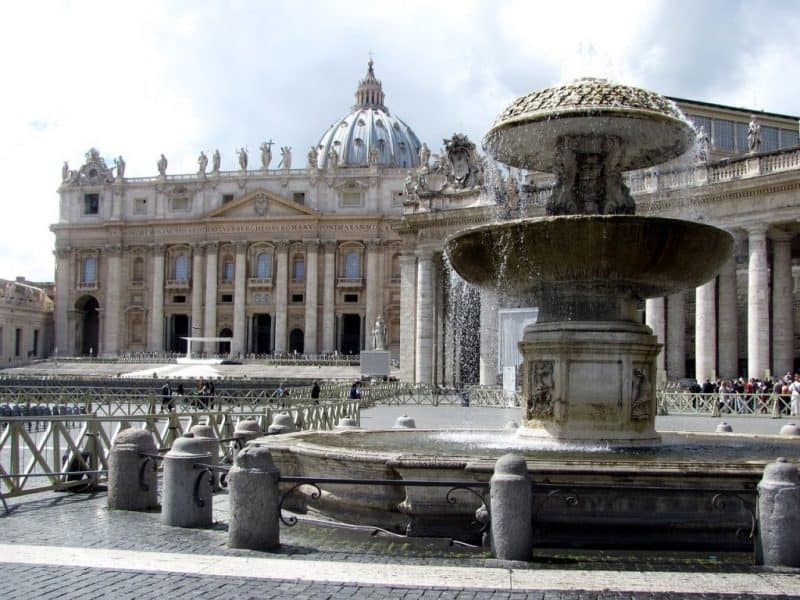 Every super hero has his own car: the Popemobile

During the official events, the Pope has a special featured car: the Popemobile, which is licensed SCV1 (State of the Vatican City) and can protect him from the weather but also keep him safe from bullets and bombs. This car usually drives him up and down Saint Peter’s square so that he can personally meet all the people attending the Audiences or the Mass.

Nevertheless, sometimes, if you are lucky enough, you might be meeting Pope Francis “unofficially” walking around the Vatican for his own duties. So, keep your eyes wide open during your shopping, as I always do when I go to Savelli Religious Vatican Gift Shop for my purchases!

Did you know that the Vatican Railway is the shortest one in the World? With its 1,27 kilometres, it connects the Vatican City with the closest train station on Italian soil, which is, of course, Rome Saint Peter.

Completed in April 1932, it took quite a while to see a Pope taking the train from the Vatican Station: it was 6:30 in the morning on the 4th October 1962 when Pope John XXIII started his pilgrimage to Loreto and Assisi from there. And in 2002, also Pope John Paul II took a train from this station to go to Assisi. Of course, we are waiting for Pope Francis to join his predecessors! 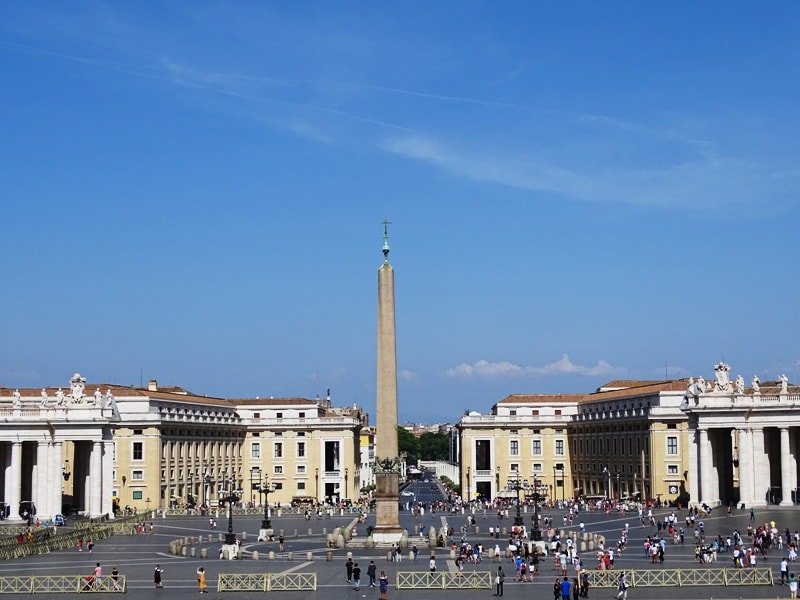 Some curios means of transport

In May 2011, Pope Benedict XVI was on a two-days visit in Venice, and he took a ride on a gondola, the typical Venetian boat, along the Grand Canal. Just like Pope John Paul II did in June 1985!

Through the centuries, many Popes have also used a ceremonial throne called “sedia gestatoria,” which was basically a richly adorned armchair carried on shoulders by the “Sediari Pontifici.” Its function was to make the Pope more visible for the pilgrims, and it wasn’t until the Papacy of Paul VI that its use was firstly reduced. Ever since 1978, Pope John Paul I barely used the chair and then it was John Paul II that definitely replaced it with the above-mentioned super car aka the Popemobile.