The small Greek island of Patmos is situated in the Aegean sea and is most renowned for being where Saint John’s  vision and writing of the Bible’s Book of Revelations took place. For this reason, it is an important and ancient pilgrimage site for Christians. Visitors can see the Cave of the Apocalypse where the book was written as well as monasteries dedicated to the saint, which were declared World Heritage Sites by UNESCO along with the capital and historical city of Chora. Today, along with its intense spiritual significance, the island boasts a unique beauty with its sheer cliffs and volcanic soil which draws people from all over the world to its shores.

Things to do in Patmos, Greece

Lying in the southern central part of the island, Chora is the capital of Patmos and is built around the towering Monastery of Saint John. The city ripples with whitewashed houses, beautiful mansions and courtyards flourishing with flowers, some of which date back to the 15th century. Visitors can revel in the numerous charming restaurants, cafes and shops within the capital. Its narrow alleyways were originally built to avoid pirates and Turks, but a night walkthrough them is recommended for its romantic feel.

Visit the Monastery of Saint John

Sitting like a regal castle overlooking Chora, the Monastery of Saint John is the most important religious center of the island and its presence can be seen from everywhere. It was founded in 1088 by Ossios Christodoulos and was built with Byzantine architecture in mind, as seen in its thick walls, towers and ramparts. Within the monastery are exquisite chapels, an impressive museum, precious relics, vestments and garments and an extensive library with over 2,000 volumes, 13,000 historic documents and 900 manuscripts. We were very fortunate not only to visit the library that is open only to scholars but to have lunch at the monastery. 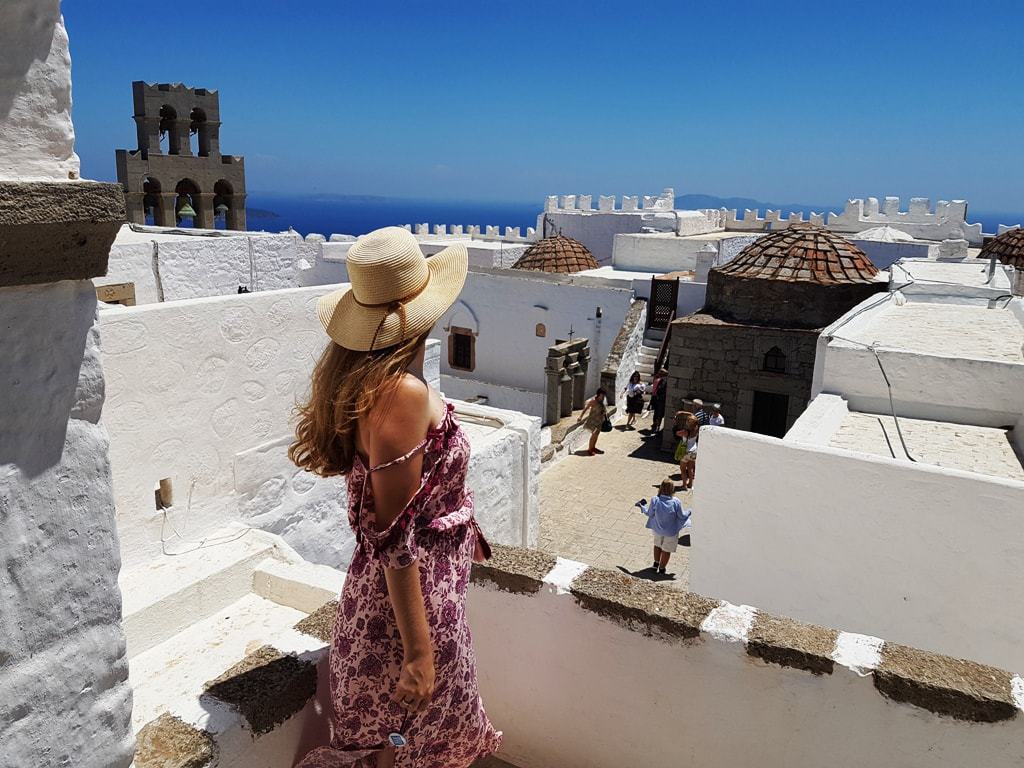 Visit the Cave of Apocalypse

Located halfway up the mountain of the Monastery of Saint John, the Holy Grotto holds significant religious value as the place where Saint John recorded the visions he received in the Book of Revelations. In the cave, you can see mosaics portraying the visions, Saint John’s resting place where he used a rock as a pillow and the fissures where he heard the voice of God. It is a stunning example of a pilgrimage site and was declared a World Heritage Site in 2006. Please not that photography is not allowed inside the Cave, we had to take special permition.

Visit the Windmills of Chora

Sitting on top of a hill overlooking the Aegean sea, the three windmills of Chora were originally built for grinding cereals in the production of flour during the time of the Renaissance. Two of the windmills date back to 1588, and the third was built in 1863. As the manufacturing of flour moved to larger factories, the windmills fell into disuse and derelict. In 2009, however, the windmills were restored and today is a cultural, educational and conservational attraction. We were very to see the windmills with one of the people that helped during the restoration Mr Georgios Kamitsis.

Head to the Beaches 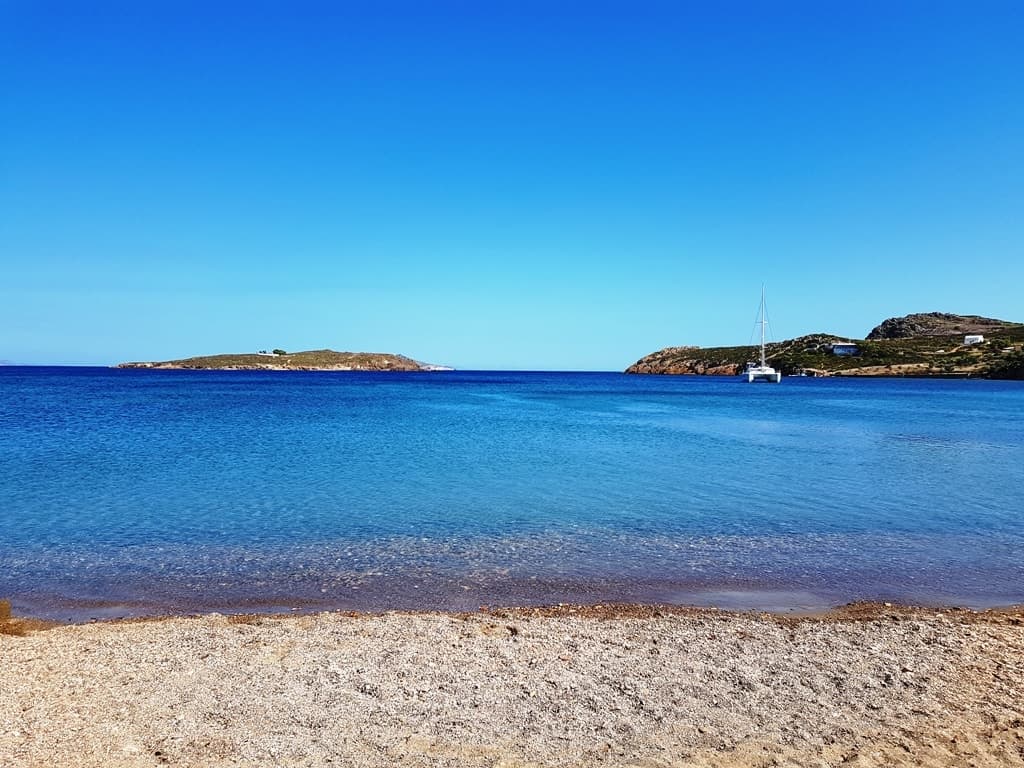 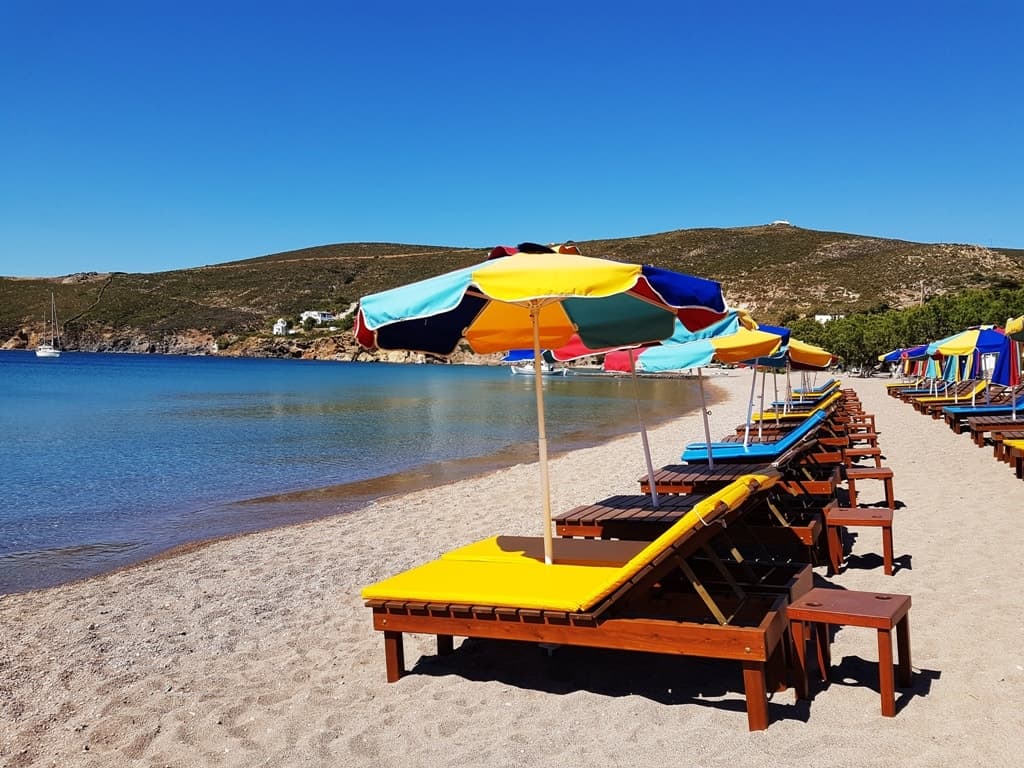 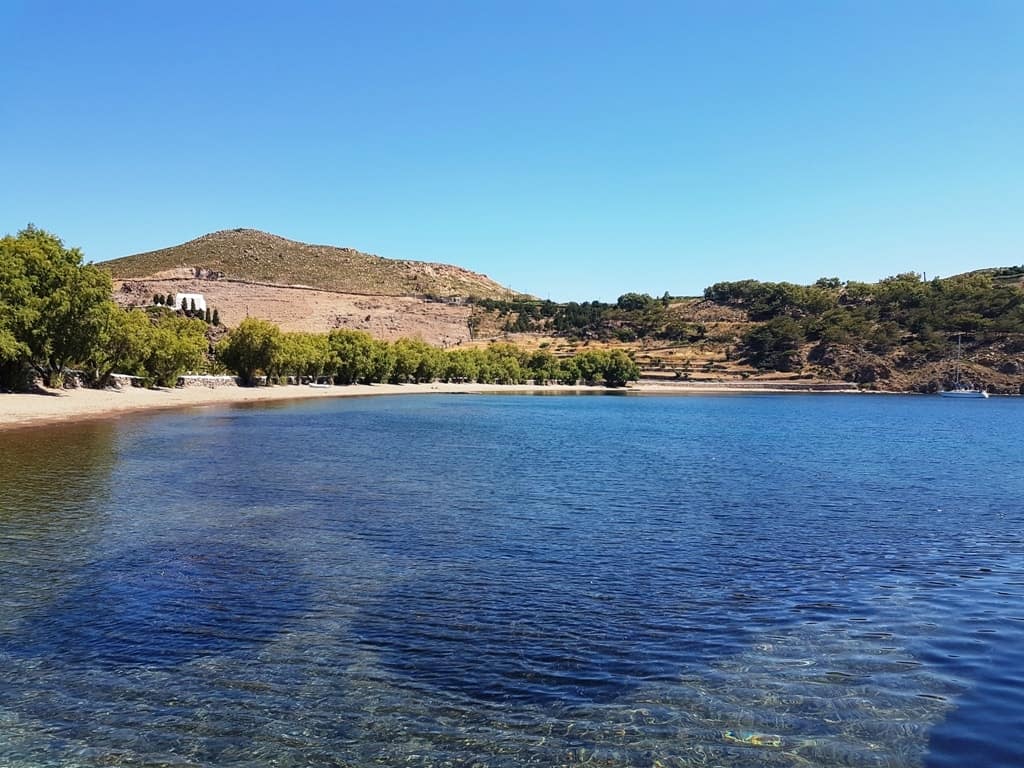 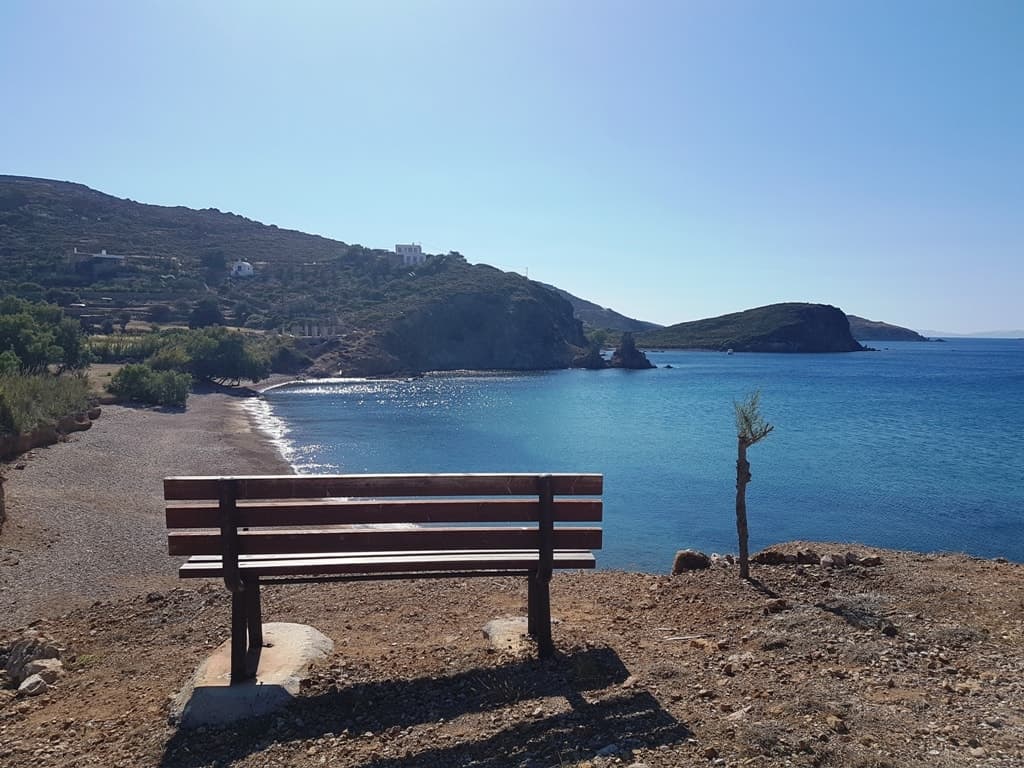 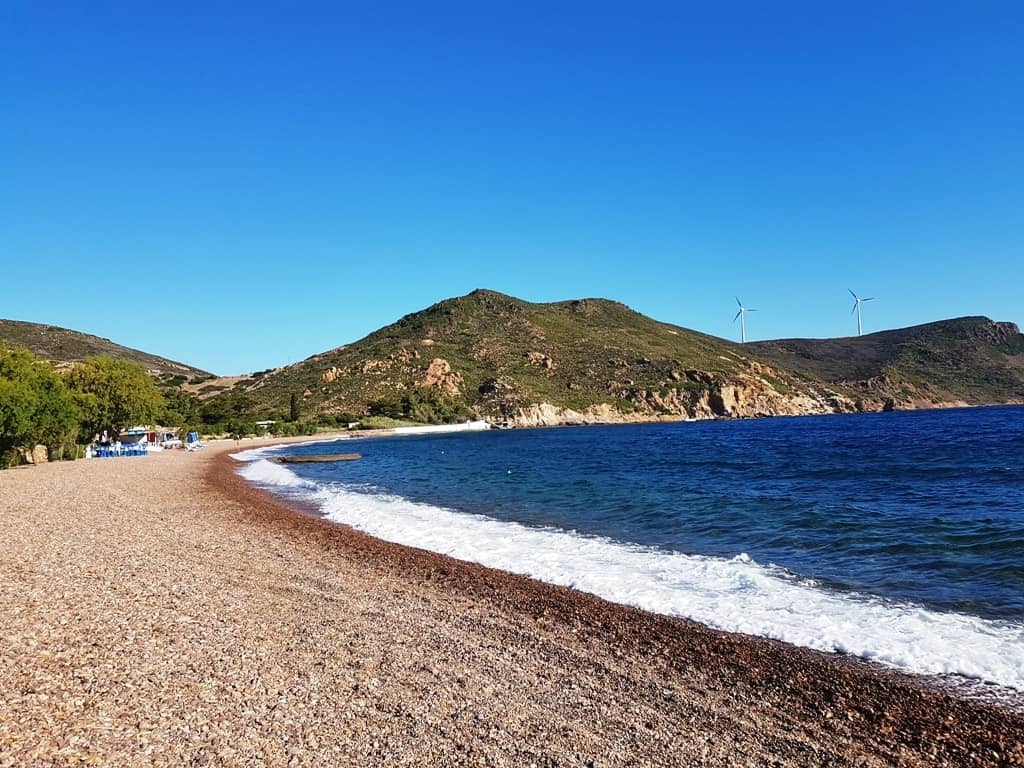 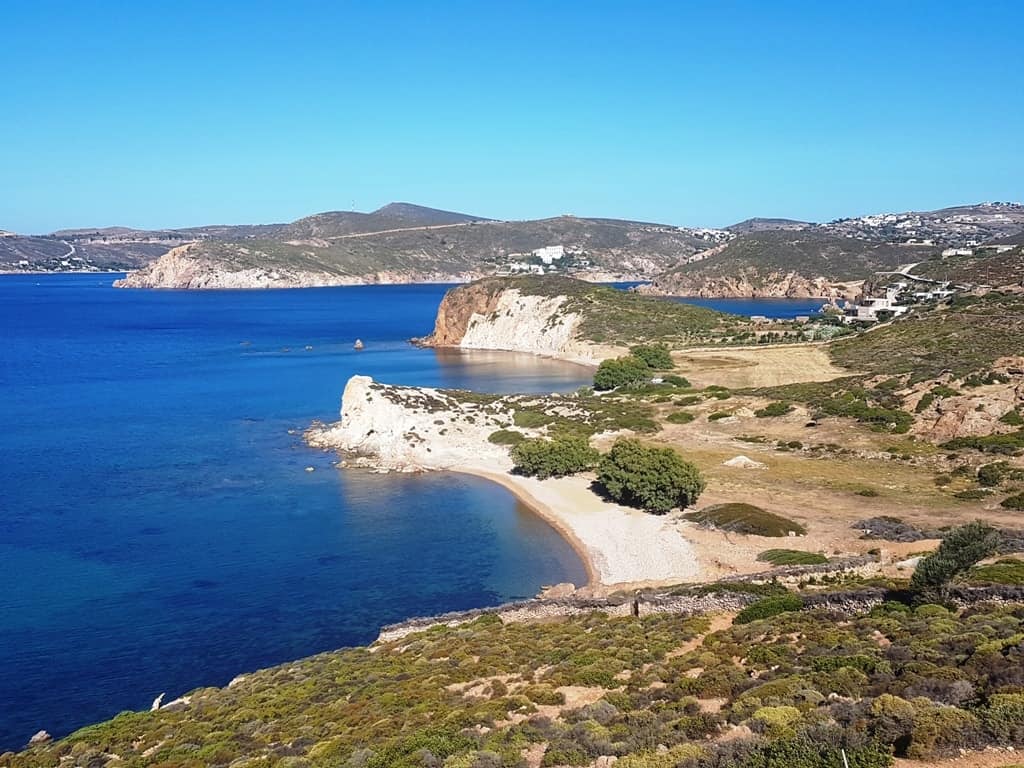 Visit the Village of Skala

Skala is the main port, the largest settlement of the island and is located right at the center of Patmos. As well as being the trade and commercial hub, it is filled with lovely sites to see, including the 17th century Church of Agia Paraskevi of Cavos where you can admire the magnificent view, an ancient ruin of an acropolis, the Monastery of Zoodochos Pigi and the church of Panagia Koumana. Visitors can also browse the picturesque taverns, restaurants, bars and shops filled with tasteful souvenirs and beautiful summer clothes.

Make a day trip to the islands of Arki, Marathi and Lipsi

During the day, visitors can travel to the islets of Arki, Marathi and Lipsi through boat excursions that run daily from the northwest end of Skala quay. Lipsi been spruced up due to tourism and thus has more to see and do, while Arki and Marathi are less populated and offers long, sandy beaches. Departures to Lips run from 8.30–10am and returns back at 3–4pm on the Patmos Star; departures to Arki are on board the Nisos Kalymnos and departs from 9.20am on Tuesday and Friday or 11.20am on Sunday, returning at 5.45–6.30pm; and departures to Marathi run from 9am, arrive after 10am and return at about 4pm.

Where to Stay in Patmos

Porto Skoutari Hotel. Located only 1km north from Skala, this luxurious hotel boasts sweeping rooms decked out in antique furniture, lush gardens and beautiful see views. I had the pleasure of staying there and found the owner and staff to be of attentive and excellent service. Amenities include a spa center, a gym, a Greek buffet breakfast, high-speed Wi-Fi and free hotel transfers.

Patmos Akti. This chic and sophisticated 5-star hotel is located 4km from the Skala ferry terminal. The rooms are designed to be minimal but stylish, with Wi-Fi, flat-screen TVs and balcony pool views. Amenities include a complimentary breakfast buffet, a spa, two pools and a chauffeur service and a private boat trip available for a fee.

Click here for the latest prices and to book a room.

Hotel Romeos. Built on a hill and housing 60 bungalow-style rooms, this hotel is furnished with a light and modern design. It is located only 500 meters from the port of Skala. Each room has its own bathroom with toiletries, a refrigerator and a television. Ammenities include free Wi-Fi and parking and a complimentary breakfast buffet.

Eirini Luxury Hotel Villas. Built above Loukakia Beach, this stone-built hotel houses beautiful rustic-style villas. Each room is tastefully decorated with beamed ceilings and dark wood floors and offers a furnished living room, a fireplace and a balcony overlooking the Aegean Sea. Amenities include a pool, a bar and the elegant Pleiades Restaurant, where the chef was awarded a Michelin Star.

Click here for the latest prices and to book a room.

Where to Eat in Patmos 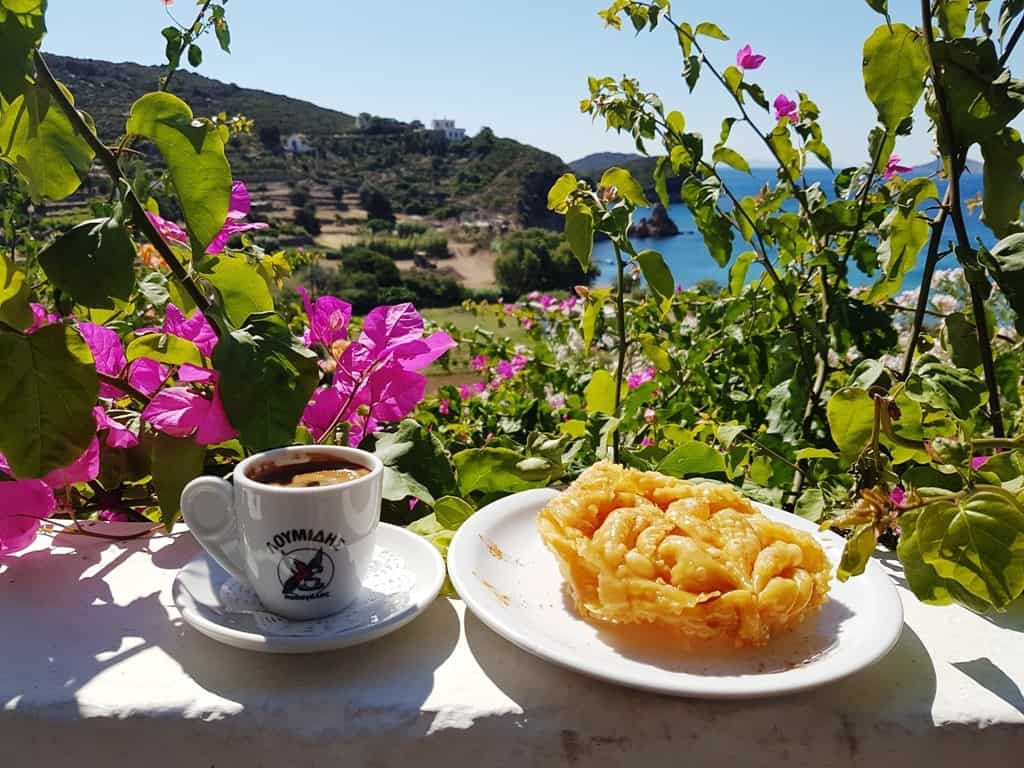 How to get to Patmos

Patmos is connected to Athens by ferry and the crossing takes approximately 8 hours. We traveled to Patmos by Superfast Ferries and we had a very enjoyable journey.

Click here for the ferry schedule and to book the ferry tickets.

Other ways to get to Patmos is go by plane to the nearby islands of Leros, Kos, Samos or even Rhodes and take a boat from there. The best option is Samos as the airpost is really close to the port.

While in Patmos it is recommended that you hire a car in order to explore the island. We used the reliable service of Patmos Rent a Car.

The best time to visit Patmos is in June and September while the weather is warm and all the businesses are open. During July and August the island is packed with visitors.

Not only is Patmos a place heavy with religious and cultural importance and a revered site of pilgrimage for Christians, it is endlessly charming for its lovely villages and towns, beautifully pristine beaches and excellent cafes and restaurants. It is ideal for nature lovers and offers visitors a peaceful getaway where they can also connect with Patmos’ intense and intriguing past. While there is much to see, do and learn on this island, don’t forget to enjoy the tranquility it is so ripe with by taking the time to breathe and soak in the palpable spiritual atmosphere. 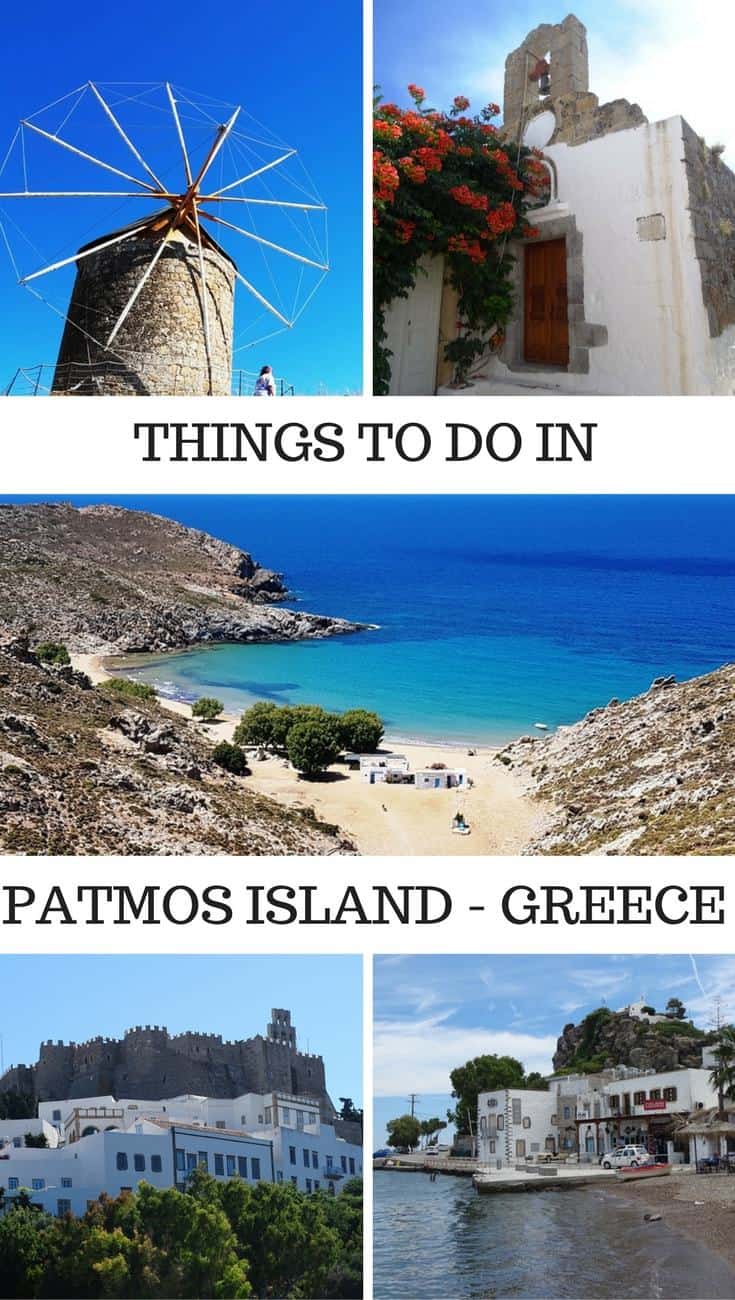 Have you been to Patmos? If you have any questions dosn’t hesitate to get in touch.

I was a guest of Patmos island, but as always opinions are my own.