Greece is blessed with its location on the culinary crossroads. Hence, Greek cuisine consists of elements imported from East and West. More so, Greeks specialize in combining those and creating signature Greek dishes. After all, the country producing some of the world’s best olives and olive oil can’t afford to be anything less than a great culinary destination. In the following, find out what to eat in Greece.

Popular Greek food to try while in Greece 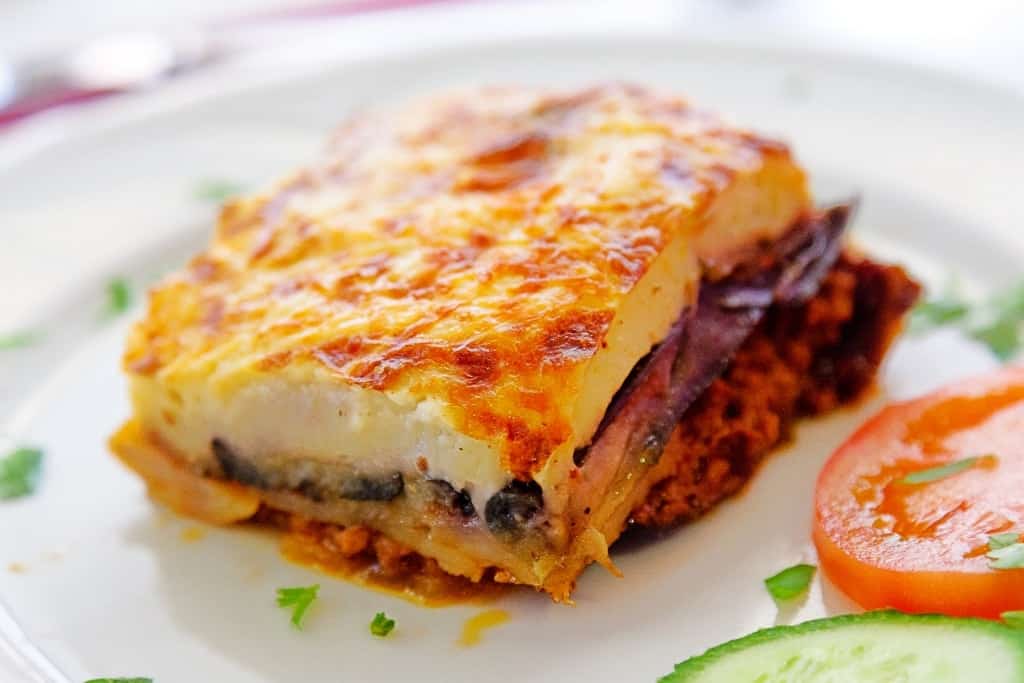 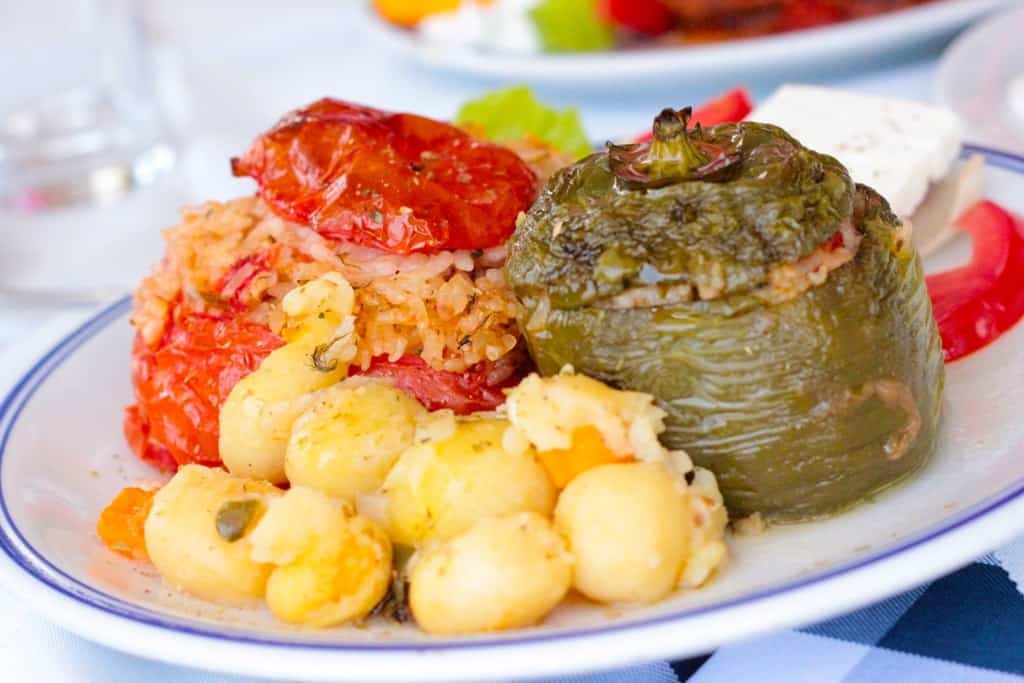 Gemista is the name relating to stuffed vegetables. Eggplants, tomatoes, bell peppers and zucchini are usually filled with rice, herbs and olive oil. Ground meat sometimes substitutes rice. Once stuffed, the dish bakes in the oven. 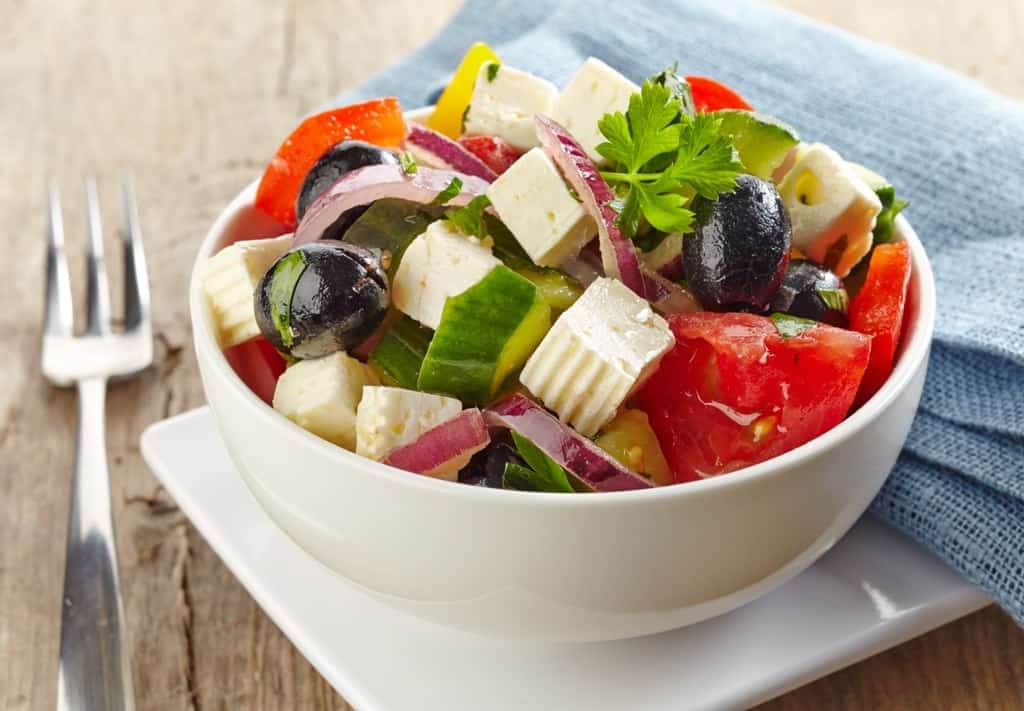 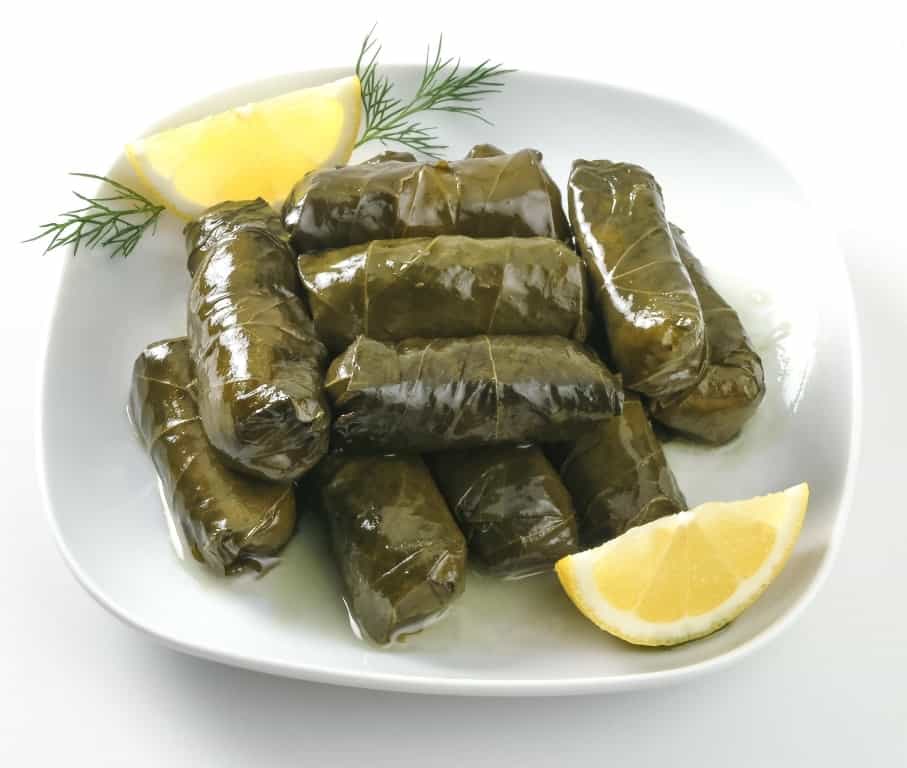 Dolmadakia is a traditional Greek dish composed of grape leaves stuffed with rice. If you can’t imagine a meal without meat, versions including ground meat are available, too. Dolmadakia is the most delicious in summer when grape leaves are fresh. 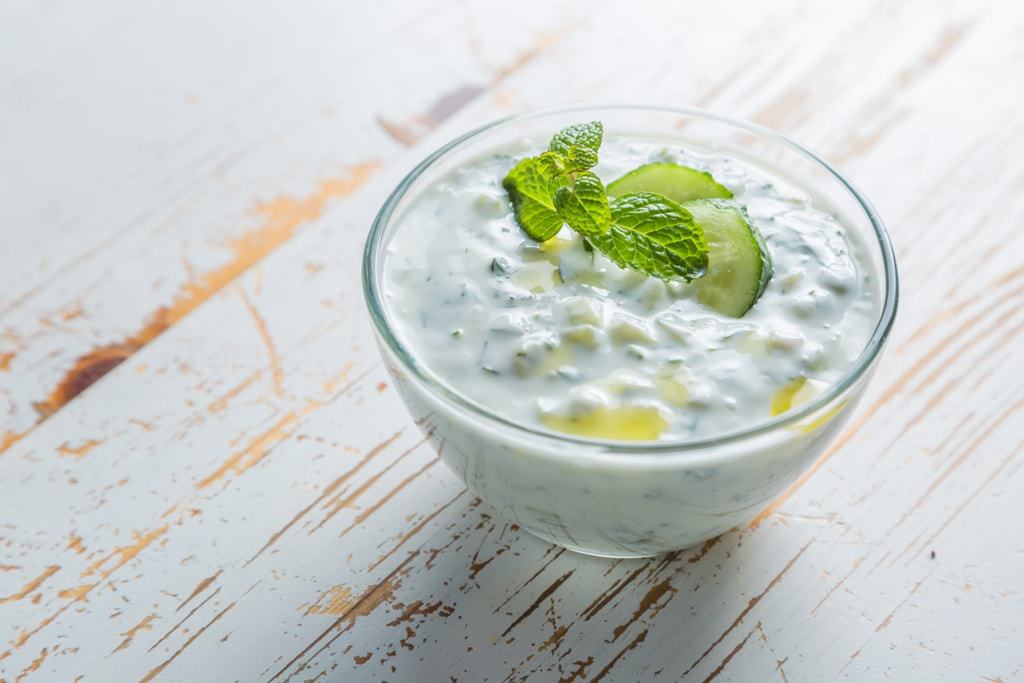 Tzatziki is a great appetizer and side dish. It is a combination of yogurt, thinly-sliced cucumbers, olive oil and garlic. Tzatziki is a perfect addition to most, if not all, dishes.

Saganaki Cheese, or fried cheese, is an unavoidable culinary specialty for cheese lovers. It is a juicy specialty melted inside and crusty outside. Every Greek region uses a different variety of cheese to make this mouthwatering meal. 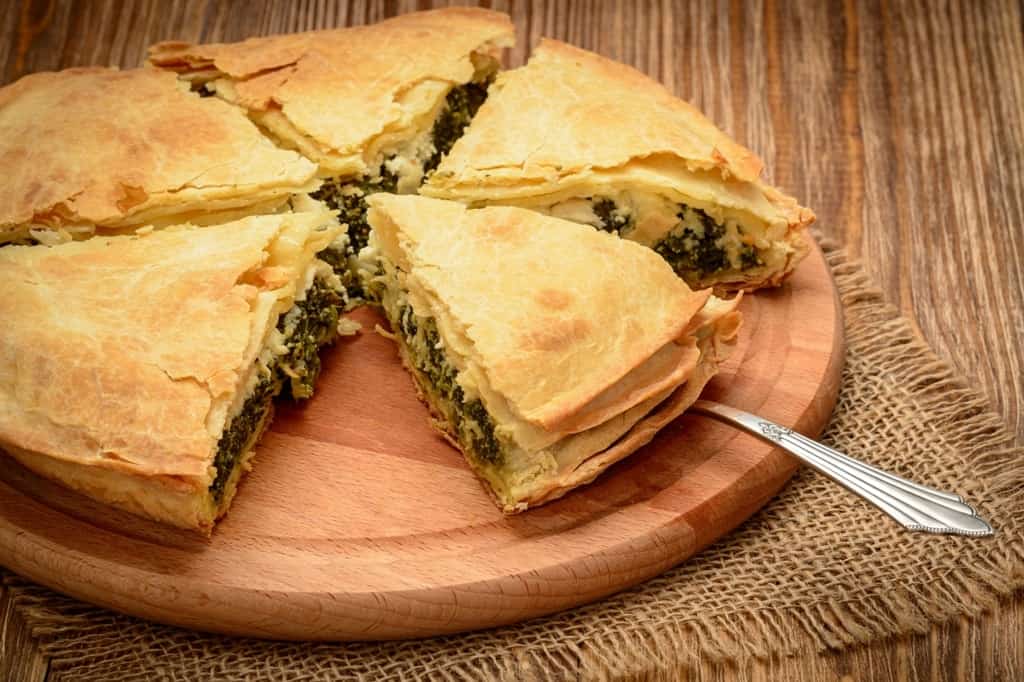 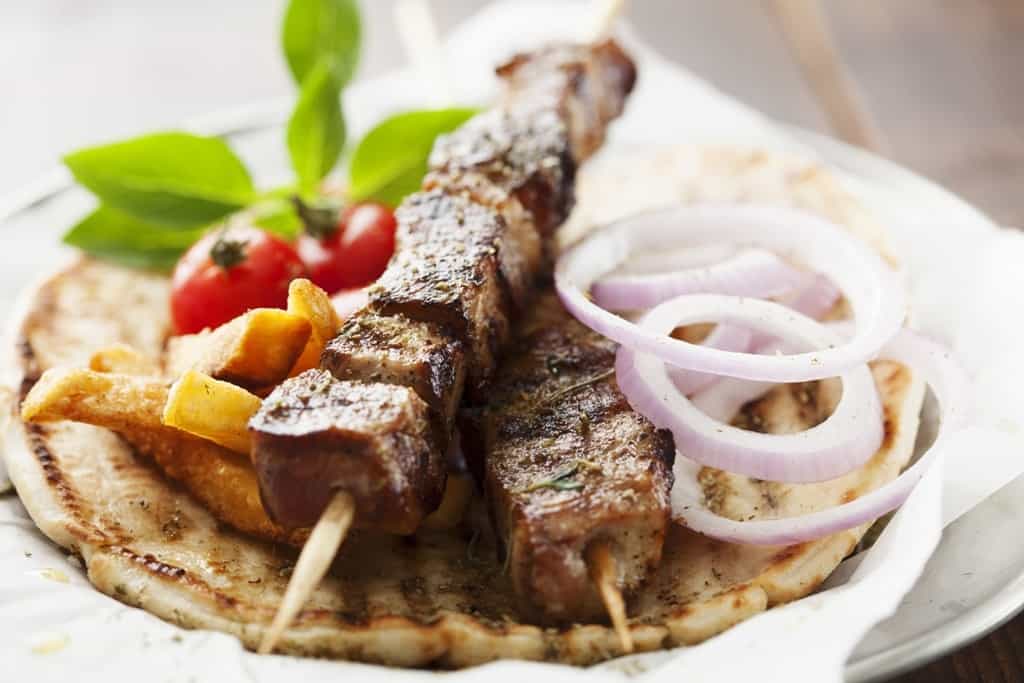 Souvlaki is the term relating to skewered pieces of pork or chicken meat. Lamb meat is also used sometimes, while the vegetarian-friendly version consists of vegetables. Tzatziki, onions and tomatoes are some usually served toppings. 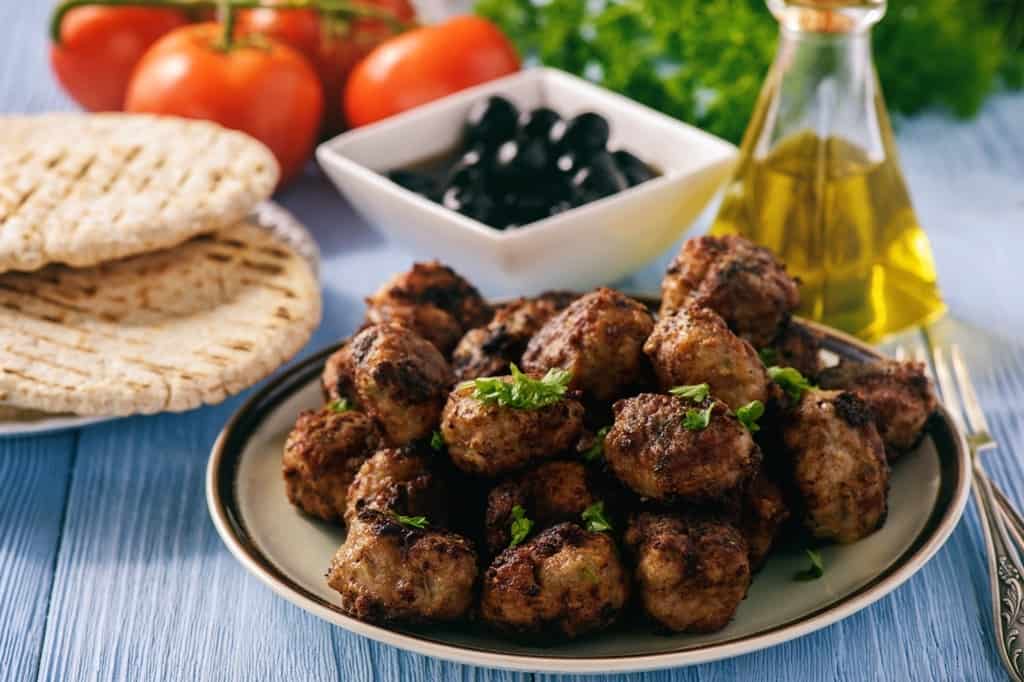 Kaftedakia, or traditional meatballs, is a savory addition to your Greek diet. Made from ground pork, beef or sheep meat fried in olive oil, meatballs are very juicy. They are typically served as appetizers and snacks. 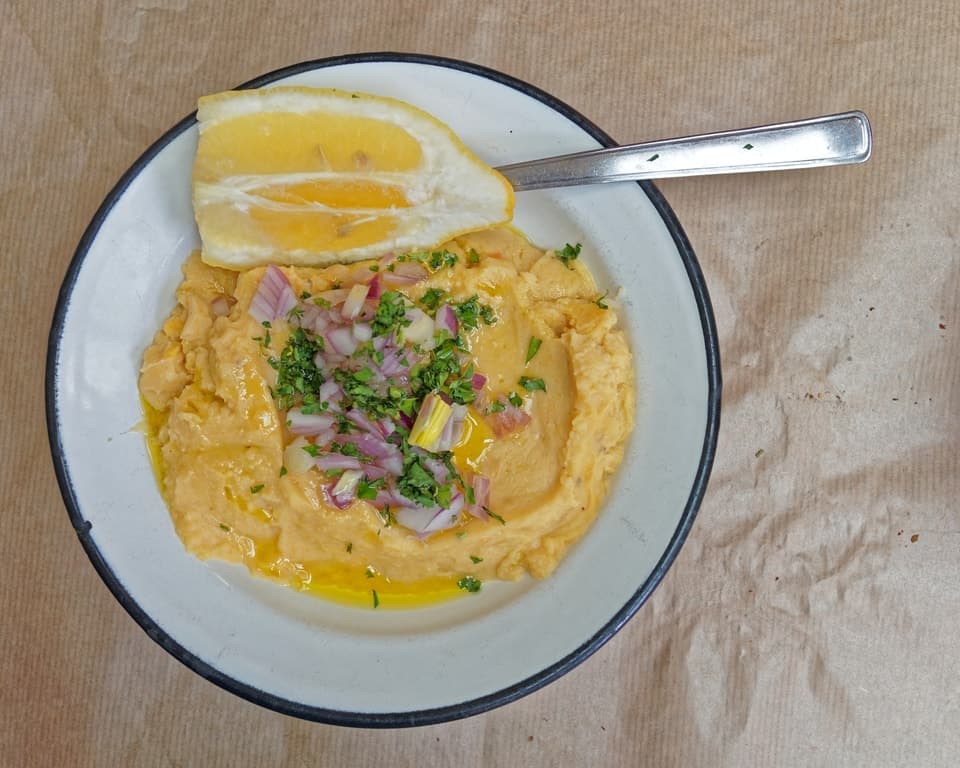 Fava is another signature Greek dish. Made from yellow split peas, Fava also includes olive oil, onion and lemon. Such a healthy and hearty dish is an antioxidant bomb. 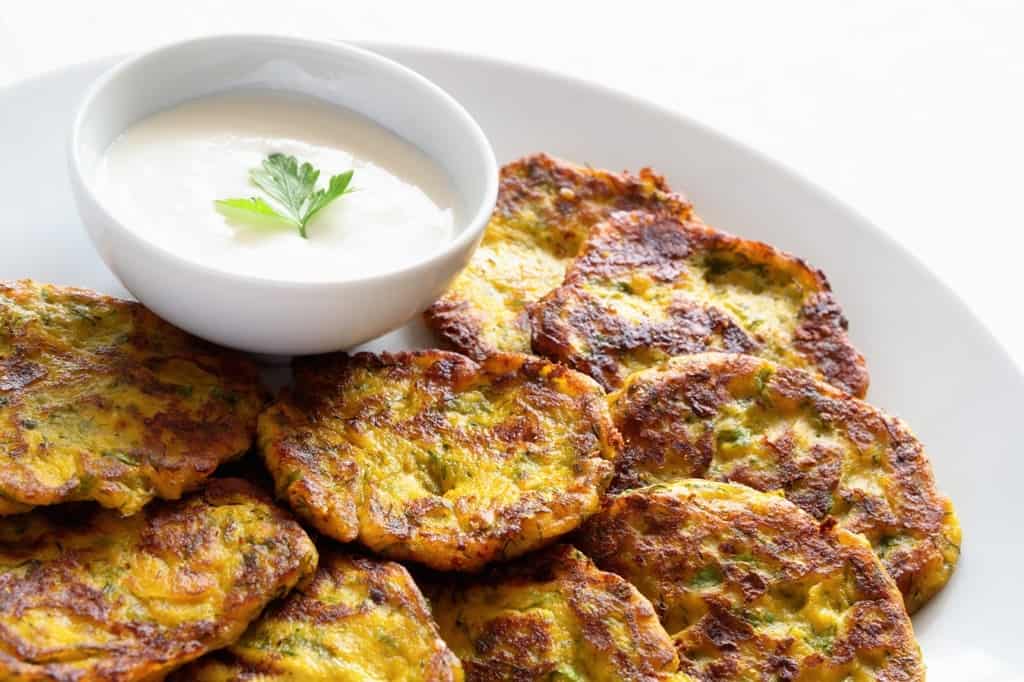 You may find this tasty dish under the name of Kolokithokeftedes in the Greek menu. It is a starter made from courgettes, virgin olive oil and feta cheese. After frying, the golden crust is crispy, while Courgette Balls remain soft inside. Fresh mint is among common additions. 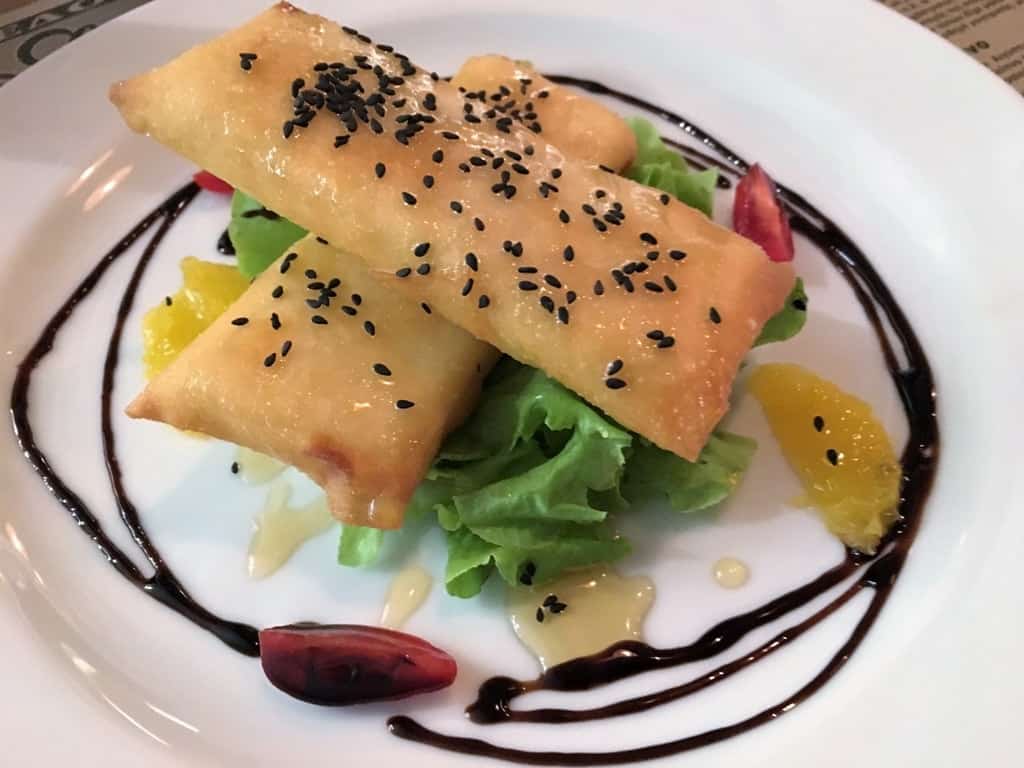 Maybe a mix of feta cheese and honey doesn’t sound much appealing. Yet, this amazing starter beats the odds. Phyllo dough sprinkled with sesame and featuring a golden crust wraps the filling. Besides as an appetizer, Feta me meli is a good snack. 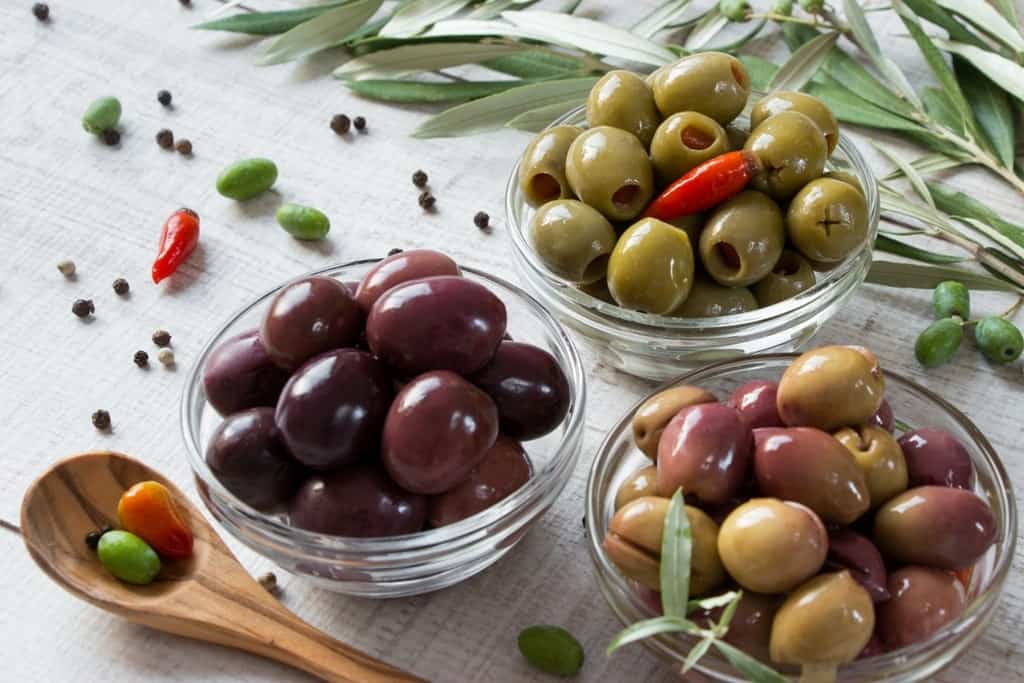 Greek olives are a perfect addition to any meal. They are flavorsome, healthy and satiating. Green and black Greek olives are delicious both fresh (juicy) and dry. You can have them either as a part of any meal or alone, they won’t leave you hungry. 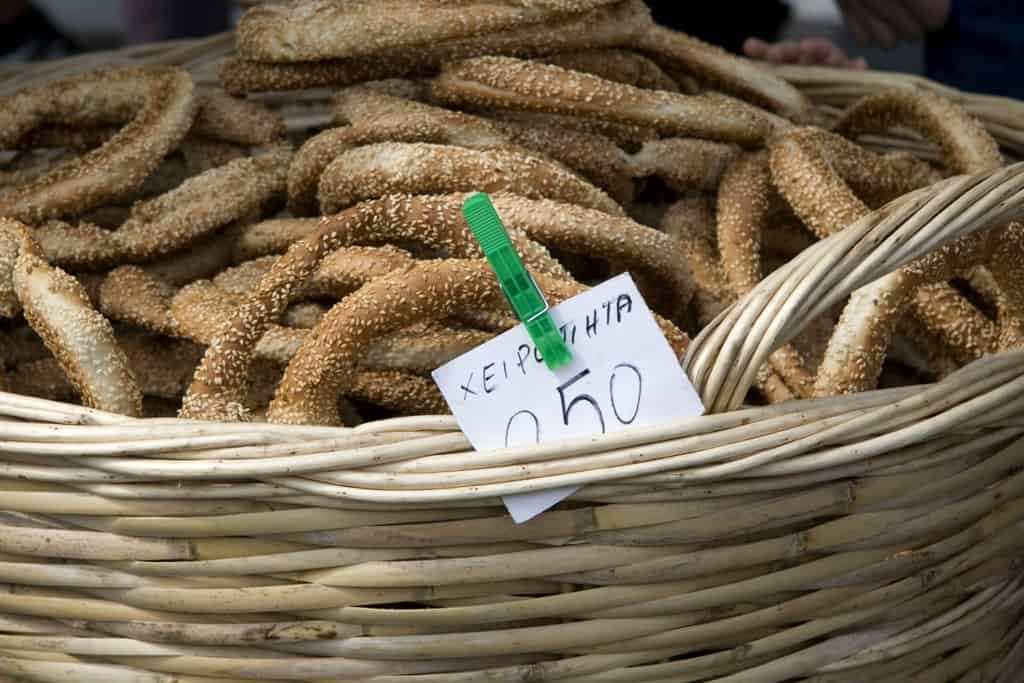 You will recognize Koulouri as a bread crown sprinkled with sesame. However, Koulouri is much more than that. The snack may include chocolate filling, cheese, grains or something else. And you can find it at street stalls and in bakeries. 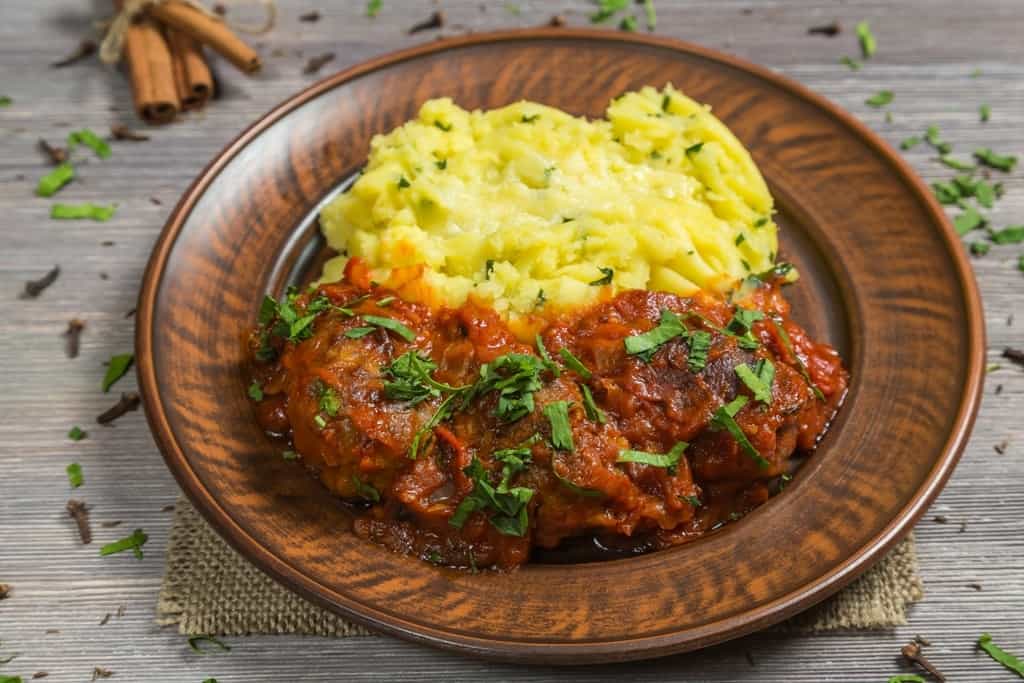 Soutzoukakia is another addictive dish based on meatballs. The difference is that these are baked in tomato sauce. The secret ingredient that improves the flavor is cumin. Olive oil, garlic, milk and eggs are some common additions. 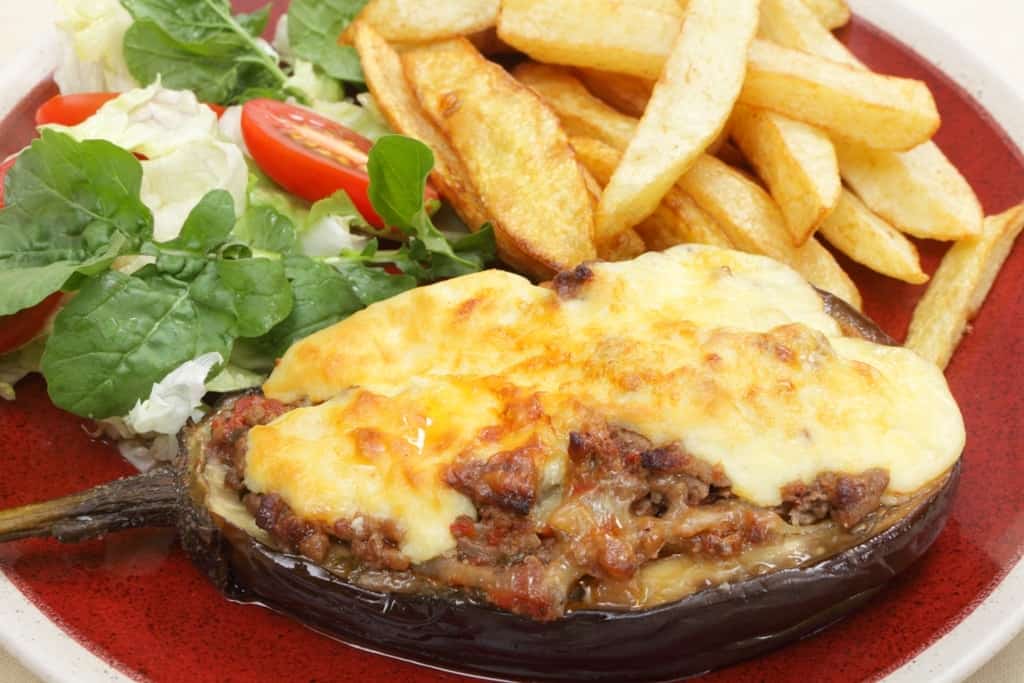 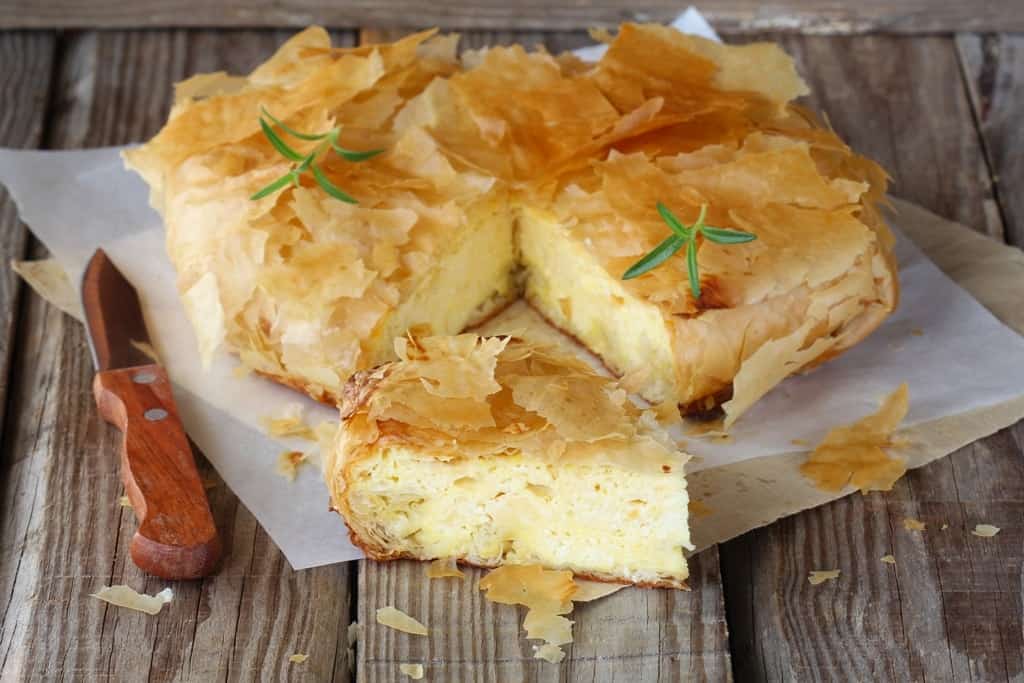 Greeks are fond of cheese. So, it is a small wonder that they make delicious pies. Traditional Tiropita is usually made from feta cheese and is a great snack or a starter. The cheese filling of this light pie is wrapped in phyllo dough. 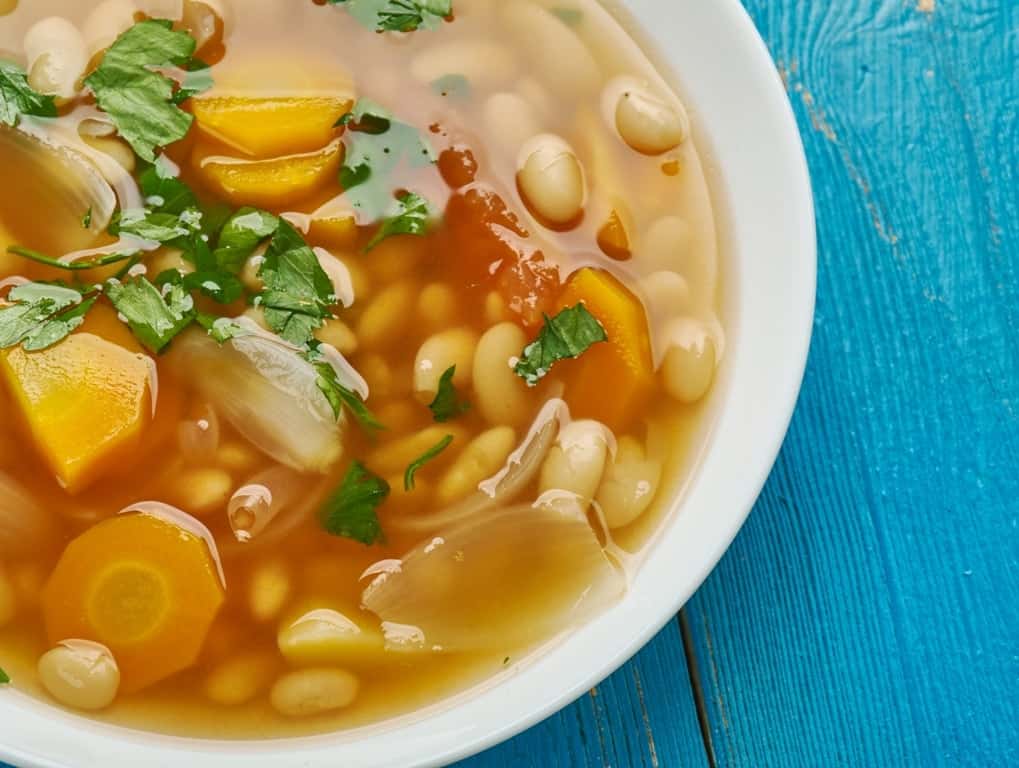 Fasolatha, also known as Fasolada or Fasolia, is a signature Greek bean soup. Based on water, Fasolatha is a simple, yet very filling and healthy dish. You should have the iconic soup when it’s cold or whenever you need to warm yourself. Locals also add olive oil by the end of cooking to make the soup more delicious and beneficial. 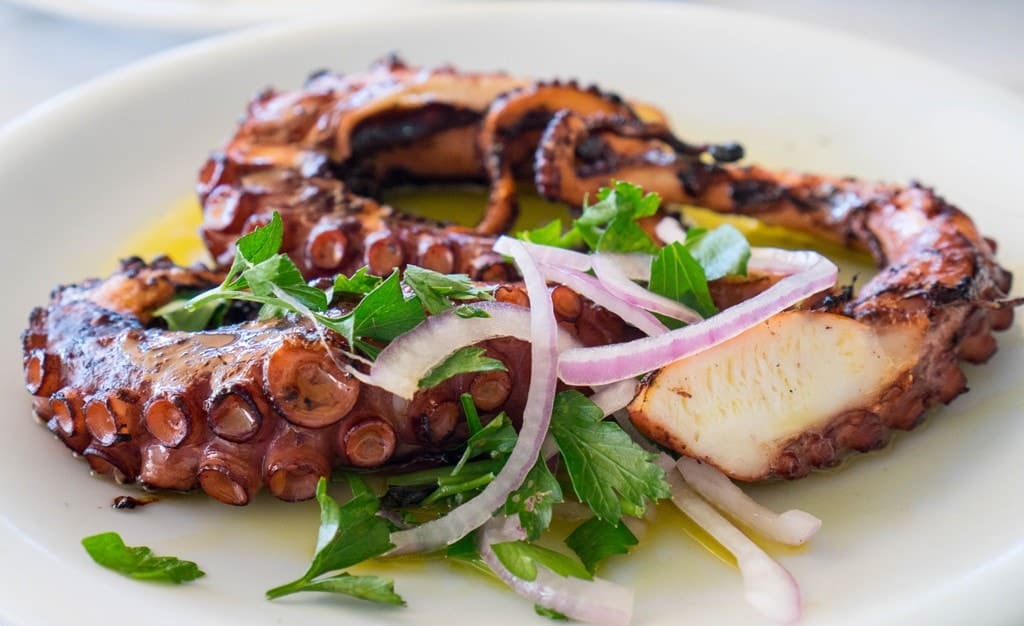 Grilled Octopus is among the most popular summer dishes in Greece. Tender and moist, it offers a big dining experience and is great paired with ouzo. 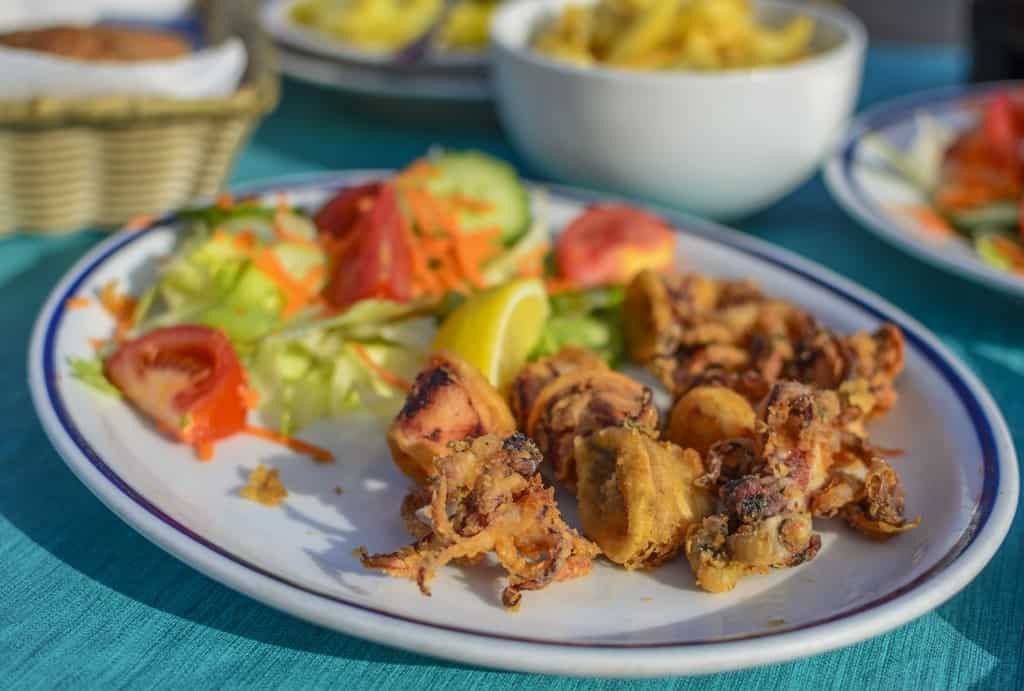 You can have fried kalamari (squids) as a starter or a main dish. And that’s the reason why you will more often find this Greek specialty in the starters section of the menu. Prepared either grilled or fried, they are juicy and soft either way. Complimentary side dishes are usually lemon zest, olive oil and garlic. 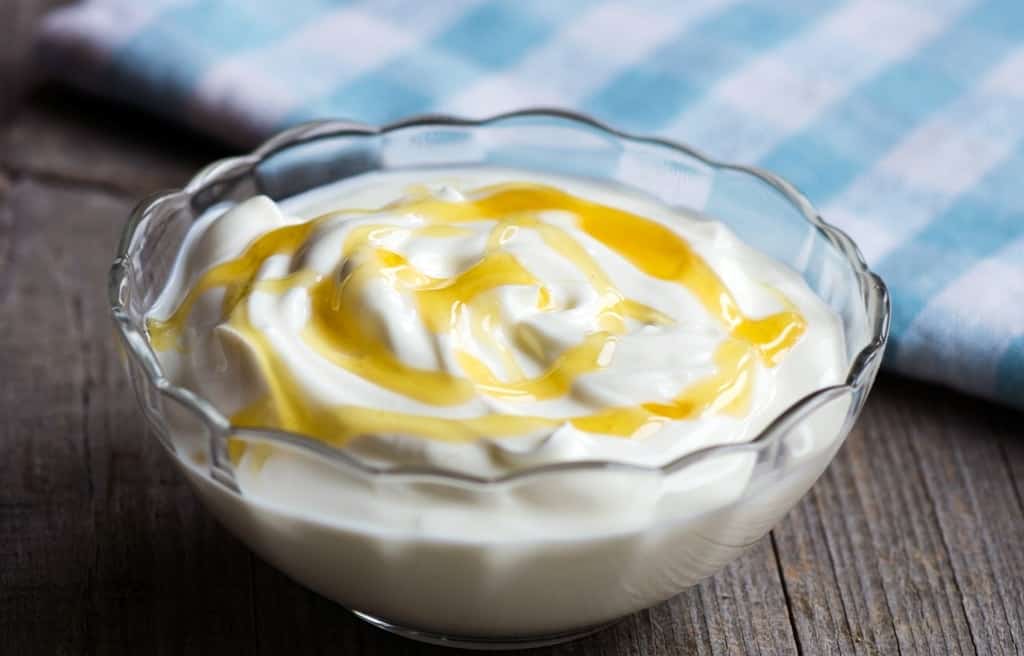 Yiaourti me meli (Yogurt with honey) is a delightful sweet. Greeks consume it for breakfast, as a snack or dessert. It is a nutritious and healthy addition to your diet any time of the day. Walnuts and cinnamon are perfect inclusions to this creamy sweet. 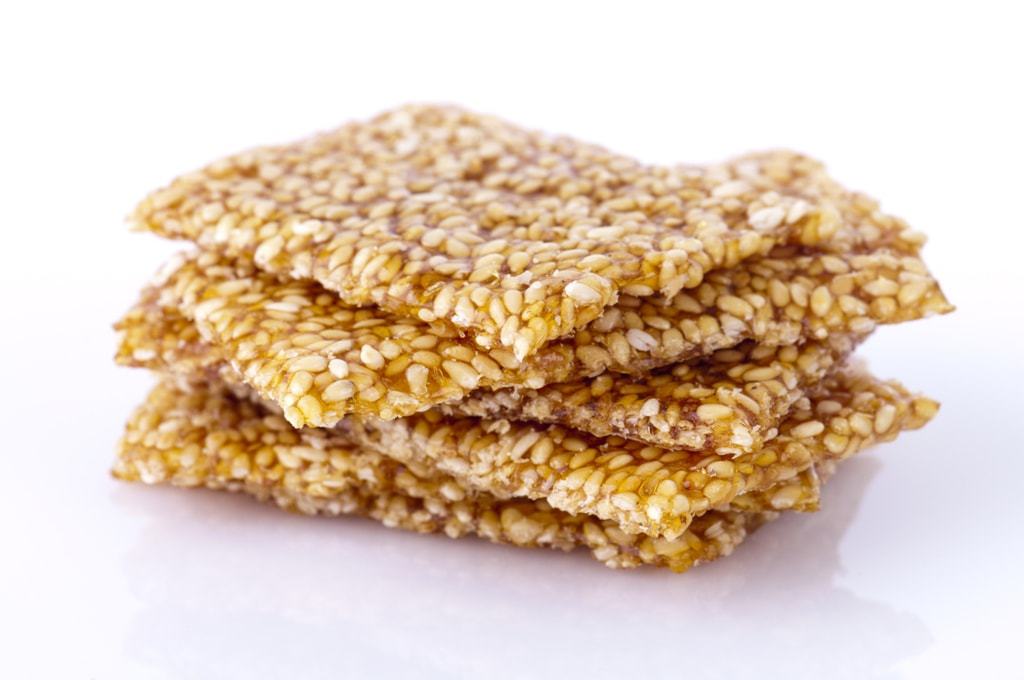 Pasteli are nutritious bars rich with good fats, calcium, proteins and iron. In general, you will recognize them as sesame candies. Honey is usually another main ingredient. Pasteli are so great that they have remained unchanged since the times of ancient Greece. 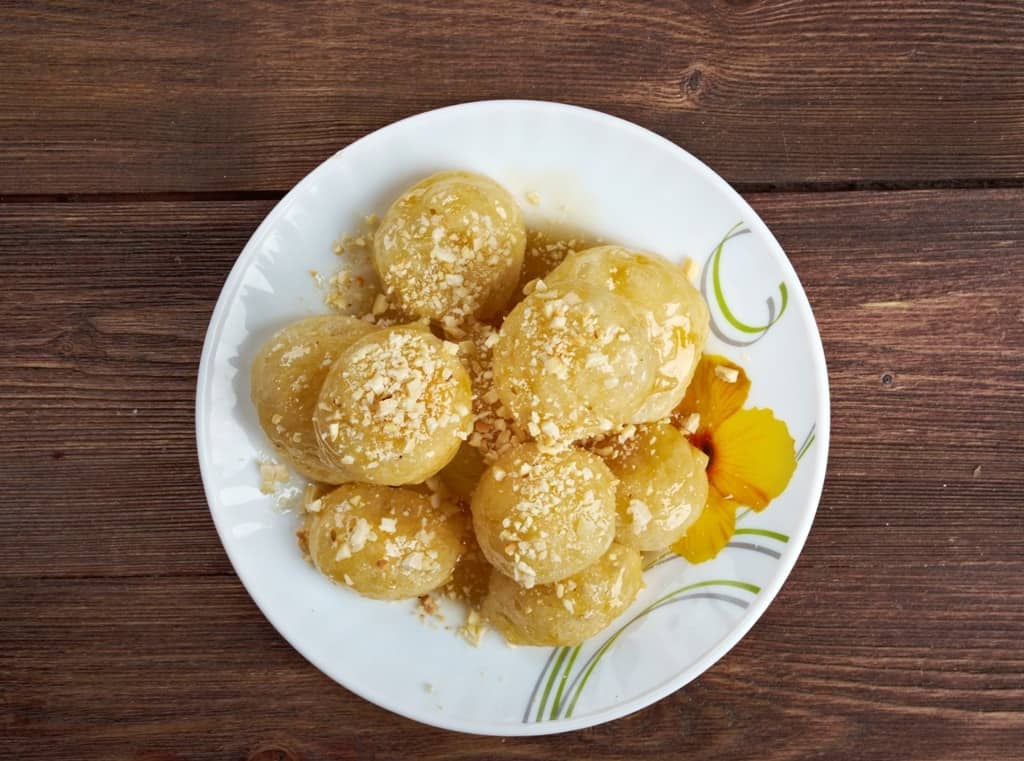 Loukoumades are desserts whose origins also go deep into the antiquity. They are bite-sized dough balls topped with honey. Cinnamon makes another great ingredient for the utmost pleasure. Loukoumades are sprinkled with walnuts quite often. 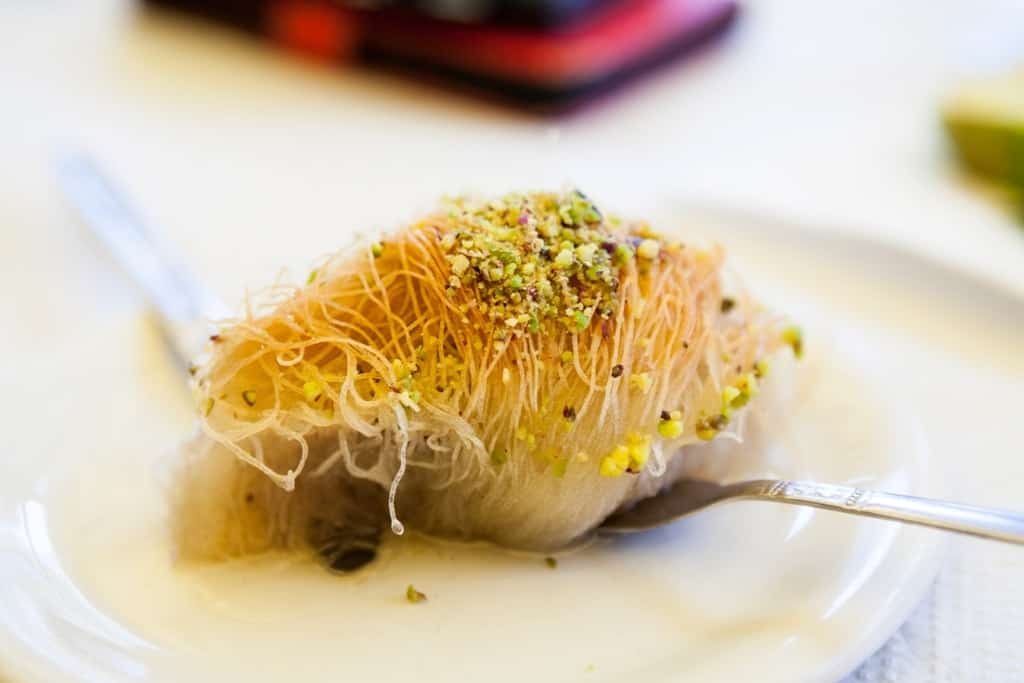 Kataifiis a popular baked dessert whose look charms before its flavor does. It is a sweet and juicy delicacy consisting of nuts and lemon syrup, wrapped in buttered, thread-like dough. Cinnamon is another great addition to this sweet bomb. 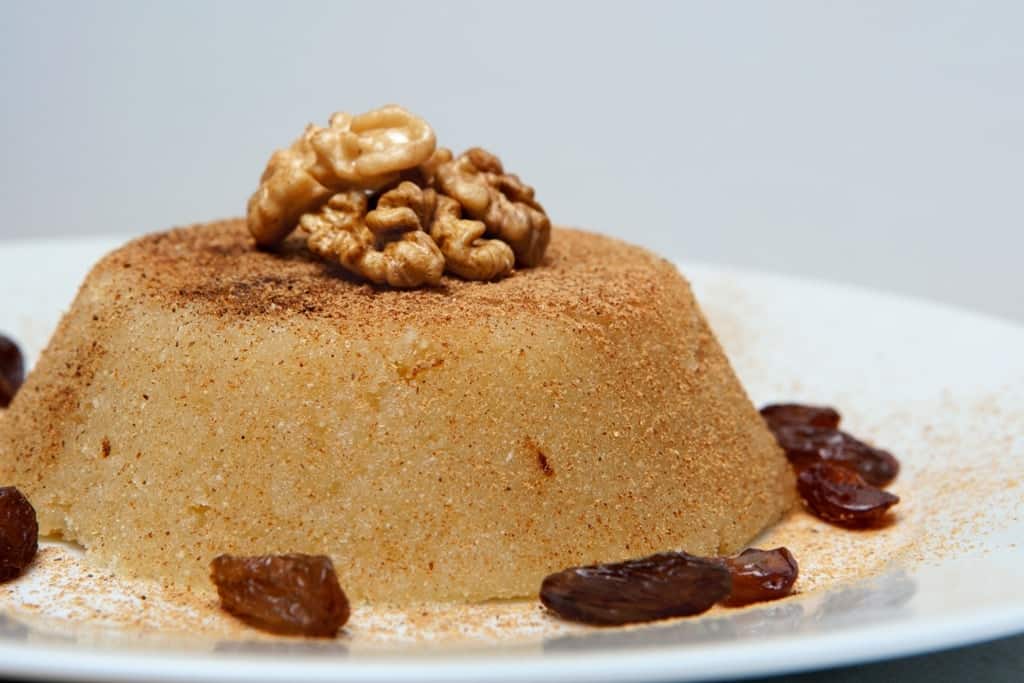 Halvas are next on the “Spectacular Greek sweets” list. This delicacy is a cocoa and vanilla mix. The vegetarian-friendly specialty also includes raisins, almonds and peanuts. Commonly had as a dessert, Halvas is an ideal meal for the beginning of the day.

Vanilla Submarine is an iconic Greek dessert, ideal for raising your blood sugar. The sweet comprises simple ingredients such water and vanilla fondant are. Enjoy Vanilla Submarine in small doses by dipping the spoon into the glass and licking it. It’s a miracle that something so simple is the source of such a great pleasure. 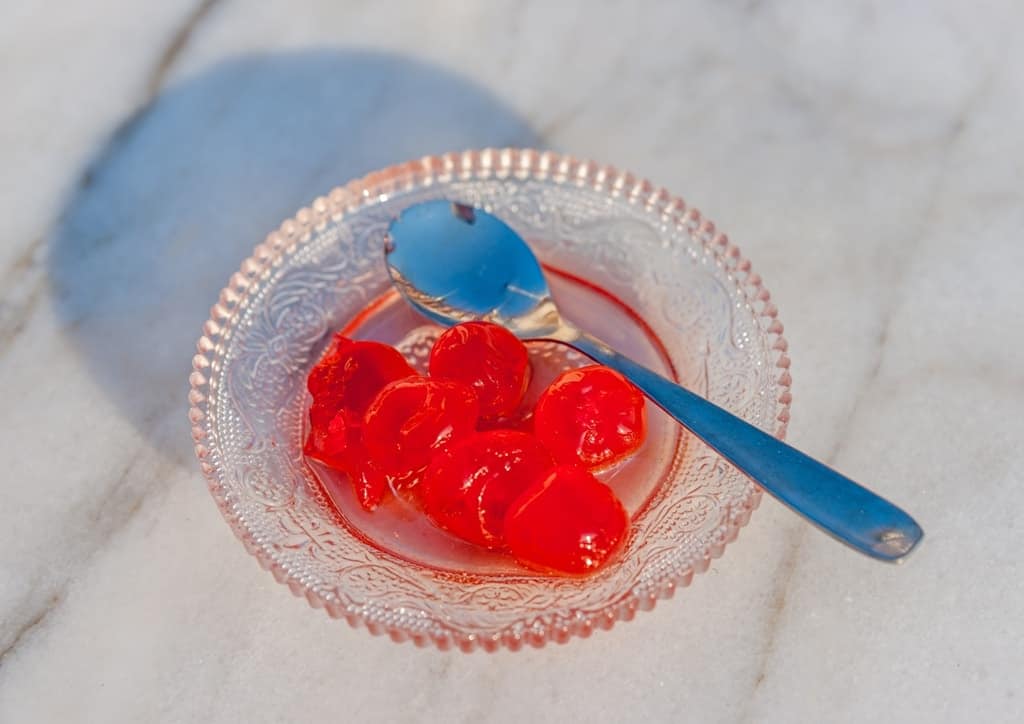 Glyka Tou Koutaliou is a fruit dessert that sometimes comes with vegetables. The name of the sweet translates as “spoon sweets” since their size matches the spoon. Some typical components are cherries and pieces of watermelon, orange, fig, lemon and apricot. Veggies that are usually added are carrots, eggplants and nuts. Vanilla and cinnamon are among common extras. 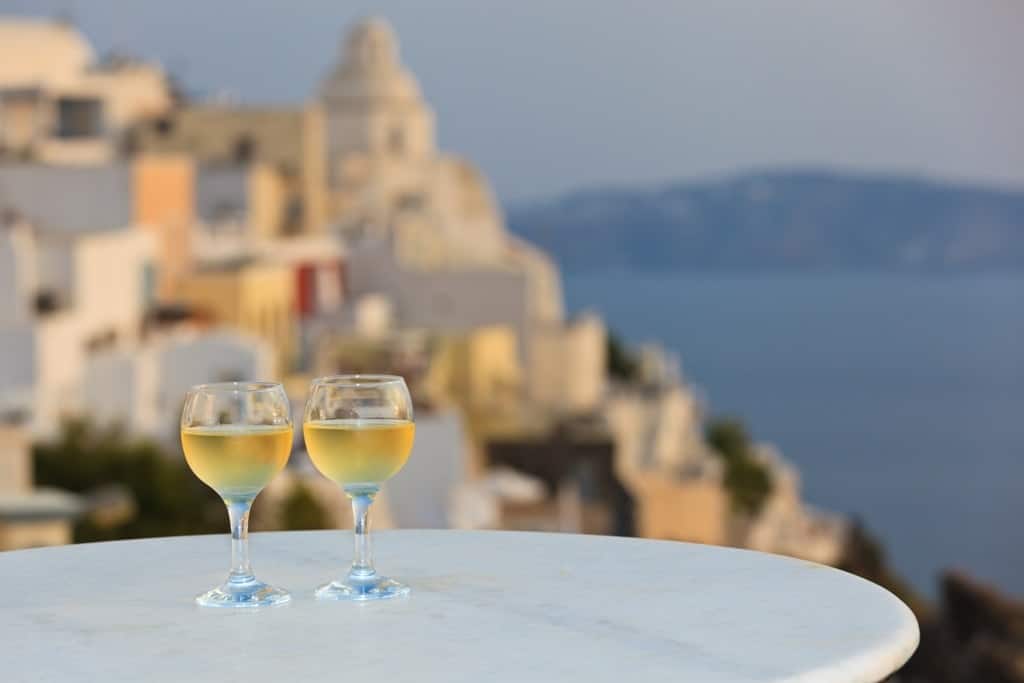 Greece is a producer of excellent wines. And some special varieties you should know of are Assyrtiko, Xinomavro and Athiri. Assyrtiko is a dry white wine, best had with grilled seafood. Xinomavro is a red wine, combining various aromas, including those characteristic of olives. Athiri is a wine with a low percentage of alcohol, best combined with squids. 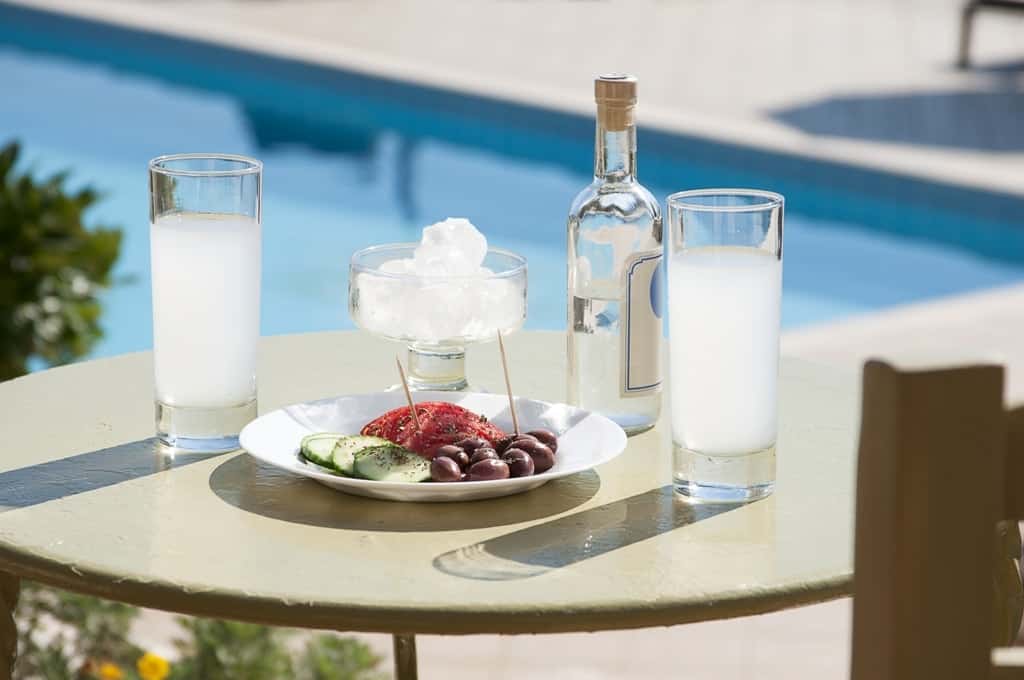 Ouzo is a very popular drink among Greeks and everyone who tastes it once. It has a sweetish flavor of mixed grape (or grain), anise, coriander and mint among other components. The uniqueness of Ouzo is that even people that avoid alcoholic drinks enjoy “ouzaki.” 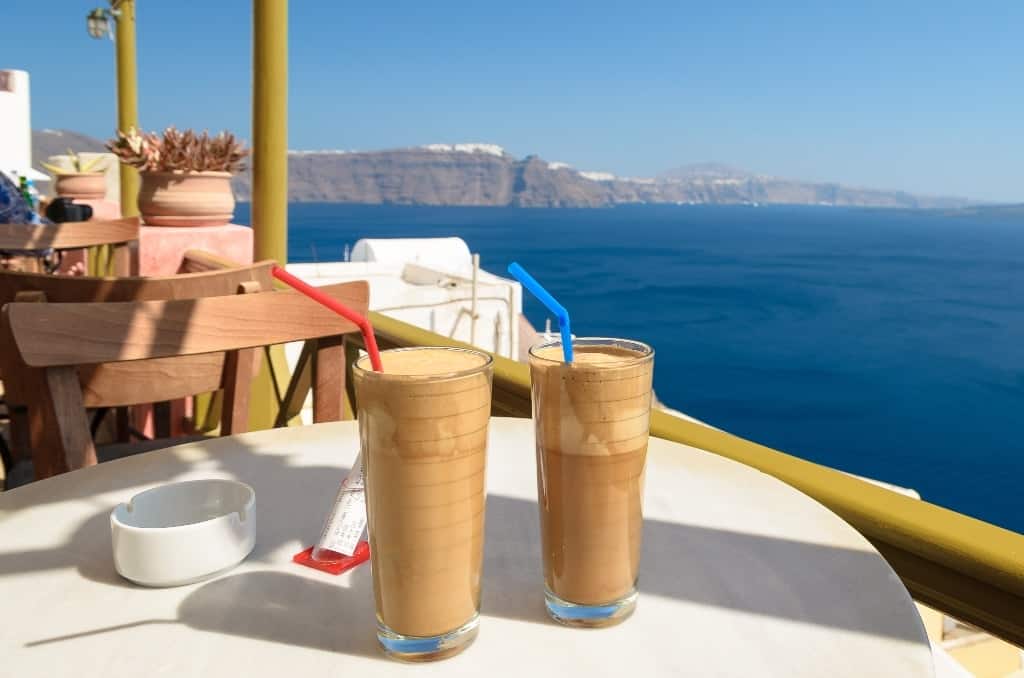 Traditional Greek coffee is a drink people use for socializing. You can have it any time of the day. The flavor of this popular drink is strong and you can have it sweet, neutral or somewhere in the middle. Creamy foam is also an unavoidable addition.

Greek cuisine is among the most renowned European cuisines. Greek gastronomy is heavily based on vegetables, cheese, fish and seafood. Greece accesses three seas (Aegean, Ionian and Mediterranean). So you are likely to enjoy the fresh catch by ordering fish and seafood countrywide.

Also, you will spot herds of goats and sheep as you travel throughout Greece. Hence, Greek cheese is made from milk of animals that spend time outdoors, in a healthy environment. Similar procedures apply to cultivating priced olives, honey, veggies and other products. Thus, high nutritional value is a key addition to the superior taste of Greek food.