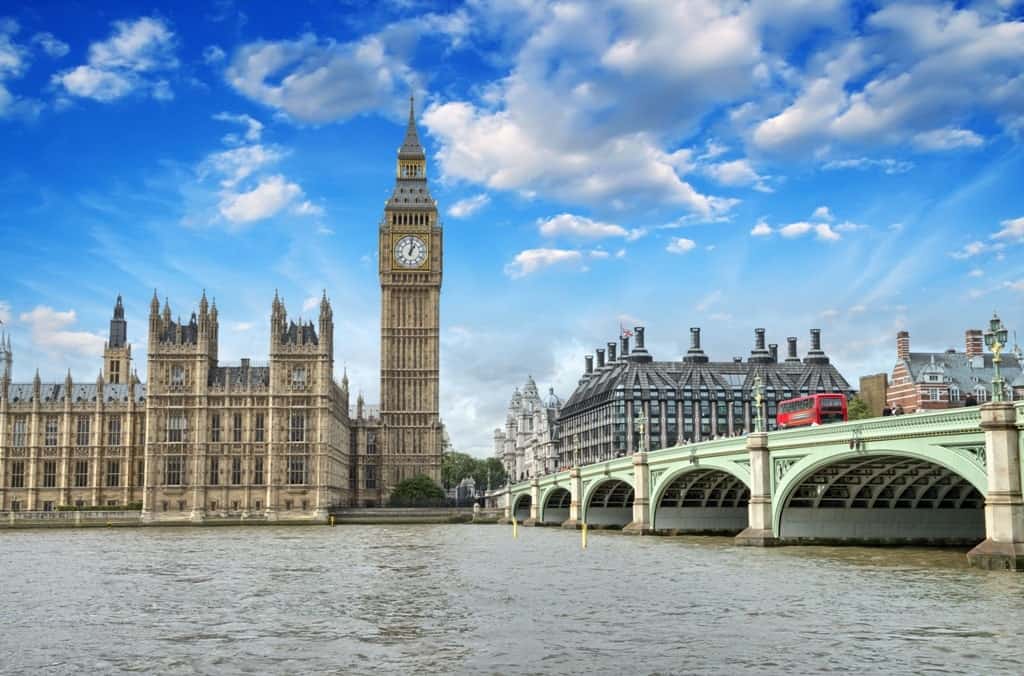 If you’re going to spend 2 days in London, you’re sure to have a fun time, but you’ll need to cram as much in as possible. The world widely regards London as one of the world’s most incredible megacities. Britain’s capital is home to mesmerizing history, charming architecture and a genuinely international atmosphere.

Visitors adore the remarkable landmarks and endless things to do in London. It is the biggest city in Western Europe – and it feels like the centre of the world. Here is a fantastic London itinerary for you!

Two Days in London: Where to stay?

The Piccadilly London: Piccadilly London is 350-yards from Leicester Square and close to the West-End’s fantastic entertainment hub. Every room has air-conditioning, satellite TV and work desks. Visitors love the fitness center and boutique bedroom offered by the five-star hotel. Click here for more information and to check the latest prices.

The Cavendish London: The Cavendish London is 10-minutes from Buckingham Palace. Visitors love the luxury rooms, award-winning restaurant, and stunning afternoon teas. Click here for more information and to check the latest prices.

London in 2 Days: Day One

Hyde Park is London’s number one park, and it is a fantastic spot to go during the summer months. It is a Grade I-listed central park in London, surrounded by numerous famous areas such as Knightsbridge, Kensington, and Oxford Street.

Also, Hyde Park is home to over 4000 trees, a massive lake, and about 350 acres of land. There are many superb music and cultural events during the summer months, making it one of London’s best attractions.

Buckingham Palace is the home of the monarch of the United Kingdom. It is a vast building, with over 775 rooms, 19 staterooms, 78 bathrooms, and 92 offices. You’ll love the surroundings of the palace which will find you next to St. James and Green Park.

Also, you can see the changing of the guard at Buckingham Palace every day at 10:45 AM. It lasts for 45 minutes and is a great thing to add to your 2 day London itinerary.

Note: Buckingham Palace is open to visitors from July to October.

Click here to book your tickets to Buckinghma Palace.

The Westminster Abbey is near the Houses of Parliament and Big Ben, and it offers a fantastic central location to nearby attractions.

Big Ben is one of the world’s most important landmarks and the world’s most famous clock. Architect Augustus Pugin completed the design of the building, and builders finished the construction in 1859. Big Ben is renowned for its iconic chimes.

Also, if you’re in the city during Christmas time, you should try to get tickets for the New Years’ Eve celebrations around Big Ben. You can’t possibly forget to add Big Ben to your London itinerary.

Westminster Bridge offers some of London’s most spectacular views. You can see numerous city landmarks from the bridge, including Big Ben, the Houses of Parliament, and the London Eye. It is the oldest surviving road bridge in Central London.

The bridge became famous after many movies were filmed there – including Mission Impossible: Rogue Nation, Wimbledon, and 101 Dalmatians.

Tip: You are very close to the London Eye, a very popular London attraction. If you want to ride the famous wheel book your skip the line tickets here.

Trafalgar Square is a symbol of London’s incredible history. The landmark is named after the Battle of Trafalgar, one of Britain’s most famous military victories that happened on the 21st of October 1805.

If you visit here during Christmas time, you’ll see the iconic Christmas Tree.

The National Gallery originally opened in 1824 and has built a huge fanbase ever since. Every year, around six million people visit the attraction, making it the sixth most-popular attraction in the United Kingdom.

Click here to book a guided tour to the National Gallery.

The Picadilly Circus is also famous for the bright neon lights that have been one of London’s most famous landmarks for decades. It is a great thing to add to your 2 days in London itinerary.

Leicester Square is the pillar of London’s West End, and a notorious area for red-carpet movie events. In fact, you can find more than 52 red carpet events here every year. It is a global icon, entertainment hub, and one of Britain’s cultural epicenters.

One of the best aspects of Leicester Square is the nearby shops, restaurants, and bars. You can find the famous M&M World, big enough to house 100 double-decker buses.

There is no better place in London to taste the far-east than exploring Chinatown. Chinatown is in the West End’s heart and started to form in the 1950s. By the 1960s and ’70s, the area became a Chinese cultural hub.

Chinatown has an array of buildings designed with Chinese lanterns, dragons, and symbols. In 2016, the fourth gate was built in Chinatown, in a traditional Qing dynasty style.

Covent Garden is one of London’s top cultural and entertainment hubs. It is home to fashion stores, the Royal Opera House, and the Apple Market. The area is next to many theatres with world-famous musicals.

The area has been a hub of entertainment since 1632 when architects and the 4th Earl of Bedford built Covent Garden into a luxury shopping and entertainment.

The British Museum is a free museum first founded in 1753, and it is the first national public museum in the world. The museum has been a pillar of open debate, progress, and tolerance as well as scientific research.

The museum has a total of 80,000 objects on display, and it receives an estimated six million visitors annually.

St Paul’s Cathedral is a Grade I Listed building in Central London’s heart. The building is 324 years old, designed by Sir Christopher Wren in an English Baroque style. After the Great Fire of London, the building was part of a regeneration plan.

The cathedral’s spire is 110 meters, and it was the tallest London building from 1710 to 1963. In recent times, many London skyscrapers have been rejected to preserve the view of this iconic structure.

The Tower of London is a symbol of the last time that the United Kingdom was invaded. It is a UNESCO World Heritage Site, built by William the Conqueror in 1066 as a defense system.

You can’t miss the amazing history of the Tower of London on your London 2-day itinerary.

Click here to book your tickets for the Tower of London.

Tower Bridge is arguably London’s most famous attraction. The city built the bridge between 1886 and 1894, and it crosses the River Thames. Every single day, a total of 40,000 people cross the bridge daily.

Eleven thousand tons of steel make up the Tower Bridge, 7,000 tons of concrete, and 31 million bricks.

Click here to book your tickets to the Tower Bridge.

The Shard is the tallest structure in London, and it’s Western Europe’s tallest building. Reaching a height of 309 meters, it towers above the London skyline. The views from the top of the Shard are utterly incredible.

Unbelievably, the builders found a fox on top of the building’s exterior in 2013, which was nicknamed Romeo.

Click here to book your tickets for the Shard.

Historians believe the Borough Market to be over 1,000 years old. Initially, trading took place slightly down the River, but trading has taken place on the current site since 1756. Many Londoners head here for lunch, as there are many fantastic pubs at the market.

The Tate Modern is one out of four art galleries in London, and entry to the gallery is free. Ever since Tate Modern opened in May 2000, there has been a total of 40 million people visiting the gallery.

The Tate museum has a vast collection of British art from 1500 to today, including modern and contemporary art.

Why not end your London trip with a West End show? London has one of the most incredible theatre scenes globally and is a strong rival to New York City’s Broadway plays.

The area showcases numerous musicals, comedies, and straight plays, and it’s a fantastic spot to finish your 2 days in London.

When is the best time to visit London

The best time to visit London is during the summer months of June to August because the weather is the best and you can enjoy London’s wonderful array of parks. Another excellent time is around Christmas time when London is vibrant, and buzzing and you can visit Hyde Park’s Christmas Markets.

How to get from the airport to the city center

Train: The train from Heathrow Airport is an excellent option because it is quick and efficient. The cost is around 25 GBP for an express ticket and it takes about 25 minutes.

Bus: You can catch a National Express bus from the airport to Central London, and the price tends to range from 6-10 GBP. Alternatively, you can catch the TFL local buses – they are cheaper but much slower.

London Underground: You can catch the Piccadilly Line from London Heathrow to Central London. It costs around 6 GBP, but be sure to get an Oyster Card to save money.

Taxi: A taxi is the fastest way to get from the airport to the city center. You can use Welcome Pickups to organize a pre-booked taxi, offering personalized service, a local sim card, and a driver that tracks your flight to be on time.

Best way to get around the city

Tip: A great way to get around London when you only have 2 days is a hop-on, hop-off bus. Click here for more information.

Bicycle: London is a hub of bike-sharing options, and locals routinely ride the ‘Boris Bikes’ which are an affordable and easy way to get around.

Bus: London’s red double-decker buses are world-famous and a superb way to get around. The best way is to get an oyster card and hop on wherever you want.

Taxi: Taxis are the fastest and most efficient way to get around London. Either choose a taxi app like Uber or catch a legendary London black cab from anywhere in London.