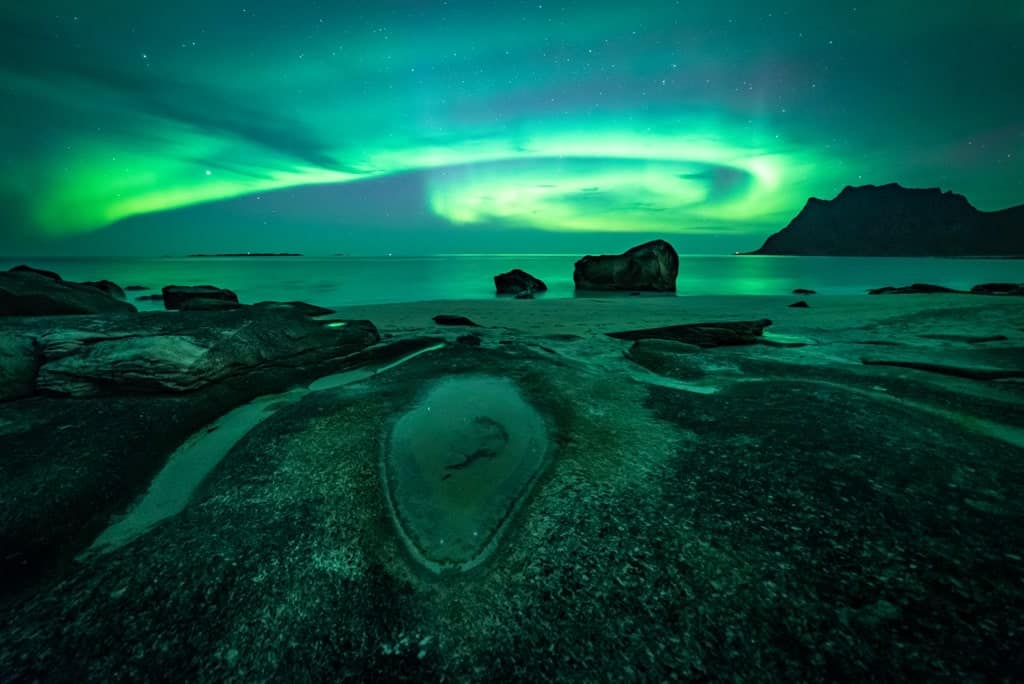 Few experiences on this earth can rival that of standing beneath the magical glow of the aurora borealis, the legendary “northern lights.” Seen best from the far reaches beyond the Arctic Circle, against the backdrop of an ink black sky speckled with more stars than you ever thought possible, the shimmering green and purple hues of the Northern Lights seem to dance across the unending darkness.

In Norway, the phenomenon of the aurora borealis has profoundly influenced local culture and folk heritage. The most popular Norse legend attribute the glittering colors to light shining off the shields and armor of the Valkyrie, female warriors who chose who perished in battle and who lived to fight another day. Dying in battle was a prevalent theme in Norse mythology, and the aurora was also believed to be the Bifröst, the pathway to Valhalla and the afterlife.

Northern Lights in Norway: When and Where to See the Aurora Borealis 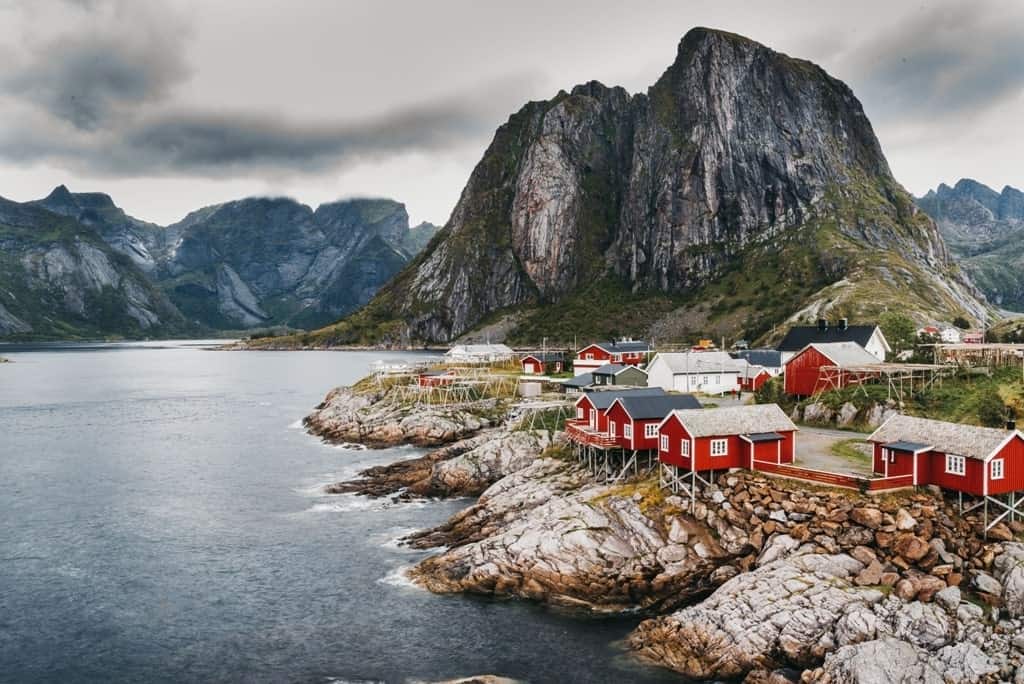 Shedding Some Light on the Northern Lights

With the advent of modern science, we know that the Northern Lights are actually caused by electrically charged particles from the sun colliding with atoms in Earth’s atmosphere. This collision causes electrons in the atoms of the Earth’s atmosphere to move to a higher-energy state. When the electrons move back to a state of lower energy, they release photon or light. The result is a beautiful and dramatic aurora.

When is the Best Time to See the Northern Lights in Norway?

The Northern Lights are always happening; they’re just not visible during the day. The midnight sun of the Arctic Circle makes it impossible to see the aurora during the summer months. Peak Northern Lights season in Norway is between November and March. The period of darkness is so long in the winter that you’ll have plenty of time to try and catch a glimpse. Be on the lookout between 8 pm and 2 am for a chance to see the best light show on earth. To increase your chances of an aurora sighting, plan to go out on multiple nights.

The weather in Norway during the winter months is mercurial, and you may end up with cloudy skies on more than more night of your visit. It is still possible to see the Northern Lights as early as September and as late as April, but the odds of seeing them are much lower.

The best places to see the Northern Lights in Norway

Tromsø is located at 69°N, right in the middle of the aurora zone and is the largest city in Northern Norway with a population of just over 70,000. It’s the most popular location for Europeans to take a weekend trip in winter to catch a glimpse of the Northern Lights. Tromsø is one of the easiest locations in Northern Norway to get to from most European cities.

It also has the most options as far as tours to see the Northern Lights and the most to do, out of all of Norway’s Northern cities. The downside is that cruise ships often port here and there are significantly more tourists than some of the more remote locations.

But, there is a reason this Northern outpost is so popular and dubbed “The Capital of the Arctic.” Located well above the Arctic Circle, conditions for seeing the Northern Lights here are ideal. Its location on the coast gives Tromsø the added benefit of the warm air from the Gulf Stream, making the temperatures milder.

Alternatively, you can book a Husky Sled Ride under the Northern Lights.

Situated far inland between Tromsø and Alta, Lyngenfjord is one of the driest places in Norway. The night skies here are often clear and sparkling, which makes it a fantastic place to see the Northern Lights dance above the mountaintops.

Many of Norway’s best Northern Lights photographs actually come from this region. Lyngenfjord is easily accessible by car from Tromsø. Many people go to Lyngenfjord for the night just to see the lights. But, for the best experience, stay in Lyngenfjord for a few nights to get the best chances of spotting the aurora.

Bodø is one of the southernmost places in Norway to view the Northern Lights The best vantage point when visiting Bodø for seeing them is Mount Rønvik, just 3 kilometers from the city. Getting away from the city lights will give you a better chance to see the aurora more clearly. If you don’t want to leave the city, you can still get a pretty good show from the pier although the clouds in Bodø can make sighting the lights a bit more of a challenge than other cities.

For an unbeatable backdrop to your Northern Lights quest, head to Norway’s Lofoten Islands. The iconic surrounding mountains rise steeply from the fjord for a super dramatic effect. Loften has diverse topography, and this means that viewing locations across the islands can differ greatly.

The northern side of the islands offers the greatest chance of seeing the aurora. Gimsøysa is one of the best places to experience the Northern Lights of Lofoten. The beaches of Flakstadøy and Vestvågøy are also two popular locations.

Just north of the Lofoten Islands, the archipelago of Vesterålen is a region rich in fishing culture, art, and of course, front-row seats to the Northern Lights. The nutrient-rich waters surrounding the Vesterålen Islands are prime feeding grounds for humpback whales, killer whales, and sperm whales.

Consider taking a whale cruise during the day before you race off in the evening to chase the lights. Vesterålen also offers activities such as dogsledding, nature safaris, seal and bird excursions, and skiing.

Alta, also known as “The Town of the Northern Lights,” is located 375 kilometers north of the arctic circle. This small fjord town has a population of just under 15,000 but, don’t worry; there is plenty to do in Alta! Of course, the most important thing you can do in Alta sees the Northern Lights.

One of the benefits of trying to see the aurora in Alta is that it doesn’t get as bitterly cold as some of Norway’s more inland viewing locations due to the warm air brought to Norway’s coast by the Gulf Stream.

Alta is also surrounded by mountains protecting it from the weather. In 1899, the world’s first observatory dedicated to studying the Northern Lights was constructed here, hence the nickname, “The Town of the Northern Lights.” Alta also has some other great activities when you’re not off chasing auroras.

Alta is home to ancient rock carvings that are protected as a UNESCO World Heritage Site. During the winter, the rocks are covered in ice, but you can still check out the exhibit on them at the Alta Museum. The Northern Lights Cathedral is also worth a visit and is supposed to embody the effect of the falling sheets of the Northern Lights.

Svalbard is an island grouping located between the mainland of Norway and the North Pole at 78° and is Norway’s northernmost vantage point for seeing the Northern Lights. Svalbard’s unique location makes it an ideal place for catching an aurora and is the only place in the world where the Northern Lights can be seen during the day!

This is because Svalbard is so far north that its long polar night leaves it in almost total darkness from November to the middle of February. Stay in the world’s northernmost town of Longyearbyen and take advantage of activities such as dogsledding and snowmobiling while you aren’t chasing the Northern Lights.

Located in the middle of the Northern Lights Oval, Varanger is ideally situated for some great Northern Lights activity on clear nights. The topography is fairly flat as Varanger is located on the Arctic coast, over tundra and taiga. Varanger is also listed as one of the top 100 birdwatching locations in the world. You can take a tour to spot rare birds almost all winter long.

Narvik is a great place for a chance at viewing the Northern Lights due to its exceptionally clear skies. The city is surrounded by mountains, some of which rise right out of the fjord, and you can join a Northern Lights hunt from the top of Narvikfjellet.

The backdrop of the mountainous terrain gives the lights an even more dramatic feel. During the day take advantage of the abundant winter activities Narvik offers such as skiing and tobogganing down Narvikfjellet mountain at the ski resort, ice fishing, or an Arctic fjord cruise. 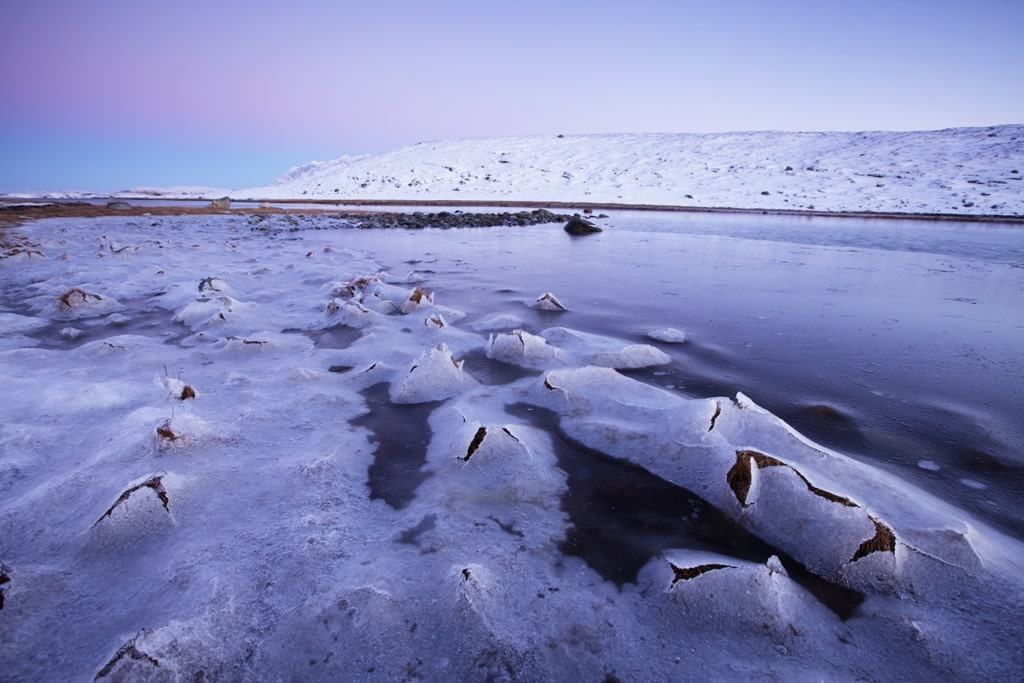 Helgeland is also the southernmost, and warmest, of Norway’s best Northern Lights viewing locations. Other popular winter activities here include skiing. The island of Rødøy is home to a 4,000-year-old cave drawing that is considered to be the first rendering of a skier. It snows about 12 times per month in Helgeland, making conditions for skiing ideal.

Each viewing destination in Northern Norway is unique, and it depends on your preferences which one will be best suited to you. Whatever you decide, catching a glimpse of Mother Nature’s most impressive light show in Norway is a once-in-a-lifetime experience that you don’t want to miss!