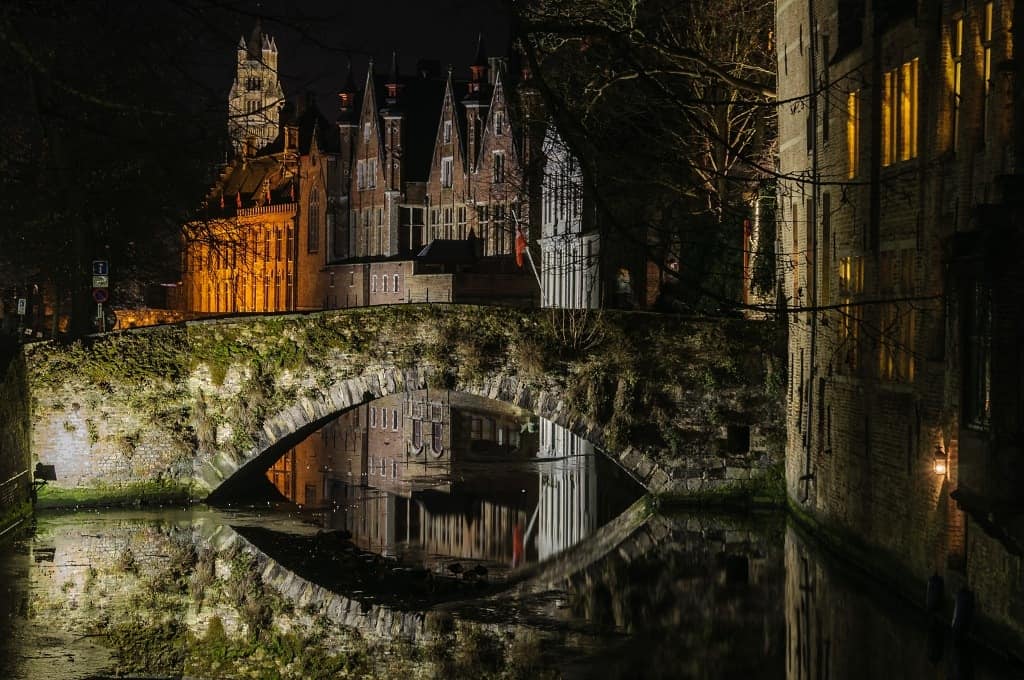 Many travelers visiting Belgium have this dilemma; visit Ghent or Bruges? In this post, five travel bloggers including myself pick their favorite city and explain why.

Personally, I would suggest that if you have time you should visit both. If that is not the case then I would choose Bruges. I have already been to Bruges twice and I loved the cute houses, the many canals, and the picturesque bridges. Bruges is like being on a fairytale. On the other hand, it is more touristy than Ghent so I advise that you don’t visit during the high season and on the weekends. That way, you will avoid the crowds and have a more real feel of this amazing city. I visited both times during winter and it was great.

I have been to Ghent once and I really liked it. Ghent has many things to do, it has a picturesque historical center, a castle and many canals. It is a lively city due to the many students living there. In Ghent, you get the feeling of how a real Belgian city is but still, Bruges is my favorite.

For more inspiration check my post: One day in Bruges.

Daryl & Mindi from the 2foodtrippers prefer Ghent. Read here why:

We wanted to love Bruges. We really did. What could be better than a fairytale town filled with old buildings, legendary Belgian beers and food like mussels, waffles, and fries? And then we arrived. Although we enjoyed our stay at a charming hotel and drank more than our fair share of the wonderful local beer, we were sorely disappointed to find Bruges teeming with annoying tourists. Then, to add insult to injury, the food in Bruges was not good. Seriously, vendors tried to sell us reheated waffles and frozen frites, not to mention less-than-fresh mussels. We were not impressed. Ghent, however, exceeded our expectations with its authentic vibe and gorgeous architecture. Less than an hour from Bruges, Ghent had everything we had hoped to find in Bruges minus the annoying tourists. Starting with freshly prepared food accompanied by an extensive beer selection and ending with historic buildings gracefully lined up against its canal, Ghent won a place in our hearts. Next time we’re in Belgium, we’re going straight to Ghent.

Rachele and Gábor from Surfing The Planet prefer Bruges. Read here why:

The two Flemish cities of Bruges and Ghent are both very popular destinations. You often hear people discuss whether one or the other is a more interesting travel destination. Fans of Ghent say that Bruges is like a medieval Disneyland, while those who love Bruges say that Ghent is much larger and populated; hence the charm of the medieval city centre is less outstanding. In my opinion, both provide a completely different, but unique travel experience, and it’s only a question of taste. If I had to choose a city to live in, probably I would pick Ghent, which is much more a real city. Nevertheless, as a traveler, my love is for Bruges, which is one of those few places where you can feel yourself in a fairy tale medieval environment, especially in low season and at night, when you are not surrounded by tourist hordes. There are so many things to do in Bruges, but walking by the canals between illuminated buildings and gazing at their reflection, while you imagine yourself in those long forgotten times, is just too special.

Heather & John from Roaming Around The World prefer Ghent. Read here why:

We have visited the historic churches and lovely waterways of both Bruges and Ghent. While really enjoy both fairytale cities, our preference goes to Ghent. First off, Ghent has a castle (Gravensteen) – awesome!

Ghent just seems to have a slightly more laidback atmosphere to it, which is likely influenced by the youth attending Ghent University. This perhaps has also led to a greater prevalence of budget-friendly food options in Ghent, compared to the many pricey restaurants we found throughout Bruges.

Ghent also gets really fun at night, as the town literally lights up! Although I’m a huge fan of the beers at Straffe Hendrick brewery in Bruges, we enjoy the brewpub culture more in Ghent. And there are many brewpubs, from Waterhuis aan de Bierkant with its novel-sized menu to the famed Dulle Griet pub where you must give up a shoe for the bartender to hold as collateral in exchange for the expensive beer glass.

Speaking of drinking, perhaps the final reason why we give the edge to Ghent is because drinking on the waterways is prohibited in Bruges. Meanwhile, Ghent has boat tours that involve sparkling cava or Belgian beer. Yes, please!

Kemkem & Federico from Next Bite of Life prefer Ghent. Read here why:

Mention Brugge to any traveler and they are likely to mention the movie “In Bruges”. Having visited both cities, my preference is definitely Ghent. Despite very similar histories, I find Ghent’s history a bit more fascinating.  My number one reason is the staggering beauty that’s aplenty, especially Korenmarkt Square  (the heartbeat of the city) and the various canals. Ghent is also a college town with a colorful history of rebellion. As a lover of street art, the graffiti alley is also delightful. Brugge is overrun with tourists at any time of the year because it’s the “in”place. It feels almost fake to me. Ghent, on the other hand, is less spoiled. You get to witness Flemish everyday life more. I was also impressed by the variety of international cuisine, from excellent BBQ ribs to amazing, mouth watering sushi and the freshest Chinese food. Ghent felt like a place I could easily live in. That’s always a good sign for me. 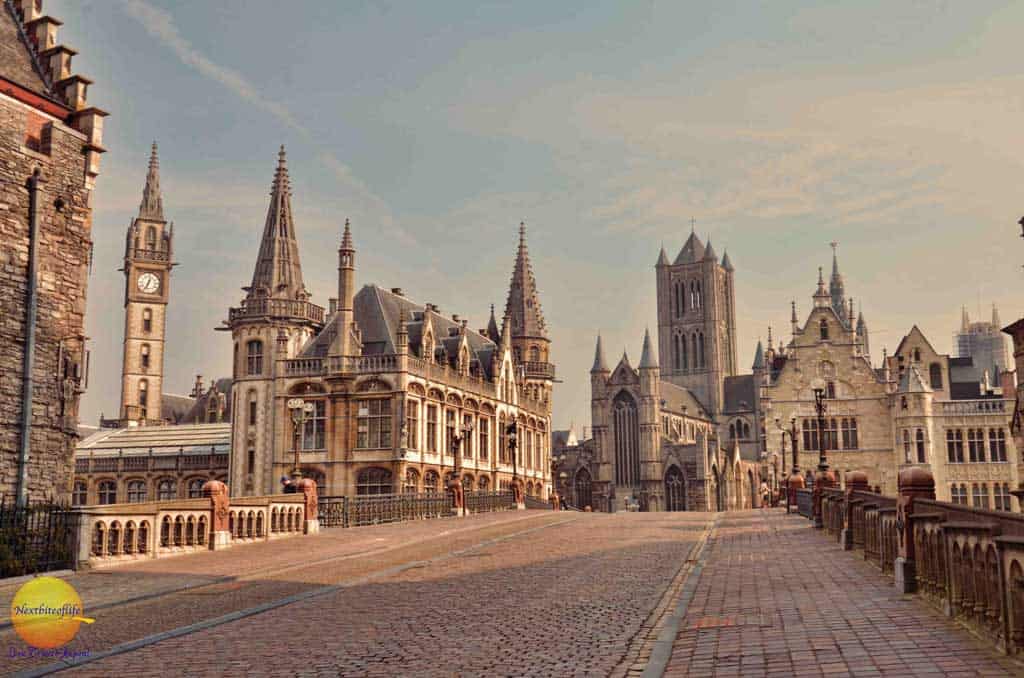 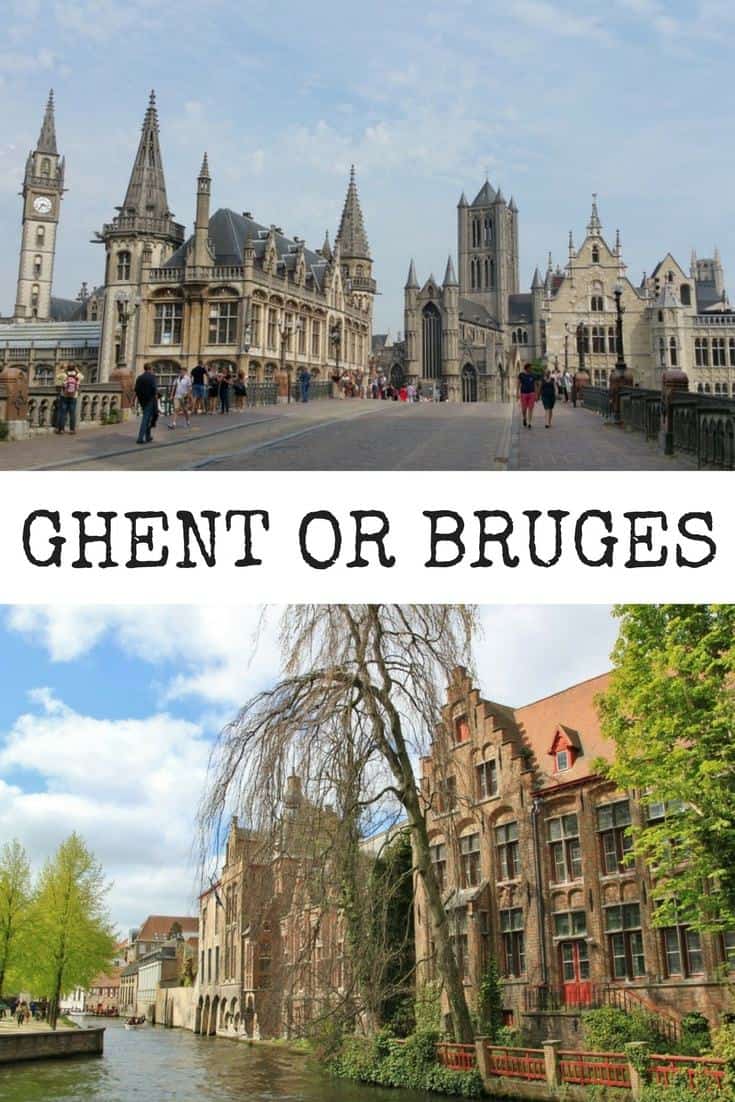 So which Belgian city is your favourite Bruges or Ghent?