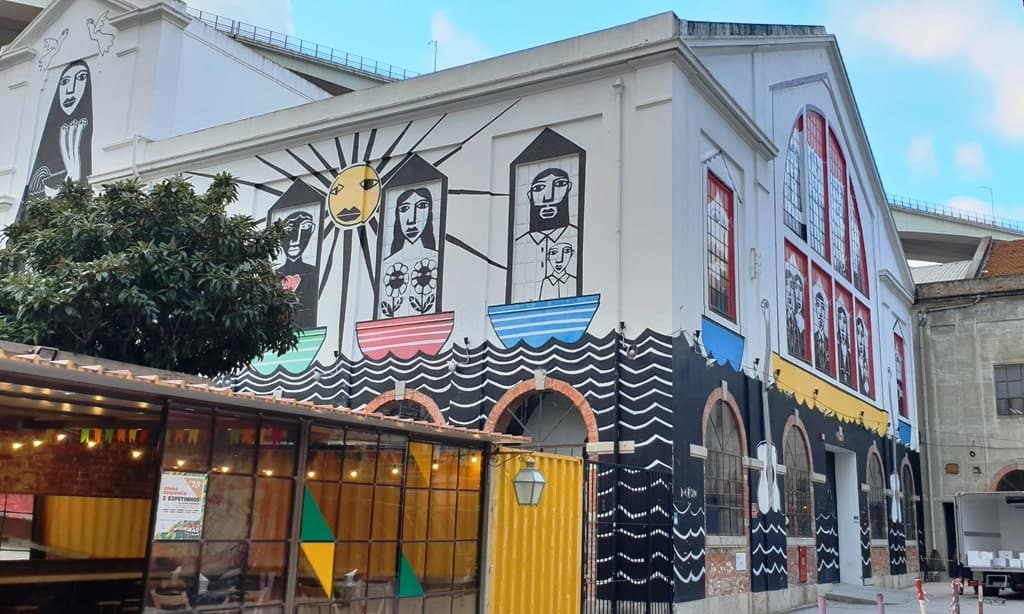 During my recent trip to Lisbon, Portugal, I wanted to see another, more off-the-beaten path part of the capital city. A great way to do so was with a local so I booked a tour through Withlocals, a global company that offers private tours in over 65 cities worldwide.

All tours Withlocals are “private, personalised, and with a local of your choice,” according to their website. Travelers get the benefit of exploring a city like a local, with a local, doing local things. I personally think this is a really unique way to see a city’s hidden sides.

Withlocals is an online market place for travelers and locals. There are hosts and guests, and the online booking process is very simple. I was able to input the number of guests, select the tour that looked the most interesting to me in Lisbon. If there are multiple hosts for any given tour, you then get to select the host. With a selection of dates and times at my disposal as well, I was spoilt for choice. The host has to confirm the booking, but if they reject it, or it expires before they can get to it, you’ll get a refund and can rebook with a different host.

Tours include various things. My tour, Lisbon Off the Beaten Path, included a tram ticket, a coffee and pastry, and one non-alcoholic drink. The webpage for each tour will list what is included and what isn’t.

Withlocals – Lisbon Off the Beaten Path

My tour, which was Lisbon Off the Beaten Path, began at Basilica da Estrela, the first church to be dedicated to Sacred Heart of Jesus. My guide was Luciana, a very friendly and knowledgeable Brazilian who has been living in Lisbon for 3 years. I immediately felt like I was walking through Lisbon with a local friend, rather than a tour guide. Near the basilica is the Park da Estrela, which we walked through to get to the Campo de Ourique neighbourhood, one of the most traditional neighbourhoods in Lisbon.

We stopped briefly at the Casa Fernando Pessoa. Pessoa is the most famous Portuguese writer and one of the most significant literary critics of the 20th century. Educated in South Africa, he became a well known poet and translator in his later years. We also visited the Mercado de Campo de Ourique, which is a local market filled to the brim with gourmet food stalls and hip bars. Here it’s a mixture of traditional market with urban eating options, side by side. You can purchase staples like meats, cheeses, and seafood – or locally distilled gins, fresh pastries, and artisanal ice creams. We had a coffee and pastel de nata (the traditional Portuguese pastry) in the Pasteleria Aloma before leaving to walk into Lisbon’s high class neighbourhood.

While Lisbon is a very compact city, it has distinct neighbourhoods and many of the richest homes and embassies are located away from the city centre in the Lapa district. Some of the city’s most exclusive hotels are also here. It is a very impressive neighbourhood, lined with stately trees, gated homes, and sleek black cars. We ended up at a very beautiful square in the Madragoa neighbourhood, surrounded by gorgeous homes. There is a large fountain here, once a public water source, with sculptures of Venus and Cupid. The Museu Nacional de Arte Antiga is here as well. It is located within the Palácio de Alvor-Pombal, a former palace of the Count of Alvor, which was later purchased by the Marquess of Pombal. There is an exceptional viewpoint of the Port of Lisbon from here!

Our last stop was the LX Factory, which is a former industrial complex that now features some of Lisbon’s hottest restaurants, bars, boutiques, and street art. It is located in Alcantara, a sleepy neighbourhood under the Ponte 25 de Abril (April 25th Bridge). LX Factory is a buzzing hub of creativity, where design and production companies, fashion and art shows, music events, and more share space with hip restaurants, bars, and shops. The complex is also where you’ll find some of Lisbon’s hottest nightlife.