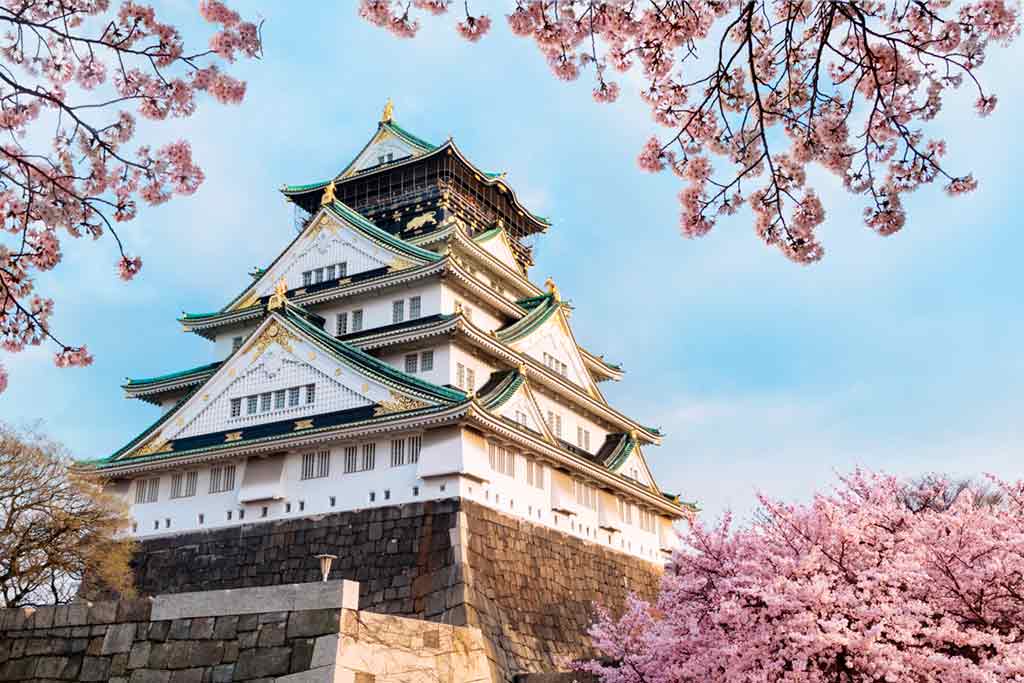 Osaka is the second largest city in Japan. This vibrant metropolis has a rich history, great culture, tasty food, and many fun activities for the whole family. Here are some suggestions for what to see during your visit in Osaka. 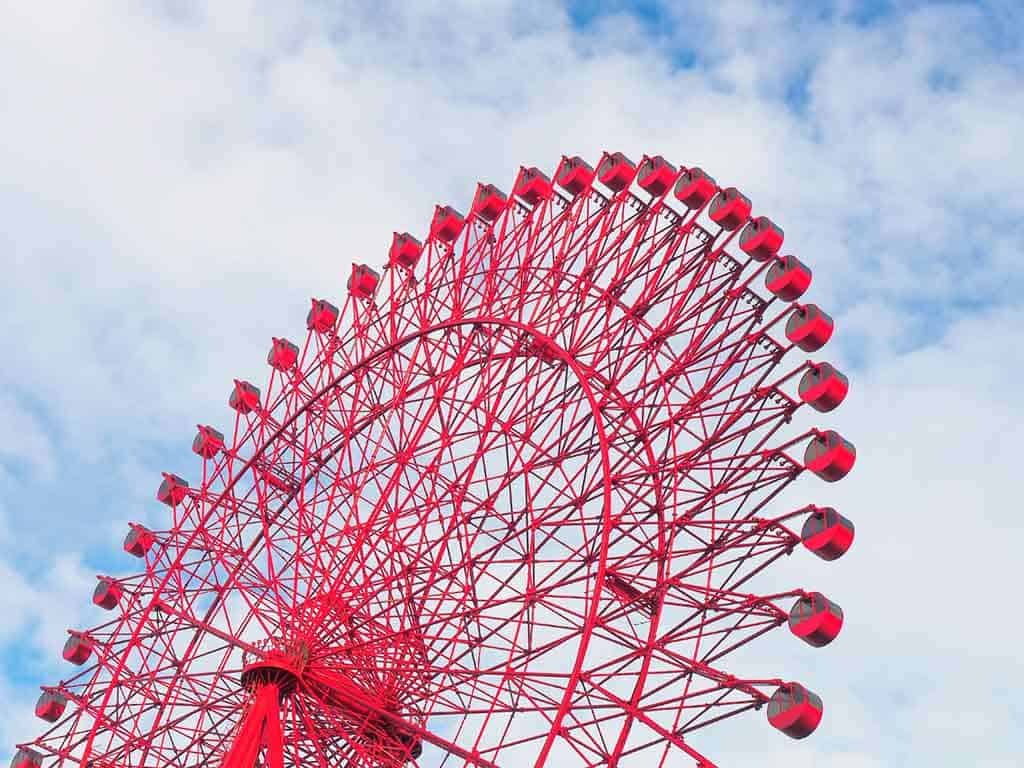 The Red Ferris Wheel symbolizes the Kita neighborhood where the upscale InterContinental Osaka is located. This wheel is part of the Hep Five shopping mall and stands 106 meters high. The view from the top is breathtaking, as you can see downtown Osaka, the harbor, and as far as Mount Ikoma.

Kids will enjoy a visit to the Kaiyukan Aquarium. It’s the largest in Japan and one of the biggest public aquariums in the world. The aquarium has 15 tanks, and each one houses inhabitants from a specific region of the Pacific Rim. Among its most popular creatures is a whale shark, the aquarium’s main attraction. Next to the aquarium stands the impressive Tempozan Ferris Wheel.

The famous Osaka Castle is one of Japan’s famous landmarks. It was destroyed several times during its long history, but in 1997 it was restored to its current state. The castle played a significant role in the unification of the country in the 16th century. On the castle grounds, you’ll find the Nishinomaru Garden, home to 600 cherry blossom trees that look stunningly beautiful at the peak of spring.

Sumiyoshi Taisha is the most famous Shinto shrine in Osaka and honors gods that protect the nation, sea voyages, and poetry. A beautiful landscape surrounds the shrine, which serves as the headquarters for more than 2,000 Sumiyoshi shrines across Japan. 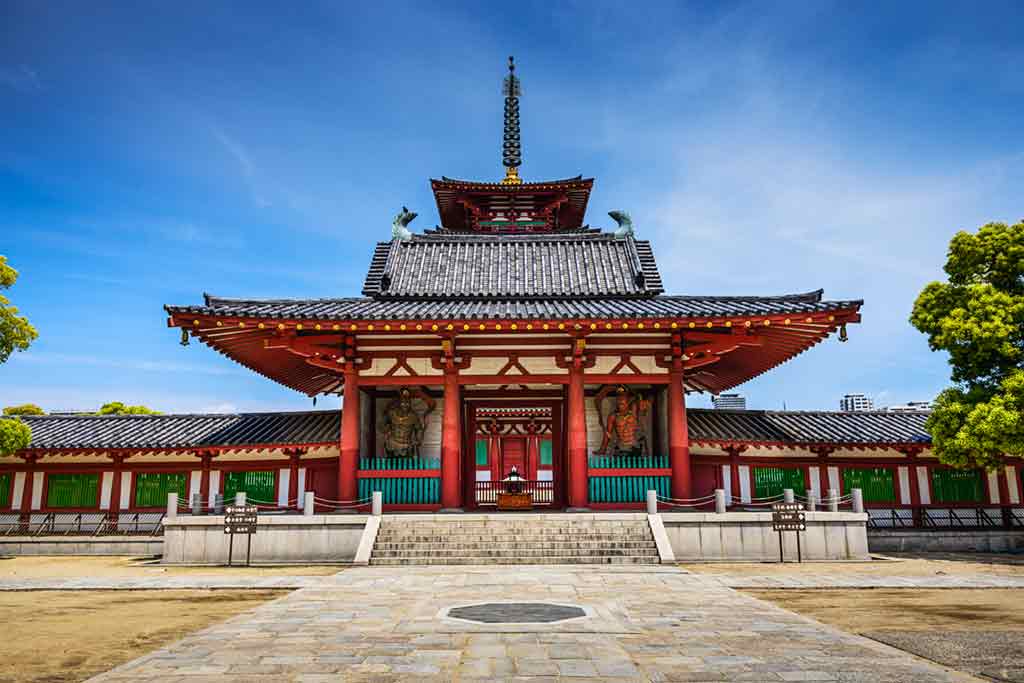 This sixth-century temple is considered the oldest Buddhist temple in Japan. Although it has been destroyed many times over the years, it’s been repeatedly reconstructed close to its original style. Surrounding the temple you’ll find the Gokuraku-jodo Garden and a treasure house that holds a collection of paintings and scriptures.

Japan is famous for its shopping arcades, and Osaka’s Tenjinbashisuji is considered the longest one. It spans 2.6 kilometers, and you’ll need around 40 minutes to get from one end to the other. The arcade is home to over 600 stores, which sell traditional items like knives, tea, kimonos, and ceramics as well as restaurants and movie theaters.

This amusement park that highlights popular movies is located in the Osaka Bay area and makes for a great day out for the family. In addition to the rides, visitors can take photos with their favorite heroes. Outside the gates of the park, you’ll also find a big shopping mall with boutiques and restaurants.

Osaka is a destination that you shouldn’t skip on your visit to Japan. It offers activities for the whole family, such as cultural sites, amusement parks, shopping malls, and great cuisine. 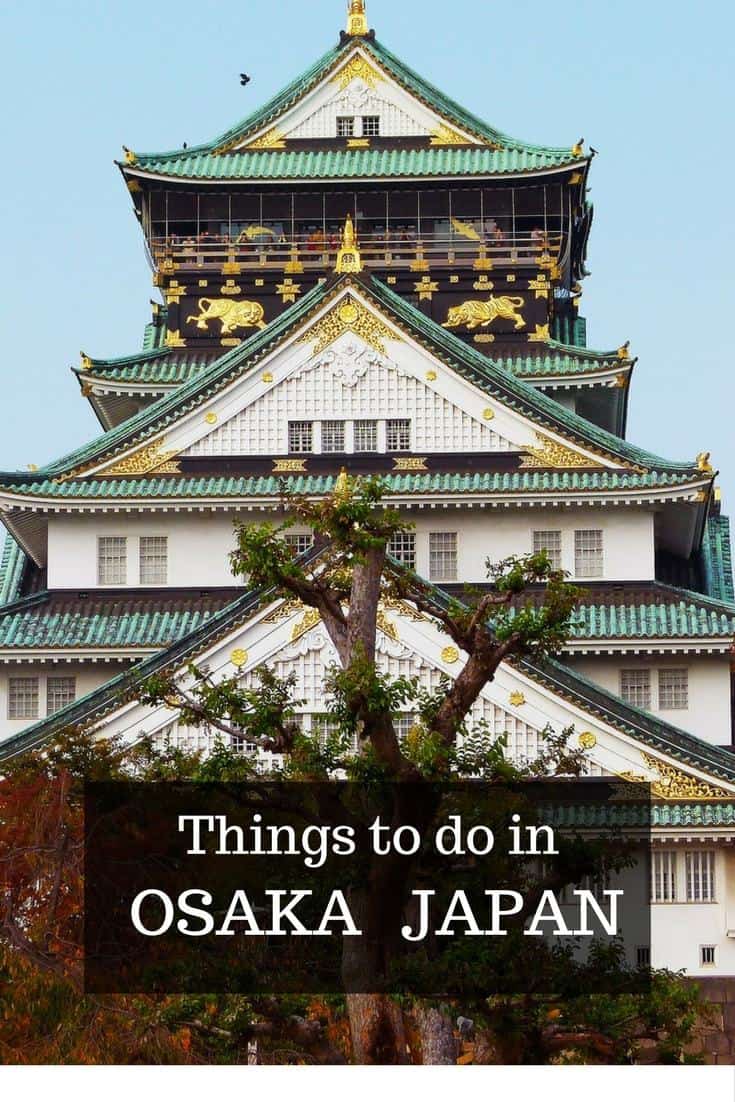 1 thought on “Things to Do in Osaka, Japan”