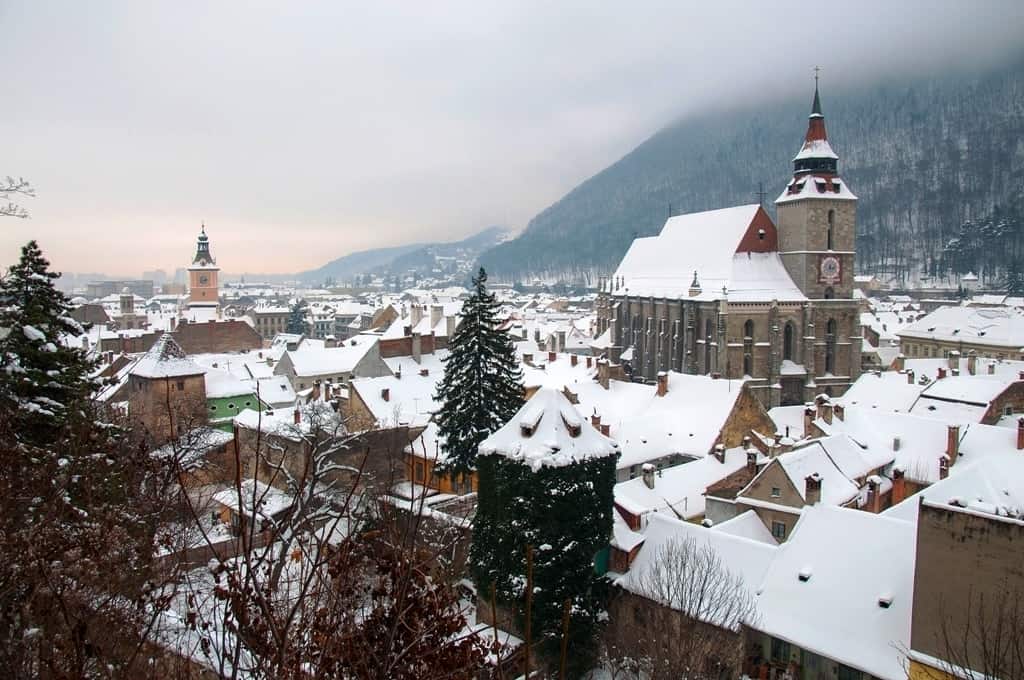 Brasov is one of the most beautiful cities in Romania and also a great destination to explore. The city has a perfect mixture of historical and modern influences. When Romanians want to get away and feel the nostalgia of their ancestors, while at the same time enjoy the cooler climates that can be felt in the Subcarpathian regions they go to Brasov. The city was founded by the German community which is why much of the architectural styles are a mix of both German and Hungarian, with an interesting influence of Romanian craftsmanship. If you find yourself in Brasov, here are the things that should definitely see!

Check out more places to see in Transylvania.

Interesting things to do in Brasov

While taking a stroll down the picturesque pedestrian-only Republicii street, one will come across the Black Church, with its ever reaching main structural supports extending toward the heavens. This is one of the main Gothic style monuments in the country, and you should definitely visit it. This church was originally a Roman Catholic church that was devoted to Saint Mary. While the church was not originally black, it got its name due to a fire that hit the town near the end of the 17th century and blackened its walls and gave it the name we know today. The church’s interior now resembles a mostly baroque style, compared to its original gothic heritage. The exact date of construction is unknown; researchers believe that the local German community hired Bulgarian artisans to begin construction of the church somewhere between 1383 and 1385.  But the final touches were added in the 16th century.

Inside the church, one will find one of the biggest organs in Europe. It was constructed in 1839 by Carl August Buchholz (1796–1884) with an impressive 4000 pipes that can be heard playing three times a week during the summer months. The church also contains one of the largest collections of Oriental carpets in Europe that were donated over time to the church by Transylvanian Saxon merchants. The highest point in the church stretches 65 meters from the floor to form the churches only bell tower containing a 6-ton bell, the largest of all the Romanian churches. To this day a Lutheran service is held each Sunday for the small German community in the city.

You can’t go to Brasov without noticing the Council Square that can be found right in the middle of the historic area. Since 1364 merchants both locals and foreigners have been coming here to sell their wares as it is an extension of Roman trading routes. The surrounding area is made up of historic buildings dating back as far as 1420. One can let their imagination take them back in time to when witches were publicly scorned at the pillory in the center of the square. Just off to the side, but still centrally located one will find the Council House that was erected in 1420 and is now the home of Brasov’s County Museum of history. You can also enjoy some good traditional food at one of the many restaurants that can be found in the Council Square or have a coffee while you are admiring the mountains.

Find the narrowest street in Europe

While you enjoy the sights of Brasov, you can try to find the narrowest street in Europe, also called Strada Sforii (the Rope Street). This street is not more than 4 feet wide, so it should be easy to spot. It connects Cerbului Street with PoartaSchei Street and in the past was used by firefighters as a shortcut. You will get overwhelming feelings as you take a walk through this unique street and enjoy its romantic lights that can be seen during the evening. 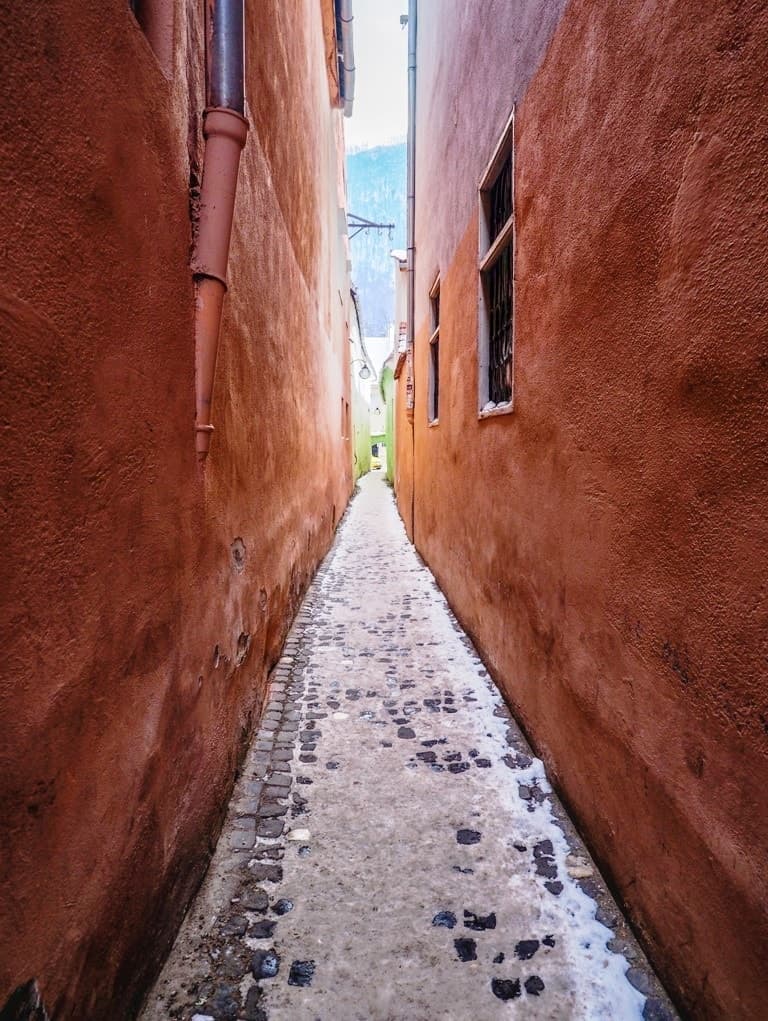 Brasov is famous for its fortifications that are centuries old and some of them still intact. Many of these fortifications were made to protect the city, but today they are pure historical sites to admire. The original system of fortifications was formed byf 27 towers and 8 bastions, without counting the water ditches and ponds. Most of these towers are still open for visitors, and the views they offer are simply incredible! Catherine’s gate is the only connection between the fortified side of the city and the suburbs. This gate was built in 1559 as a defense system and somehow managed to be still there today. By visiting this gate you definitely get to enjoy a piece of amazing history!

Cetatuia fortress is not far from the central park of Brasov and it is going to take you on an interesting historical journey. This fortress was built in 1625 and it was an important factor in defending the city. It is located on a hill which offers a great view over the city of Brasov and a great time to relax for visitors. The fortress served as a prison until 1954 when it was closed. With such a rich past, this is definitely one of those attractions that deserve to be explored!

Besides the Rope Street, there are many narrow streets that you can come across in Brasov, especially in the old side of the city. When you take a walk through the city, you will discover streets that are covered in a dim light, which gives them a mystical atmosphere. They are not as advertised as the Rope Street but they have a unique charm that you will not find in any other city in the world. If you want to find such streets, you might need to leave your map at home and simply wander around the less travelled paths. You will be attracted to these mysterious alleys, away from the main attractions that the city has to offer. And you will get an unforgettable experience!

Hiking on Tampa Mountain is something almost everyone can do, it doesn’t require any special skills and you don’t risk any type of danger. But the reward you find at the end of your hike is a very entertaining one. When you get on top, you will be able to admire the city from an altitude of 960 meters. Just like the Hollywood sign, you will find here a Brasov sign which is perfect for taking pictures with. If you do feel in good shape, you can go further and explore more serious hiking paths that start from Tampa Mountain. But this spot itself is one of the most beautiful you can find in Brasov! If you don’t feel like hiking at all, you can yake the cable car up to the top of the mountain and just relax and enjoy the view. 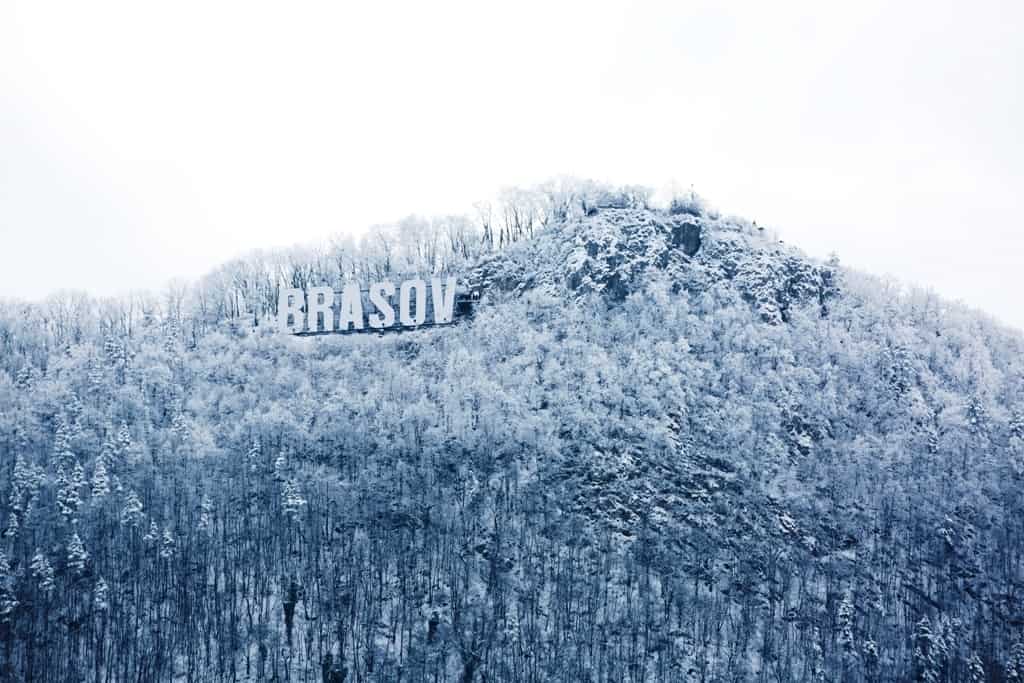 How to get to Brasov from Bucharest

If you are visiting Romania, chances are you find yourself in the capital of the country which is Bucharest. Taking a trip to Brasov is very affordable and easy so you shouldn’t skip it because you would be missing out!

If you want to get to Brasov, you can do it by train, by bus or by car. The best way and the most comfortable one as well, is to take this trip by train. You will find trains going to Brasov every hour and you can get in any of them from the Gara the Nord train station in Bucharest. Tickets are around 15 euros at most and you get to enjoy some impressive scenery along the way.

You can also get to Brasov by bus. These busses are as often as one every 30 minutes from Bucharest to Brasov and they tend to be even cheaper than the train. One ticket will cost you around 10 euros. You can pick a bus that goes to Brasov near the Gara de Nord train station. However, these busses are less comfortable than trains which is why they are not always the first option. 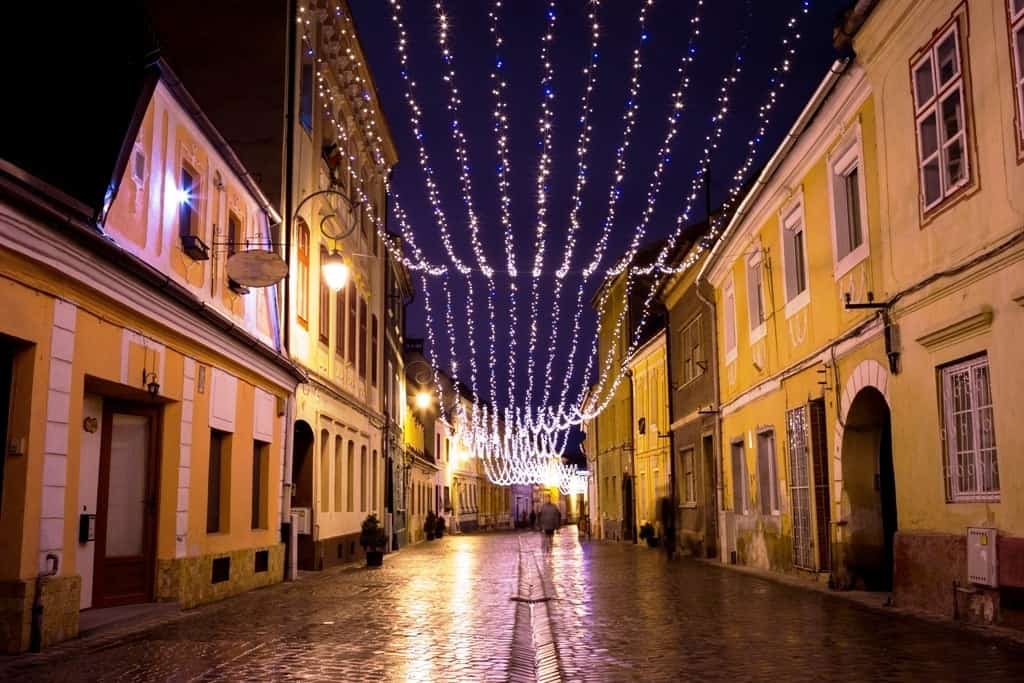 If you plan to take a car ride to Brasov, all you need to do is get on the road E60. It will take you straight to your destination and the quality of the road is decent. Getting to Brasov by car is almost as popular and comfortable as taking the train. One advantage is that you might get there faster.

Brasov is a city that will make you feel like you just got in a different world. Its friendly locals will be happy to share their traditions with you and make you feel welcome. If you want to discover the beauties of this city you should make sure you stay more than just one weekend. To see everything and get a taste of how life is in Brasov, you will most likely enjoy an entire week of exploring it. There is no special season to wait for in order to enjoy this city. Brasov is just as beautiful in the summers as it is in the winter. And don’t forget your camera since all the amazing views will tempt you to snap pictures every step of the way!