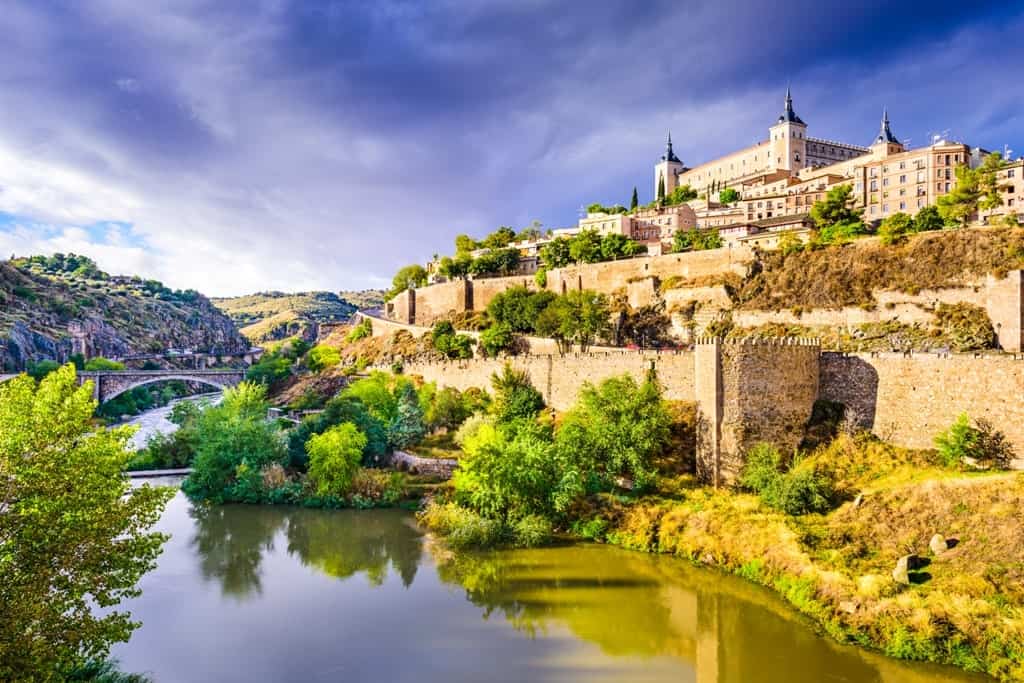 Spain is rich in historic cities and towns, but international travelers often limit their visits to the most popular ones. If you want to explore some destinations out of the beaten path, you may want to get to know some historical events and some hidden facets of this Mediterranean Country by visiting some lesser-known towns, cities, or even small and picturesque villages!

Spanish walled cities are a living witness of the cultural mix stemming from the many rulers who occupied these territories throughout the centuries: Celts, Romans, Visigoths, Moors, Jews, and Catholic kings.

Let’s see a non-exhaustive list of the most beautiful Spanish walled cities!

Let’s start with this city located about 100 Km north of Madrid at 1131m above sea level. It is still surrounded by its ancient crenelated walls with about 80 towers and 9 majestic gates. Avila is pretty famous for being the best-preserved Spanish walled city, and it also has so many nobiliary buildings and elegant mansion which earned it the surname of “Avila de los Caballeros” (meaning “Avila of the Gentlemen”).

Segovia is only 60 Km away from Avila and 90 Km from Madrid. It’s mostly famous for its Roman aqueduct, but it has some great walls offering a scenic view and a real slice of local history. Its fortress and its ancient gates will make you step back in time and they’re really worth a detour when visiting Castile Region. Segovia is also one of the main stops of the Way of St. James!

It’s the most famous Spanish walled city, other than a popular day trip destination for Madrid visitors. Toledo’s ancient Roman walls have been expanded and modified throughout the centuries reaching their current shape and size under the Visigoths. Toledo is a unique city offering its visitors the chance to see a special mix of architectural styles deriving from Christian, Islamic, and Jewish traditions.

This small and picturesque town belonging to Caceres Province, in Extremadura, is an excellent destination for visitors searching for an unusual yet charming location. Its peaceful atmosphere and its elegant buildings on Plaza Mayor will let you get a glimpse of its ancient splendor. It’s also close to a beautiful natural area with forests and pastures.

If you’re planning a beach holiday in Spain, but you’re also looking for some sightseeing, Tossa de Mar in Costa Brava is the perfect place for you! It’s a lovely medieval town perched upon a hill but close to some beautiful sandy beaches. It’s full of art and history, but also vibrant and sunny without being so touristy and chaotic like other seaside resorts nearby. Its Old Town is still enclosed by some ancient walls and its 7 towers give it a fairy look that has always impressed artists and writers throughout the centuries.

Andalusia is not only about Seville, Granada, Cordoba, and other famous historic cities! There are also some smaller and lesser-known destinations that are worth a visit! For example, Niebla is a hidden gem on the banks of the Tinto River: ancient walls, a scenic castle, and a cozy and intimate atmosphere. It’s a perfect day trip if you’re visiting Huelva, but it can be easily reached from Seville or Cadiz too! If you’re going there by car, you won’t miss it: its octagonal towers and its walls are visible from a great distance!

In the far north of the Country, in Galicia Region, there is a beautiful walled city that is not so popular among international visitors: it’s Lugo. It’s the only city in the world that’s still entirely enclosed by Roman walls! These ancient fortifications are 15m high and they’re still so well preserved that you can walk along them for 2 kilometers! If you love visiting walled cities, it’s definitely a destination not to be missed!