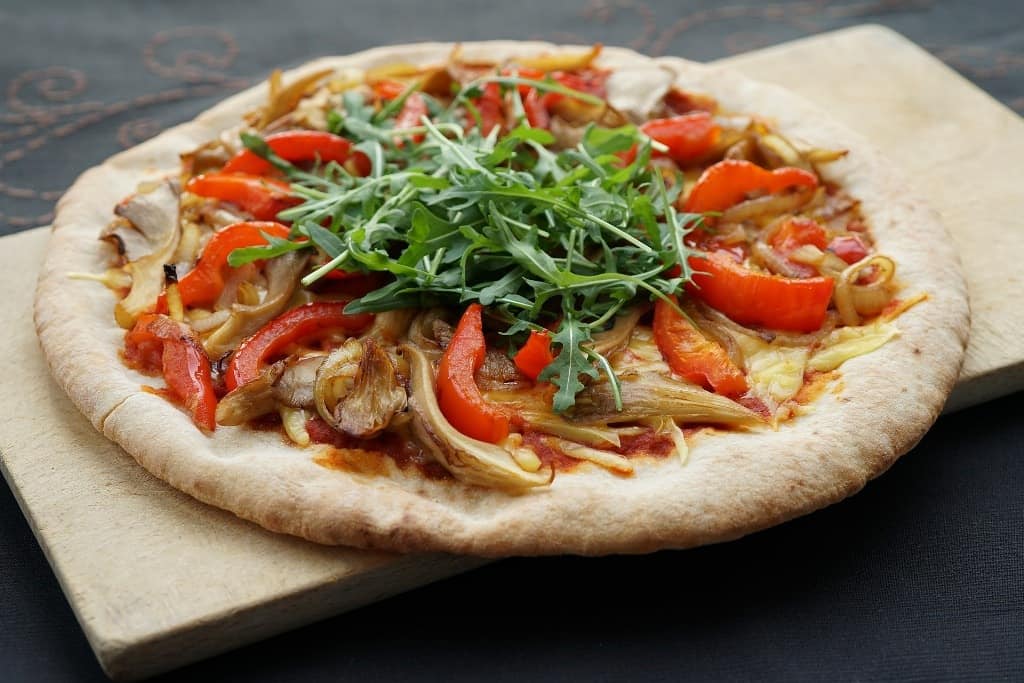 Rome is one of the cribs of European culture, a city where you can see different layers of history and art. To complete this experience you must taste the local food, one of the most pleasant parts of the cultural heritage. Roman cuisine is considered to be simple and rather poor compared to other Italian regions but it will please your tongue if you avoid the touristic restaurants. Here are some typical dishes and the best places to taste them.

Love Italian Cuisine? Why don’t you take a cooking class in Rome?

Rome food guide – What to eat while in Rome

No matter what kind of pizza do you like, the simple “Margherita” with tomatoes, mozzarella and basil or “Capricciosa” with ham, olives, mushrooms and artichokes, Rome won’t disappoint you. Try “Pizzeria ai Marmi” or “Dar Poeta” in the characteristic Trastevere district. Don’t forget the starters – fried zucchini blossoms or rice balls with ragu sauce. Another famous place for pizza in the historical center is “Baffetto” near Navona Square. All of them have a simple design and none of the above takes reservations, so arrive early, about 6.30 pm or prepare to queue if you come at dinnertime that starts at 7.30-8 pm in central Italy.

If you don’t like the flat and crispy Roman pizza and prefer the high crust fluffier Neapolitan one, the most famous Naples pizzeria “Da Michele” opened in Rome last year, near Piazza del Popolo.

Typical Roman pasta comes from a shepherd tradition. The simplest is “Gricia” dressed with cured pork cheeks, black pepper, and grated Pecorino cheese. If you add tomatoes and dried chili pepper to it, you will get an “Amatriciana”. “Cacio e Pepe” is dressed with grated Pecorino Romano cheese and black pepper. The most consistent one is Carbonara, made with bacon, raw eggs, grated Pecorino, and Parmesan cheese. The ingredients are very simple, so its creamy taste praised by both locals and tourists depends on the quality of the ingredients and on the making process. The secret is to put some pasta cooking water on it to form a creamy sauce.

For a true gourmand experience try “Mani in Pasta” in Trastevere area or “Spaghetteria A Casa di Alice” near Piazza Fiume. If you want a classy experience try the Michelin restaurant “La Pergola” at the Rome Cavalieri hotel in the Balduina area.

Don’t abound with pasta and pizza, leave some space for the dessert. Tiramisu wasn’t traditionally a Roman dish but it was adopted by the Eternal City decades ago without any second thoughts. Its classic recipe consists in four basic ingredients: mascarpone cheese, eggs, coffee, and Savoyard biscuits.

The most famous place for tiramisu in Rome is “Pompi”. They started in the Re di Roma neighborhood with the classical coffee version and then added strawberry, banana and pistachio ones. They were so successful that the owners opened several shops around the city. The most central is near the Spanish Steps. Many locals prefer more artisanal places though, like “Roscioli” near Campo de’ Fiori, “Caffè Propaganda” near the Colosseum and “Benito” in the Jewish ghetto.

If you need a snack during sightseeing the Italian ice cream is always a great idea. Every year Romans make new rankings of the best gelato in town that generate arduous discussions. Some gelato shops have dominated the rankings for decades, others certainly deserve to be there. The ice cream comes in a cup or in a cone that can be in two or three sizes. For the smaller ones, you usually get 2-3 scoops with different tastes, from the classical ones like pistachio or strawberry to some really creative, like salted caramel, tomato, and basil or even champagne.

Amongst the leaders is“Fata Morgana” in Monti, which has some definitely interesting tastes like Venere rice and rose petals or avocado, white wine, and lime. “Gelateriadei Gracchi” in Prati and “La Romana” near Piramide are more traditional but may surprise you by their quality and consistency. Other good places to stop for a gelato are “Punto Gelato” near Navona Square, “Neve di Latte” near MAXXI museum and “Fassi” in Piazza Vittorio/Monti area. 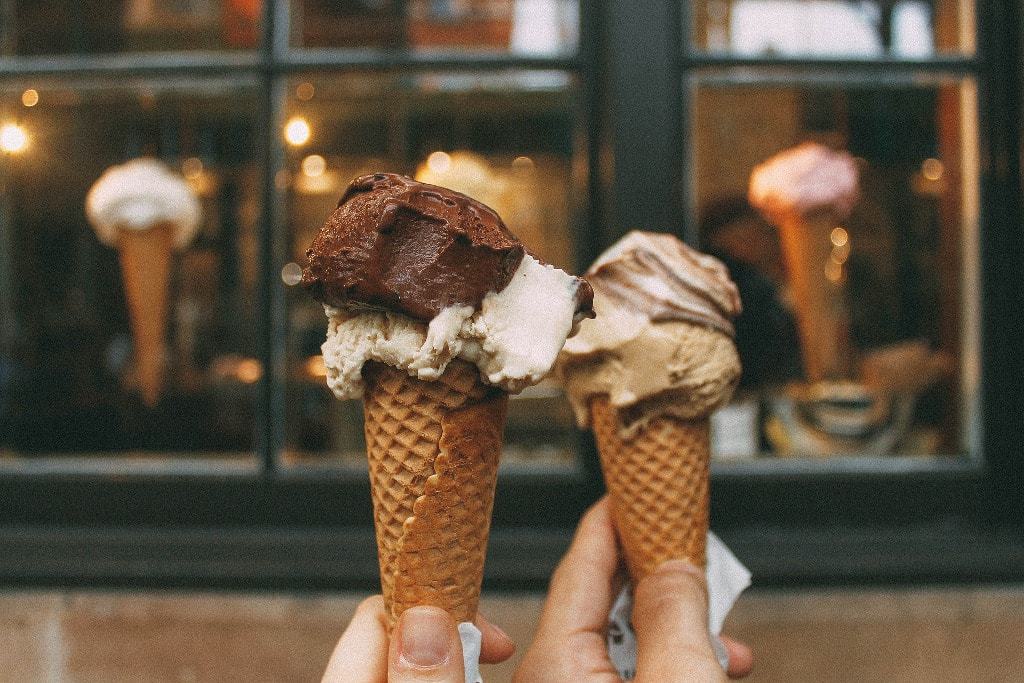 Don’t miss the most important drink and social ritual in Italy. First, because you will need some energy for all that walking, second because it is amazing. The typical Italian coffee is espresso but there are several types of it, like marocchino – a small cappuccino with cacao, caffè latte – what people in other countries call latte, or shakerato – shaken espresso with ice, perfect for summer days. The price of a coffee at the counter and at the table might be different in almost all touristic places but some of them are really worth the extra money.

The best coffee in Rome is considered to be “Sant’Eustachio” near the Pantheon. They cherish the secret of their blend so you will never see the hands of their baristas while they make your nectar. But it’s probably not that important since the result is divine. Their competitor is nearby, in the same area – “La Tazza d’Oro”. Try a good marocchino here, sit on their wooden bench and enjoy the smell of the coffee roasting while you relax. If you want to go off the touristic path and try a place where locals go, try the small “Bar” in via delle Quattro Fontane 28. People there are friendly and the coffee is cheap and genuine. 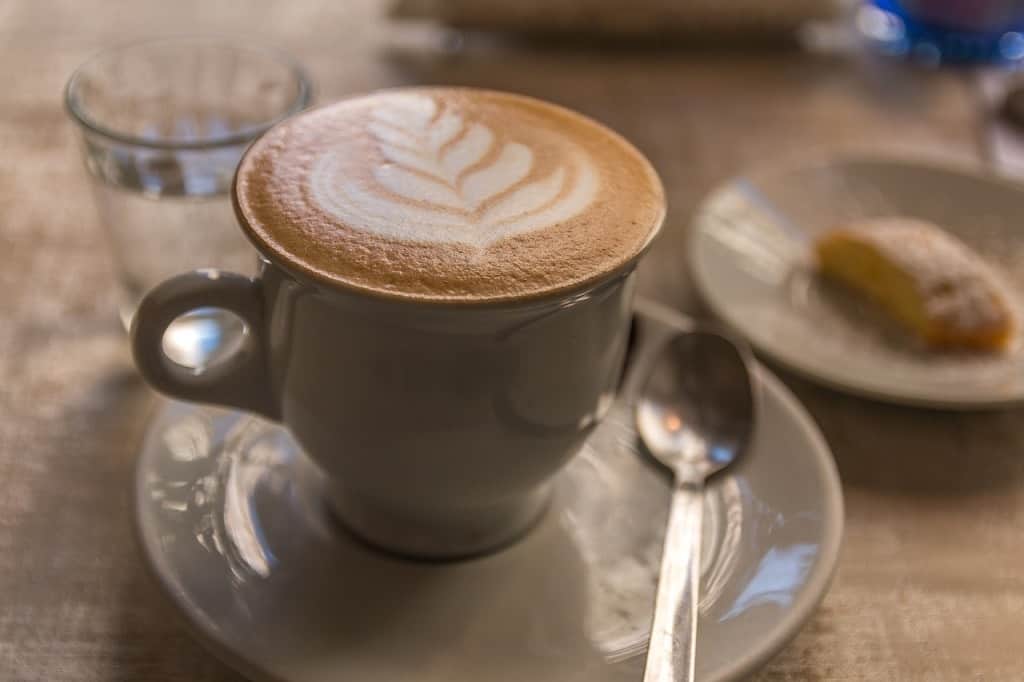 As you can see, the Roman gastronomic culture is almost as vast as its artistic heritage. If you are a vegan or don’t eat gluten you won’t feel deprived, the culinary culture is evolving continuously. New places open every day, from the most traditional ones, as mentioned above, to the most eclectic, like Chinese ravioli and Japanese Brazilian fusion restaurants, avocado or Hawaiian bars and so much more. Rome has a perfect place for everybody’s palate.

2 thoughts on “What to eat in Rome, a food guide”