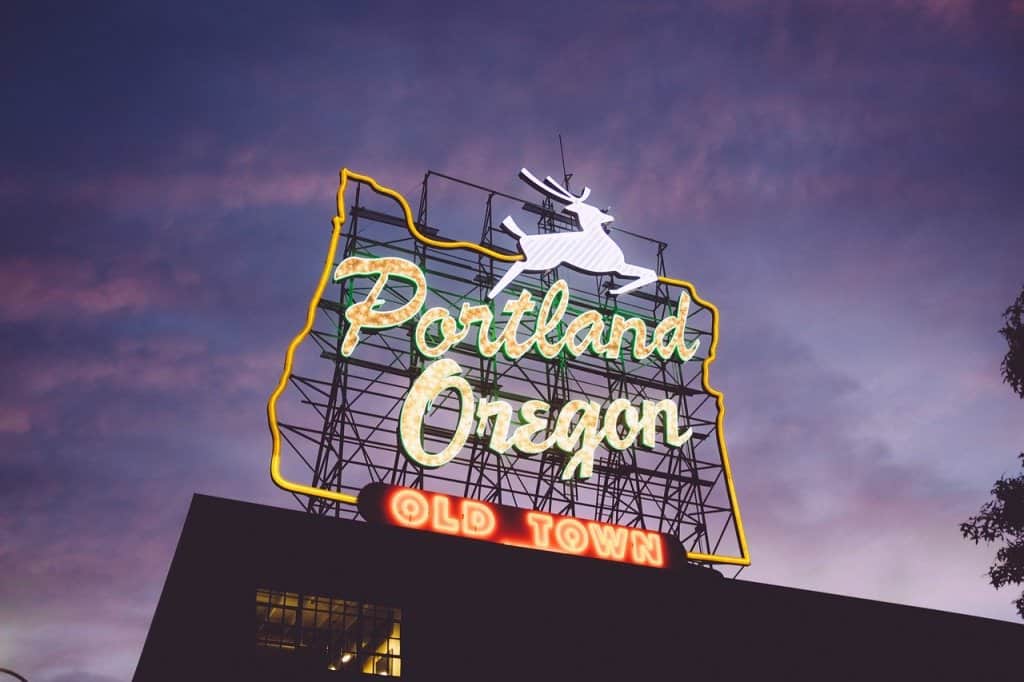 Portland, Oregon, is home to one of the world’s largest bookstores, some of the most famous doughnut shops, and a vibrant craft beer scene. It also has some incredible parks within city limits as well as plenty of outdoor pursuits within a short drive, including the Columbia River Gorge and Multnomah Falls. The local orchards and hopyards provide both wineries and breweries with plenty of hops and fruit, while the city’s doughnut and ice cream producers provide Portlanders with all kinds of delicious treats.

How to spend two days in Portland, Oregon

2 days in Portland: Day One 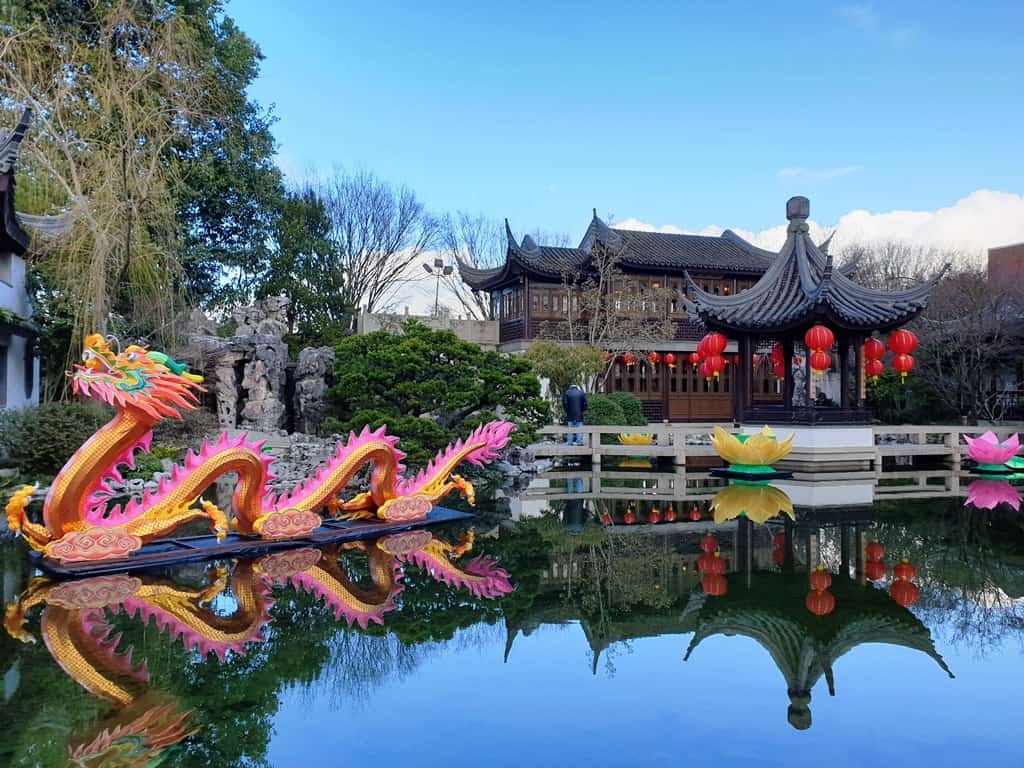 The Lan Su Chinese Garden is located in the northern heart of downtown Portland, a few blocks from Powell’s and Voodoo Donuts. It is a collaboration between Portland and Suzhou, Portland’s sister city in China’s Jiangsu province. Suzhou is famous for its beautiful Ming Dynasty gardens. Portland’s Lan Su was built by Chinese artisans from Suzhou and is considered to be one of the most authentic Chinese gardens outside of China. Your entry ticket includes a public tour of the garden with a trained docent, which is one of the best ways to learn the secrets of Lan Su.

Voodoo donuts is an independent donut shop in Portland. Opened in 2003, the shop is known for its unusual varieties and twists on classic donuts. While they now have locations in several places across the US, nothing beats going to the original shop in Portland’s old town. 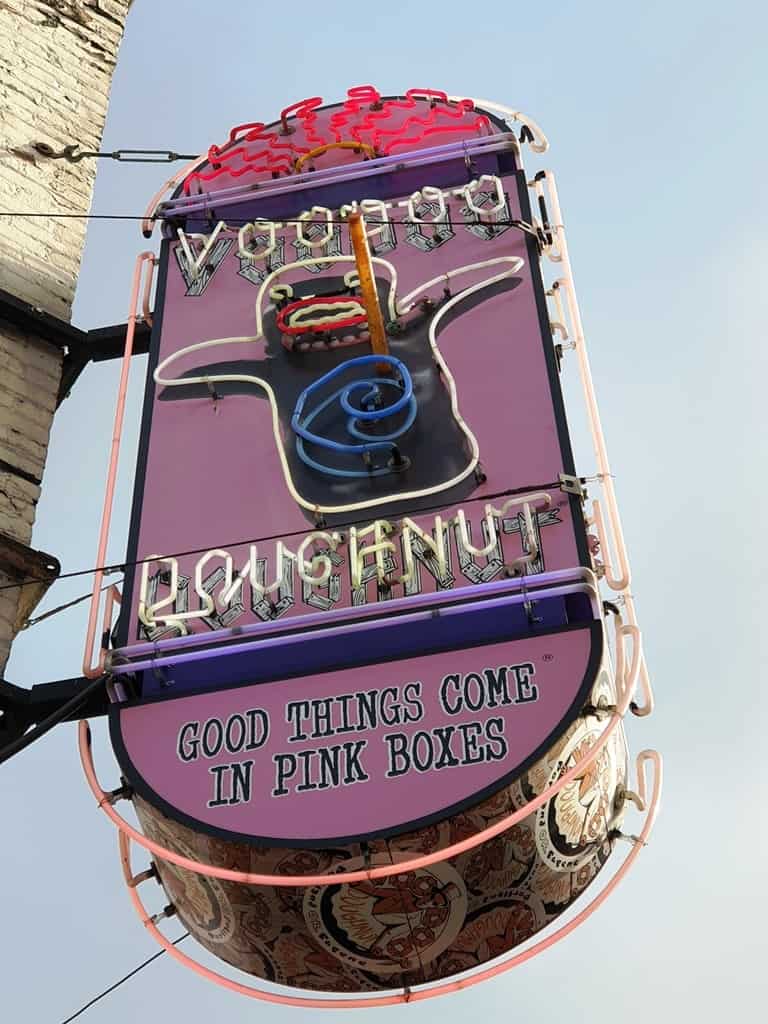 For book lovers, Powell’s is an icon, a Mecca of sorts, and it’s nicknamed the City of Books. Taking up nearly one entire city block, rising several stories high, and encompassing nine rooms over 68,000 square feet, the bookstore is more than just a store. Powell’s has a used book sales department, reading rooms, cafe, and more. The store provides a map (you’ll need one) and from there you browse to your heart’s delight.

Get ice cream in Salt and Straw

Salt and Straw describe themselves as “curiously delicious ice cream made by hand with local ingredients,” and in true Portland style, they are all about the experience. Flavors change often and sometimes disappear forever, and the team is endlessly pushing the boundaries of unique tastes. 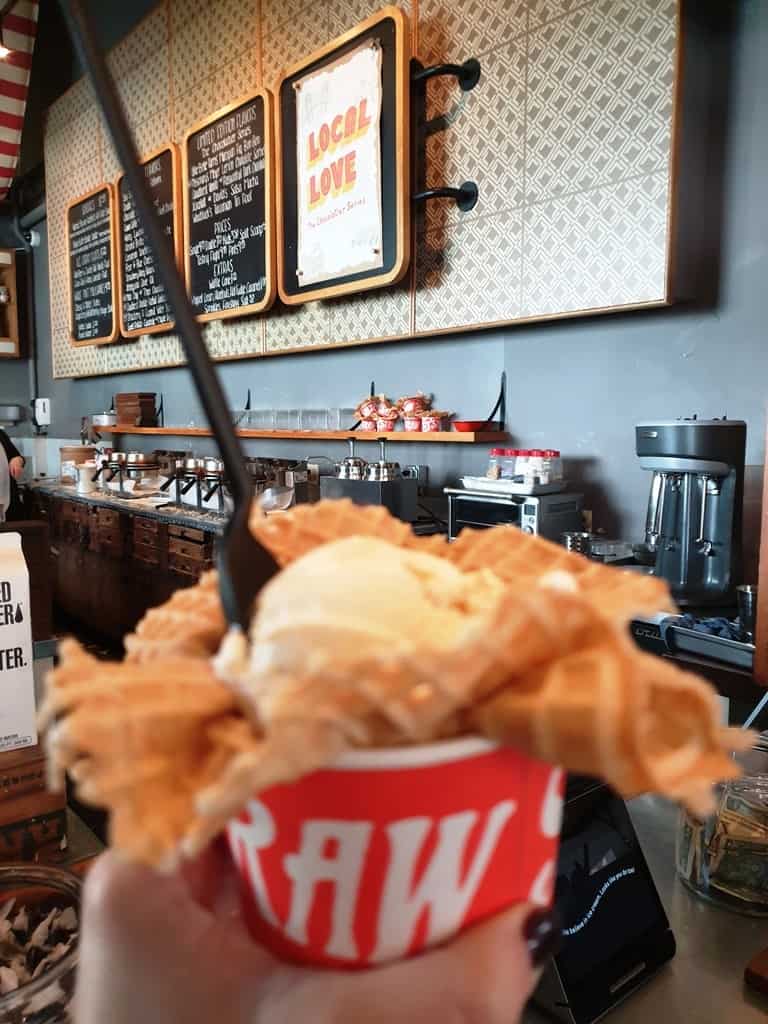 The Pearl District is located on the west side of Portland, just south of the Willamette River, and is known for having plenty of great shopping. Originally a rundown neighborhood with abandoned warehouses and a rising crime rate, the Pearl District is now among the most fashionable in the city. Find one of a kind artwork, jewelry, and more within the district, dine at fantastic restaurants, drink at the craft breweries, and experience the urban renaissance that is the Pearl.

Check out the food carts around the city 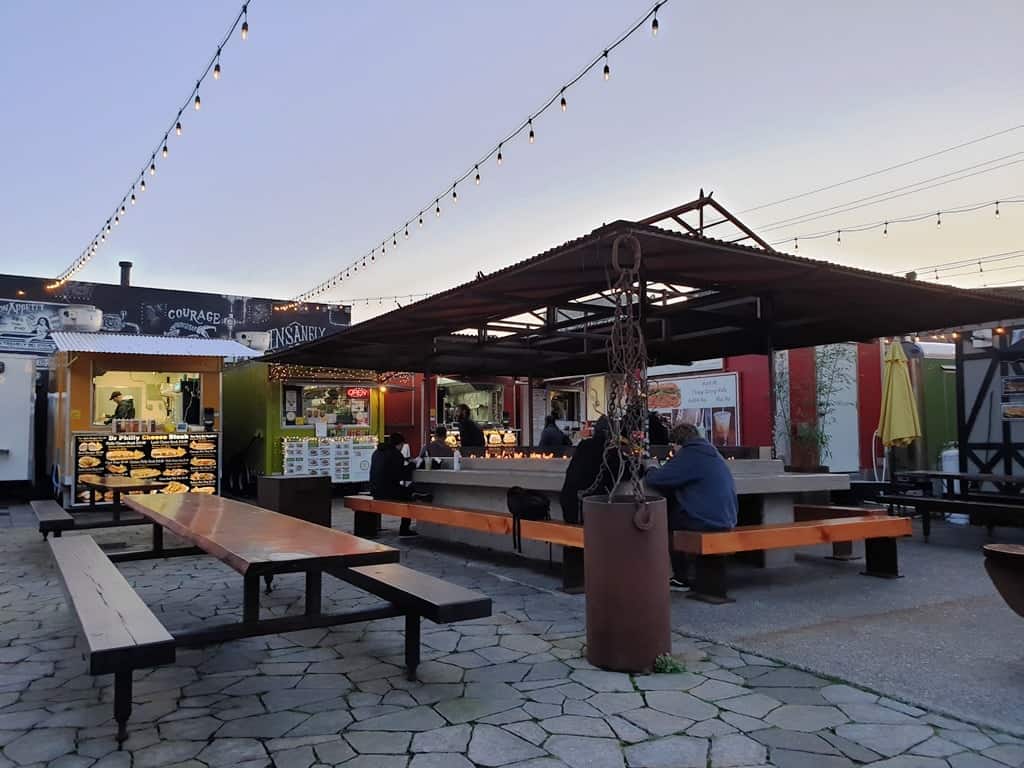 Portland is well known for its many food carts. Whether you are after lunch or dinner, a stop at a Portland food cart is authentic and delicious.  Most food carts stick together in what Portlanders call pods, so it’s easy to sample several dishes at one time. You can find pods of food carts at Pioneer Square, 5th Avenue, Portland Mercado, and Portland State University. 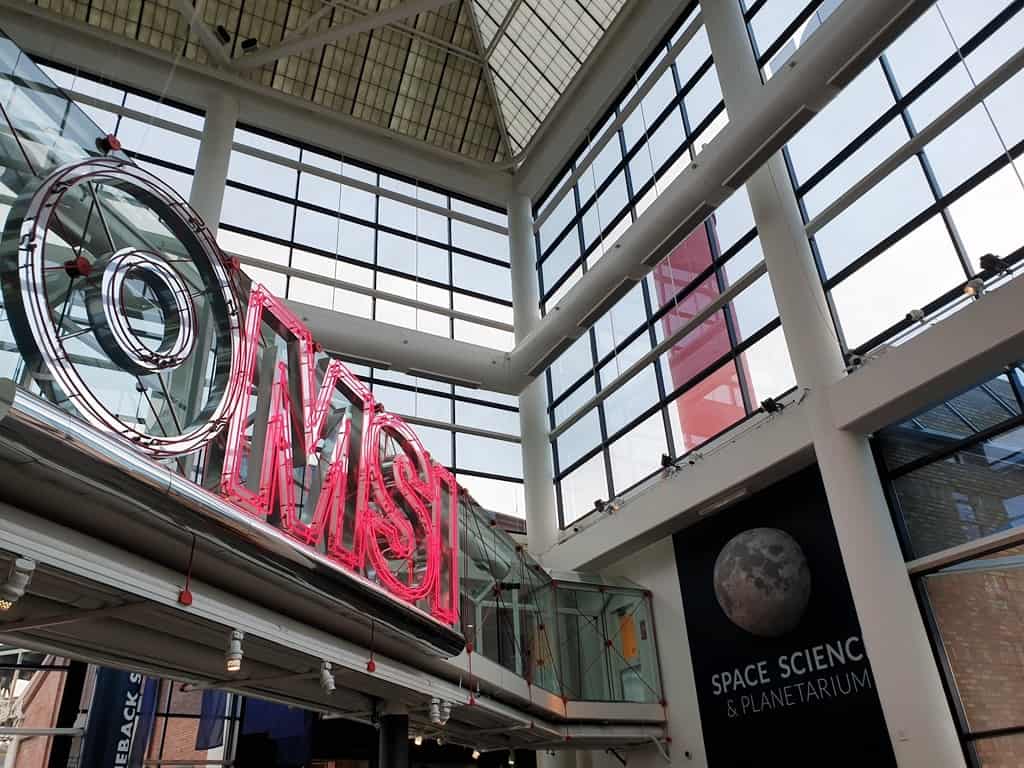 The Oregon Museum of Science and Industry (OMSI) is located on the eastern side of the river, across from downtown Portland. It is a large museum dedicated to both natural and manmade sciences. Be sure to visit the submarine, which is a permanent part of the museum and offers daily all-encompassing tours, daily tech tours, and occasional sleepovers. If you’ve ever wanted to overnight on a submarine, you can do it at OMSI.

Washington Park is located in the west hills of Portland. It is a vast park – over 400 acres – with many trails to walk around, the aforementioned Japanese Garden, a zoo, forestry museum, arboretum, tennis courts, memorials, and more. The land that the park sits on was bought in the late 1800s and was transformed into a rudimentary park with trails, flower gardens, and manicured hedges. But it wasn’t until the early 1900s, when the Olmsted Brothers made some changes, that the park really took off in shape, size, and structure. Today, the Japanese Garden occupies the site of the original zoo, and the original OMSI is now a children’s museum. The park is open until 10 pm and is a great place to spend a few hours after exploring the city of Portland. 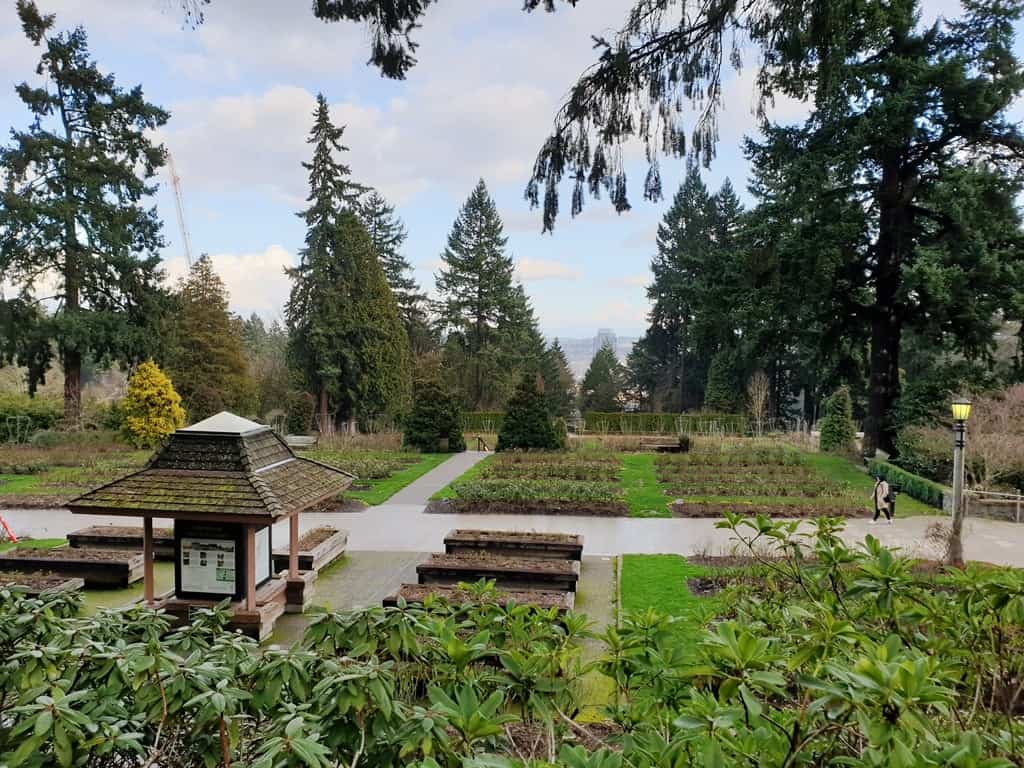 The rose garden in Washington Park is no ordinary rose garden. It is an international test rose garden, which means that rose cultivars are sent to the garden from many parts of the world. These are evaluated on several characteristics, including disease resistance, bloom formation, color, and fragrance. It is the oldest continually operated test rose garden in the US and came about during the First World War when someone convinced the city to protect hybrids grown in Europe at this time. The garden now has over 10,000 rose bushes in over 650 varieties of roses and it is exemplary of Portland’s nickname, the City of Roses. 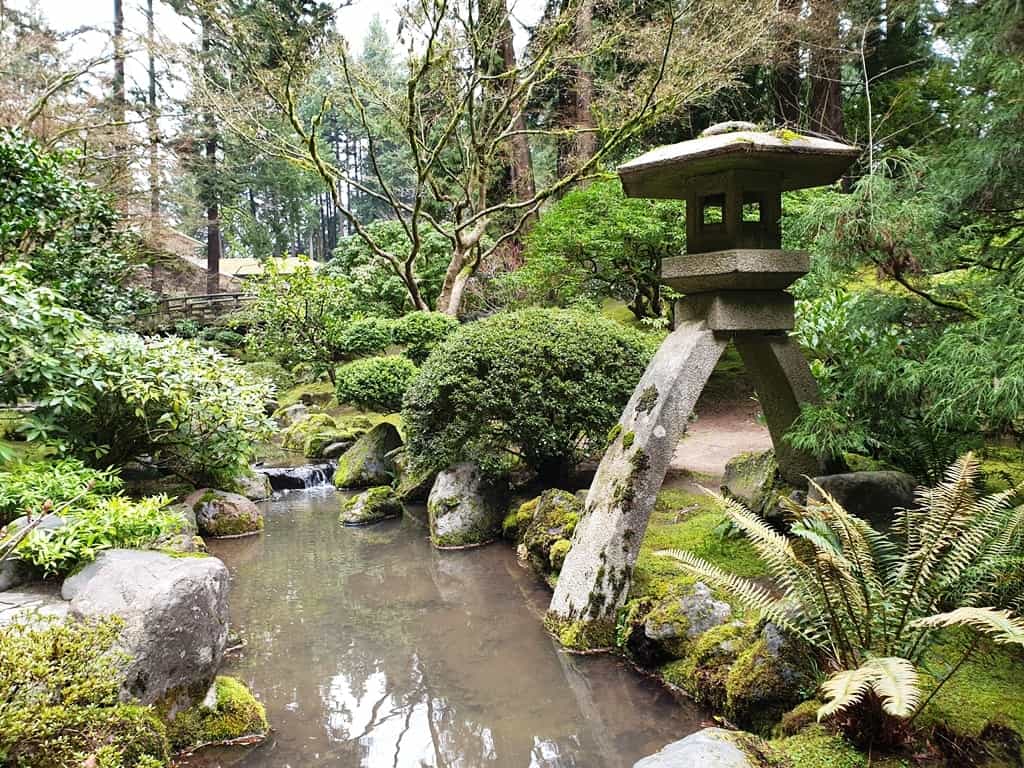 The Japanese garden is located within Washington Park in the west hills of Portland. The 12-acre garden has eight different garden spaces and a cultural village. Some of the most popular gardens include the strolling pond garden, which features a five-tiered pagoda lantern gifted by sister city Sapporo. 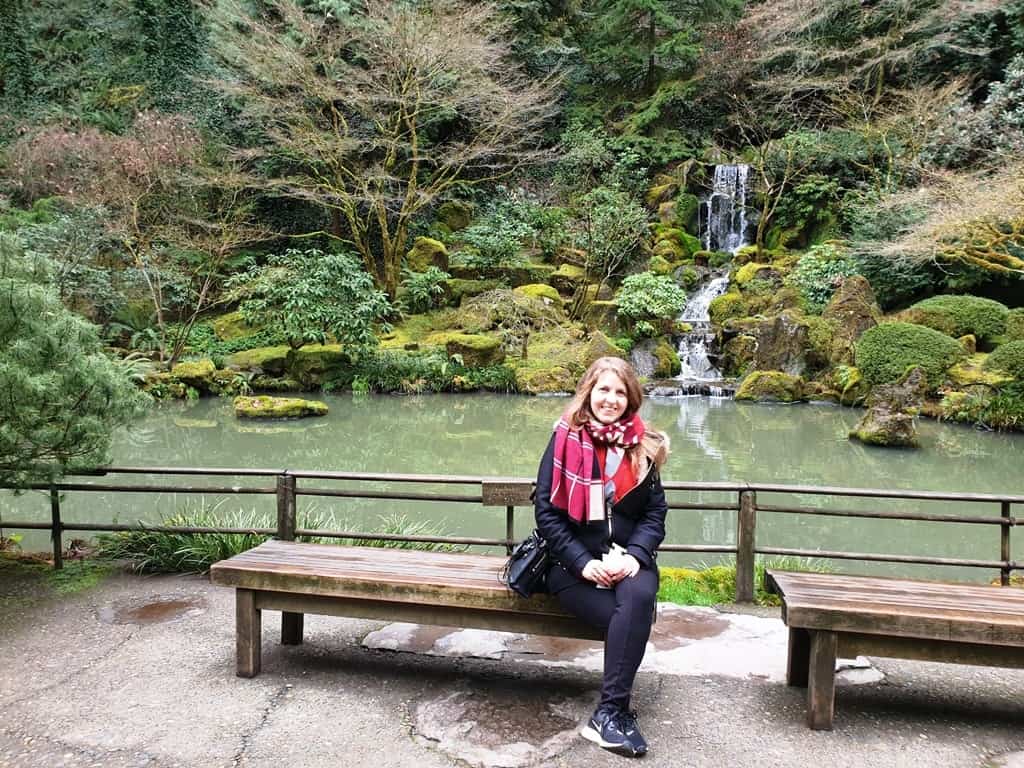 The various gardens have ponds, waterfalls, stone gardens, and plants. Portland’s Japanese garden is open daily throughout the year and offers free tours every day at noon. The park does charge admission. 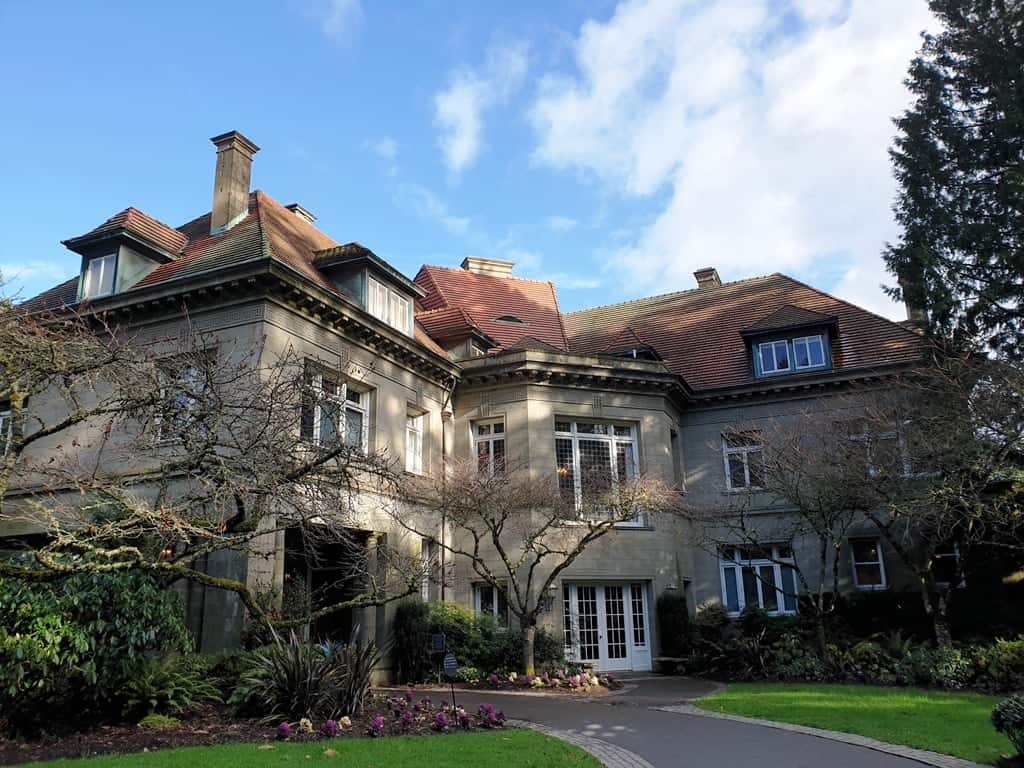 Built in 1914, the 46-room Pittock Mansion sits on 46 acres in the West Hills of Portland. It was built by the Oregonian publisher Henry Pittock and his wife Georgiana. The exterior is a blend of French Renaissance and Victorian architecture, while the interiors pull influences from different eras of English history as well as Turkish and French design. Georgiana Pittock was a founding member of the Portland Rose Society, and the exterior gardens are full of roses to commemorate her influence.

The Goose Hollow Inn, located on the west side of Portland, is a classic tavern (no hotel rooms) with some of the best food in town. It was opened by the former mayor of Portland, Bud Clark, and remains a popular spot for locals and visitors. The interior is cozy and warm, with photos of local celebrities all over the walls, while the tavern also boasts a great outdoor terrace open in the summer.

Check out the Breweries

Portland is one of the best cities for craft breweries, so be sure to take some time to explore them. At last count, there were over 60 breweries started in Portland, which means you’ve got your work cut out for you. And no matter your taste in beer, you will find something for you – sours at Cascade, farmhouse-style ales at Upright, or IPAs at most of the breweries in the city.

Oregon is sales-tax-free, meaning that purchases like clothes, home goods, and more incur no sales tax. This is a great place to stock up on some cute items at the Pearl District boutiques!

Portland has many great day trips nearby, from the Willamette wine region to the rugged coast. If you have extra time, you can check out these local Portland day trips.

Latourell Falls is one of the closest waterfalls to Portland in the Columbia Gorge, and one of the most picturesque. There is a loop trail of about two and a half miles that get hikers to Upper Latourell Falls and back down to the base of the falls below the highway. There is a moderate elevation gain and the trail is both well-marked and well-maintained, making it an easy half-day trip from Portland city center.

If you have the whole day, you can go out further into the gorge and visit sites like Multnomah Falls and Punchbowl Falls, the historic towns of The Dalles and Hood River, and see one of America’s most scenic canyons. The Columbia River Gorge is a full experience, from the jaw-dropping scenery to the exceptional food and wine you can find here (and the craft beer), and to the adventure, you’ll come across.

Cannon Beach lies about a two-hour drive from Portland and is a charming seaside town with a wide, flat beach and two haystack rocks out in the sea. The town has plenty of great shops and restaurants and makes a delightful day out. 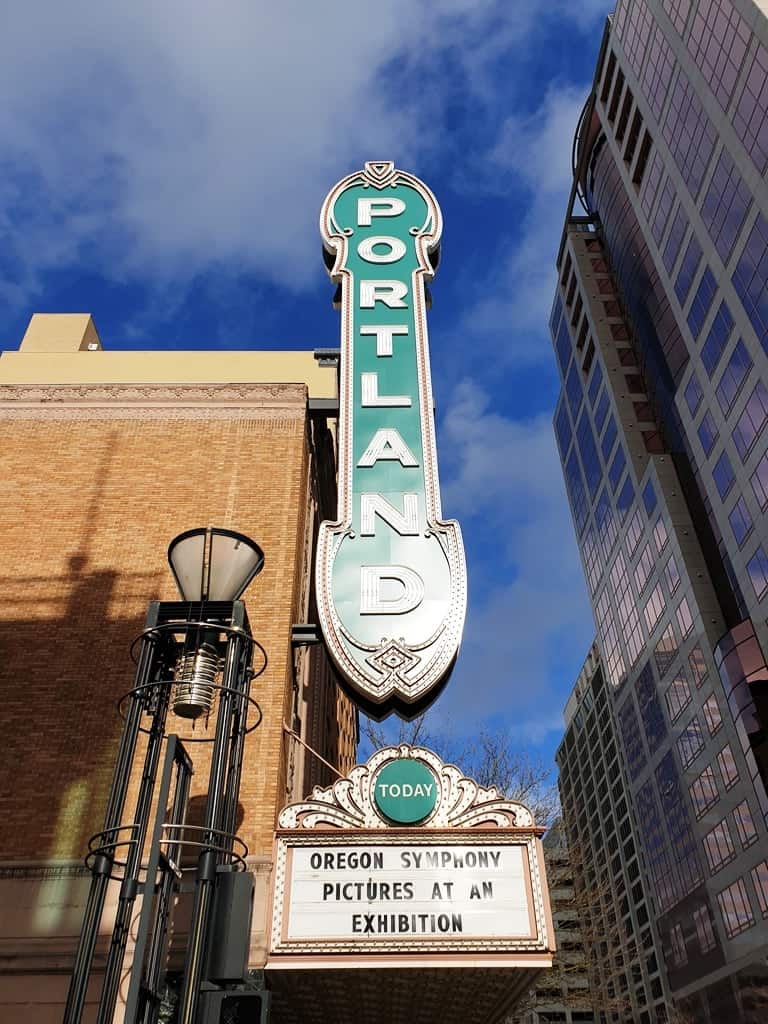 How To Get into Portland From the Airport

The most inexpensive way to get into the city center from Portland Airport is by the MAX light rail, which only takes about 40 minutes and runs 20 hours of the day. There are stations all across the city. An adult ticket costs less than $5.

A taxi is the most convenient way to get into the city, since it’s a door to door service, but will cost approximately $35-40.

Portland is a fun city for a long weekend. It has incredible dining options, great craft breweries, excellent shopping, plenty of city center wilderness, and a lot of exciting day trips. Whether you are in town on business and need some foodie inspiration or want to Instagram your way across the city, this two days in Portland guide has all the right ideas for you. 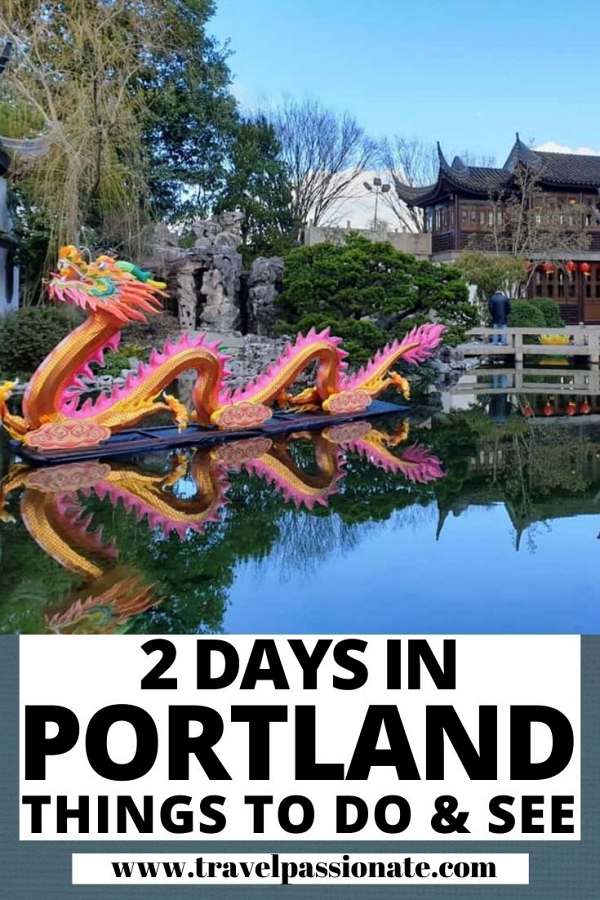 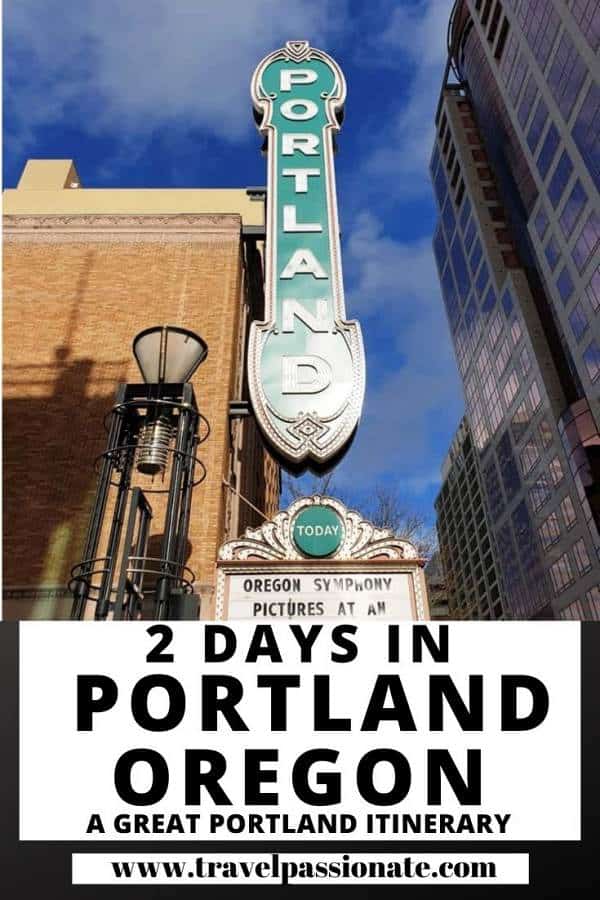 1 thought on “2 Days in Portland, Oregon a great Portland itinerary”