Russia is a vast, eclectic and intriguing country and the capital, Moscow is no different, so a three-day itinerary in this fascinating city is sure to entertain. With tons of culture, history, art, and architecture, Moscow will entice even the most discerning traveler, and after seeing the city’s main sights you’ll understand why it is a place on so many people’s bucket lists!

Whether you’re visiting for a weekend break or as part of a longer vacation, this three-day Moscow itinerary will help you figure out the best way of seeing the city to ensure you don’t miss the top spots. Here you can find more sights and tips for Moscow.

This is a guest post from Tzina Varotsi of Love for Travel travel and lifestyle blog.

A 3-day Moscow itinerary: Things to do and see

3 Days in Moscow: Day One 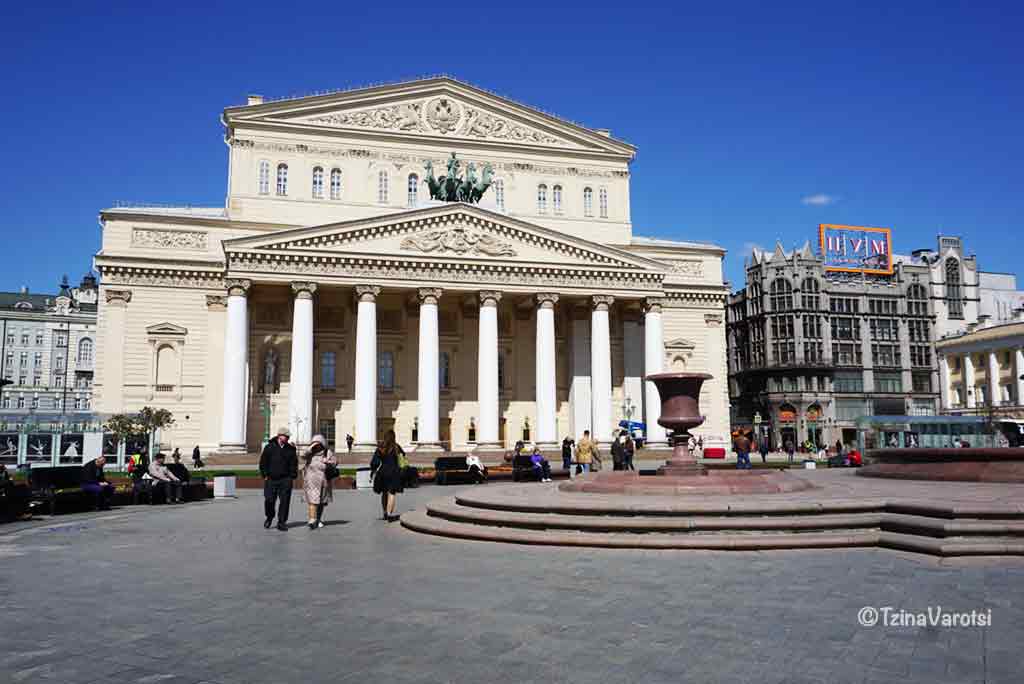 The Bolshoi Theatre in central Moscow is best known for its ballet and opera performances that are lauded as being some of the most impressive in the world. With some of the finest ballet troupes in the land putting on exquisite shows of Swan Lake and Sleeping Beauty, you’ll feel as though you are part of high society as you enjoy an evening of refined entertainment while being dressed up to the nines.

This will truly be a once in a lifetime experience to remember! Even if you don’t manage to catch a show at the Bolshoi Theatre, the grand exterior is worth seeing anyway. Located next to the Red Square, this beautiful building – designed by architect Joseph Bové – has a certain presence that must be experienced when visiting Moscow. 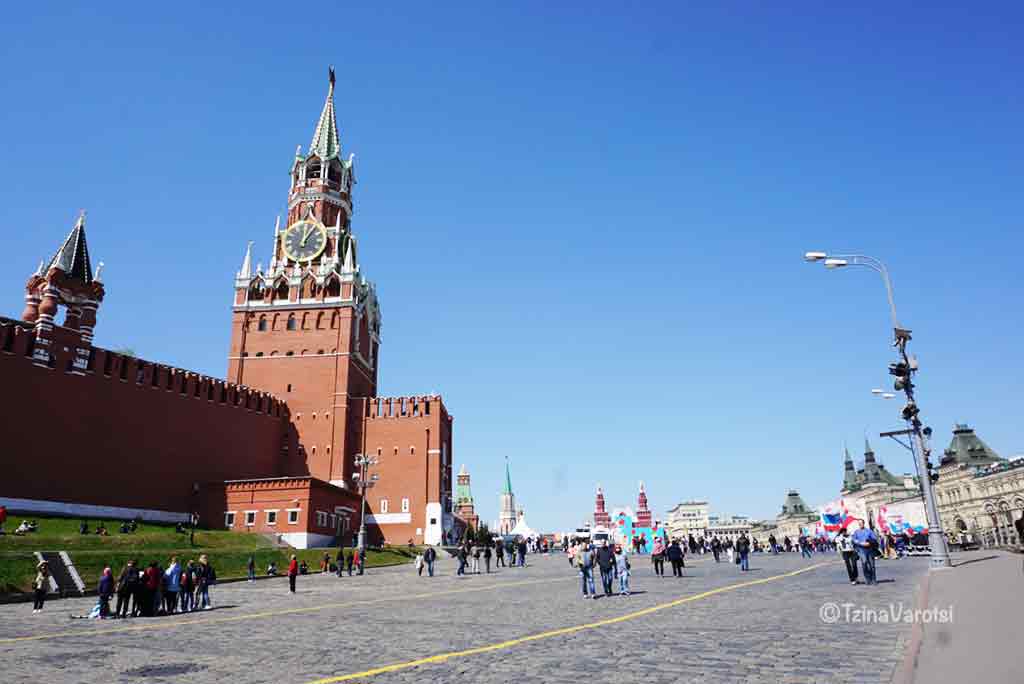 The Red Square lies at the heart of Moscow and is arguably the most significant sight in the city, not least because it is home to the Kremlin and St. Basil’s Cathedral. Surprisingly, the Red Square was not named as such due to its colour or even due to the connection with the communist party.

In fact, it became known as the Red Square because the Russian word красная (krasnaya), which means “red” is related to the word красивая (‘krasivaya’) meaning “beautiful” which was often used to describe the surrounding area. It was Tsar Alexei Mikhailovich who generalised the whole square as the Red Square which we now know and love. The Red Square is steeped in history and if you take a walking tour of the area you can learn all about the area’s past. 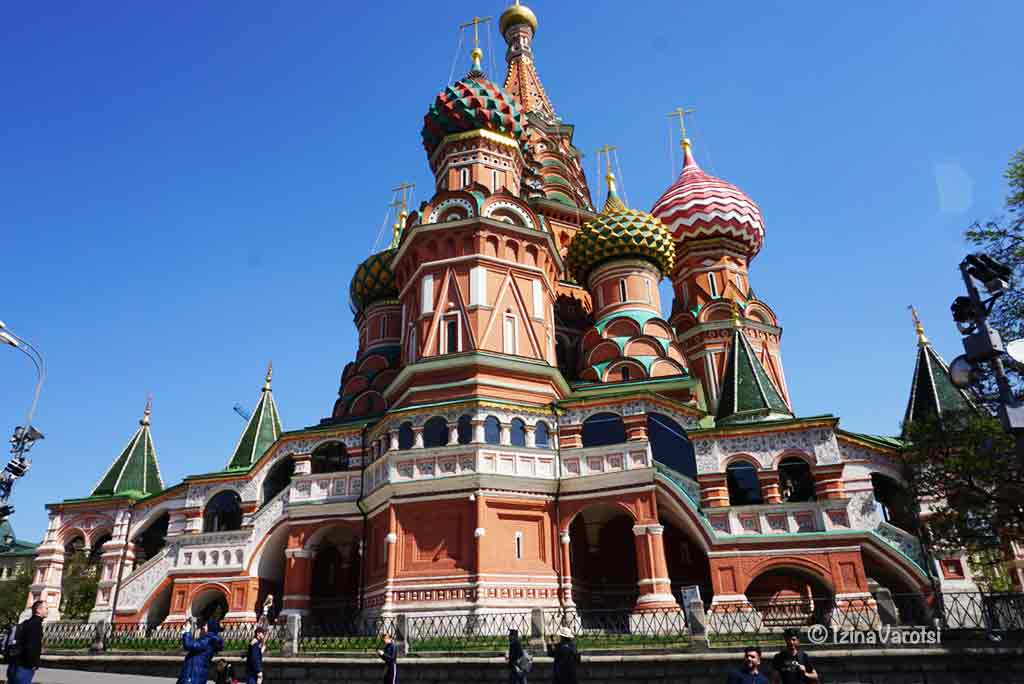 Another of Moscow’s most famous sights is St. Basil’s Cathedral, the colourful domed church located in the Red Square. The domes of this stunning cathedral look somewhat like meringues or cupcakes and it has arguably become the most recognisable building in the whole of Russia! A walking tour of the Red Square will take you to St. Basil’s Cathedral and you’re sure to be even more impressed by the colours in real life than you are in pictures! 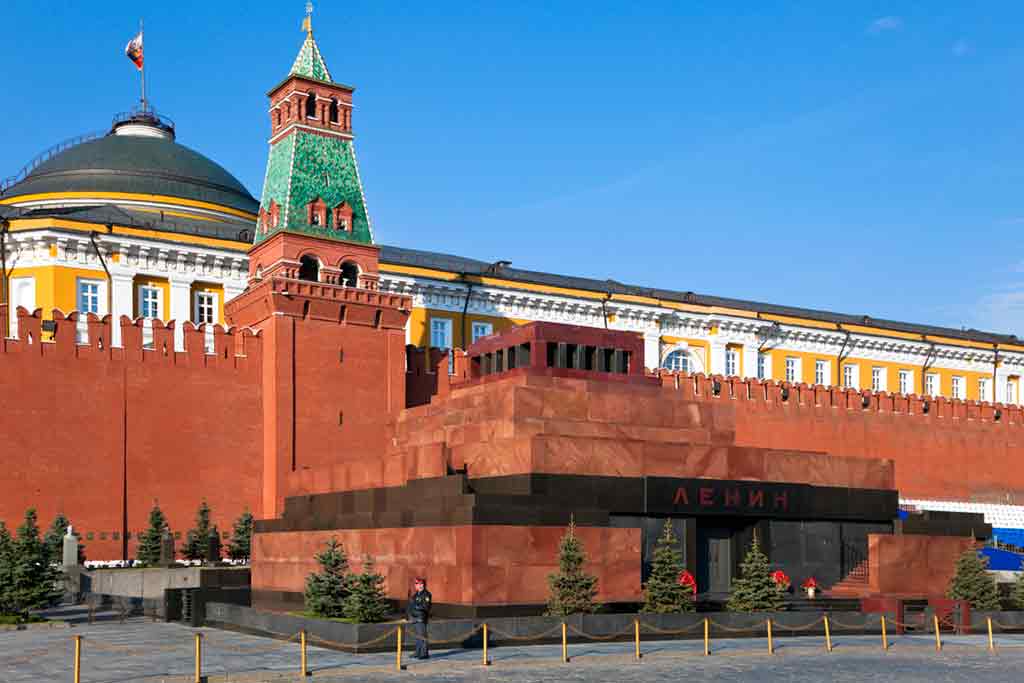 Lenin’s Mausoleum, also situated in the Red Square, is the resting place of the Soviet leader of the Bolshevik Revolution, Valdimir Lenin. Lenin’s preserved, embalmed body is on show within the mausoleum and while this is slightly macabre it shows the admiration the country had for their leader. Visitors are allowed in to see the body in small groups for five minutes at a time and taking photos is strictly forbidden. Lenin’s Mausoleum is only open until noon each day so make sure you visit in the morning if you wish to go in. 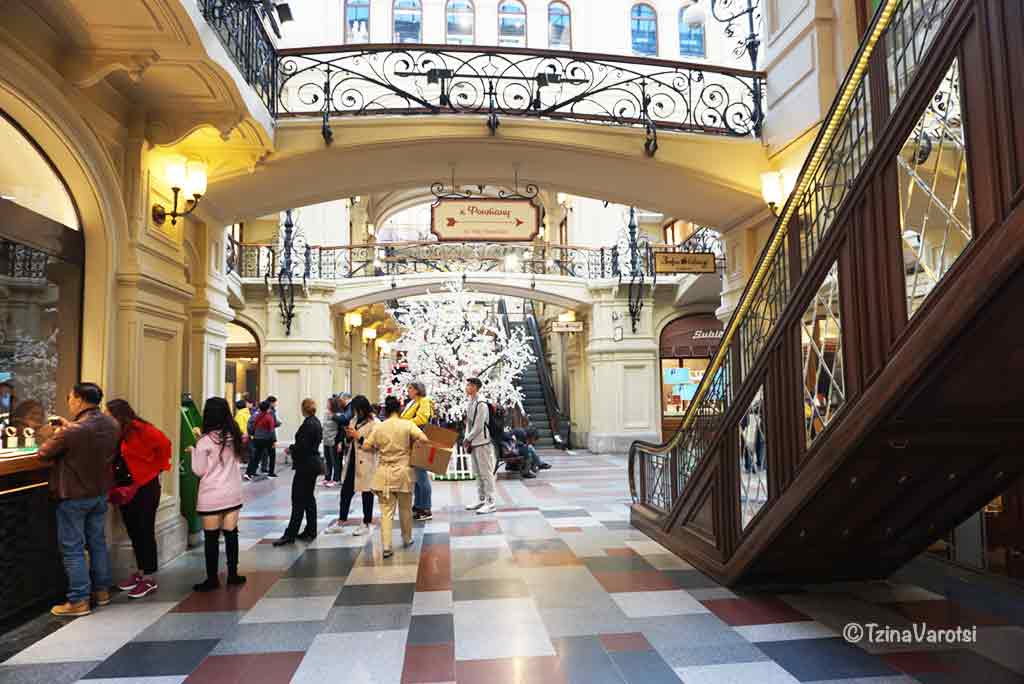 While it may seem strange to have a department store on a three-day Moscow itinerary, when you see the Gum Department Store you’ll understand why. This grand building features a glass roof and two levels of galleries which today include a range of high-end shops. Whether you window shop, people watch or make some designer purchases, you’re sure to enjoy wandering the halls of the Gum Department Store. It also works out as a bit of light relief after a day of sightseeing and historical significance. 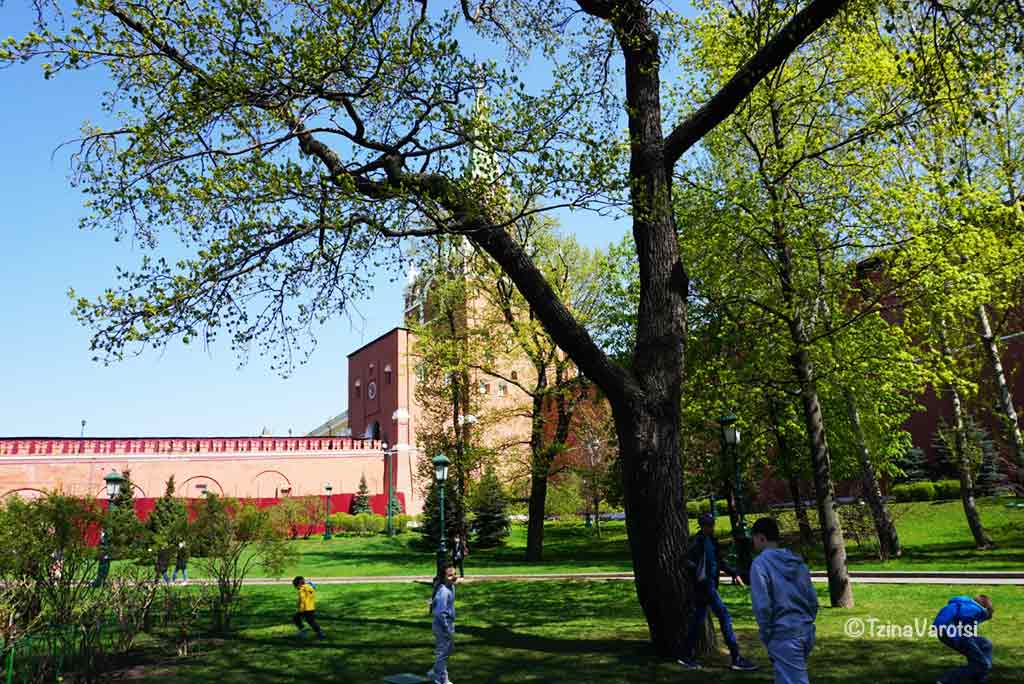 The Upper Garden is home to Tomb of the Unknown Soldier, a war memorial with an eternal flame that is dedicated to Soviet soldiers killed during World War II. The gardens stretch between the Moscow Manege and the Kremlin which is the perfect ending point for the next part of your itinerary. 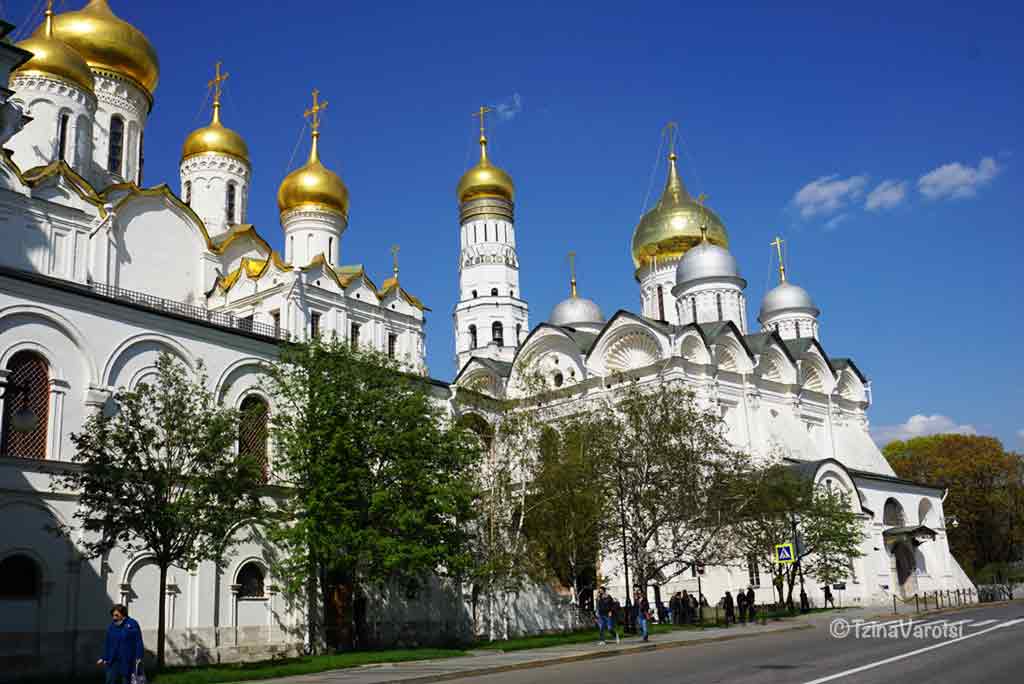 The Kremlin is the term used for the complex in the centre of Moscow that is home to the Russian President. The Kremlin (aka Russian citadel) comprises of five palaces, three cathedrals, walls, towers and a museum which receives millions of visitors each year. It will take you a while to explore within the Kremlin grounds so it is worth giving yourself a few hours here to take everything in.

The Spasskaya Tower, the Ivan the Great Bell Tower, the Troitskaya Tower and the gold domes of the Dormition Cathedral are all well worth a visit! It’s worth noting that the Kremlin is one of the busiest attractions in Moscow so if you can book your tickets online and in advance, you’ll save time waiting in line. 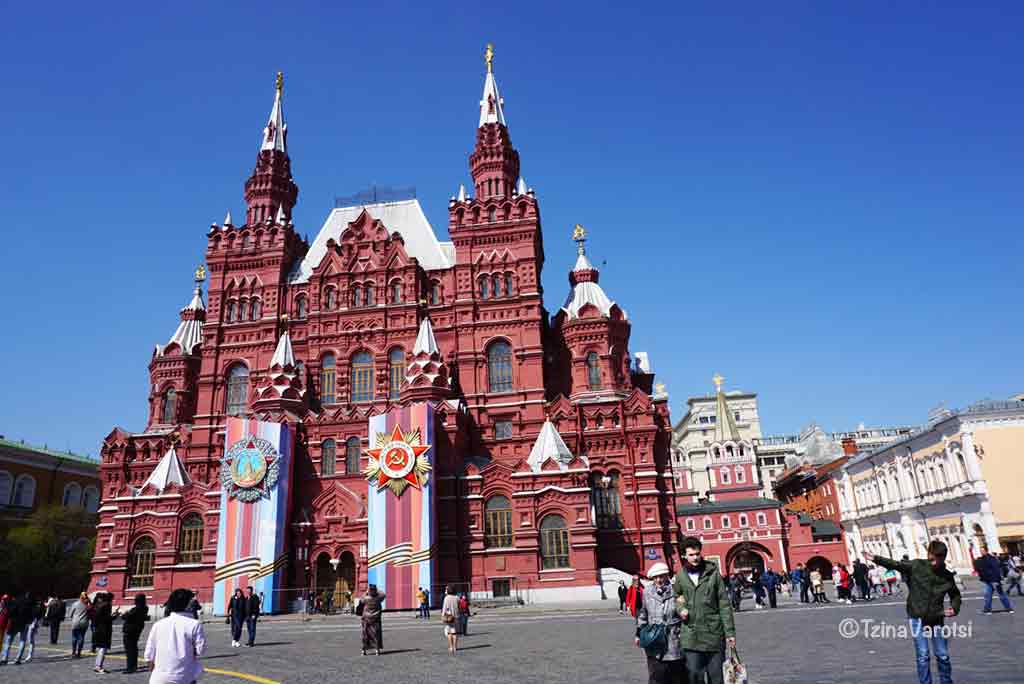 The State Historical Museum in Moscow is not only a fascinating museum but it is a stunning work of architecture too. The museum is home to a range of exhibitions that display relics and artwork from all civilisations that have inhabited this land from pre-historic tribes to present-day civilians. The baroque-style museum is home to millions of objects all of which play their part in the country’s history. The State Historical Museum can be found between the Red Square and Manege Square and is a great place to end day two of your three-day Moscow itinerary. 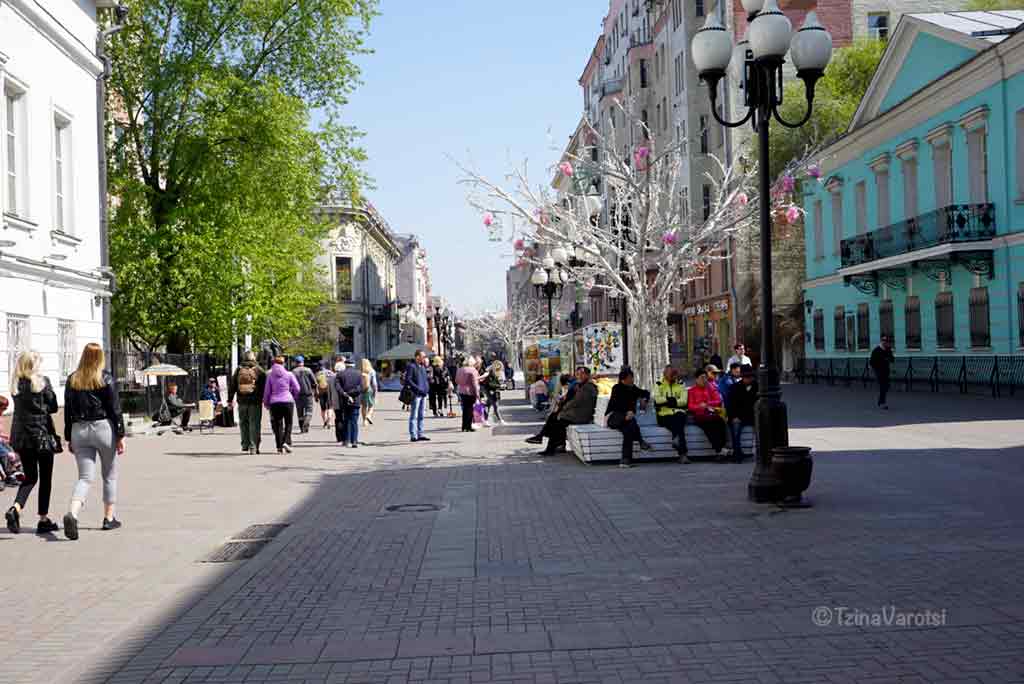 Old Arbat is a pedestrian street in Moscow that is thought to have been a staple of the city since the 15th century! The street has been home everyone from traders and craftsmen to Russian nobility as well as artists, academics and politicians. Arbat is an interesting place to wander, taking in the architecture, statues, lanterns that line the street. There are a number of restaurants and cafés along the street where you can stop off for a drink or snack while watching the world go by.

Cathedral of Christ the Saviour 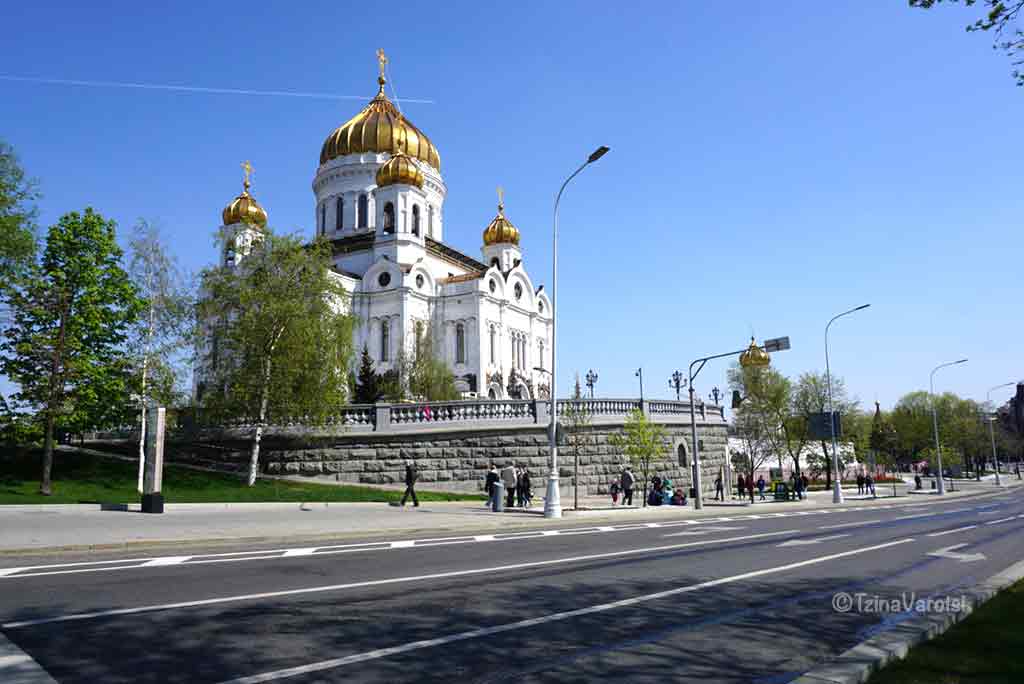 Another gold-domed building that is worth seeing in Moscow is the Cathedral of Christ the Saviour located on the northern bank of the Moskova River. This grand building is the tallest Orthodox Christian church in the world, standing at 103 metres tall. The current version of the Cathedral of Christ the Saviour was built in the 90s but the original, built in the 19th century, was destroyed in 1932 by order of Soviet leader Joseph Stalin who put a swimming pool in its place. 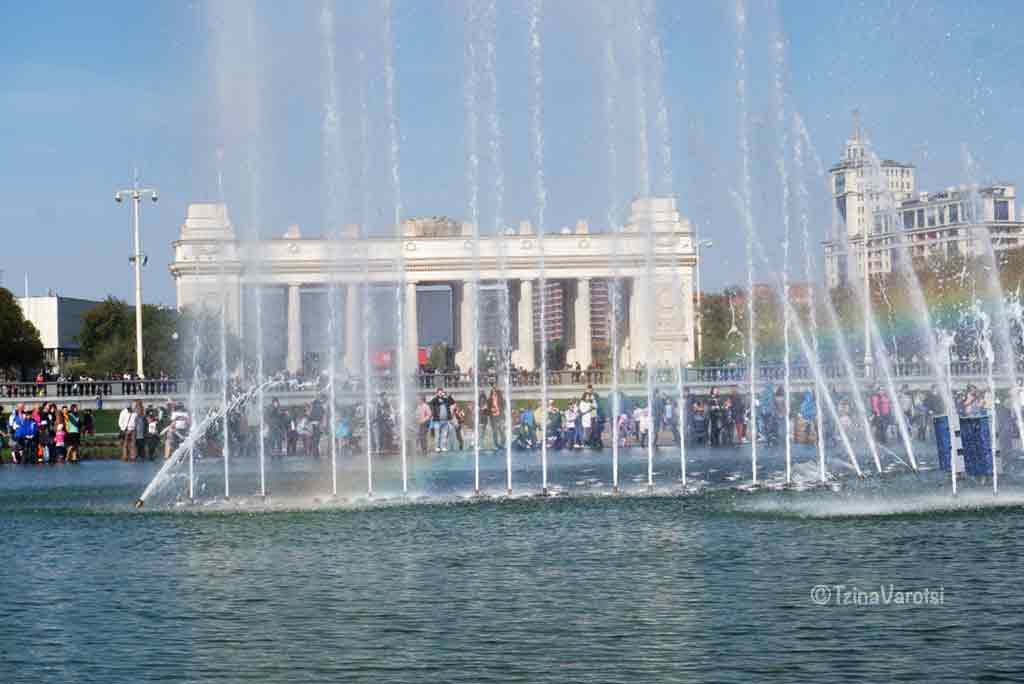 Just behind the Cathedral of Christ Saviour lies Gorky Park, a green space that can be reached by crossing the bridge and heading down the closest set of steps.  Gorky Park is a large culture and leisure space that is known for its history, churches, galleries and other sites of interest such as Leo Tolstoy’s winter home, Muzey-usadba Tolstovo.

You can spend time zig-zagging backward and forwards throughout the park, witnessing stunning architecture, sculpture gardens, bridges, and statues, taking in the sights at your own pace. There are often concerts and events taking place in the park which can be a lovely way to spend an afternoon. 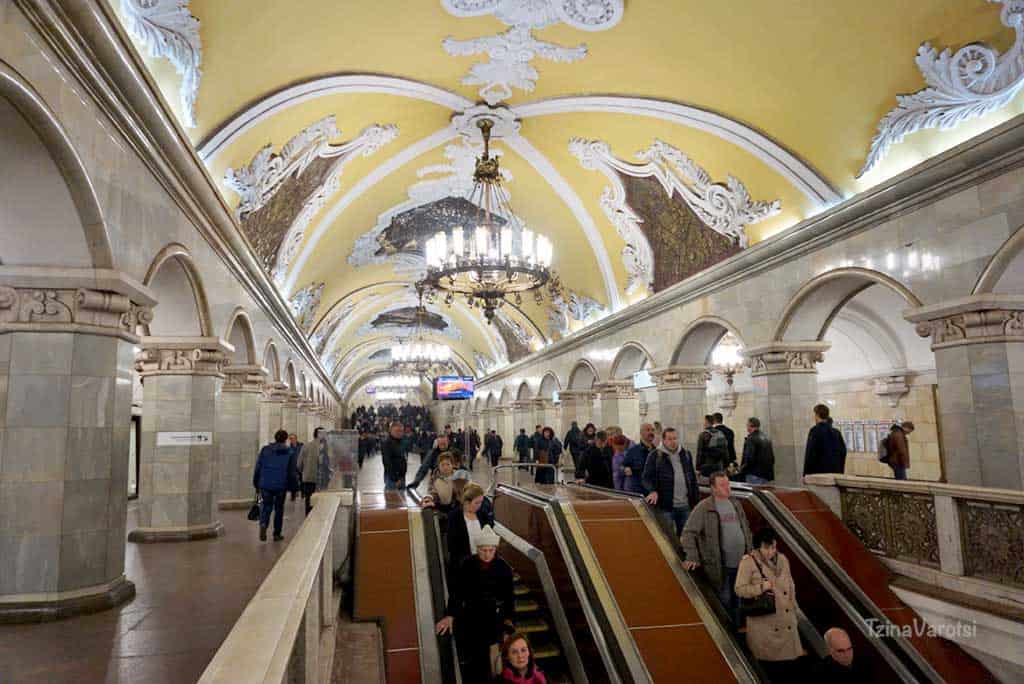 Depending on how you have traveling around Moscow over the past few days, you may or may not have witnessed some of the city’s stunning metro stops. If you haven’t, you might want to use some of your free time to hop on board the underground to experience some of the most impressive metro stations in the world.

The Moscow Metro has over 180 stations so you’re unlikely to see them all (!), but if you take the brown line you can get on and off at every stop and enjoy the variety and beauty of each stop in all its glory. 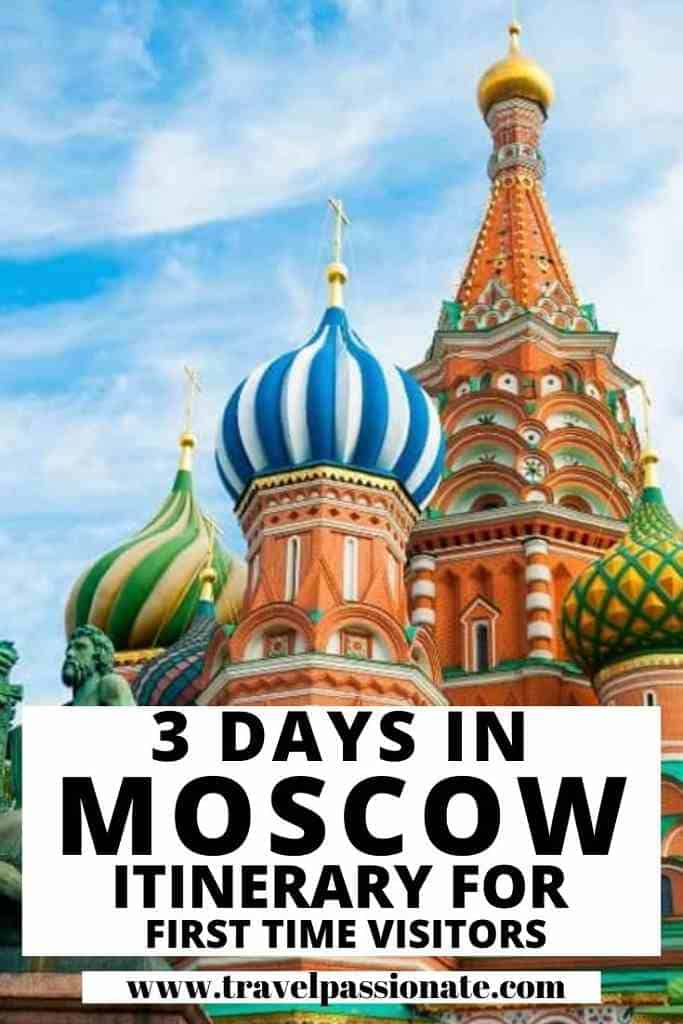