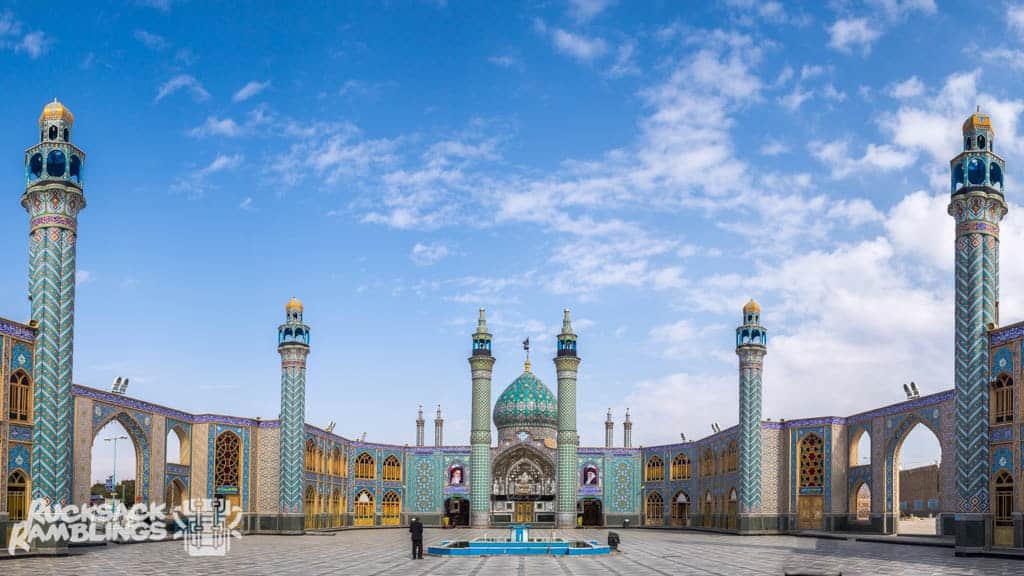 Iran is a stunning country full of both natural and human beauty. With a mix of endless deserts, ancient shrines, and rich culture, Iran really does have something for every taste. Whether you’re into hiking or hanging out, it shouldn’t be too hard to have a good time. Then add tasty street food and some of the friendliest people in the world, and you’ve got yourself a winner.

While this is all very nice, even an awesome country like Iran has a few challenges. We’ve put together a little list of things not to do to so you can have a hassle-free and epic trip!

Are you a woman traveling to Iran? You will find this guide to Practical Preparations for Travel to Iran very useful.

This is something you’ll learn within your first days in Iran. Especially in the big cities like Tehran and Shiraz, there’s no such thing as traffic rules. Traffic lights seem to have a purely decorative function and both drivers and pedestrians generally go by gut instinct. Again and again, you’ll find yourself patiently waiting for the little green man to appear, while locals are crossing the street left and right.

It takes a bit of getting used to, but if you’ve ever ventured into the streets in south-east Asia, you should be alright. All you can do is cross your fingers, give it a go, and hope you have some undiscovered talent for obstacle racing.

In Iran, you will see anti-USA and anti-Israel propaganda here and there. While it can all seem a bit hairy and scary, it’s important to note that this propaganda is the product of a smooth-running, government-funded machine. The reality is it doesn’t represent the beliefs of the vast majority of the Iranian people. You’ll meet plenty of locals who drink Coca-Cola, watch Hollywood movies, and check Kim K’s latest shenanigans on Instagram.

If you’re looking for a romantic getaway, you might want to avoid Iran. The rule of thumb is you should steer clear of any PDA whenever you’re not alone. If you want to be on the safe side, this applies to when you’re in public as well as in private homes where you’re in the company of Iranians. By the way, the definition of PDA is pretty broad in this case and includes everything from holding hands to outright smooching.

Don’t sit next to the opposite sex on public transport

While we’re on the whole how-should-men-and-women-interact subject, here’s another don’t-do for you. When on public transport, you should not sit next to the opposite sex. That means a man can’t sit next to a woman that’s not related or married to him. That also means if you’re travelling with a partner or friend of the opposite sex, you might lose your human napping pillow.

The rules are often bent for foreigners, but it’s a good idea to step carefully. Perhaps start out by sitting separately and see how the locals around you react. More than once, we’ve had an older woman shake her head overbearingly and tell us to just go ahead and sit together.

And above all: don’t say no!

Of all the things you shouldn’t do in Iran, this is the most important one. Whatever you do, do not say no! Iranians really are ridiculously friendly and you’ll be surprised at how genuine their interest is. Don’t be surprised if someone random comes up to you to practice their English or have a little chitchat. It can happen while you’re drinking tea in the bazaar, while you’re visiting a shrine, or at the bus stop.

Whenever and wherever it happens, just say yes, go with the flow, and embrace the Iranian hospitality. And who knows, maybe you’ll get invited home for a lovely family dinner by a complete stranger?

Liam and Mariana are the happy little backpackers behind Rucksack Ramblings. They backpack the world in pursuit of off-the-beaten-path destinations, good times, and awesome locals. You can follow their adventures here on Instagram and Facebook.