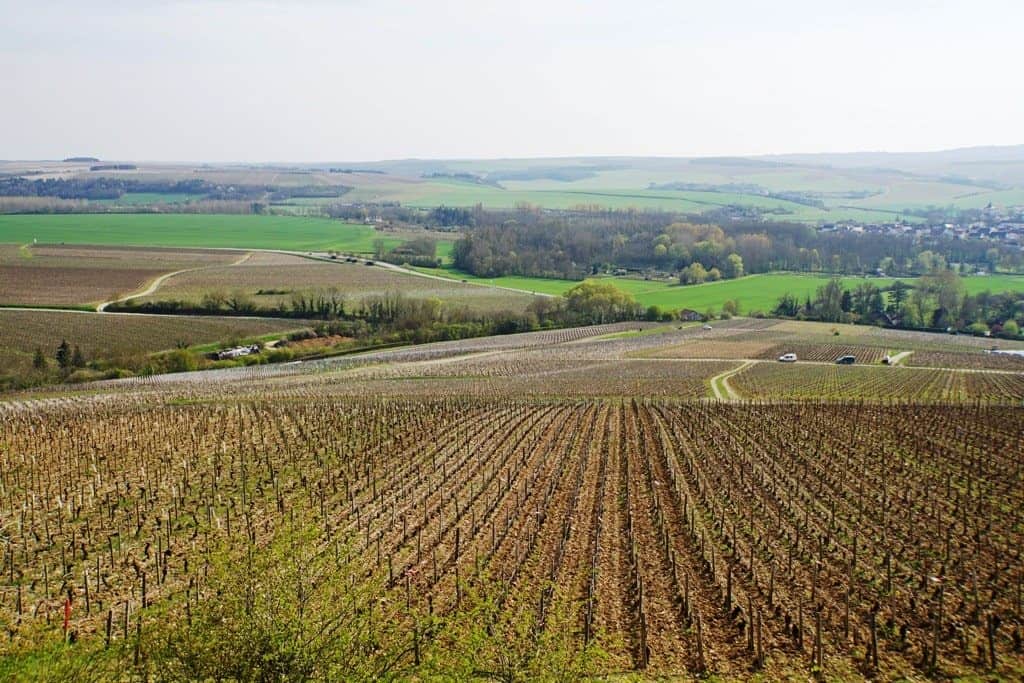 Chablis, also known as the “Golden Gate of Burgundy” is an unassuming wine powerhouse located in the Yonne department of northern Burgundy, France. Chablis is synonymous with fine white wine. It’s famous for its unoaked Chardonnay wines that are enjoyed all over the world.

With just over 2,500 residents, nearly everyone in Chablis is involved in the production of wine. While Chablis’ main claim to fame is the vine, you can’t take a step without a cellar being underfoot, the village itself is warm, charming, and steeped in history.

During my barge cruise with European Waterways in Northern Burgundy we had the chance to visit the beautiful village, to learn about the famous Chablis wine and of course taste it.

Things to see in the Chablis wine region in Burgundy

As you approach Chablis, you will be greeted by two circular towers. The towers date back to 1775 and were reconstructed in the same location of the village’s ancient square towers.

The 13th century church was inspired by the Sens Cathedral and is one of the first Gothic churches in the area. The church is stunning and despite multiple wars and fires, Saint-Martin has kept much of its architectural integrity.

The church was constructed in honor of Saint Martin, a Hungarian-born officer in the Roman army. Legend says that Martin cut his coat in half with his own to give to a beggar.  Of particular interest at Saint-Martin’s are the hundreds of horseshoes nailed there by patrons calling upon the protection of Martin, the patron saint of horses.

Since 1850, the Laroche family has been at the front of wine production in Chablis. The family also owns a beautiful hotel that is a converted 18th-century mill along the Serein River. Right next door is the Laroche headquarters which is located in the oldest building in Chablis—the Obédiencerie where 9th-century monks made the very first Chablis wines.

Our cruise with European Waterways included a private tour of the winery where we learned about the one grape variety that’s grown in Chablis—Chardonnay. Throughout the year, Domaine Laroche employs 90 personnel. 35 of whom work in the vineyards, 25 work in the cellars, and the remaining 40 work in the offices.

But, each September, Domaine Laroche hires approximately 100 people to help harvest the fragile grapes by hand.

After the harvest, the wine is pressed and spends 10 days in a temperature-controlled first fermentation. If the temperature of the wine exceeds 28 degrees the yeast will die.

The next step is malolactic fermentation which takes anywhere from 15 days to 3 months. The staff is tasked with the “arduous” responsibility of regularly taste the wine in each barrel to know when it’s finished.

Chablis wine is aged in barrels. However, the staff at Domaine Laroche have to make sure to strike that delicate exchange between oak and wine.

A proper Chablis needs can’t have too many oaky notes. It was explained that Chardonnay grapes are really very delicate and they don’t want to mask the natural taste of the wine with too much oak flavor.

The winery only uses French oak sourced from the center and east of France. The Chablis spends between 7 and 12 months in the oak barrels.

Laroche only keeps their barrels for 6 years. Once they reach their sixth year of use, they sell the barrels to other wineries and even whiskey distilleries in Scotland and Kentucky. They are proud to give the barrels a second life.

Their biggest barrel is massive and can hold 600L of wine and their smallest, the Lafayette, holds 128L. Before the 18th century, wine was transported and drank out of the barrel and we learned that the size of the barrel corresponds to the amount of oakiness present in the wine.

A bigger barrel will contain less oaky notes while a smaller barrel yields more oaky notes. At end of the ageing process, the Chablis is blended. They blend each barrel from the same plot for 3 more months.

Big barrels are mixed with smaller barrels to find the ideal blend between freshness, fruitiness, and oakiness and the primary goal is not to mask the natural, delicate taste of the Chardonnay grapes.

Then, it’s time to bottle. Domaine Laroche produces on average 800,000 bottles a year. Their wine is shipped around the world to 90 different countries and their biggest markets are the US, Japan, the UK. Germany, Belgium, and of course France. In 2015, the region of Chablis collectively produced over 12 million bottles of wine.

Unexpected for French wine, Domaine Laroche uses screwcaps in part of their production. They ran into issues where polluted natural cork was affecting the taste of the wine so they switched and they argue that it’s also more efficient. 50% of their exports are made with screwcaps.

The last stop on the tour before the wine tasting was the 9th century Obédiencerie. The press we saw was the same press that was constructed in the 13th century. It’s the oldest working wine press in the world and Domaine Laroche puts it to use just once every 3 years.

The last time it was really used to produce wine regularly was just before the first war. Fairly recently since it’s been at work since the 1200s. The enormous press is simple but efficient. It produces 4 tons per centimeter squared using no electricity, just pieces of wood and 5 people to turn it. Miraculously, the press has no insect damage and no chemical products are used for its upkeep. just a little water before use.

Before returning to our barge “La Belle Epoque” we drove to a viewpoint from where we enjoyed a great view of the vineyards that produce this excuisite wine.

I was a guest of European Waterways but as always opinions are my own.