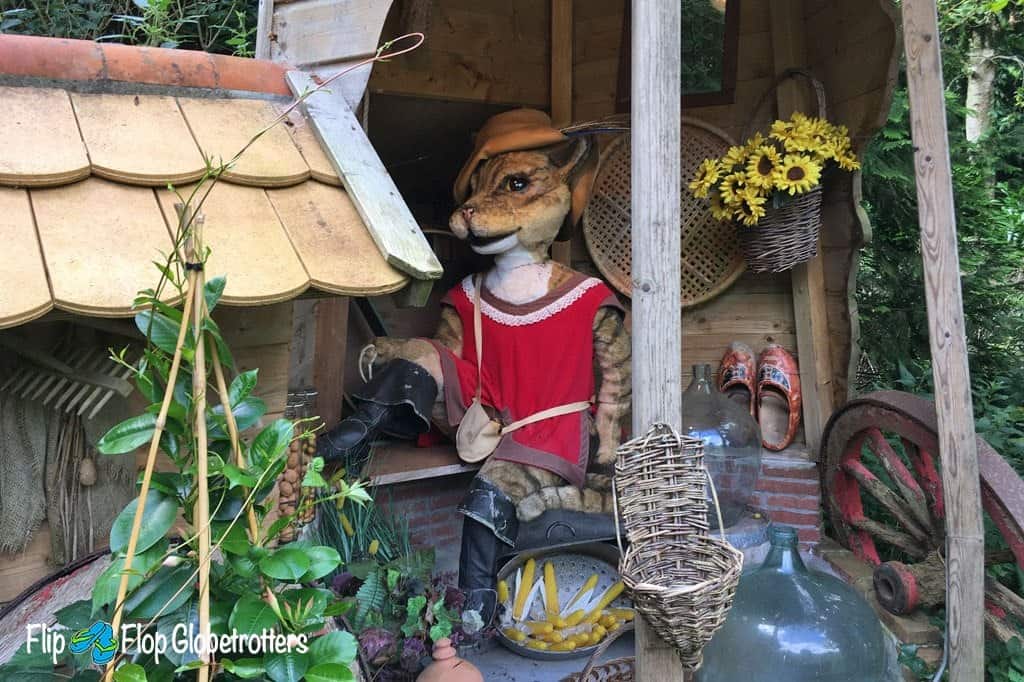 For such a small country the offer of kids’ activities in The Netherlands is amazing. From special cafe’s where kids can play while parents drink their coffee to special kids’ museums, amusement parks and zoos. You and your kids definitely won’t be bored when you visit The Netherlands!

Dutch family travel blogger Lisa from FlipFlopGlobetrotters.com shares her best tips for day trips in The Netherlands. She loves to go exploring with her husband and 4-year old son and often plans family trips to different parts of the country and other parts of the world.

While most of the Dutch speak English, a lot of attractions for kids are mostly in Dutch, especially outside of the larger cities. Large amusement parks aimed at tourists, such as De Efteling, are obviously an exception. Most museum’s in The Netherlands offer activities for kids, often free or at a small charge (apart from the entrance fee). We recently did a treasure hunt at the Frans Hals Museum in Haarlem, which was a lot of fun. Often museums in The Netherlands are free for kids till 4 years of age and they offer discounts for older kids, but there are exceptions. The Rijksmuseum in Amsterdam for instance offers free entrance for 18 and under. There are a lot of fun museums for young kids in The Netherlands too.

No post about the best day trips in The Netherlands can be complete without including amusement and theme park De Efteling in the southern part of our small country. It has a long history, dating back to 1933. The Fairytale Forest opened its doors in 1952 and still exists today. What started as a small sports park, is now Holland’s main attraction park. New and wonderful attractions are opened almost every year. De Efteling covers around 494 acres (2,000,000 m²) and currently consists of 33 attractions, numerous shows and multiple restaurants. When it opened in 1981 the steel double-loop corkscrew roller coaster Python was the largest roller coaster on mainland Europe. At almost €40 the entrance fee is quite hefty, but you can easily spend a full day here and not be bored. Do try to come during the off season, with almost 5 million visitors annually the park is hugely popular and very crowded.

Sprookjeswonderland is sometimes nicknamed the ‘mini Efteling’. Where the Efteling attracts huge visitor numbers each year and is aimed at all ages, Sprookjeswonderland is much smaller and designed especially for young kids. No thrilling rides, loud music or long waiting lines. The park is wonderfully designed and a lot of fun for ages 0-6. You’ll find Sprookjeswonderland in Enkhuizen, about 37 miles (60 km) north of Amsterdam. The park offers a number of shows, all automated with puppets, some fun rides and a lovely fairytale forest. It’s a great budget choice too as it’s a lot more affordable than De Efteling. Parking is free and you’re even allowed to bring your own food and drinks. Read more about Sprookjeswonderland.

This fun museum, designed especially for kids, is located in the National Library right next to The Hague Central Train Station. The Children’s Book Museum (Kinderboekenmuseum) houses all your favorite children’s book characters, such as Frog, the Very Hungry Caterpillar, Little Donkey, Miffy, and Elmer the Patchwork Elephant. The exhibitions are interactive and suitable for even the youngest ones. There’s an area for kids 0-6 and one for ages 7+. A lot of the information is in Dutch, but the ‘I am Frog’ exhibition is bilingual and most likely more bilingual exhibitions will follow.

Housed in a former railway station dating from 1874, the Railway Museum makes 175 years of Dutch railway history come alive. Of course there are a lot of awesome old trains to look at (such as the Royal train compartments used by the Dutch queen Wilhelmina and Holland’s first train De Arend), but the museum offers a lot more. With interactive displays, shows and a mad train ride simulator (the ‘Vuurdoop’) they animate history, making a visit to this museum both a fun and educational experience. The best way to get there is, of course, by train. There’s a train service from Utrecht’s Maliebaan train station.

All these attractions can take up a huge chunk of your budget when visiting already expensive Europe. Especially when your kids are a bit older and you have to pay for them as well. Luckily there are also some great budget or even free activities with kids in The Netherlands.

Holland has about 500-600 petting farms, spread all over the country. If you’re staying in the western and more populated area of The Netherlands (also know as ‘Randstad’) there’s bound to be one nearby. Amsterdam has about 20 petting farms, a smaller city such as our hometown Haarlem has 5. Typical Dutch petting farm animals are goats, pigs, guinea pigs, rabbits, donkeys and chickens. Sometimes you pay a small fee to visit (€1-2), sometimes it’s free and you can give a donation if you like.

In the summer months you can go swimming in one of the many natural or man made lakes. There are over 600 official places for outdoor swimming in The Netherlands and during the swim season (May 1- Oct 1) weekly checks are done to test water quality. When it’s too cold to swim, the recreational areas are still worth a visit. Usually they’re nice and green and there’s an area for the kids to play and run around.

The Dutch coastline attracts both tourists and locals. Both the mainland beaches as the islands in the north of The Netherlands are well worth a visit. In the summer months a lot of the dutch beaches resemble a big beehive, with people sunbathing everywhere, but the beach is also definitely worth visiting other times of the year. Sand is always fun to play with and the dune areas are great fun to explore.