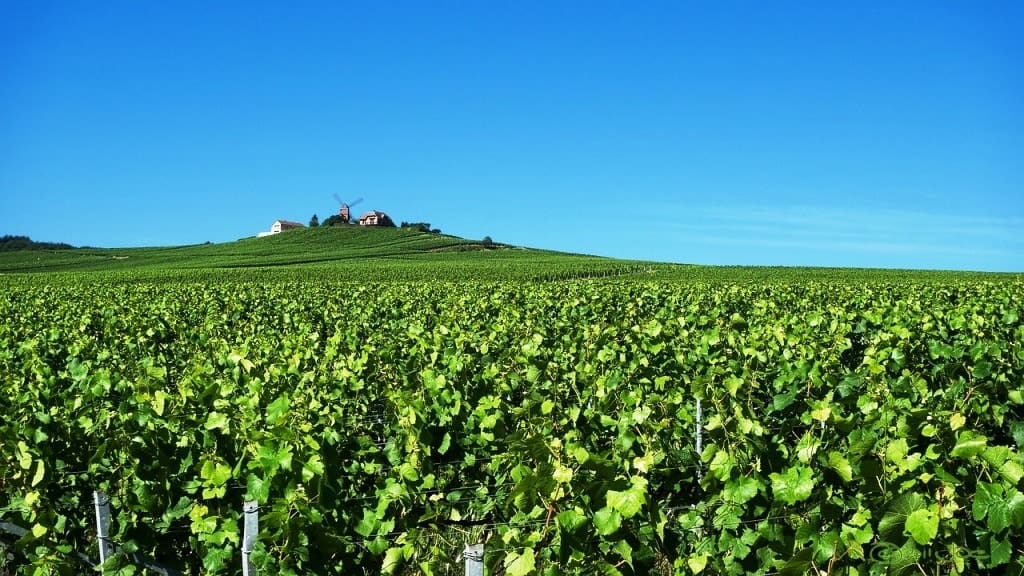 As the world’s leading wine-producing country, France produces around 2,900 different kinds of wine. It is an overwhelming number even for a seasoned wine professional, so here we try to list the must-visit vineyards in France, the famous and the lesser-known, to kick start your journey to French wine

“If you drank a new wine each night, it would take 8 years to drink your way through France.”

With approximately 307 wine destinations France produces an over whelming number of wines. Out of this there are 9 major regions delivering the most number of wines:

This major white wine-producing region is situated in the northeastern border of France and Germany, in the picturesque Rhine Valley. Due to its close proximity to Germany, the wine from this region is heavily influenced by German traditions. There are twelve different varieties of grape available in Alsace: gewürztraminer, riesling, pinot gris, small-fruited pink and white muscat, muscat ottonel, pinot blanc, white auxerrois, pinot noir, white sylvan, pink and white Chasselas, klevenerd’Heiligenstein, and chardonnay. They produce a taste, unlike fruity wines that would be expected from this region. It is a strong and earthy flavor with Pinot Blanc, Pinot Gris, and Riesling being the most popular of the lot.

If you are a wine lover this post will help you find the best wine clubs.

One of the three most famous wine-producing regions, alongside Burgundy and Champagne, Bordeaux is situated in the Aquitaine region of France. It runs around the port city of Bordeaux and is the only vineyards among these major three that have easy access to the sea. This makes Bordeaux the number one wine exporting region of France for a long time. Its strong commercial establishment as a major exporter is quite a reason for its popularity all over the world.

This region has three rivers. The main river Gironde divides into two smaller rivers Garonne and Dordogne, forming a shape like a “Y”.
The left bank includes varieties like Medoc, Haut Medoc, and grapes. The famous Chateau Haut-Brion is produced from Pessac-Leognanin the region of Graves.

The right bank is focused more on Merlot with St. Emiriol and Pomerol being on that side.

The region between the two branches of the Y-shaped river is called Entre Deux Mers famous for producing popular white wines Sauvignon Blanc, Semillon, and Muscadelle. Some of the most famous and expensive wines are produced from the Bordeaux region.

If Burgundy or Bourgogne has to be summed up in a line it can be said as Red Wine from Pinot Noir and White Wine from Chardonnay.

Situated on the eastern slope of the hills near the Burgundian capital Dijon, Burgundy region includes the historic city of Beaune popular for its autumnal wine sales. There are four classifications to the wines from Burgundy. At the base it starts from regional wines like Bourgogne Rouge, Bourgogne Blanc made from any grapes from that region. The classification goes up as the grapes are sourced from more and more specific area. Then the grapes are sourced from one specific village. Next they are sourced from the prestigious cru vineyards and at the top are the wines sourced from the grand cru vineyards.

Like all that glitters is not gold, similarly, every sparkling wine is not Champagne. Only if it is produced in the region of Champagne, the wine will be called Champagne.

The secret to the sparkle of the Champagne is bottling up the Carbon die oxide inside the bottle. Champagne goes through two fermentation processes with the popular traditional method. Almost under ripe grapes are fermented to make conventional still wine which has a pretty low alcohol content. A little yeast is added along with sugar which turns the sugar into alcohol and the carbon die oxide produced is captured inside and forms the bubbles. After a year, the dead yeast inside settles near the bottle neck and in a process called disgorgement the crown cap is removed and due to pressure formed inside the dead yeast shoots out of the bottle. Popular Champagnes from this region would be VeuveClicquot, Moët et Chandon, Ruinart, Krug, Pommery, and Dom Pérignon.

Situated around the Rhone river flowing from the Alps to the Mediterranean sea, The Rhone Valley is divided into Northern Rhone ad Southern Rhone. The most famous blend in Northern Rhone is Syrah, with a bit of meaty flavors and peppery expressions. In this region one should look for St. Joseph and CrozesHermitage. Also the white wines from the Viognier shouldn’t be missed form this area.

The Southern Rhone is popular for its blend of Grenache, Syrah and Mouverde. The popular white wines here are mostly a blend of these three while sometimes Viognier Marsanne, Roussanne are also allowed. The renowned Châteauneuf-du-Pape is a blend of no less than thirteen grapes.

By volume, Languedoc, situated in the coastal plains of Mediterranean, west of Rhone, is the largest producer of wine in France. The sunshine in this area maintains a warm and pleasant climate that makes the blends of wine fruity. Rosé and Red wines are produced from blends of Carignan, Cinsault, Grenache, Syrah, Mourvèdre and other international varities. The whites in this are rare with blends of Grenache Blanc, Marsanne, Roussanne, Muscat and some others. Rousillon is famous for its fortified sweet wine made from Grenache blend.

A part of North West Bordeaux, Médocdeserves to be specially mentioned for housing some of the most prestigious wine of France. The names like Saint Estèphe, Margaux, Saint Julien, and Pauillac are all delivered from this region. This region has 61 grand crus, ranging from “premier cru” to “Cinquieme cru”. These grand crus are considered at the top of all French wine, both in quality and price.

Think of Provence and think of Rosé. The blends of Grenache, Syrah, Cinsault, and Mourvèdre, along with the sunny climate, produce the famous dry pink wine.  Bandol is a blend of red wine specific to this region produced mostly from a blend of Mourvèdre.

The most famous from this area are Côtes de Provence and Côteaux d’Aix. This region also delivers a wine called “Grey wine” from the Camargue area.

This area also produces Vin Gris or “grey wine” which is a white wine made from black grapes and looks like a very pale Rose. Two other prestigious blends are Vouvray and Saumur.

France has made its position as the world’s most prominent producer of wine for a long time. For someone beginning their journey into the world of French wine, the vast variety and number of wines and vineyards might be overwhelming, he or she can Discover many other wine regions in France. No matter how difficult, this journey through Reds, Whites, and Rosés, will always be worth it!