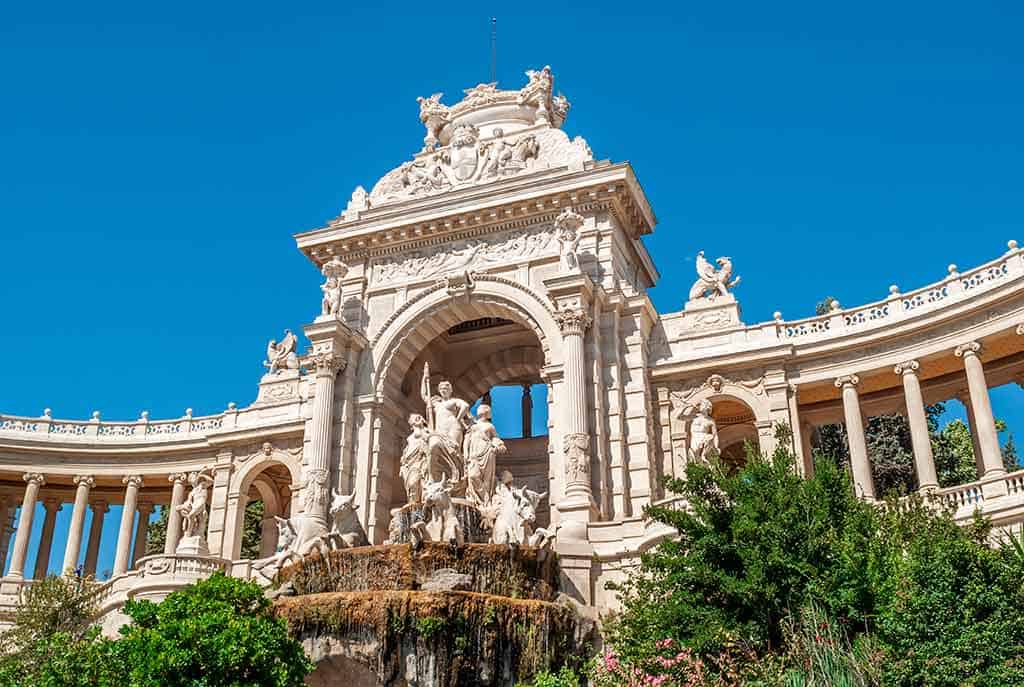 Marseille is France’s second-biggest city and the capital of the French region Provence-Alpes-Côte d’Azur. Marseille is a city with character: it is vibrant, chaotic, cosmopolitan, and edgy, with lots of things to see and do. Marseille’s excellent connections with the French capital (Paris – Marseille is only 3 hours with TGV trains), its Mediterranean climate with mild winters, and its more than 2.900 hours of sunshine, make Marseille one of the best destinations for a weekend getaway in Southern France.

Some people arrive at Marseille on the way to Corsica Island or other places in the French Riviera and just get a little glimpse of what the city has to offer. I recommend arriving 1 or 2 days earlier and visit the city properly, learn about its history and culture, and enjoy its traditional cuisine, perhaps with a glass of pastis. Maybe you will fall in love with Marseille, just like I did.

Things to Do in Marseille in One Day

The colorful Old Port is Marseille’s beating heart. It was built by the Phoenicians 2.600 years ago and since then it is one of the main trading ports in the Mediterranean Sea.

The old port with its colorful boats and flower market is also a great place to see a bit of Marseille’s local life or for an afternoon stroll before dinner time. If you’re staying in an apartment, the Port’s fish market is an excellent spot to find a fresh catch for a delicious bouillabaisse (Marseille’s traditional dish).

North of the Port there’s the picturesque neighborhood of Le Panier, one of Marseille’s oldest neighborhoods. Le Panier is a great place for a little history, especially if you follow the trail that starts at the Tourist Information Office (ask them for a free map). The trail takes you past historic buildings like the Hospice de la  Vieille Charité (17th century) with its Baroque chapel.

After exploring the Port and Le Panier, head to Notre Dame de La Garde Basilica located on the top of Garde Hill. This religious building is built in a Roman-Byzantine style and it has a sanctuary devoted to the Virgin Mary.

On the bell tower, there’s a large statue of the Virgin (known as La Bonne Mère) watching over sailors, fishermen and the entire city. From La Garde hill there are fabulous views over the Port and the Mediterranean Sea.

Culture lovers will also have a great time in Marseille. In 2013 Marseille was named the European Capital of Culture and the city took this event as the perfect excuse to develop its cultural offer. The MuCEM (The Museum of the Civilisations of Europe and the Mediterranean) is one of the main outcomes of this fantastic year for Marseille. Opened in 2013, the exhibition aims to show the world of the Mediterranean countries, from France to Israel. Apart from the permanent exhibitions, the MuCEM also proposes temporary exhibitions focused on different Mediterranean civilizations.

The MuCEM is located just beside the Fort Saint-Jean, and I am sure that its striking modern architecture by the architect Rudy Ricciotto will be the object of some of your best shots, especially at night when it is lighted up.

L’Estaque is a district located in the extreme north of Marseille, not far from the Old Port. This site was originally a fishing hamlet, and later became a village in its own right. Today, l’Estaque is one of the most picturesque areas of Marseille, with a history marked by fishing, but also by the tiles and cement plants that settled there in the late 19th century.

When you visit l’Estaque don’t miss the Château Fallet (17th century), the old port – today a must for an afternoon stroll -, and Maleterre Square, with great views over the neighborhood and the sea.

Each year the district organizes the Festival of Estaque. Early September, for two or three days, this popular festival offers street entertainment, water games, and fireworks.

The history of this Palace is very curious. In 1835, an epidemic of cholera struck Marseille mainly because of the poor conditions of the water. It was after this tragedy that the engineer Franz Mayor of Montricher realized a project dating from the 16th century that consisted of digging an 85-kilometer canal, which would bring water from the Durance River to Marseille. After 10 years of work, the canal and 18 aqueducts finally transported good drinking water to Marseille. The project was completed with the Palais Longchamp as a water tower.

The Vallon des Auffes is a little traditional fishing haven located just off the Corniche Kennedy along Marseille’s southern coastline, between the Catalans Beach and Malmousque Bay. This place is populated by fishermen’s cottages and brightly colored traditional fishing boats in a setting apparently unchanged for centuries.

But it wasn’t until the 19th century that the Corniche Kennedy was built, along with the bridge that spans the valley, linked the isolated Vallon des Auffes with the rest of Marseille. Today the Vallon des Auffres is just a 20-30 minute stroll from the Old Port.

At Vallon des Auffres, there are no beaches, but the atmosphere is great. In the afternoon, be sure to bring your own drinks and a picnic. For a special treat, the Vallon des Auffes boasts two of Marseille’s very top fish restaurants: the Michelin-starred L’Epuisette and the historic Chez Fonfon, both renowned for their bouillabaisse.

Today, La Joliette is also a trendy neighborhood with bars, shops, and restaurants. Here you’ll find the MuCEM, and the Marché de la Joliette, one of Marseille’s buzziest markets. Les Docks, the abandoned 19th-century warehouses, are now filled with fancy boutiques and galleries and in general, it’s a great place for an afternoon stroll.

If you decide to visit Marseille, be sure to taste some of the city’s traditional dishes. Marseille proposes a rich and varied cuisine that consists only of good things: olive oil, garlic, fish and vegetables.

Many of the specialties are based on fish, like the unmissable bouillabaisse (a fish stew containing at least three fresh local fishes) or its cousin the bourride (a stew of white fish and seafood). There is also the aioli – made of eggs, oil, and garlic – the anchoïade – a kind of anchovies paté – or the tapenade – an olives paté.

Be sure to wash all these yummy dishes with Provençal wines, like Châteauneuf-du-Pape, Côtes-de-Provence, Rasteau, or Bandol. The aperitif is a big part of local culture in Marseille and Provence in general and you will never be wrong with a glass of local pastís.