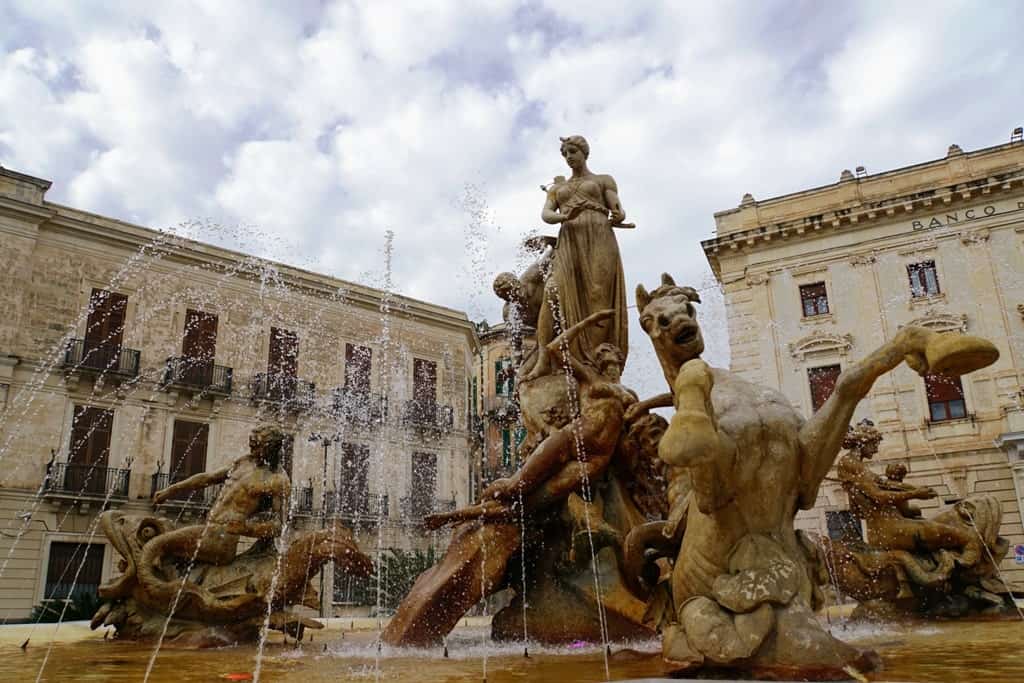 The island of Ortigia, which is connected to the land by the Umbertino bridge and Santa Lucia bridge, is the most ancient district of the Sicilian city of Siracusa. It’s a sort of “city within the city” and “island within the island” so that it’s one of the most special places in Southern Italy and it’s definitely worth a visit! It’s also part of the UNESCO’s World Heritage List.

This island was inhabited since ancient times thanks to its natural springs and it experienced its greatest splendour during the Greek period. This corner of Sicily has much to offer: Baroque buildings, beautiful churches, amazing views, ancient ruins, and picturesque alleys.

Things to do in Ortigia, Siracusa in a day 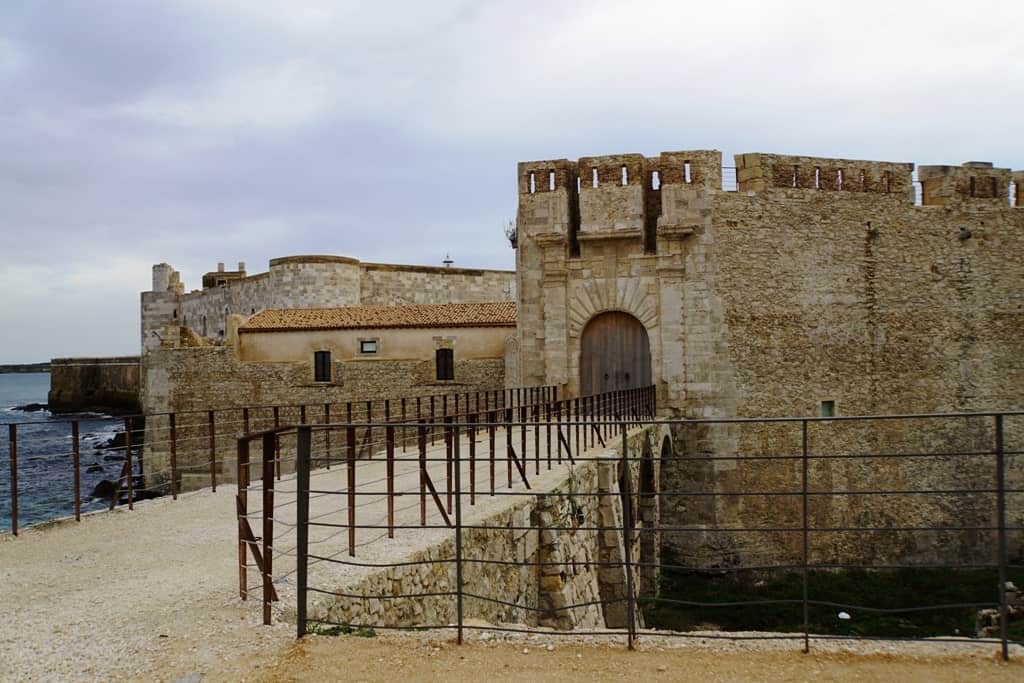 This former military fortress is located on the Southern tip of Ortigia island and its impressive appearance was meant to be seen from miles away. It was built by Federico II, King of the Swabians, in 1240. The castle owes its name to General Giorgio Maniace, who saved the city from the Arab army in 1038 thanks to the fortifications he built in this exact point.

Over the centuries, the castle became a prison, a portion of the city walls and a deposit for weapons during World War II. After long restoration works, the castle was reopened in 2015 and it now hosts the Antiquarium, which is a permanent exhibition about its ancient history and the archaeological findings that occurred during the restoration works. 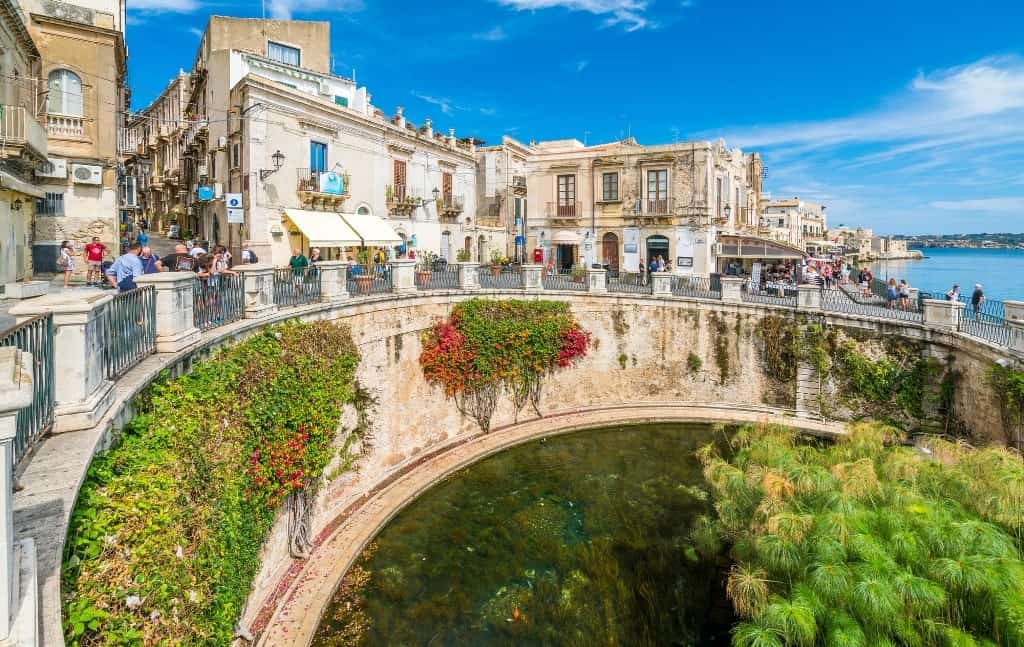 You’ll encounter this natural spring in the oldest part of the island. It is located just a few meters from the sea and it forms a small lake surrounded by some papyrus trees and populated by fishes and ducks. It derives its name from the nymph Arethusa, who was one of Diana’s handmaids according to the myth. The legend says that she once left the group to have a bath in the Alfeo river. The spirit of the river fell in love with her and did not want to let her go. She tried to resist but the waters became roughs. Diana came to save her and turned her into a spring. The spirit of the river was happy too because they would be together forever. 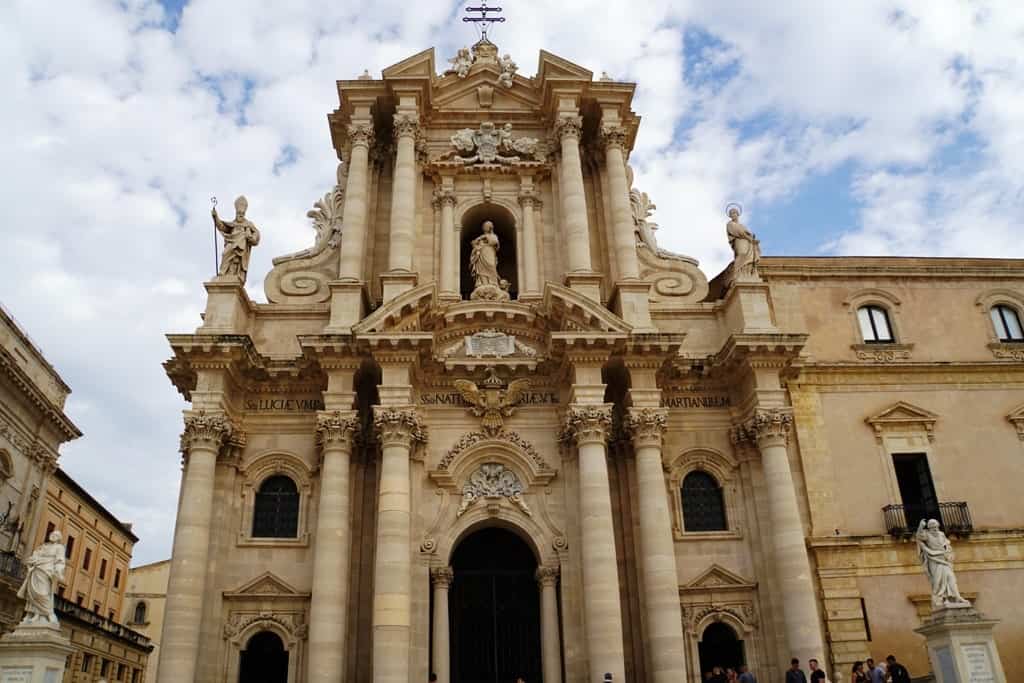 A baroque gem in the heart of the old town. There is a surprise inside: the ancient temple of Athena! The temple is well preserved and you can still see its columns and some parts of the external walls. It was incorporated into the church in the VI century A.C. when the Byzantines built a Christian Basilica in honour of the Virgin Mary. 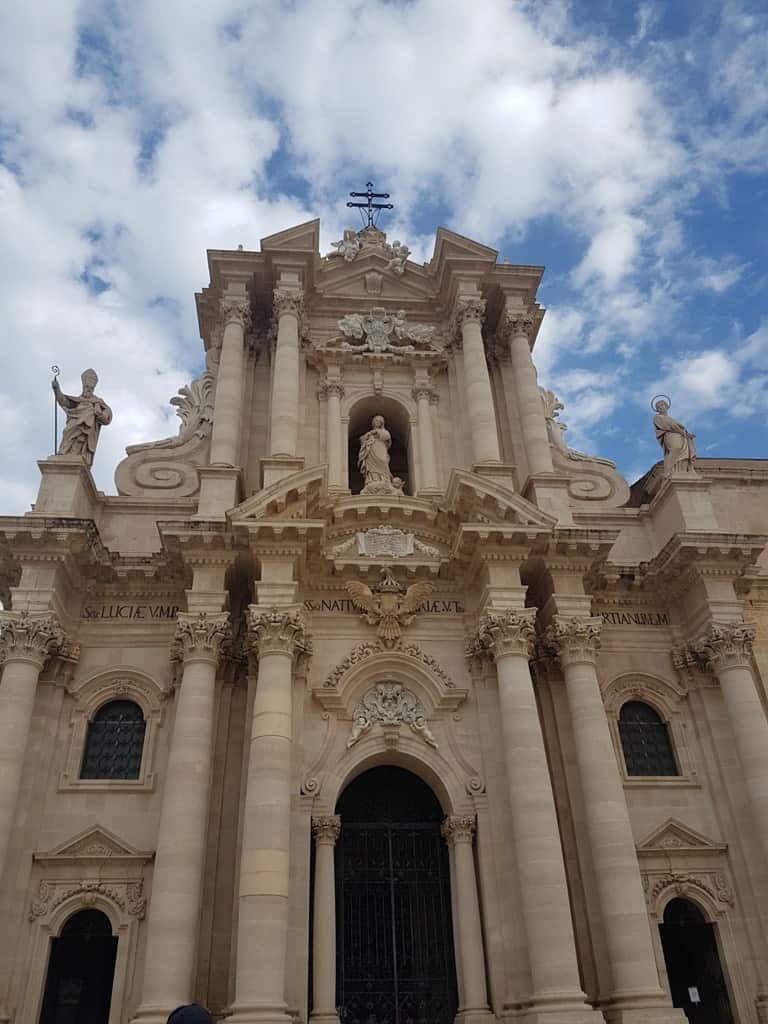 Today you can see a mix of different styles in architecture and decoration and learn something about each historical period. Something you should closely watch is the floor: it is made of colourful marbles and it dates back to the XV century. The elegant Baroque façade is also one of the most photographed spots of Ortigia. 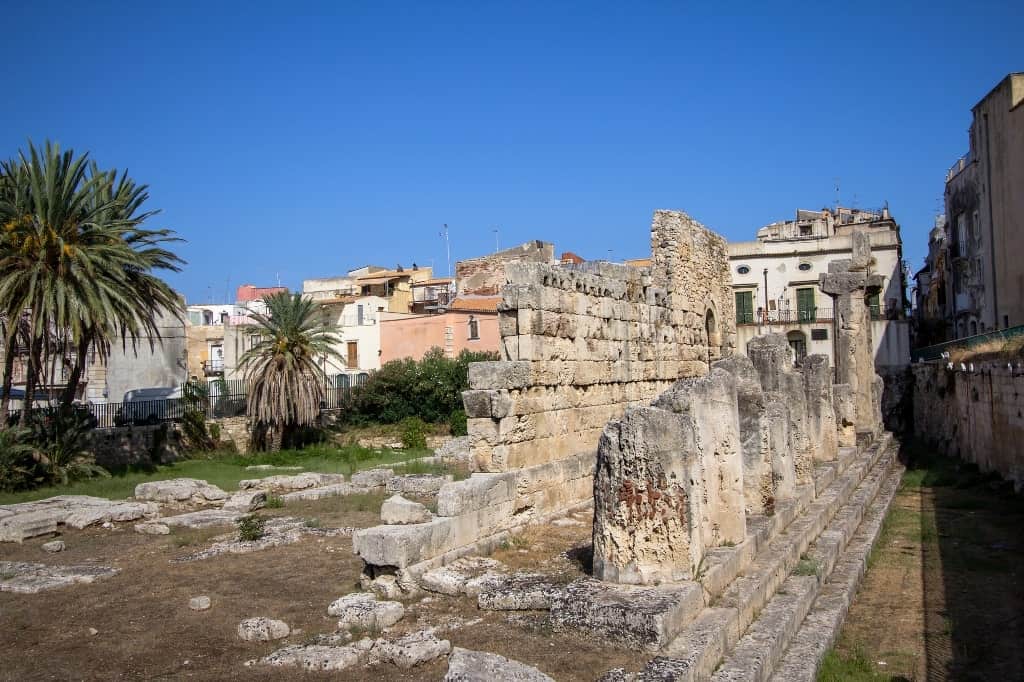 It dates back to the VI century B.C. and it’s the oldest temple you’ll find in Sicily. One of the most unique features of this temple can be seen on the upper step of its eastern side: you’ll see the name of its architect, which was something that never occurred at that time. This means that the building was considered exceptional and somewhat special. Today the areological area is closed but you can still watch it from the outside.

5. Alleys of the old town 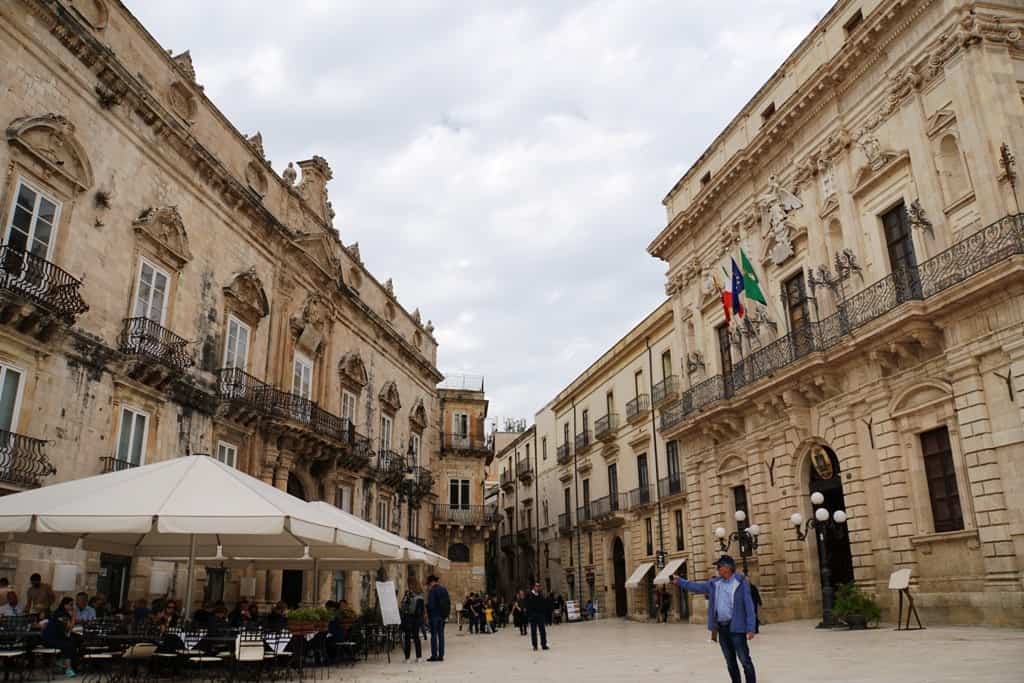 A  labyrinth of picturesque little streets, nice squares, hidden courts, and Baroque buildings. A pleasant walk will make you enjoy the local atmosphere. Discover local craftsmen’s shops, small cafés and restaurants hidden at every corner and take some pictures of this typically Sicilian place.

It is located in Archimede Square and it dates back to 1878. It’s been recently restored and it tells the myth of Diana and Aretusa. The represented scene shows Aretusa being turned into a spring to escape Alfeo. 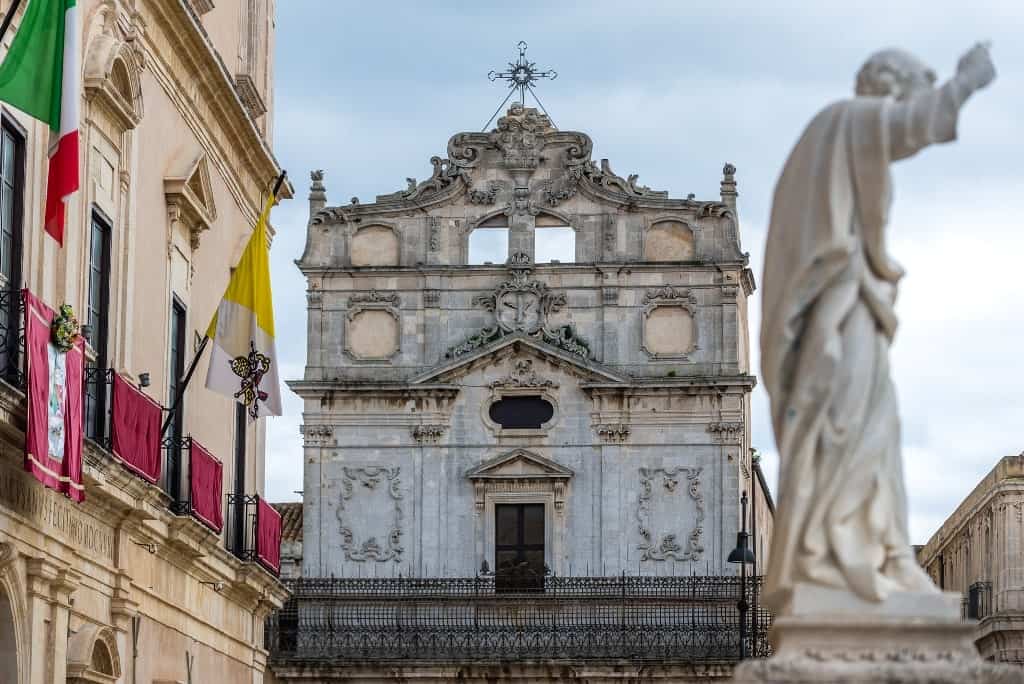 It is close to the Cathedral and, even if it’s smaller and simpler, you cannot miss it. You’ll love its beautiful Baroque facade, a famous painting by Caravaggio and its maiolica floor dating back to the XVIII century. This church is very important to the locals because it’s dedicated to Siracusa’s Patron Saint Lucia. 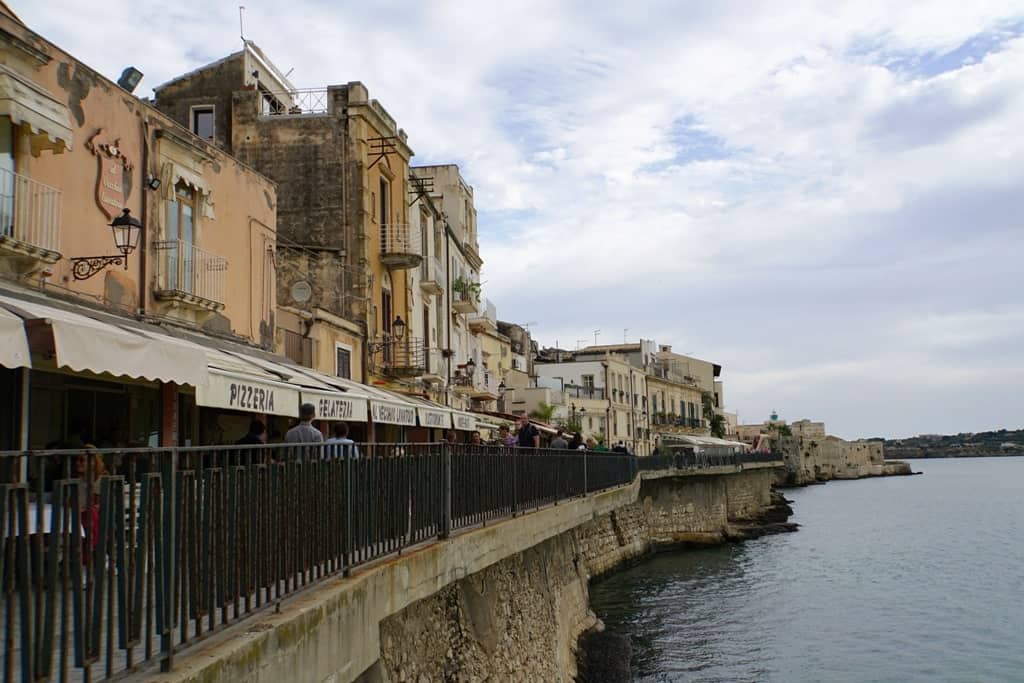 A nice waterfront offering a beautiful view and a number of cafés and restaurants. Everyone comes here at least once during their visit to Siracusa! To take the most amazing pictures, come here at sunset and enjoy the landscape. 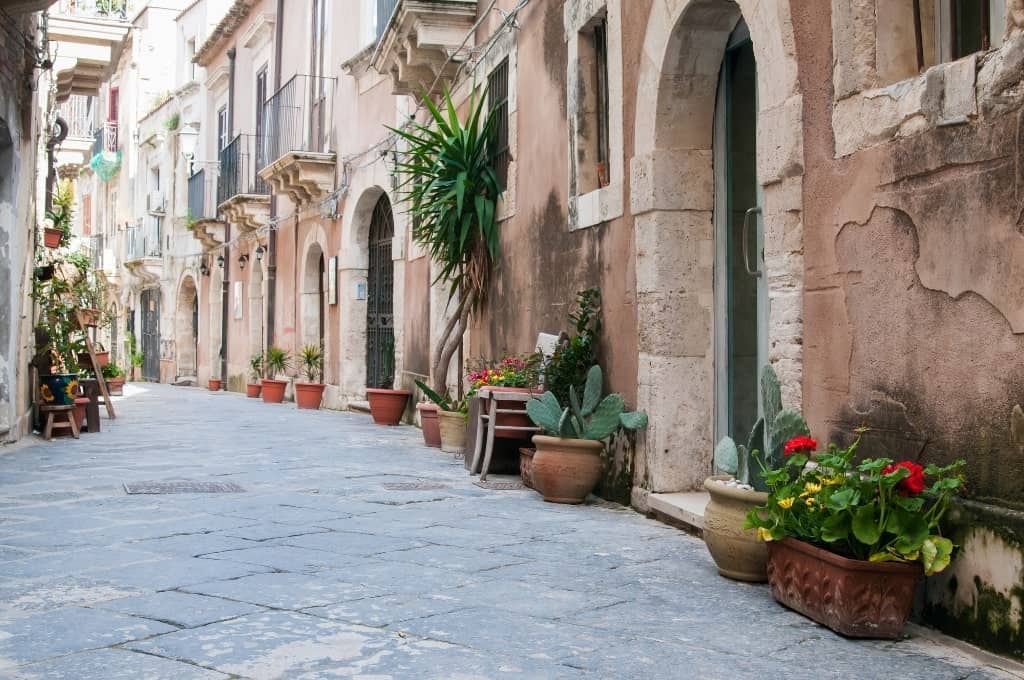 Take a tour of the local market

Local markets are always the best places to better understand the spirit of a town and see some everyday life scenes showing what’s like living there. It’s also a good way to start your day as a local and not as a tourist. Watch the rich fish stalls and smell the local products. You can also buy some gourmet souvenirs! Some ideas? Local cheese, cold cuts, olives or caponata.

Enjoy a show at the Pupi Theater

Pupi are Sicilian puppets telling the stories of Charlemagne and his knights. The Pupi Opera is a real dramatic genre that is widespread throughout Sicily and it’s very much appreciated by both adults and kids.

It’s more than a refreshing snack. It tastes like a sorbet and it can be served together with some whipped cream and warm brioche. The most typical flavours are lemon, almond, mulberry and pistachio. 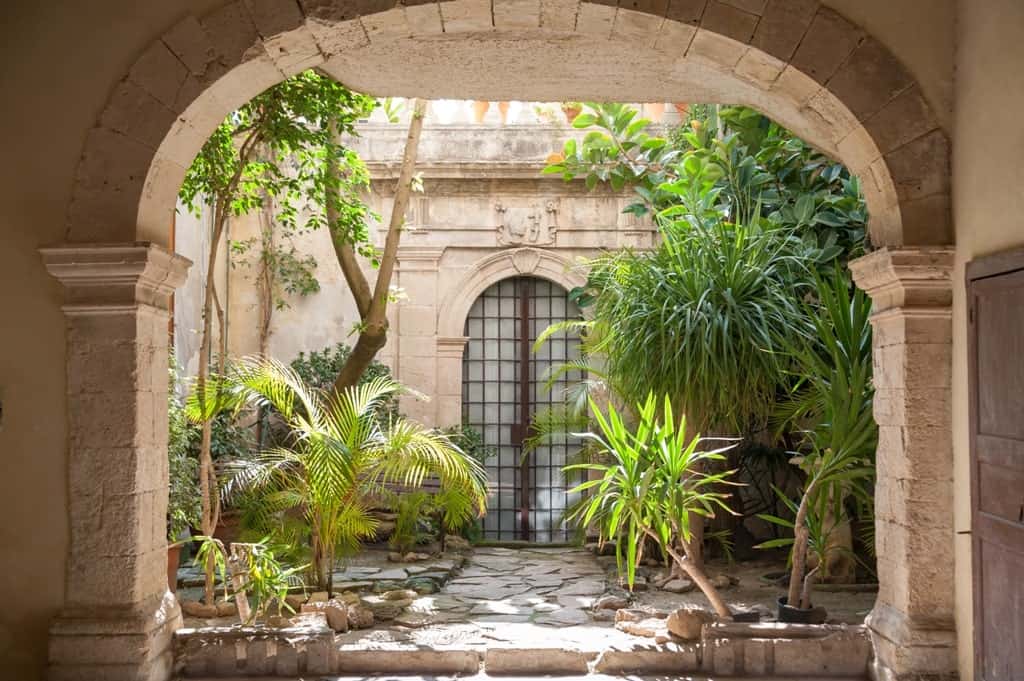 How to plan your one-day trip to Ortigia from Siracusa

How to get there: there is a special bus taking locals and tourists from Siracusa to Ortigia.

Best period: May and September

Longer itinerary: enjoy a long weekend in Siracusa to fully explore this beautiful city. You can also spend a week in a nearby seaside resort, for example, Avola, Fontane Bianche or Marzamemi: they are close to Siracusa and they’ll provide you with a relaxing seaside holiday together with the chance to go sightseeing. 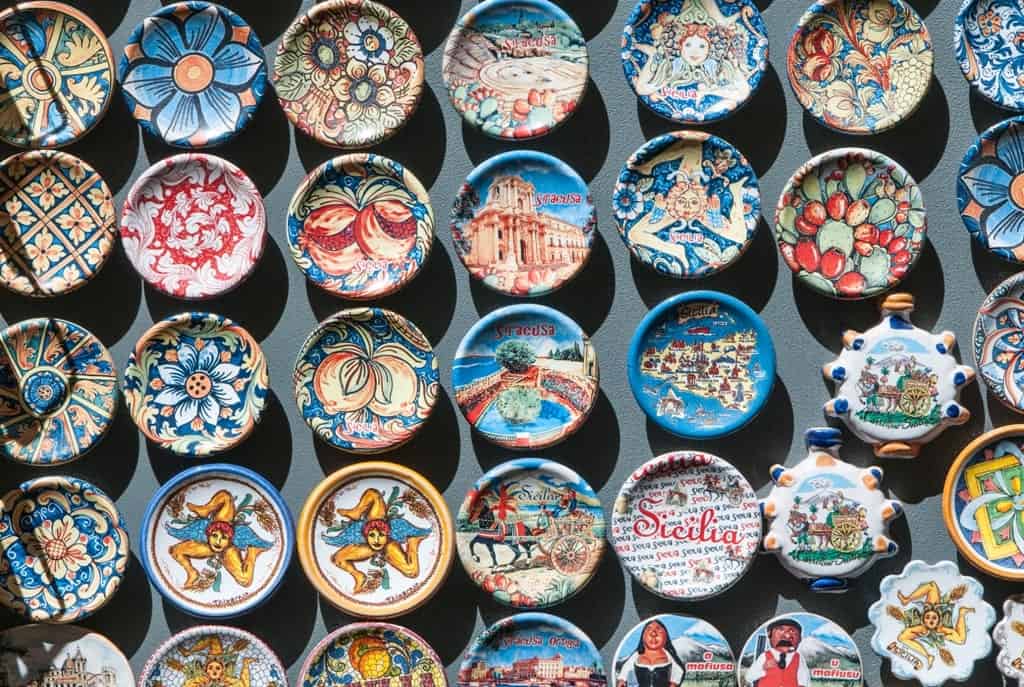 Where to stay in Ortigia 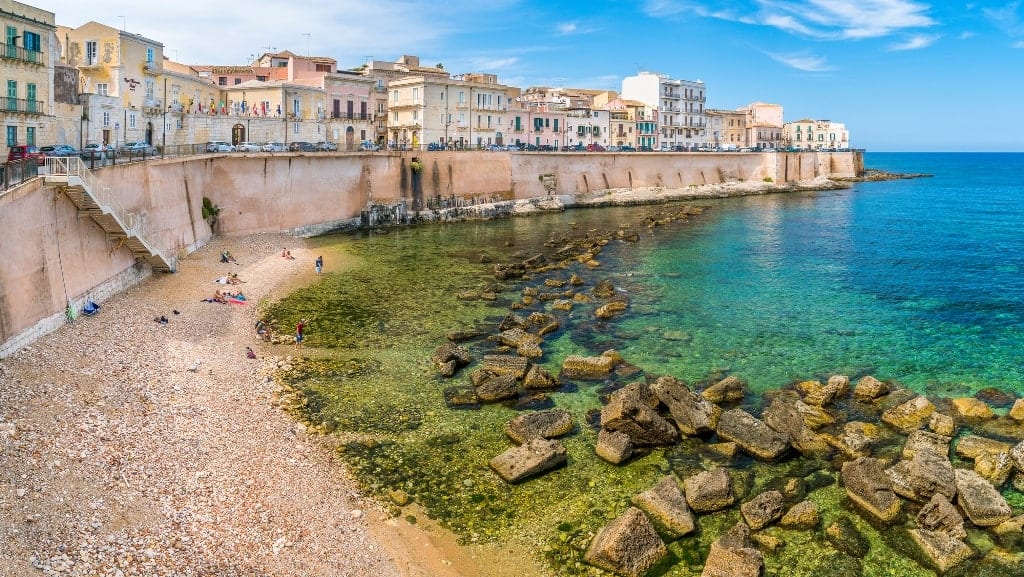 Your one-day itinerary of Ortigia 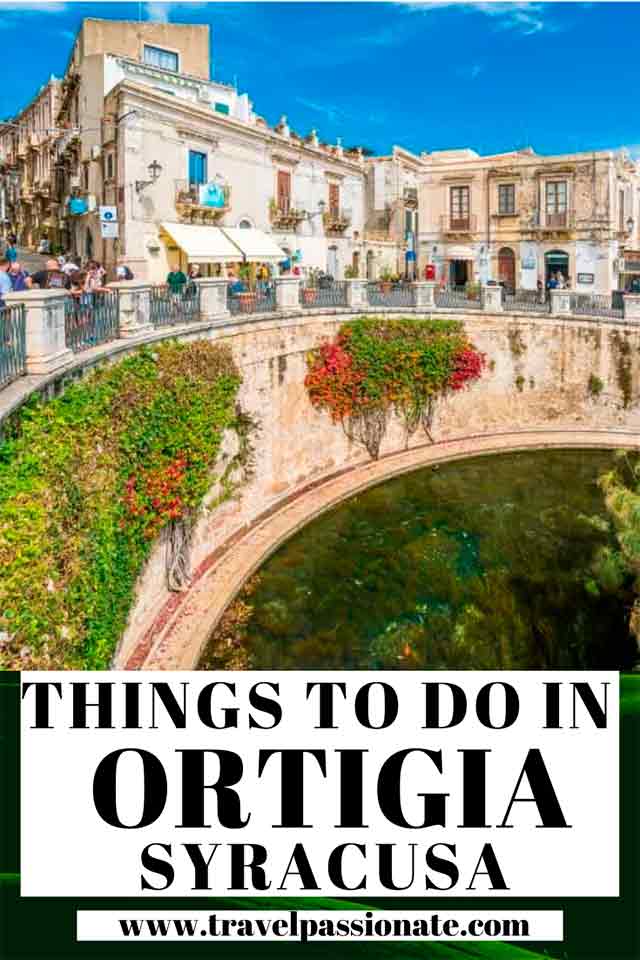