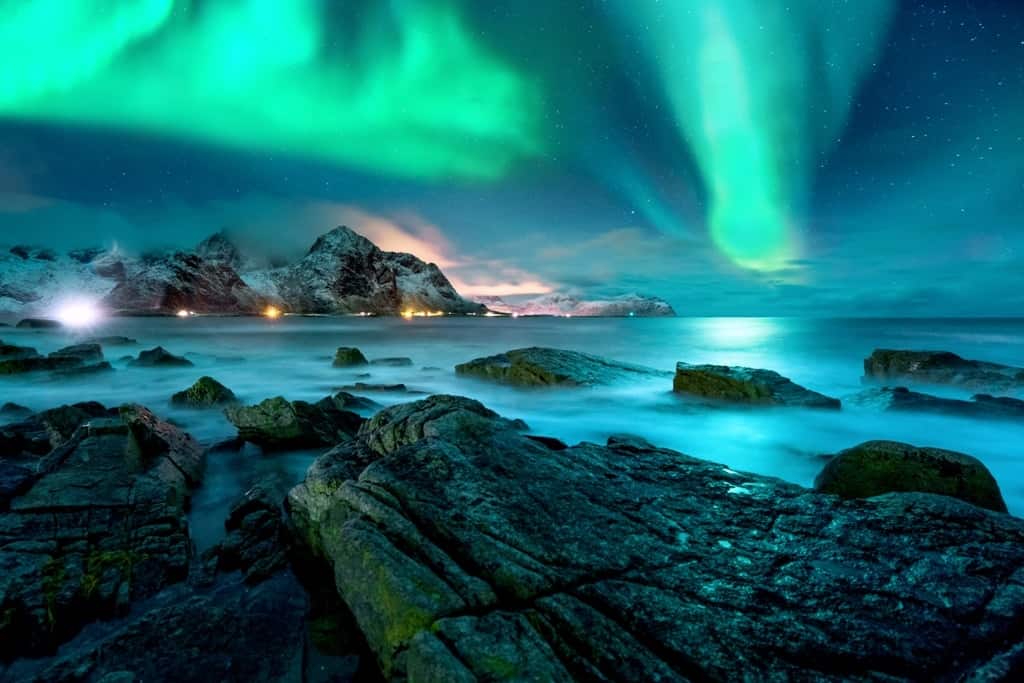 If there is one exact word to perfectly describe Norway, it is surreal. Mention Norway and one can not forget to think about the wide mountain ranges covered with ice, glistening deep fjords, and astounding night skies during winter. Norway has been on top of most bucket lists of travel savvy people because of its unique recreational and tourist destinations. Who would not want to see the Northern Lights? Anyone would  be begging to see these wonders of nature!

Since there is a famous saying that Norwegians are people born with skis on their feet, most of the unique activities that any traveler can experience in Norway have something to do with winter and snow. Though it is a given that the snowy terrains in Norway are good spots for skis, there is more to that. Here are the  the top 7 cool things to do in Norway in Winter.

This is a guest post by Pierre of Anything Under Our Stars travel blog.

Fun things to do in Norway in winter 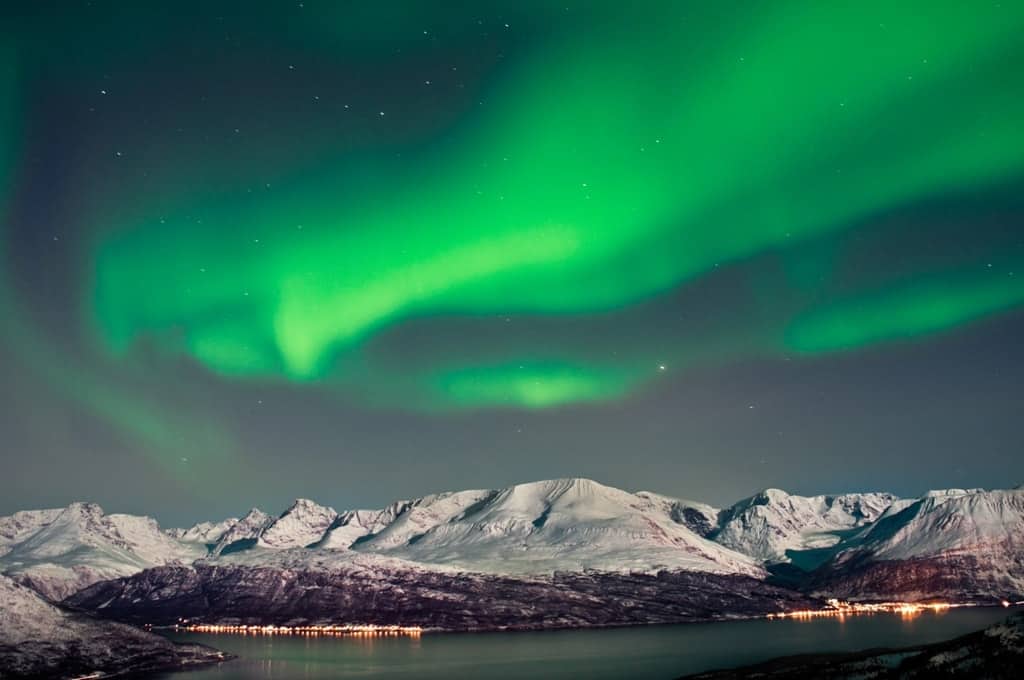 Many tourists would trade anything just to get to see the northern lights dancing in the night sky of Northern Norway.

The northern lights, also known as Aurora Borealis, are more frequently seen during the winter season in Norway. As featured in an article, Tromso/Tromsø  stands right in the middle of the so-called Northern Lights Belt. This belt has the ideal latitude for enjoying the sights of the northern lights. Aside from Tromsø , the Lofoten Islands also boast of a great viewing place for the aurora borealis because of its wide mountainous Norwegian islands.

Go on a Dogsledding adventure 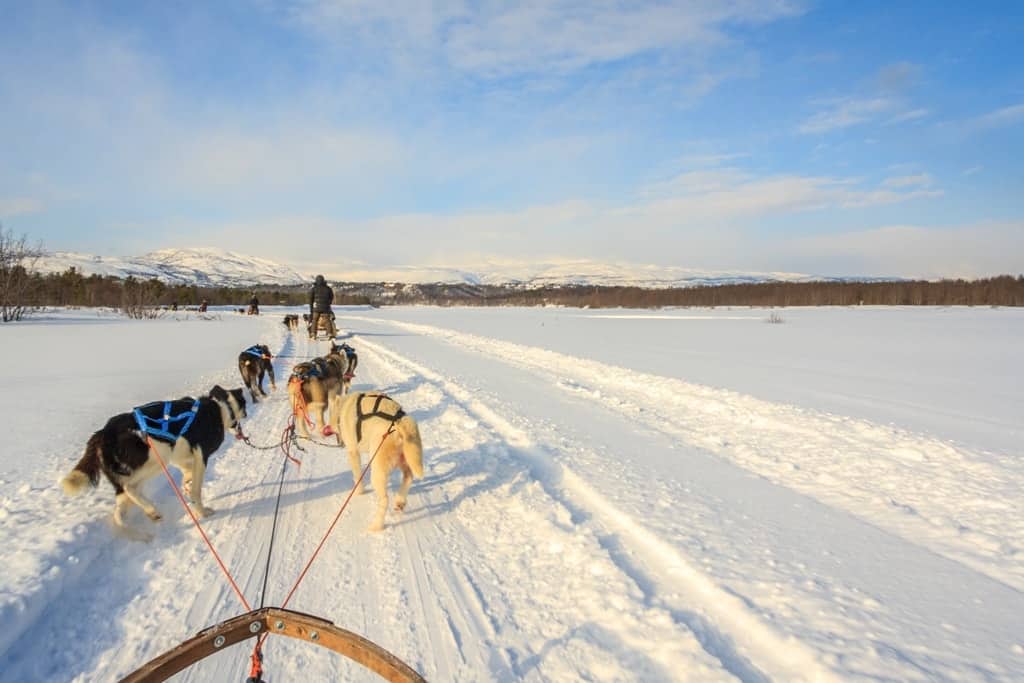 One of the highlights in Norway that is making a buzz  around the world is dogsledding. This is considered as the genuine Arctic adventure in which you can experience the thrill of running your own dog team towards the edge of Tromso.

Dogsledding in Norway is made more exciting when done during evenings under the magical dancing lights of aurora borealis. Enjoy Norway’s amazing alpine scenery as you go dogsledding under the night sky.

If you are the more competitive type, you can even join the locale’s dogsled race in Finnmarksløpet and brag about having participated in Europe’s longest dogsled race. This dogsled race is held in Alta every March yearly.

For a word of caution, driving sled dogs requires hard work. Expect that the terrain is not flat and will require you to drive along uphill slopes of fresh snow.

Stay in an ice hotel in Kirkenes

This will ultimately be a one-of-a-kind hotel accommodation experience because you will stay at the Snow Hotel in Kirkenes! Being near the North Norway border to the East, this hotel has 20 snow suites literally made of ice! There is also a bar and restaurant to relax in. Truly, staying at Snow Hotel will be like spending the night at the winter wonderland. The Kirkenes Snow Hotel is open only from December to April, so plan your trip ahead! 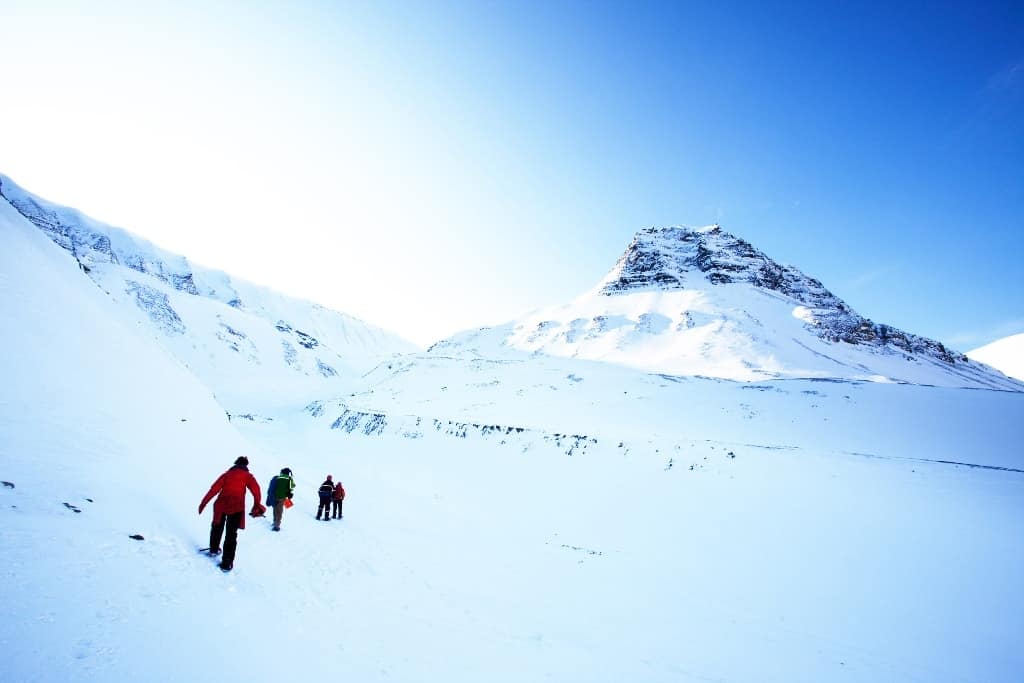 If you know what ice skating rinks are, you fairly have an idea of what snowshoeing is. This activity is increasingly becoming popular in Norway among travelers and locals alike. In Gausta area and G-sport Rjukan, there are several stalls that display snowshoes for hire.

Typically, modernized snowshoes are lightweight and very easy to use. This feature makes it easier for the hiker to have full control in his direction, whether going uphill or downhill. Thus, snowshoeing is an outdoor snow activity that is suitable for everybody.

Think about snowshoeing as hiking and ice skating all at once.The good thing about snowshoeing is that you will get a good feel of the snow on your feet while exploring  the beauty of the Norwegian mountains and its winter highland landscapes. Indeed, this activity is the perfect way to enjoy Norway’s scenery. 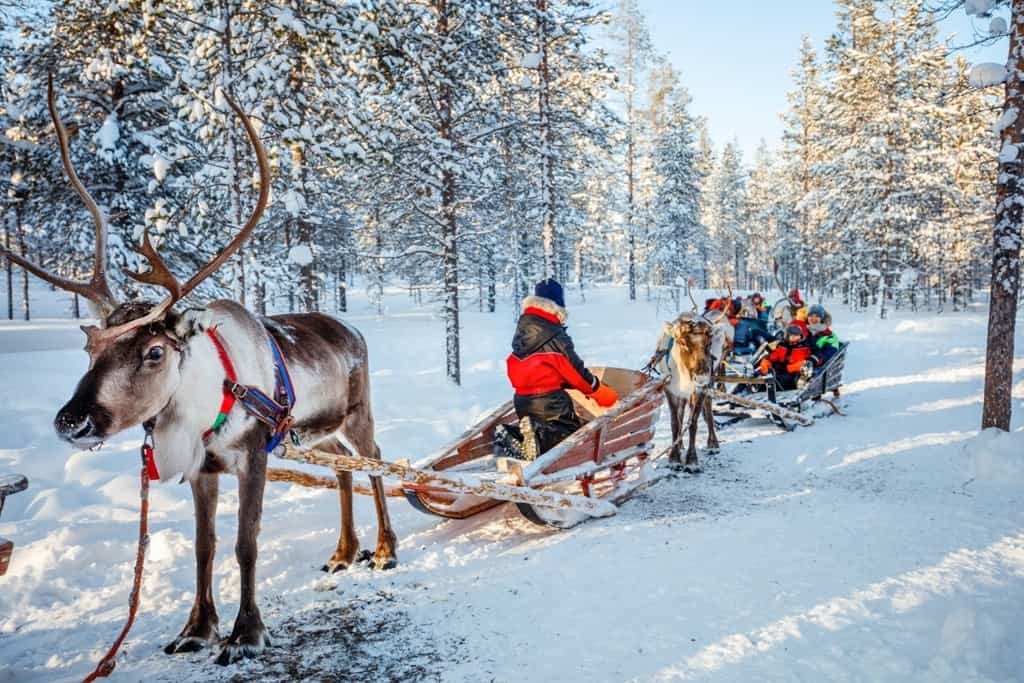 In Norway, it is only the Sami people who are allowed to own herds of reindeers. That is why it is a bit common to see the Sami people and reindeers going hand-in-hand. As a result, reindeer sledding became a very famous tourist adventure in Northern Norway. Compared to dogsledding, reindeer sledding is much more relaxing and less rigid as the reindeers just plod themselves along through the inches of snow. 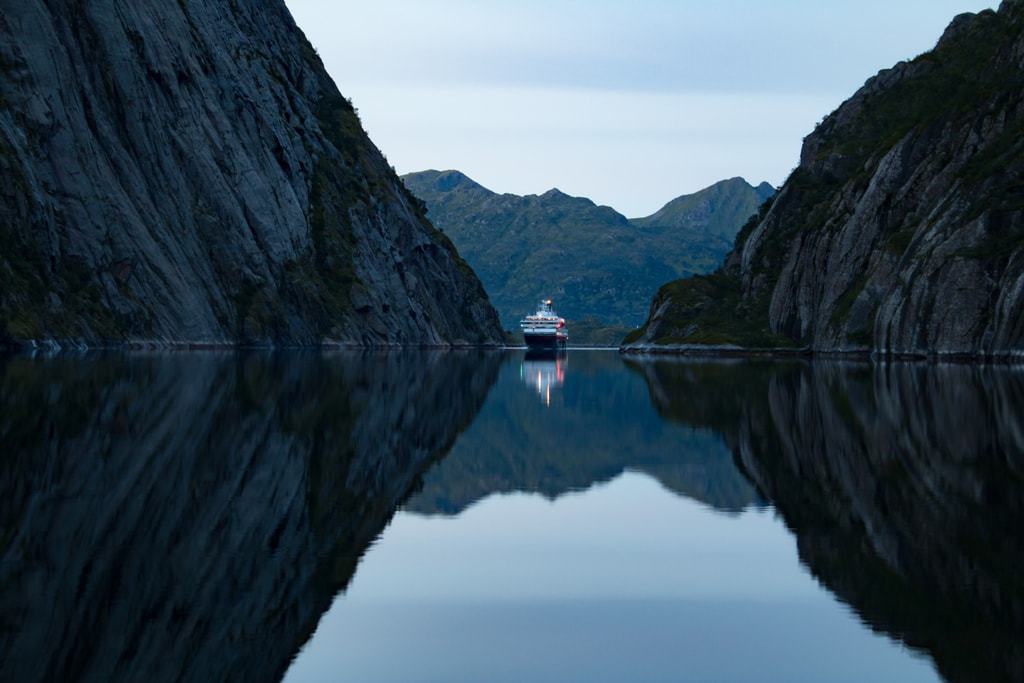 Sailing along Norway’s coastlines during winter, from November to February, is a captivating experience. Winter is undeniably the most beautiful time to explore the scenic spots the coastline has to offer. As expected, a sheet of pure white snow covers the entire landscape. Visitors can get to relax in the fresh and crisp air. From afar aboard the cruise, one can see the nicely drawn backdrop of clusters of small homes glowing on the shoreline at night.

Watching the dancing and colorful northern lights while aboard the Hurtigruten cruise in the middle of the sea can also define a unique experience for anyone! The cruise operates all year round, from Kirkenes to Bergen City and in between ports of call in North Cape and Lofoten archipelago. 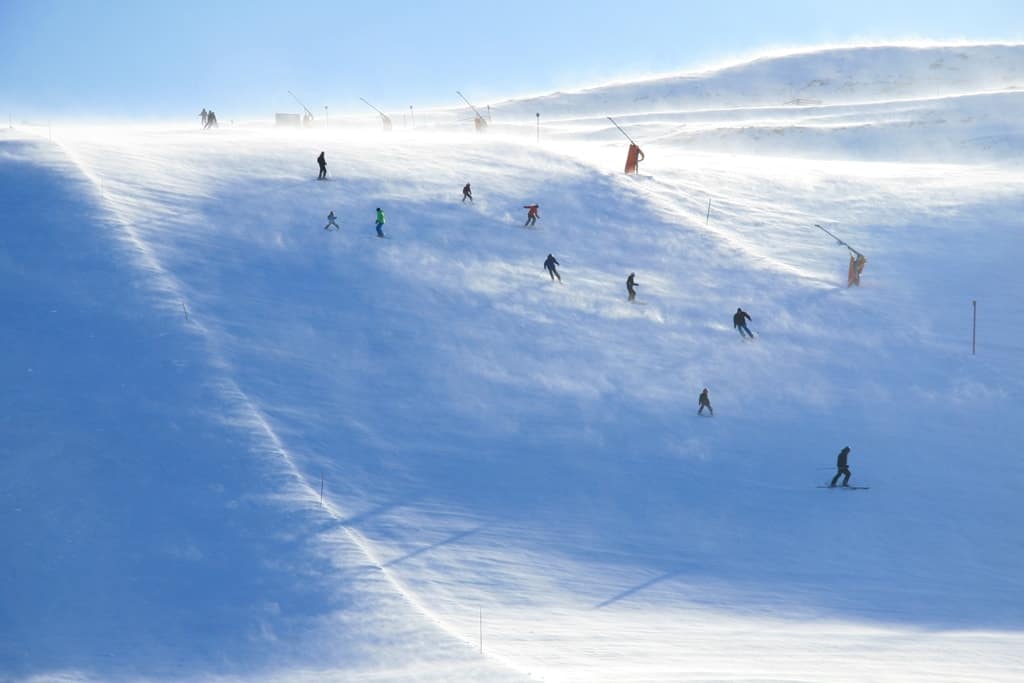 If you are on the search for the best spots in Europe for skiing, Trysil is the best place for you. The terrain of snow in Trysil and its different slopes cater to all kinds of skiers from beginners to pros. Thus, perfect for the whole family. Because of the mountainside, lots of snow accumulate in Trysil that makes it very suitable for exciting skiing events.

Boasting as the largest and best ski resort in Norway, Trysil has many interesting slopes and trails for anyone who wishes to explore Norway via ski.

While some people prefer to visit in the summer to enjoy a warm weather and experience the great hikes, they’ll sure be missing all these cool stuff because truly, winter is the best time to visit Norway!

About the author: Pierre moved to Norway in 2014 .He was Backpacking in Norway the first few months of  living there in search for work. Now,a health care worker by trade, adventurer by passion, blogger wherever he goes, Pierre writes about his travels and his life at Anything Under Our Stars. He is passionate about inspiring others to travel and discover the worldto see new places and experience different cultures. Flying here, driving there, he is someone who never tires of the wonders of adventure, pushing his boundaries time and again in order to broaden his horizons and share what he finds with the world at large.