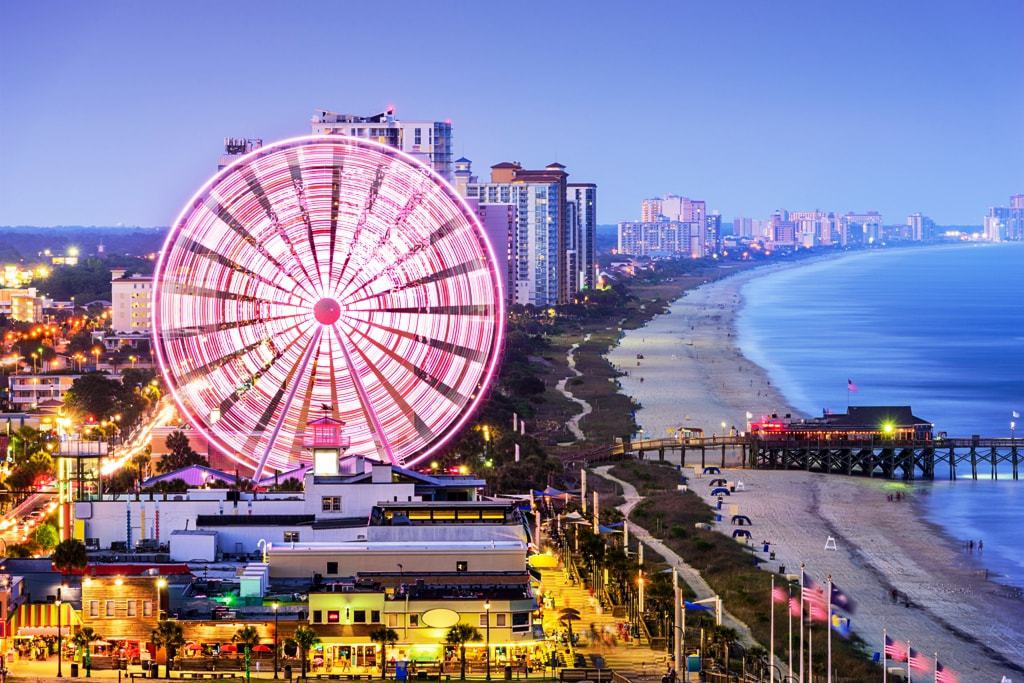 The warmer weather and longer days make many people eagerly head off for the nearest beaches. However, if you haven’t started planning your own trips yet, don’t despair. There are numerous amazing beaches to visit and the East Coast is packed with enticing destinations.

This picturesque Maine beach offers a seven-mile stretch of sand and it’s a family-friendly option. When you want a break from sunning yourself and frolicking in the waves, check out Old Orchard’s Pier. It extends several hundred feet out onto the ocean and is packed with arcade games, nightlife and other fun diversions. As for food, order fish at the charming Pier Patio Pub or get Irish fare at Hooligan’s Steak and Ale.

Also, if you’re bringing kids along on the trip, plan to go to Palace Playland. It’s the only waterfront amusement park in the country.

Head to New Hampshire and spend time in this southeastern destination that’s situated on a peninsula where the Hampton River connects with the Atlantic Ocean. People love it because it caters to vacationers and has free daily or nightly events during the summer. The well-maintained restrooms are very convenient, too.

Stop by one of the many food stands to grab a quick bite or wander the boardwalk and find a tasty restaurant there. Speaking of the boardwalk, it has an energetic and lighthearted atmosphere that’s a big hit with kids. The area gets crowded during the high season so the best thing to do is come early to score the best spot to spread your towel out on the sand.

Considered by some travelers as the location of the best freshwater beach in the United States, Presque Isle State Park is a spot in Erie, PA that actually has almost a dozen beaches to explore across a site of over 3,000 acres. Because it’s the only seashore in Pennsylvania, both residents and visitors alike come to enjoy it.

All the beaches in the park have lifeguard stations and most offer adequately sized parking areas. Also, depending on which one you choose, you might get to enjoy a game of volleyball or find a dedicated space for picnicking at the beach.

If you’d rather eat in a restaurant instead of packing a picnic, Sara’s Restaurant is the closest choice, and it’s only 100 yards away from the state park.  You’ll also find many chain establishments, ranging from Panera Bread to Hibachi Japanese Steakhouse.

This Dover, DE beach is far from the largest destination on this list, but it has anallure for nature lovers since it’s a designated sanctuary for horseshoe crabs. The horseshoe crab is the state marine animal of Delaware and going to this beach gives you a chance to see the creatures without going to an aquarium.

After spending time at the beach and keeping an eye out for these cool crabs, you’ll find plenty of other ways to occupy your time. In 2015,6.81 million people came to Delaware for leisure purposes. Many of them came to partake in the fun diversions found in Dover, such as the Dover Downs Hotel and Casino or the Dover International Speedway. The latter attraction has held at least two NASCAR races every year for the last several decades.

The Beaches of Ocean View

Ocean View is a portion of Norfolk, VA where you’ll find its beaches. There are three you can spend time at and all of them are easy to access because they cater to the public and feature amenities like restrooms, trash cans, ample parking and shade-filled places to sit and listen to the surf.

Ocean View State Park is particularly worth going to if you’re a music lover because it hosts concerts during the summer. Spread across six-and-a-half acres, this beach is considered the most notable of the options in Ocean View, so if you don’t have time to visit all three, make sure to go to this one. It even has a beach access ramp designed for people with mobility limitations.

When you’re ready to recharge your energy levels with some food, Greenies Bar and Grill on the Beach is an excellent choice. Known for its juicy burgers and fresh seafood, this establishment has a deck where you can sit and watch the ocean.

This extremely popular place in South Carolina is bursting with things to do that span far beyond spending time of the beach, so if you’re traveling with a group and know that not everyone wants to get sand in their shoes, this is a crowd-pleasing choice.

Located in the northeastern part of the state, Myrtle Beach has various accommodation options so you’ll be able to find a suitable temporary home whether it’s a rented beach house, a budget motel room or a campsite.

Every year, 15 million people come to Myrtle Beach, often to enjoy its 60 miles worth of seashore. Aside from the beach, you can go to the Murrells Inlet Marsh Walk, which is known as the seafood capital of the world. You might also want to enjoy a few hours of entertainment during a dinner theater performance at Medieval Times.

Also, the Myrtle Beach boardwalk is over a mile long. You can get a bird’s eye view of it while riding the SkyWheel, a giant Ferris wheel with glass-enclosed, climate-controlled gondolas. Shopping opportunities are plentiful too and you can find everything from small boutique shops to well-known establishments.

It’s impossible to cover all the impressive East Coast beaches here, but this list will give you a great starting point as you plan seashore vacations this summer or set your sights on the off season. After seeing what some of these destinations must offer, you’ll likely make additions to your ongoing list of favorite places to visit. 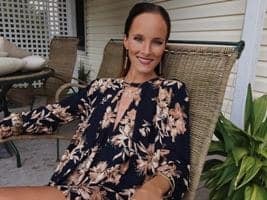 Kacey is a lifestyle blogger for The Drifter Collective, an eclectic lifestyle blog that expresses various forms of style through the influence of culture and the world around us. Kacey graduated with a degree in Communications while working for a lifestyle magazine. She has been able to fully embrace herself with the knowledge of nature, the power of exploring other locations and cultures, all while portraying her love for the world around her through her visually pleasing, culturally embracing and inspiring posts.