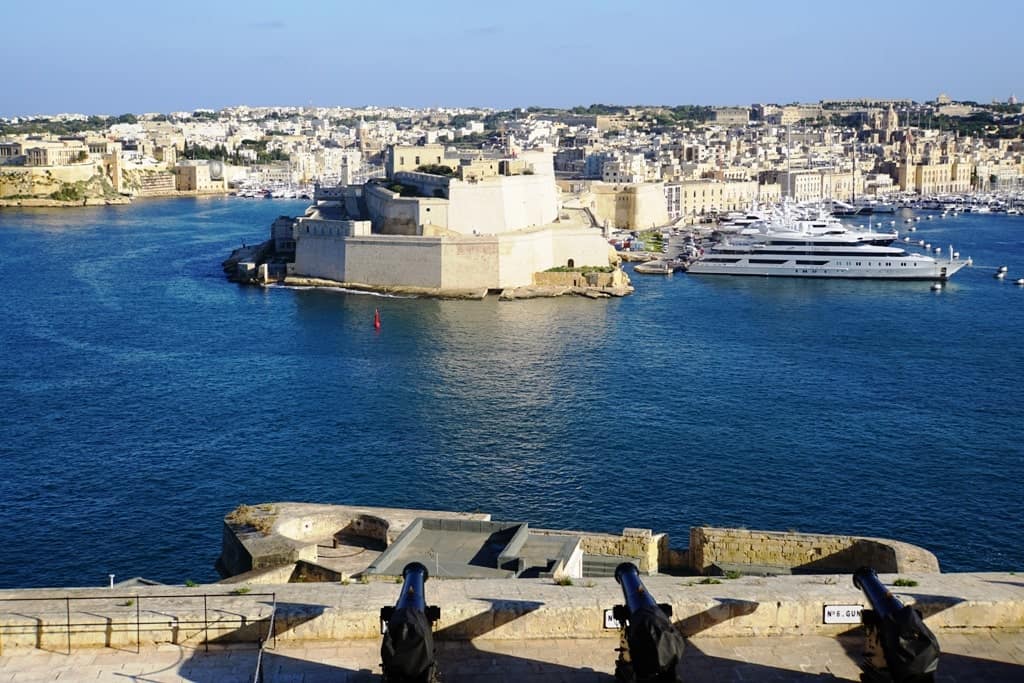 Malta, officially known as the Republic of Malta, lies south of Sicily and Italy, and due east of the coast of Tunisia in Northern Africa. It is a small island country whose location has ensured its long history as a naval base. Settled in or around 5900 BCE, the island has been ruled by no less than eleven different powers, including the Phoenicians, Carthaginians, Greeks, Romans, Byzantines, Arabs, Spanish, Normans, and the British.

Malta is easy to get to, with numerous direct flights from both Europe and North Africa. To get here from the Americas, Australasia, or Asia, connect via a European or Middle Eastern gateway. The international airport is only 45 minutes from anywhere on the island and its relatively easy to get around. 3 days in Malta is enough time to visit the major sites, like the filming locations for Game of Thrones and Gladiator, the Ġgantija Temples in Gozo, St. John’s Cathedral, and the capital city of Valletta. My three-day Malta itinerary hits all the highlights, plus some exciting day trips off the island.

If you are planning to travel to the islands, this guide will assist in planning your three days in Malta.

How to spend 3 days in Malta 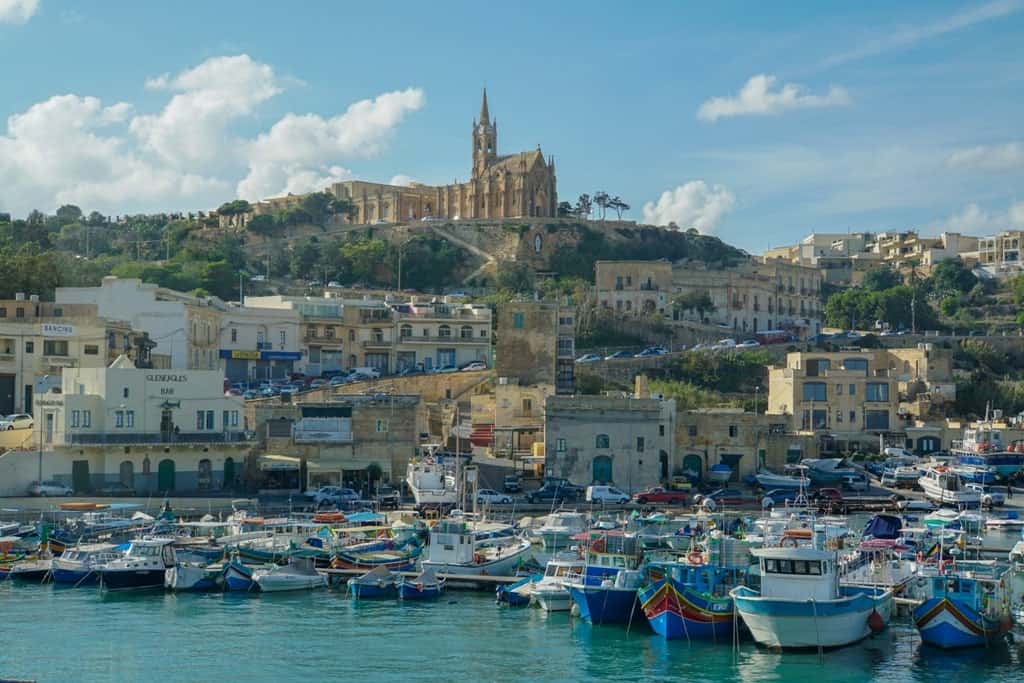 Gozo is Malta’s sister island, in Homeric legend the home of the nymph Calypso, who held Odysseus captive before finally releasing him to return home. It is located northwest of the main island of Malta and is known for its numerous seaside resorts and exceptional diving sites.

How to Get to Gozo

The only way to get between Malta and Gozo is by ferry, which departs from Cirkewwa to Mgarr, on Gozo, every 45 minutes or so. This year-round ferry takes just 30 minutes each way. 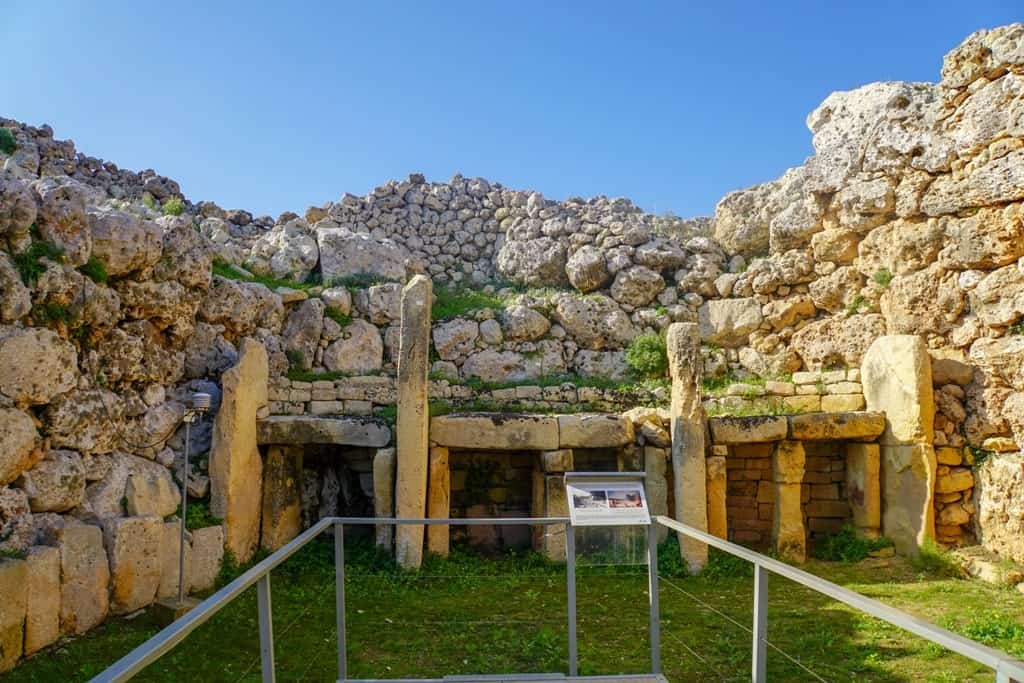 Ġgantija is a massive temple complex built during the Neolithic period (3600-2500 BCE, or so). These megalithic limestone temples are the oldest of the megalithic temples in Malta, and are older than the Egyptian pyramids. They are also among the world’s oldest freestanding structures. 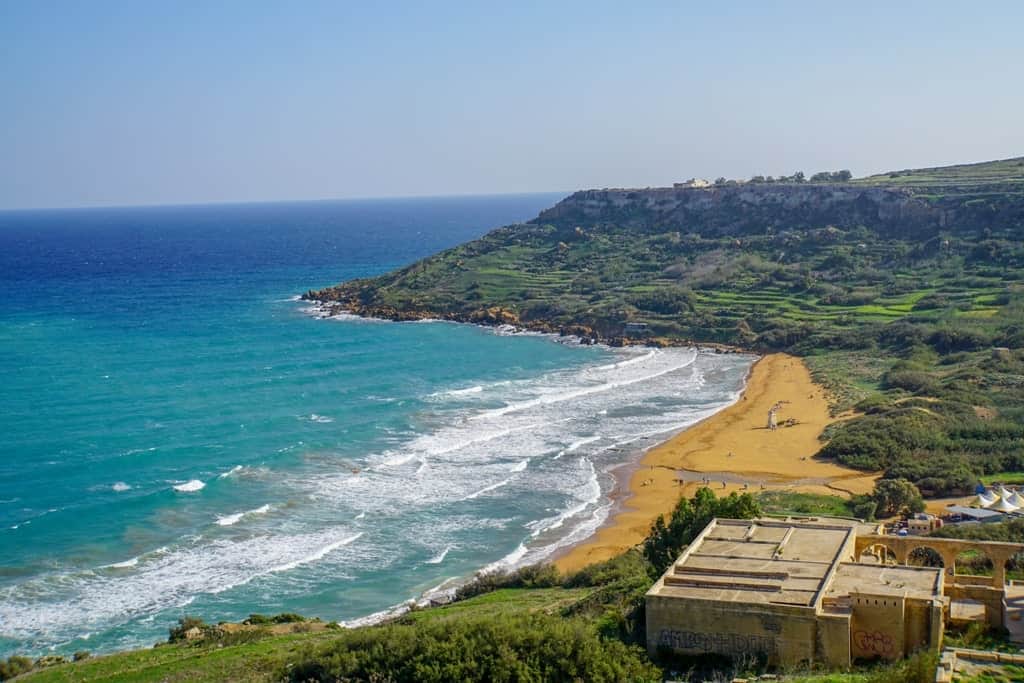 Gozo is long considered to be the island of Ogygia, where the nymph Calypso held Odysseus captive; Calypso’s Cave is thought to be the cave Homer mentions in The Odyssey. Visitors cannot access the cave itself but can visit via a series of rocky paths to an observation deck that offers wonderful views of Ramla Bay – one of the best beaches on the island – and the ruins of a Knights of Malta fortress.

Victoria and the Citadel 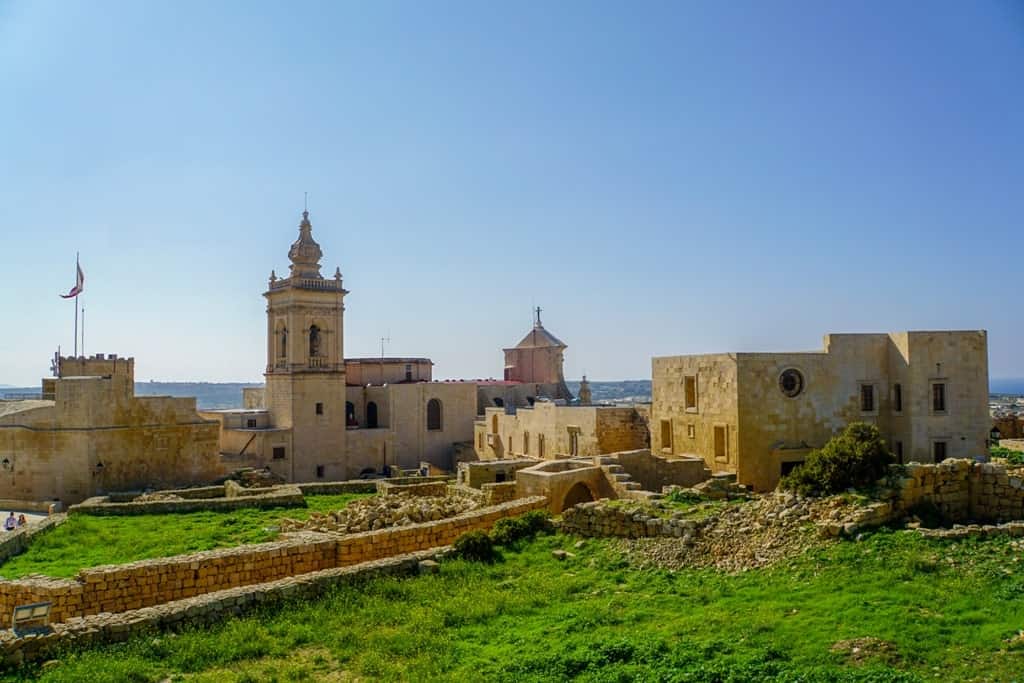 The Citadel, or Cittadella, is an ancient city located near Victoria, the capital of Gozo. Perched above the city, and inhabited since the Bronze Age, Cittadella encompasses various archaeological sites like the cathedral, chapels, houses, and more. It is thought to be the acropolis of the Punic-Roman city Gaulos. 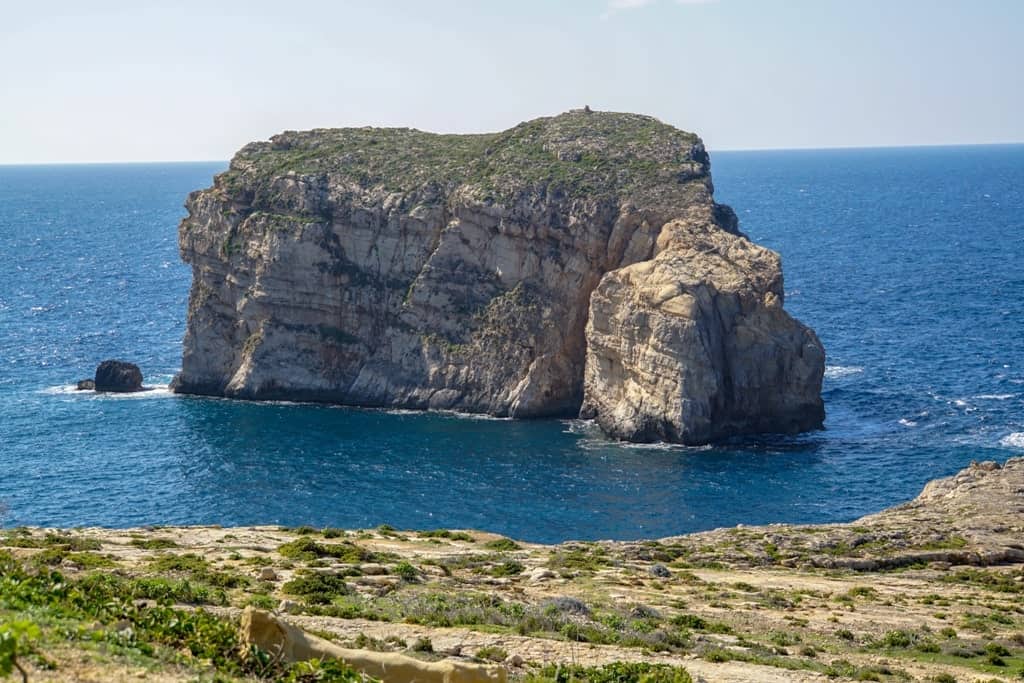 The Blue Hole is a natural rock formation popular with divers. It is located near the (now collapsed) Azure Window. Fungus Rock is nearby, at the mouth of Dwejra Bay in San Lawrenz. The rock is covered in a plant only found here and still to this day used for medicinal purposes.

For lunch, head to il-Kartell, a family-owned and operated restaurant that lies at the mouth of the port in Marsalforn. They catch and prepare fish daily, and use local, seasonal ingredients in each dish they prepare. The restaurant is one of the oldest standalone restaurants in and is still located in the same boat houses where they opened in the 1970s.

The Xwejni Salt Pans are located near Qbajjar Bay. During the summer, locals pan for salt here, which is then sent to local caves for processing and storing. The locals, many of whom are from the same family, offer tours that show off how they collect, process, and store the salt.

After exploring the fascinating island of Gozo, return to Malta by ferry, just in time for dinner.

For more information on Gozo check my post: Things to do in Gozo.

End your evening at Nenu The Artisan Baker, in Valletta. This local bakery, bar, and restaurant is open all day serving traditional Maltese bread, ftira, and other delicacies. Maltese food is a curious blend of Sicilian, British, and French foods, and Nenu prepares everything to order. Serving dishes that vary as the seasons change, the menu is inspired by indigenous ingredients and local flavours.

On your second of three days in Malta, explore Valletta and some of the surrounding Maltese towns. Begins your day at Caffe Cordina, where you can taste traditional Pastizzi, which is a traditional savoury pastry, often filled with either mushy peas or ricotta cheese. It is a typical Maltese breakfast, and very popular with the locals! 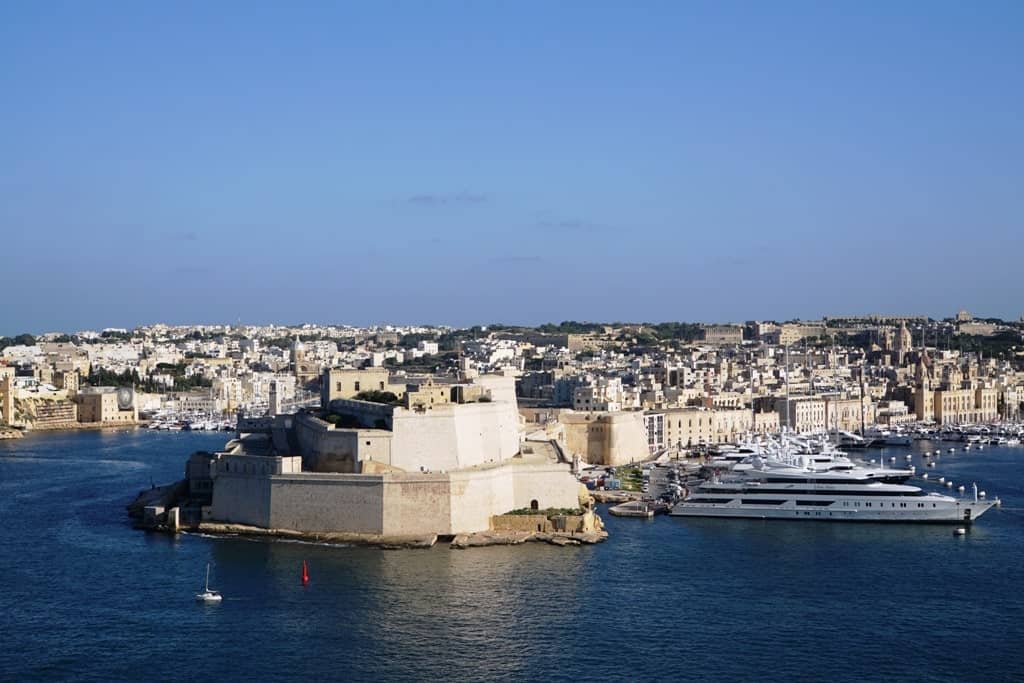 Valletta, which is the capital city of Malta, a UNESCO World Heritage Site, and the 2018 European Capital of Culture, is a town steeped in history and culture. Spend the first part of your day exploring this fascinating city, which was established in the 1500s by the religious order Knights of St. John. Some of the most impressive buildings include the Grandmaster’s Palace, the National Museum of Archaeology, and the Cathedral of St John. 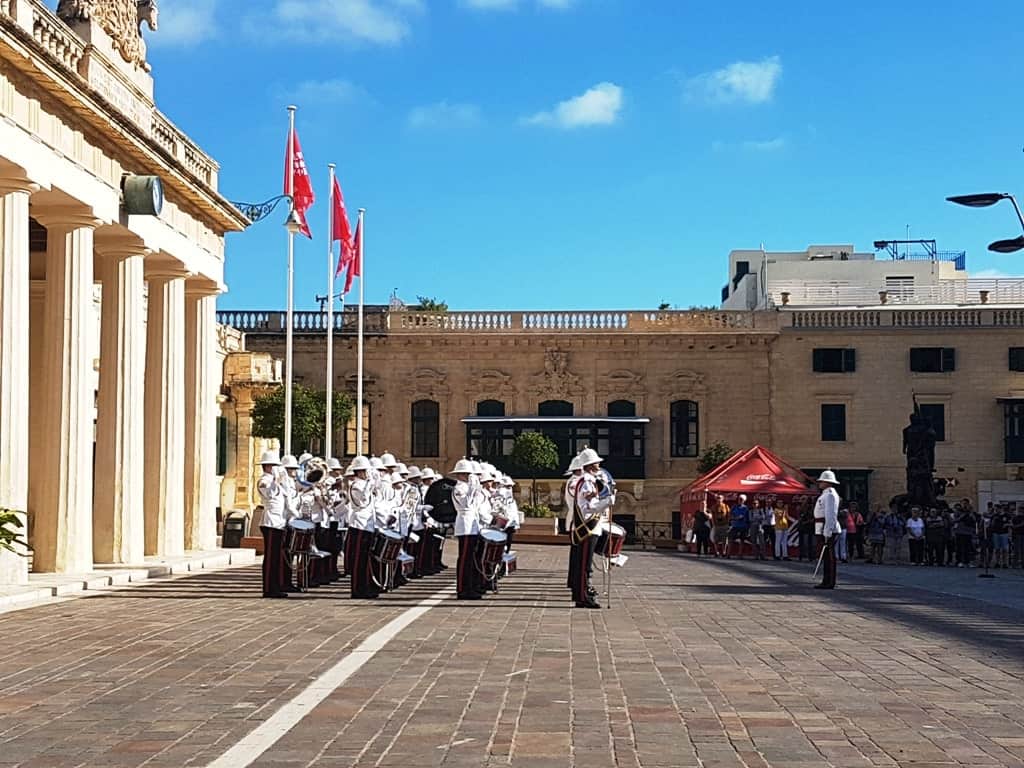 The Grandmaster’s Palace, the largest palace in Malta was built for the Grandmaster of the Knights, although over the years and subsequent rulings of Malta it has been the Magisterial Palace and the Governor’s Palace. Today, it houses the President of Malta. Parts of the building, like the state rooms and the armoury are open to the public for tours.

Housed in a 16th century Baroque palace, the National Museum of Archaeology has some of Malta’s most important archaeological artefacts from the Neolithic era into the Phoenician era. The museum is a wonderful introduction to the history of Malta and its people. Of added note is the building itself, known as Auberge de Provence, which was built for the Knights of St John. 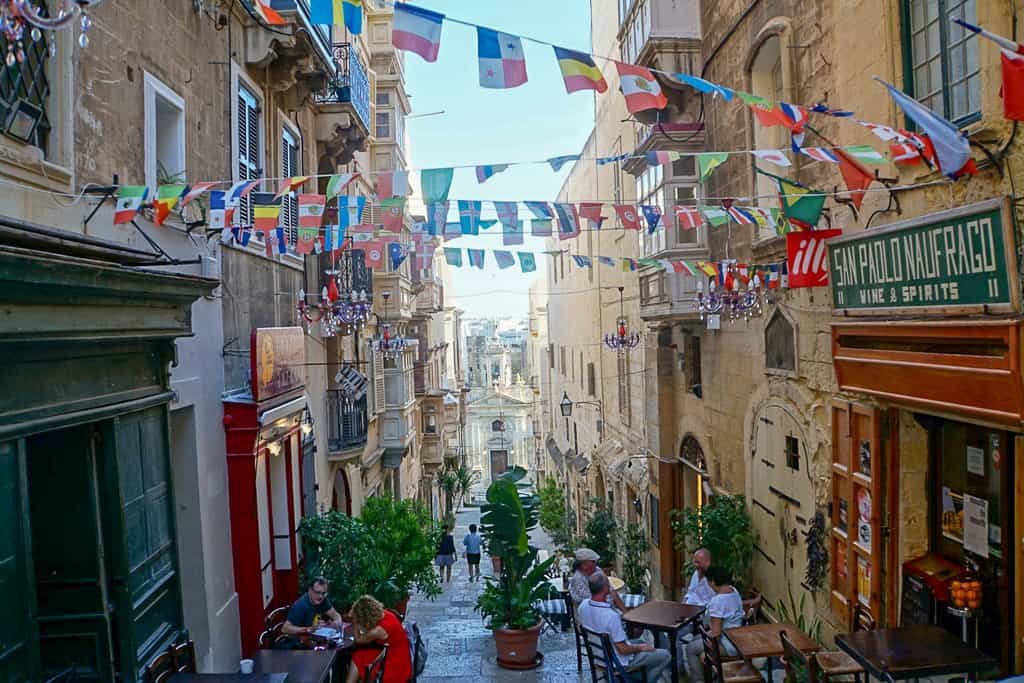 Fort Saint Elmo is a star fort that lies between Valletta’s two harbours and commands attention on all sides. It’s most known for its role in the 1565 Siege of Malta, when the Ottomans attacked Malta, and was attacked in the early days of World War II. It was in use as a military base until 1972.

The Co-Cathedral of Saint John, in Valletta, was built in the late 16th century by the Order of Saint John. Its interior was modified in the late 17th century, and is considered to be one of the finest Baroque cathedrals in all of Europe. As such, it was often a rival to the bishop’s see at Mdina, but in the early 1800s, it was officially allowed to become a bishop’s see and thus the co-cathedral. It was heavily damaged during the war, although the artwork and interiors were removed and thus saved; the church was restored in the 1980s and 1990s, and again in the 2010s.

Casa Rocca Piccola is a Maltese noble palace, still owned and lived in by a noble family. The marquis and marchioness de Piro often lead the guided tours, which take place daily and highlight the long and storied history of both the palace and the family. Included in the house tour are the summer dining room, once an outdoor terrace now enclosed, and one of three bomb shelters which can shelter up to 100 people each.

Head for Mar Casar, an organic and natural winery that produces vegan and vegetarian wines. The winemaker, Mark Cassar, uses two methods to produce wine, including a unique ancient method known as qvevri. Qvevri originated in the Republic of Georgia and is the process of sealing the grapes, skins, and seeds into clay pottery, then burying the pots in the ground to allow them to ferment into wine. Cassar also uses a holistic biodynamic approach to produce several varietals.

Mdina is the old capital of Malta, and also known as the Silent City or the Citta Notabile. It is St Paul’s city, as well, for in 60AD he lived outside the city walls after he was shipwrecked on the island. In Mdina, one can visit the St Paul’s Cathedral as well as the catacombs, the Cathedral Museum, and the Domus Romana, or old Roman city ruins.

The Ħaġar Qim Temples are located near the town of Qrendi. The main temple is atop a hill, offering vast views out to sea, while there is another large megalithic temple at the base of the hill. These temples date to around 3000BCE, and are among some of Malta’s most impressive megalithic temple complexes.

Cap off your second day in Malta with dinner at Is-Suq tal-Belt, the Valletta Food Market. Located in a 19th century Victorian covered market, the food market offers a variety of international flavours. With three levels of incredible dining options, you are sure to find something to savour. 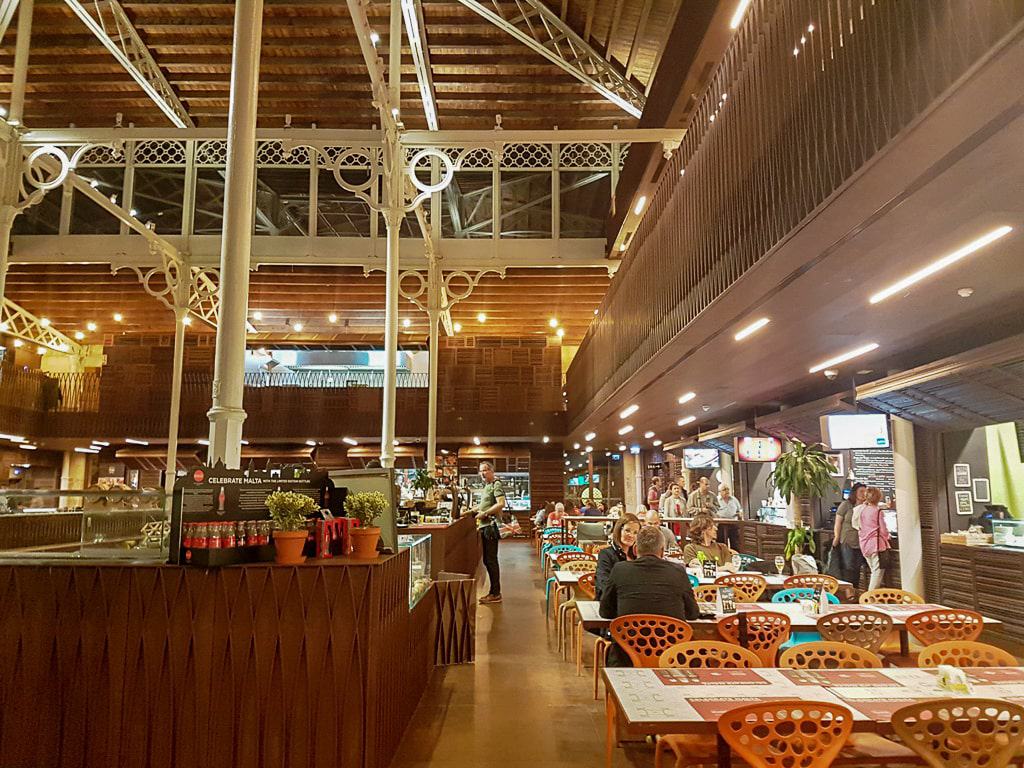 3 Days in Malta: Day 3 The Three Cities of Malta

The Three Cities is the name given to the three neighbourhoods of Birgu, Senglea, and Cospicua, which lie across the Grand Harbour and around the Vittoriosa Marina. They are older than Valletta and an incredibly important and historic part of Malta. Some of the major attractions here include the Gardjola Gardens, the Senglea Basilica, St Michael’s Bastion, the Maritime Museum and the Vittoriosa Marina, Fort Sant Angelo, and the Inquisitor’s Palace, built for the Maltese inquisitors in the 16th century. It is also worth exploring the backstreets of all neighbourhoods as it gives one a glimpse into the daily life of Maltese people.

On the way back to Valletta, explore the Grand Harbour and Waterfront. The Grand Harbour, which is a narrow natural harbour, has been a port for centuries, thanks to Malta’s location in the middle of the Mediterranean. It is also very deep, which allows for cruise ships and other large vessels to come directly into the city. The Forts of St Elmo and Sant Angelo guard the harbour. Today it is a bustling waterfront with plenty of shops, restaurants, and bars. 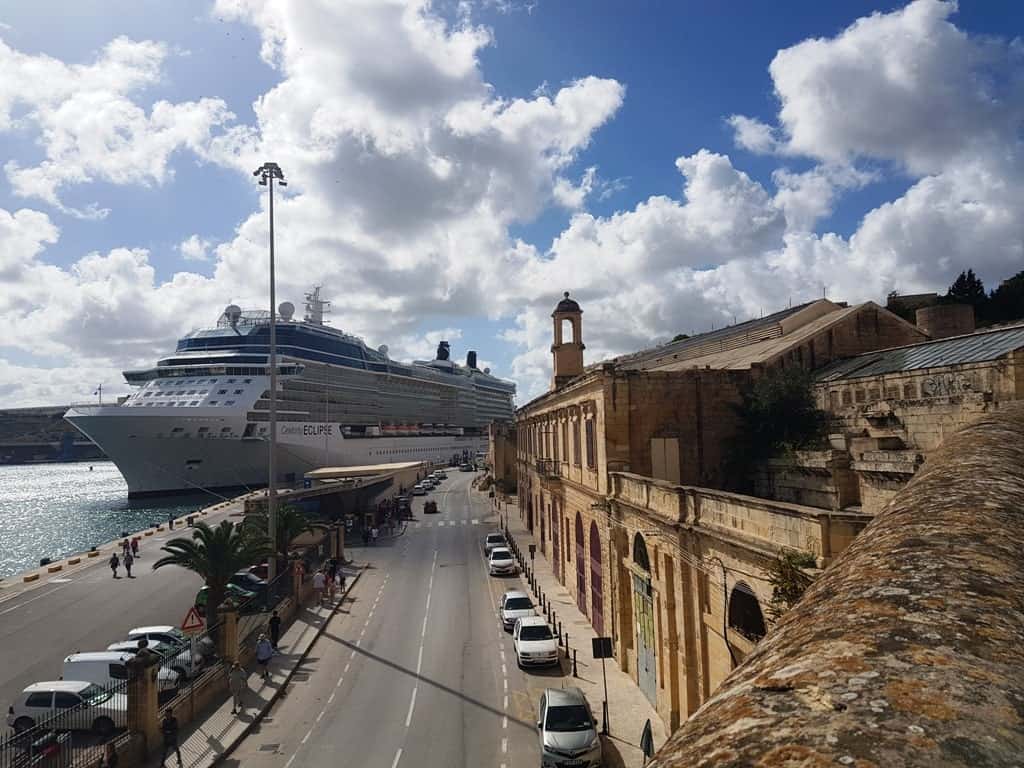 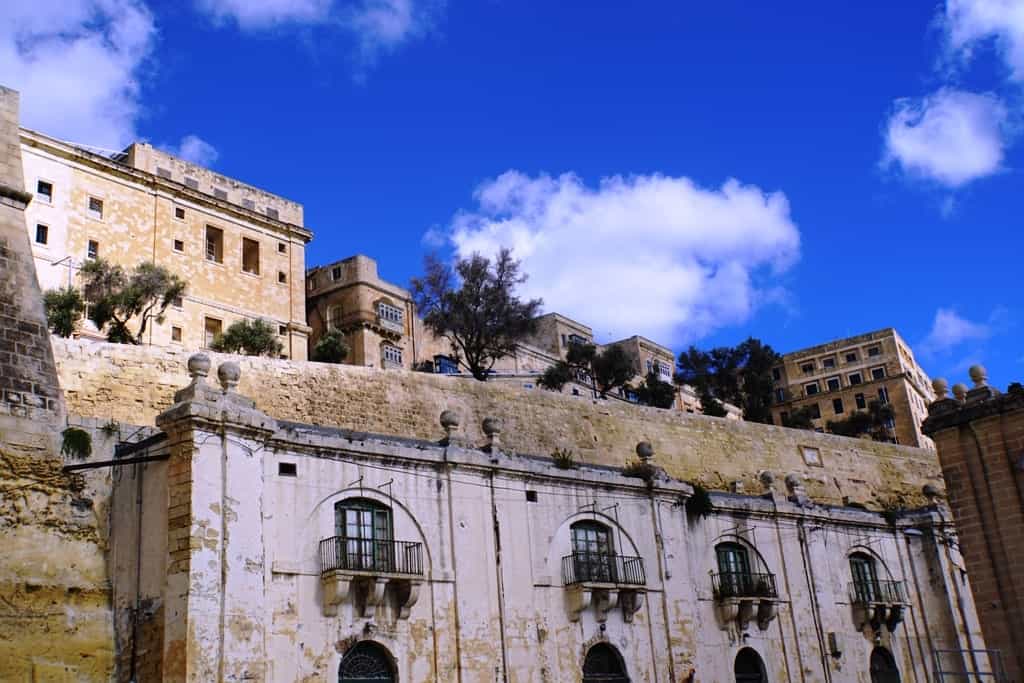 If you have more than three days in Malta, perhaps you’ll wish to also visit Sicily – which is a really easy day trip from Malta. This island off the southern coast of Italy is just one hour by boat from Valletta to Catania.

Where to Stay in Malta

Jean de Valette Boutique Living is self-catered accommodation in Valletta, perfect for your three days in Malta. The hotel features nine serviced apartments with a variety of room layouts and kitchen options. It is located in the heart of the old city next to St John’s Cathedral.

You might want to check out a local”s guide on where to stay in Malta.

Malta is an interesting island with plenty of exciting attractions. From the fascinating and mysterious megalithic temples to the blend of cultures, each city and town offers the visitor something unique and fun. With charming streets and friendly locals, Malta is a place you won’t soon forget. I can’t recommend visiting Malta enough, and hope my three days in Malta itinerary has inspired you to visit!

My trip to Malta was organized by Visit Malta, but as always opinions are my own.