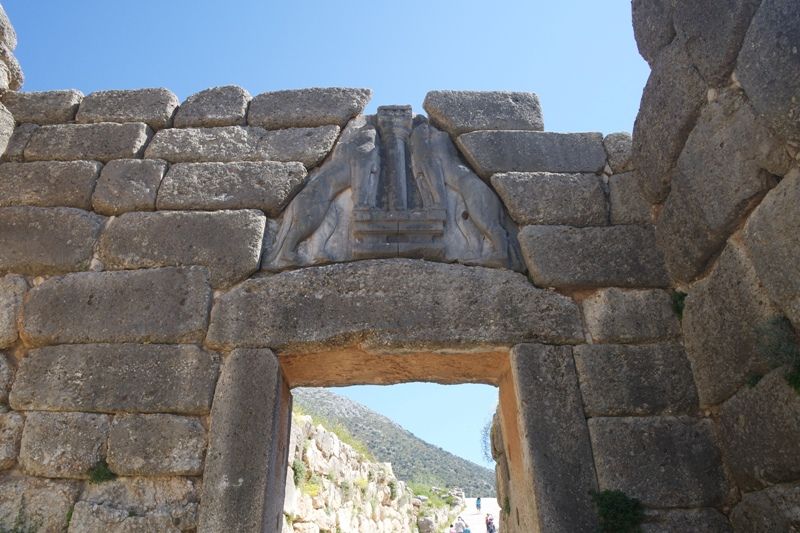 The Archaeological Site of Mycenae Greece

Driving from Athens, just before Nafplio, lays the ancient city of Mycenae. As you approach the archaeological site you will first see the Treasury of Atreus, burial monument of Mycenaean architecture. It was constructed in 1250 BC and it was believed to be the grave of Agamemnon. Unfortunately, the tomb of Agamemnon, as most tholos tombs was robbed in antiquity.

Your next stop is the main archaeological site the Acropolis of Mycenae. The town of Mycenae was built-in a strategic location. The hill of the Acropolis was low and was built near two mountains making it inaccessible and hard to detect. Also it was on the main route linking Peloponnese with the whole Greece making it easy to control the movement of goods.

The hill of the Acropolis was surrounded by a big wall 900m long that enclosed an area of 30.000 m2. From the preserved remains the most important are the Lion Gate of Mycenae  which was the entrance to the Acropolis, the two Burial Enclosures that were part of an extensive prehistoric cemetery, the Vaulted Tomb of Clytemnestra, the Royal Palace, the North Gate, the Temple and the Underground Tank.

Onsite you will also find the Archaeological Museum of Mycenae. In the three rooms you can see many findings from the excavations.

Tickets are valid for Mycenae, Treasure of Atreus and the Archaeological site of Mycenae.

Visiting the whole site, including the museum will take you at least 2 hours. Wear sensible shoes and bring a bottle of water and a hat with you.

How to get to the archaeological site of Mycenae Greece

The easiest way to get there is either by renting a car or by one of the organized tours. There is also the most complicated way of going by public transport (Ktel) for more info click here.

Book a day trip to Mycenae and Epidaurus from Athens here.

Have you ever visited Mycenae or another archaeological site in Greece? Which one was your favorite?