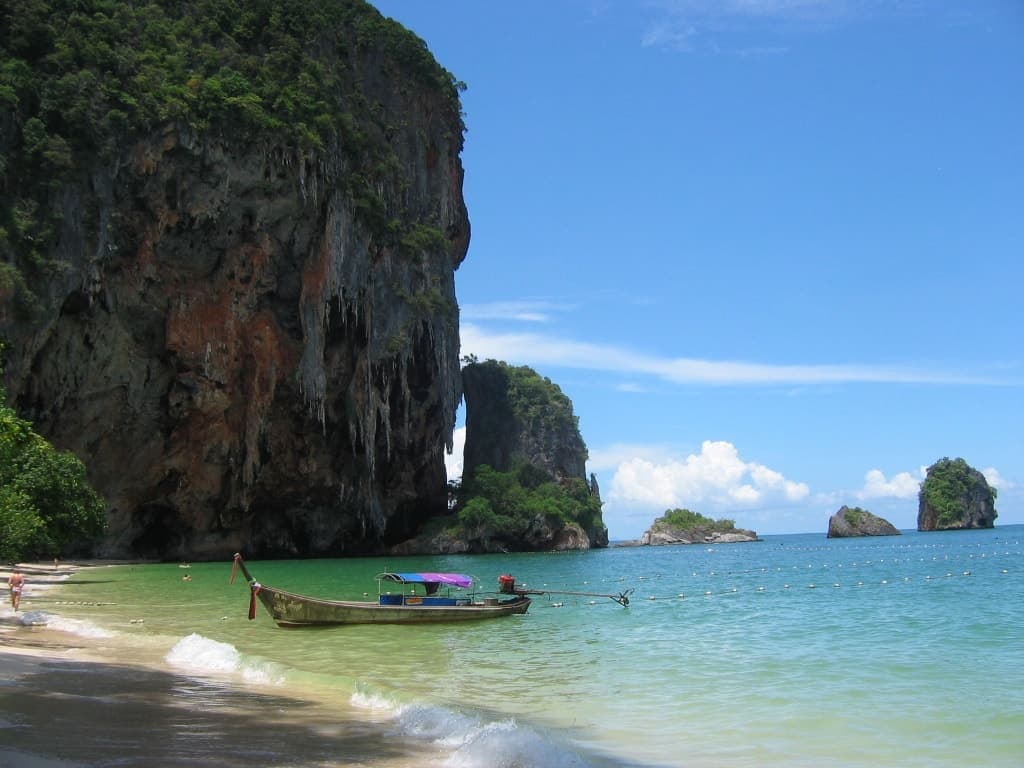 Just before the summer kicks in May is the perfect month for traveling. Europe has started to warm up and there are some great places to visit just before it gets really hot. It is also a great time of the year to travel in Asia or Nicaragua, just in time before the rain season.

If you are looking for the best place to travel in May, 11 travel bloggers suggest their favotite destination around the world.

The best places to travel in May

Spring is generally a good time of the year to visit the countryside since it’s the blooming season of many flowers, which results in a colorful scenery. One of the countries, where you will have the chance to see spectacular fields full of colorful flowers, is Holland, where from the end of March till the end of May tulips are blooming. Tulips are the national flowers of Holland, and one of the most important export products of the country.

If you visit Holland in May you will be able to see many tulips in cities like Amsterdam, but in order to have a really amazing floral experience, you should, of course, visit the countryside. Nevertheless, not so far from Amsterdam, you will be able to visit the Keukenhof gardens where you can see more than 800 types of tulips in 32 hectares. Not far from the park you can also visit the so-called “Flower Strip”, where you will be surrounded with tulips of all the colors you can possibly imagine.

Contributed by Gábor and Rachele of  Surfing the Planet blog. 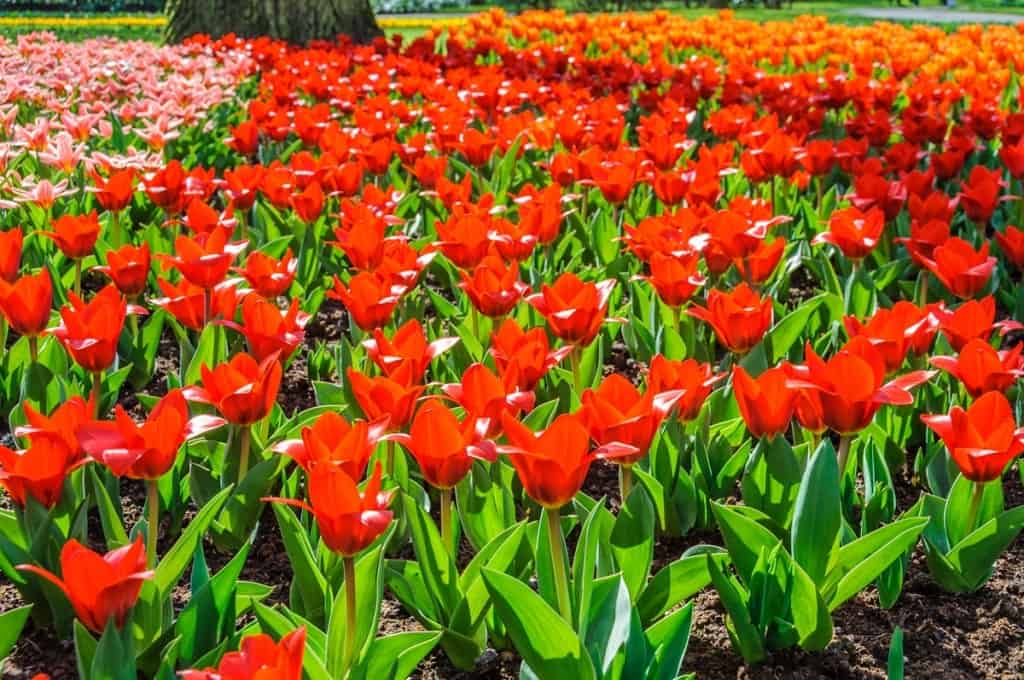 As most travellers will know, planning a trip to the UK around the weather is never the best idea. However, if you want a good chance of seeing beautiful London mews houses surrounded by trees and blossom, parks filled with office workers snatching some lunchtime sunshine and avoiding the hoards of people who descend on the city in the summer holidays then May is the perfect time to visit.

Nature lovers can check out the famous Chelsea Flower Show, hosted in the city’s royal borough and loved by gardeners worldwide, whilst sports fans might want to grab some tickets for the FA cup final. If you’re more of a culture vulture, then you’ll be excited to hear that May is one of the two months per year where many of the famous museums and historic sites in London open late into the night, giving you a whole new perspective on these amazing landmarks.

For the most instagrammable early summer destinations, visit the Columbia Road flower market (Sundays only) or take a wander through the beautifully quirky streets of Notting Hill. It might even be safe enough to venture out for a picnic in Hyde Park. The April showers should have passed but be sure to pack your umbrella just in case!

Contributed by Sarah of Not Another Travel Blog. 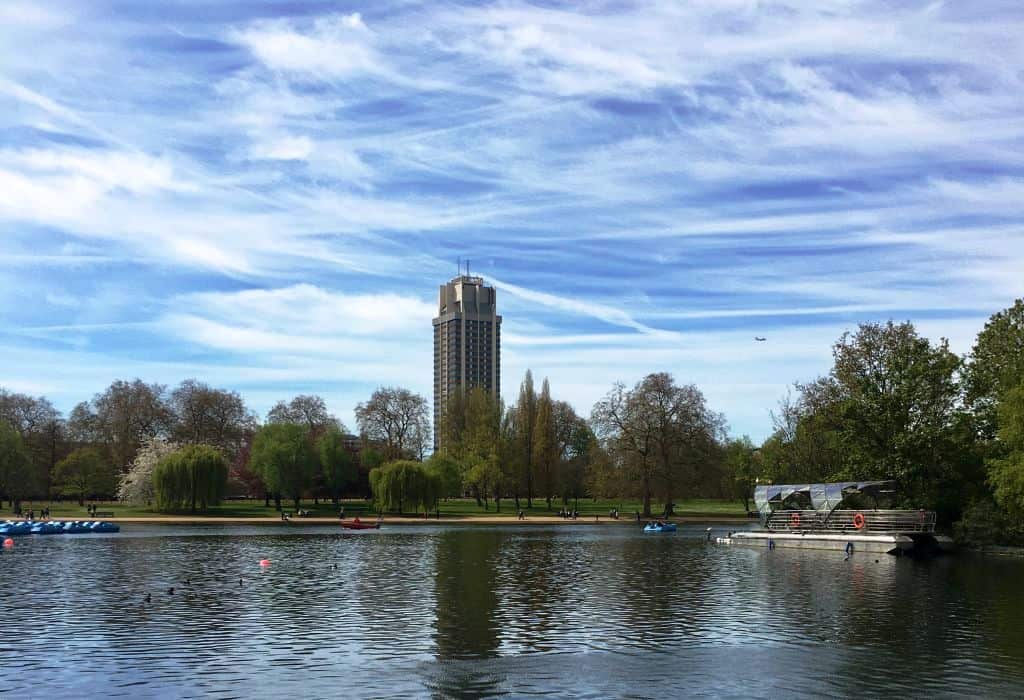 The best place to be is Zadar, Croatia. It’s a budget-friendly destination, and with many low-cost carriers landing in the local airport you can get flights from as little as €20 in May. Zadar is the second largest city in Dalmatia, and one of the oldest continuously inhabited cities in Europe, and while the weather is not yet warm enough to enjoy swimming, no one is at the beaches, so you can laze about in the warm sunshine and read a book in total peace. Zadar has many Roman ruins, endless coffee shops and a stack of museums it is also home to the magic that is the Sea Organ, a mesmerising organ which plays music from the waves lapping against the shore.

Contributed by Sj Begonja of Chasing the Donkey blog. 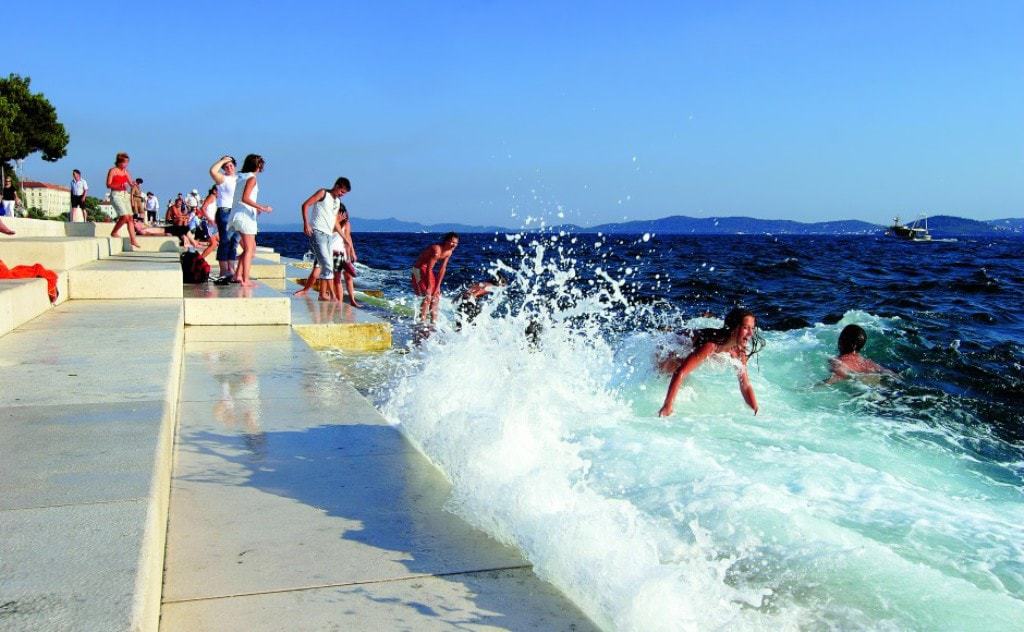 Mallorca in May? Just a quick flight over from Barcelona, and you’ll fall in love with the largest of the sunny Balearic islands off the coast of Spain for several reasons. Most importantly, you’ll be there ahead of the maddening summer crowds. Go off the beaten path away from the northern beach towns and discover sleepy little calas, back roads lined with stone walls leading to Roman and Bronze Age ruins, and strategically located towers used to warn against approaching pirates and invaders.
Sample Herbes de Mallorca, the unique herbal liqueur with notes of anise, rosemary and lemon verbena. Enjoy world-class gastronomy and pristine beaches, serpentine roads yielding breathtaking mountain scenery, and historic sanctuaries dating from the middle ages. Relax in the beautiful sunny weather, secure in the knowledge that you’re in on the secret to having an authentic experience. Mallorca is way better in the off season!
Click here for more things to do in Mallorca.
Contributed by Betsy of Passing Through blog. 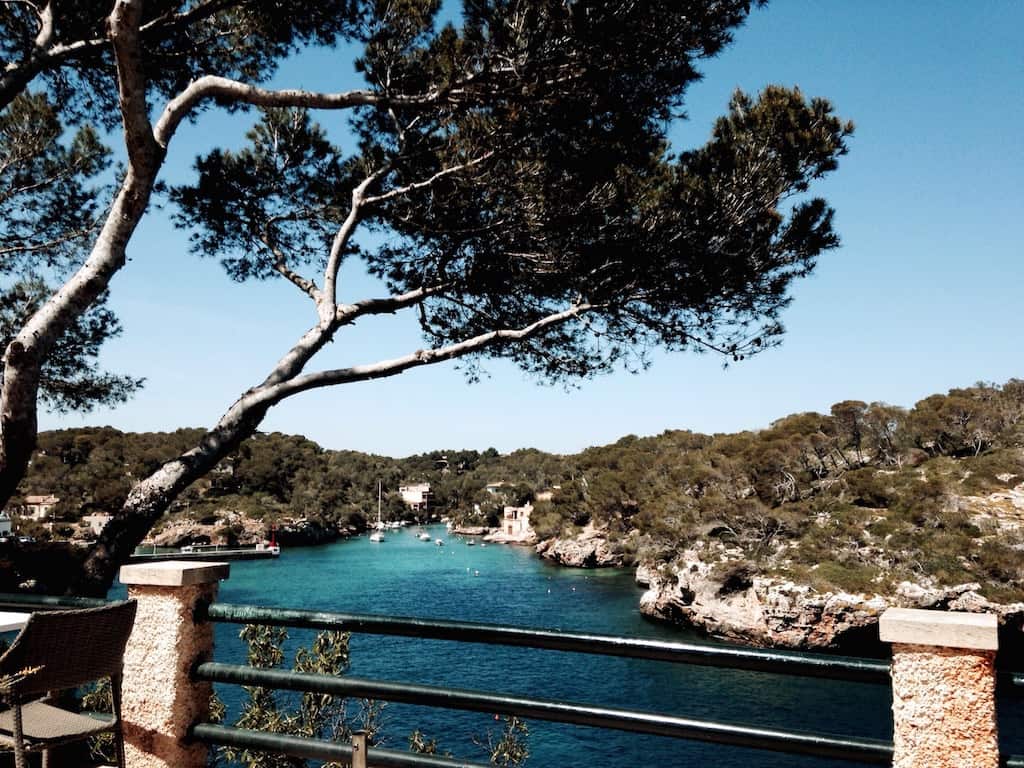 The Cannes Film Festival is the most prestigious film festival of the film industry. It takes place in the second half of May in the French Riviera. This year the festival will take place between 17th and 28th of May. Some of the biggest movie stars, top models and billionaires arrive in Cannes to show up on the red carpet and attend glamorous parties.

There are movie screenings on the beach for the public and great parties every night for celebrities and the public. Giant yachts are docked at the port, and these boats often host parties with stars. Visitors can spot celebrities in the hotels, restaurants or on the famous Croisette (the main boulevard of Cannes). This is certainly the most exciting week of the year in Cannes for filmmakers and tourists alike.

Contributed by Barbara of Jet-Settera blog. 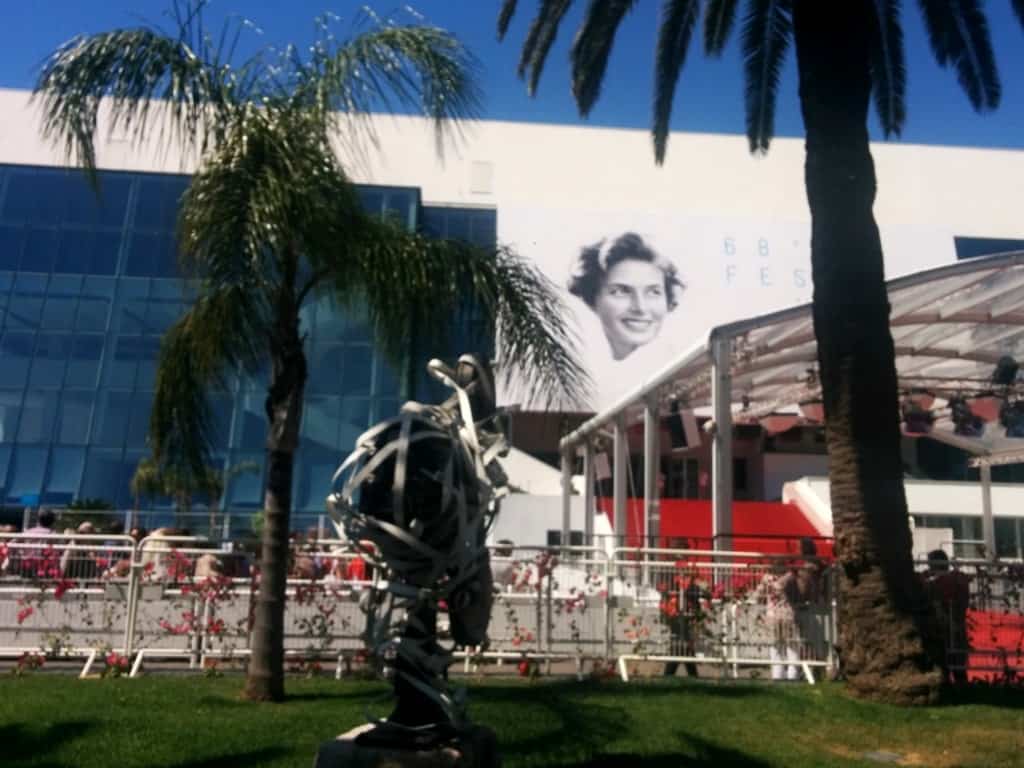 Weather in Austin during the month of May is perfect for enjoying all the outdoor activities that make Austin an amazing place. Most of the time, the high temperatures will be in the mid-eighties (Fahrenheit), making it warm enough to enjoy going for a swim, but not unbearably hot as it will tend to get in the middle of summer.
​
In May, you will be able to catch the hundreds of thousands of bats flying out of Congress, something that only happens during the summer.  Just south of downtown is Barton Springs, a swimming pool fed by natural springs. Austin is very well known for the great barbeque and tacos, and May provides the best weather to dine out on the patio of most restaurants. For a Tex-Mex dinner and a view of the sunset over Lake Travis, head to The Oasis. If you enjoy the nightlife, you will be able to check out what 6th Street has to offer without sweating profusely. If you are going to head to Austin, May really is an amazing time of year to be here.
Contributed by Dan Bagby of Honeymoon Always blog. 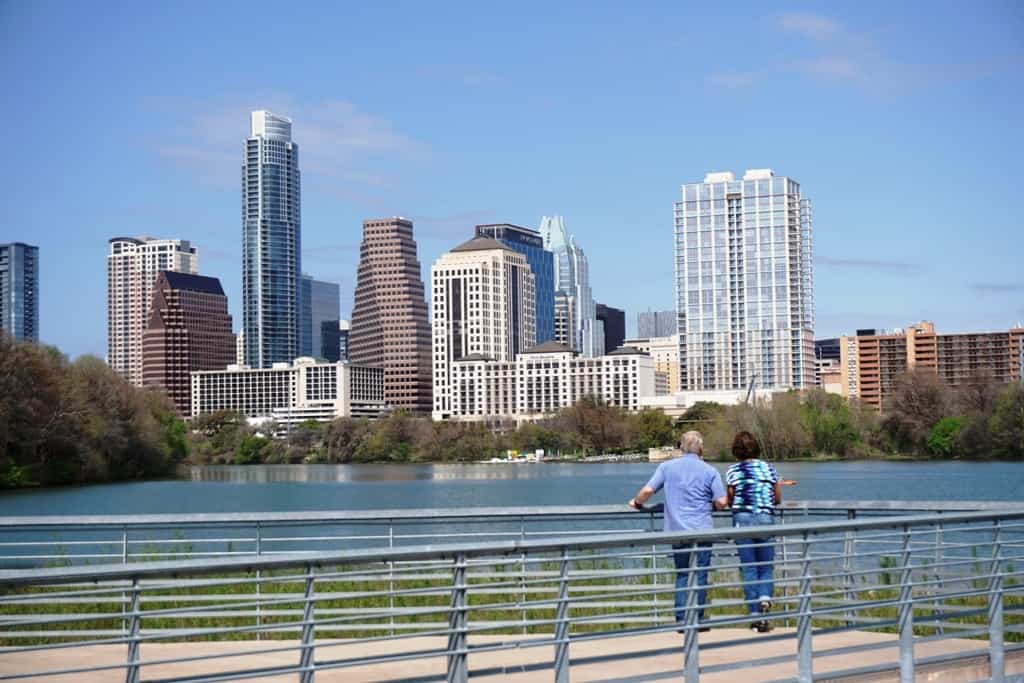 May is one of the best times to go to Nicaragua – the tourist rush that is December through April has finally begun to die down, but it hasn’t fully entered the rainy season the way it will later in the summer. Tourists will be sparser so you don’t have to worry about booking accommodations ahead of time, and you’ll get better deals on tours and other fun things to do in Nicaragua. You may experience an occasional rain shower, but it’ll be a welcome break from those hot city days in León or Granada, trust me! Even better for the surf enthusiasts who flock to Nicaragua’s Pacific coast – the waves there are supposedly the best in May of the entire year! 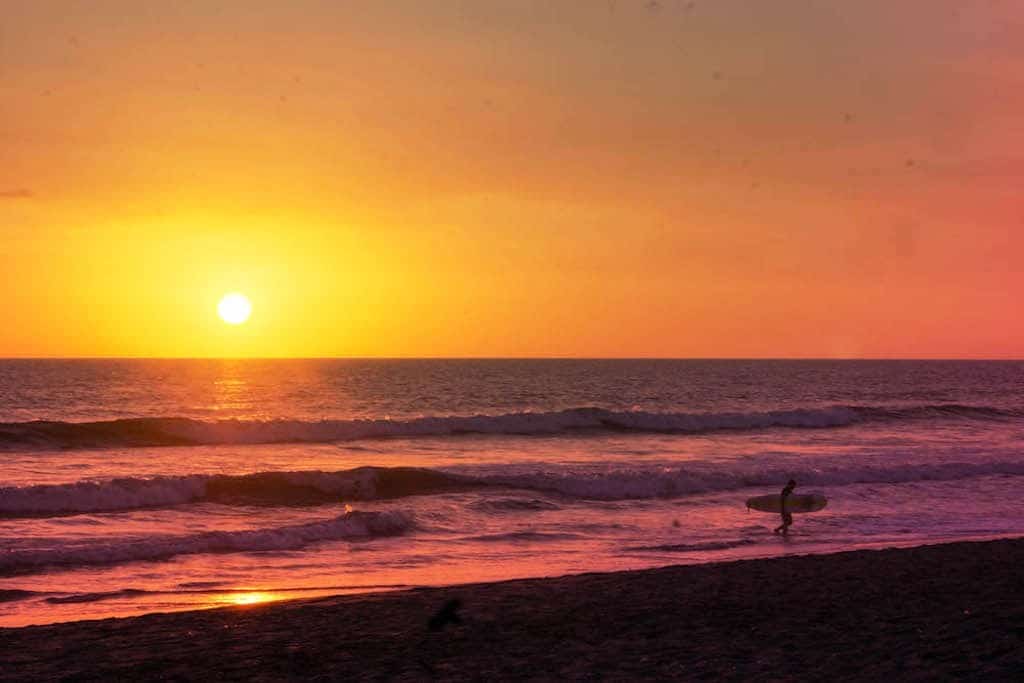 The province of Krabi, Thailand is most recognizable for its breathtaking limestone cliffs that descend into the turquoise blue water.  The sea is dotted with the unique longtail motorboats used by fishermen and to ferry tourists and locals between the pristine beaches.  Krabi, just a skip and hop from better known Phuket is serene in contrast to Phuket’s brash character.  It is also the setting where Leonardo di Caprio’s film “The Beach” was set. If you come in May, you will just be sneaking in before the wet season hits the Andaman Coast.  The great thing about the Thai southern beaches is that when it is the wet season on one coast, it is the best time of year on the other coast.  Don’t just stick to Krabi Town when visiting the area, get out to the smaller islands.

The secret has long been out in this area, so don’t expect to have the beaches to yourself.  If you want to see the movie location, you will want to visit Koh Phi Phi, which has been completely rebuilt since the 2004 tsunami.  Railay Beach, accessible only by boat offers a more relaxed beach vibe and climbers flock to these cliffs.  Koh Lanta is another place you could easily spend a week.  If you want the beach to yourself, head to Koh Jum, the least developed island in the area.  Whichever you choose, the beaches and islands around Krabi, Thailand will you leave you relaxed and wanting more.

Contributed by Dawn of 5 Lost Together blog.

If you like adventure, you can also trek between different valleys, go skiing or even white water rafting. We love exploring far off villages in the Himalayas and our favorite one is Tosh. A trip to the Himalayas is sure to leave you spiritually cleaned. After all, even the Dalai Lama lives here.

Contributed by Sonal and Sandro of Drifter Planet blog. 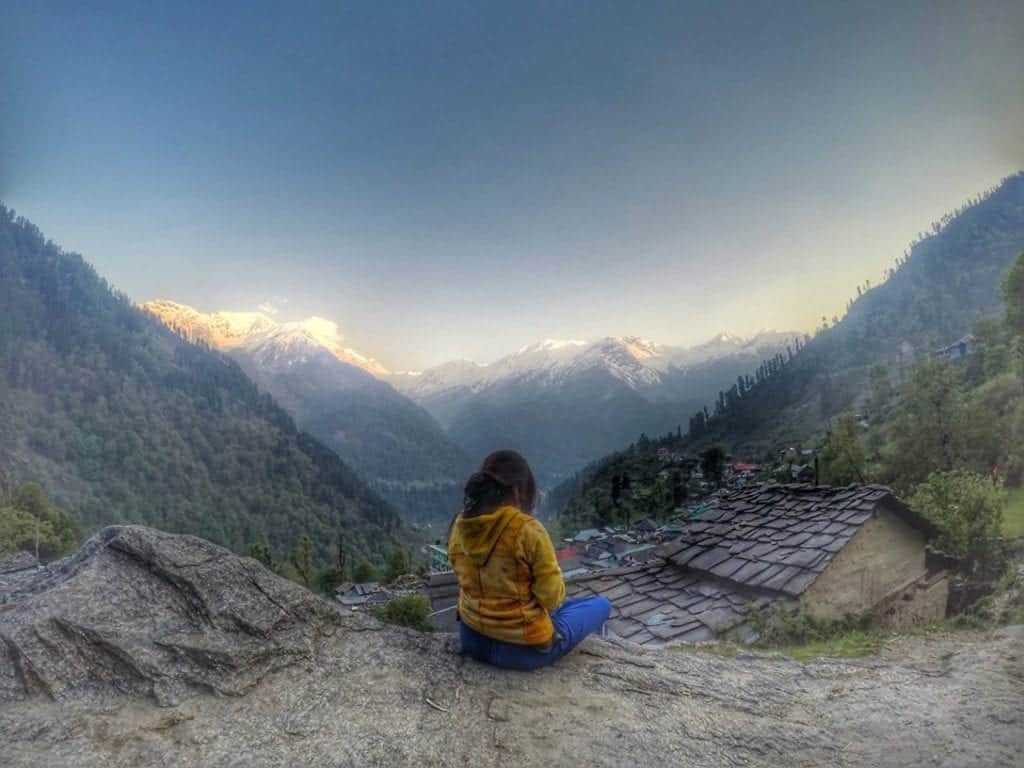 Located in the countryside of Korea, Gokseong is a tiny town that normally sees few people outside of the locals. However, during May its tiny train village is suddenly bursting with visitors from around the country. The normally bare 1004 Rose Park is full of roses in full bloom, and you can walk around and enjoy all the colorful views. They divide the park into love, dream, and scent (see if you can find the “hugging and kissing” area!). While you’re there, you can also check out the rest of the train village outside of the rose garden.
While the festival celebrating the roses runs for a little more than a week, you can still catch the roses in the week leading up and the week after and avoid most of the crowds.
Contributed by Samantha from There She Goes Again blog. 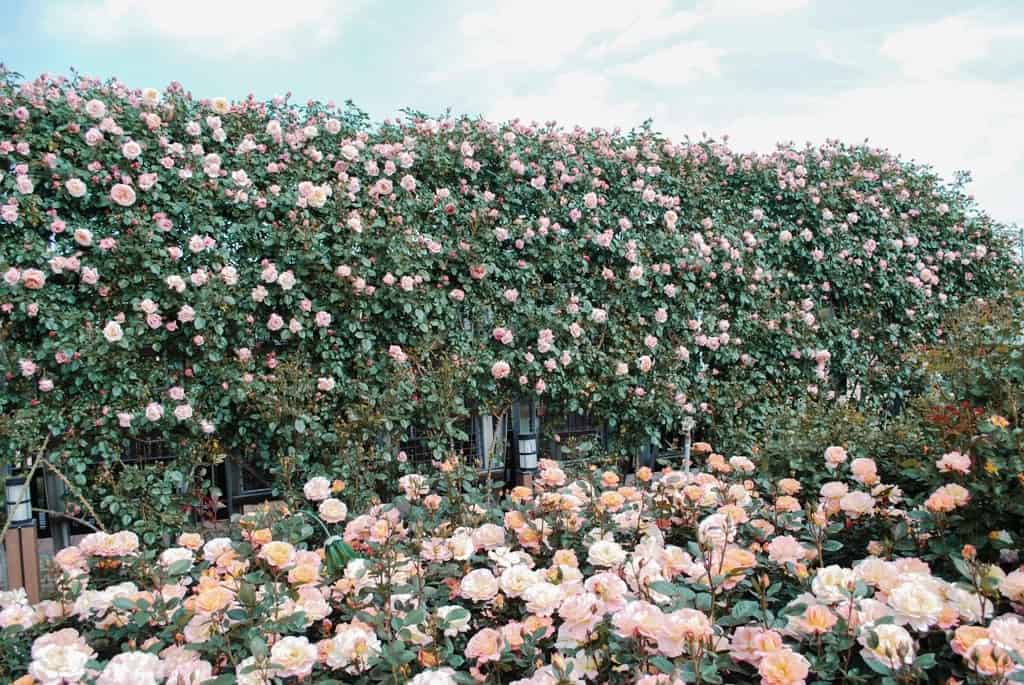 May is a beautiful time to visit Japan but in particular Kyoto. Kyoto is the historic and cultural centre of Japan and the place where Japanese will regularly visit for their own holidays. Usually during March and April and often into May (depending on the weather) is the cherry blossom season known locally at sakura.

This is by far the best time to be in Japan as the sight is magnificent.You are able to find a cherry blossom forecast which will tell you when it’s likely they will be in full bloom so that you don’t miss it. This year it was early, it began on the 29th of March and the full bloom was around the 4th of April. May is the best time to visit as the trees as still in bloom, it is less busy and it is not as hot as it is during summer.

Contributed by Sally from Our 3 Kids vs the World blog. 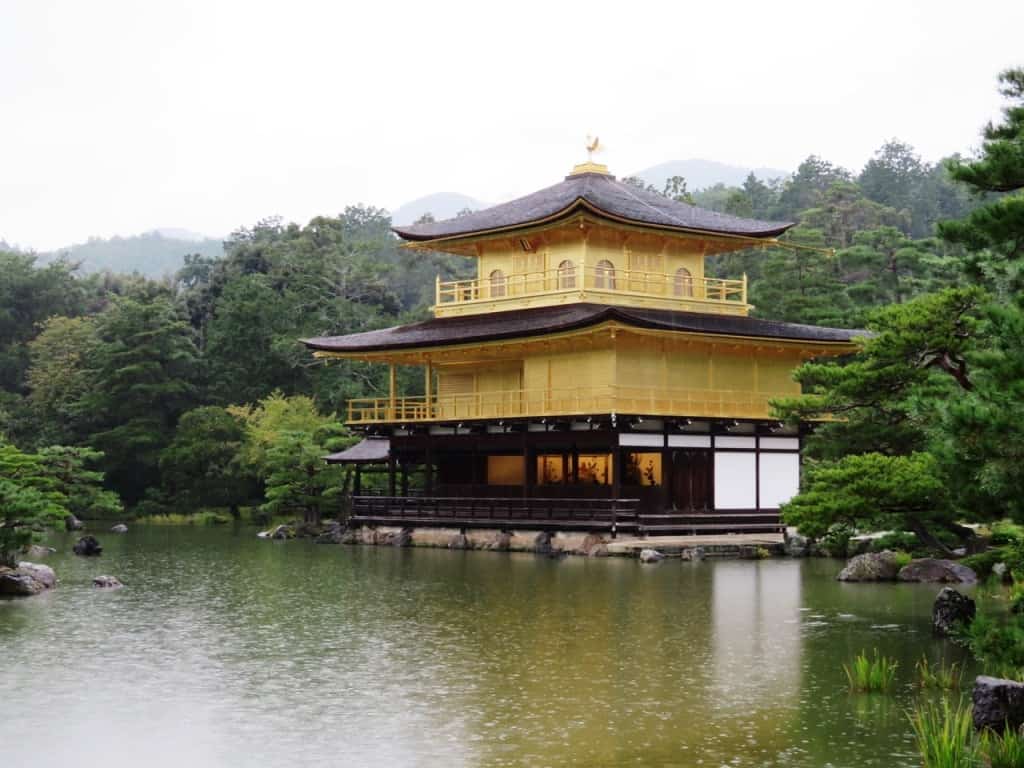 Are you planning to visit any of those places in May? Do you have other places to suggest? 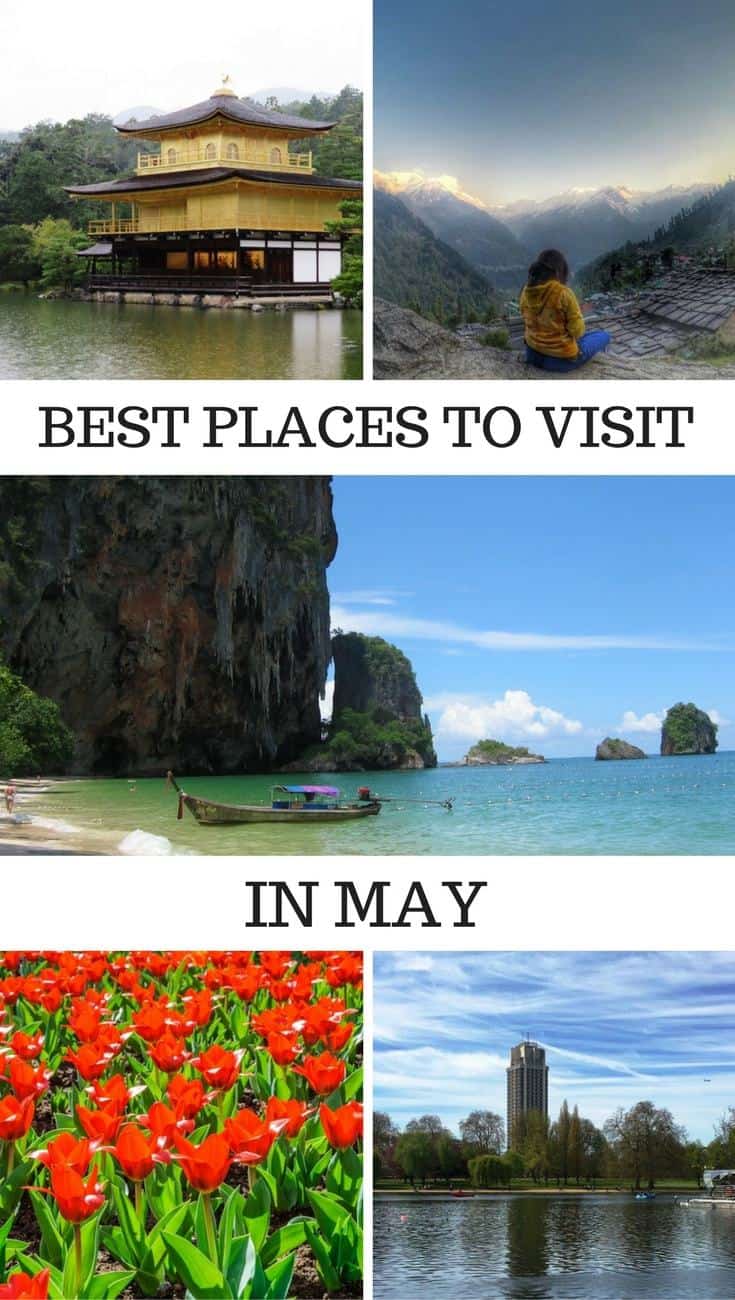