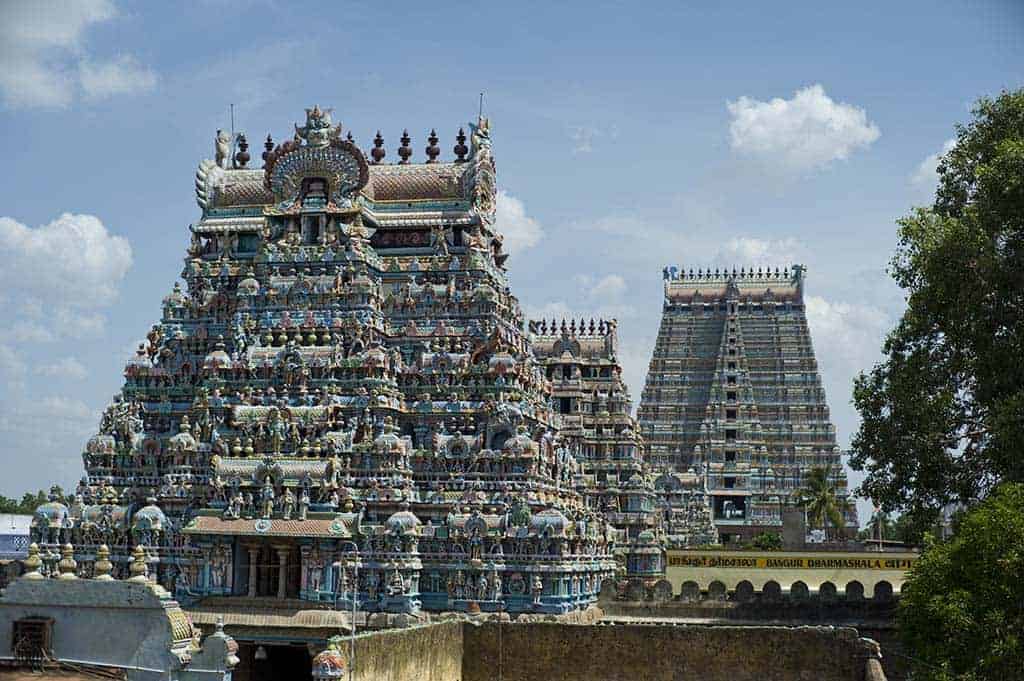 It is not just the existence of a plethora of grandeur Temples here but also the enormous spirituality attached to these grand structures. These temples stand out as the epitome of outstanding Indian architecture and artwork.

Tamil Nadu has seen rising of many royal empires and each one of them; The Cholas, The Sangams, The Pallavas, The Nayakas have left their imprints on the state in the form of these regal buildings constructed by them.

All of these temples in Tamil Nadu have this exquisite interior, excellent sculptures, marvelous artwork which acquaints you with the magnificent creativity of the bygone era. Sanctified with more than 30000 temples, the state undoubtedly becomes the Temple Land of India. This is a great delight for those wanderers who want to have a plunge into the ancient and medieval history of mankind.

Well, now the question stands that how you are going to make the best out of your short journey to this appalling land. Now, for that, you certainly need to be selective and cut short your itinerary to some really significant spots that give you a sheer insight into the grandeur of the state.

This splendid structure stands out to speak of the majestic opulence of the Chola Dynasty. Its history dates back to 1010 AD when this epic structure was constructed by Rajaraja Chola I.

The temple is 216 ft. tall surmounted by huge towers from all sides. It is the enormity of the temple that separates it from others.  Talk a walk into the temple and your eyes would meet exquisite paintings and wondrous sculptures that would actually talk to you of the grandeur of those times.

Its smart construction and design leave even the modern architects in astonishment. It has been ranked as one of the most historically significant UNESCO World Heritage Sites.

The temple built in reverence of Lord Shiva and offers solace to Lakhs of tourists paying a visit here every year.

Read also about the temples in Varanasi.

This esteemed structure worships Lord Shiva as Sundareswarar and his consort, Goddess Parvati in the form of Meenakshi. This pristine building was constructed in the early 6th Century which makes it the most ancient among its contemporaries. The temple is situated at the bank of River Vaigai which makes it appear even more fascinating.

The temple has strong religious faith attached to it which says that Lord Shiva danced here which makes it popular all across the country.

Apart from this what primarily draws in tourists here is its colossal structure. The temple is spread across an area of 15 acres which accounts to be the largest for any Indian Temple. Despite being so enormous the beauty here is hidden behind intricacy.

The temple has its own pious significance that stands above all. It is one of the four major Hindu Pilgrimages i.e. The Char Dhams which makes a visit here utmost important. Also, the temple counts among the 12 sacred Jyotirlingas which brings a throng of worshippers every day to the vicinity of the temple.

Though the history of the temple dates back to the time of Ramayana, the present structure is a contribution of The Pandyas Dynasty in the late 12th Century.

The temple is also known for its long corridor festooned with 1000 pillars on each side. Also, it houses the largest statue of Nandi in the entire country which is 6 ft. tall.

Beauty in its grand form and spirituality in its purest form is the unique combination offered by this temple.

Want to have a close connection to the Dravidian form of architecture? Make Ranganathaswamy temple your choice. This temple depicts the intricacy of the Dravidian beauty in its purest form.

The temple constructed in veneration of Lord Vishnu ensconced a beautiful statue of him along with his consort Lakshmi Ji. The temple’s grand structure has 21 gateways in all the directions. The prime among them is Raja Gopuram which is tallest in Asia.

The temple vicinity occupies an area of 160 acres which makes it the largest in India. Its grand structure is enough to abode a town and temple together which is a unique and exotic feature about it. It is the first amongst the 108 ‘Divya Desams’ or holy abodes of Lord Vishnu and this puts it in a position of high devout.  Lakhs of believers visit the temple every year especially during the opportune occasions of Vaikunta Ekadesi.

This esteemed structure was first built in the 11th Century but was remodeled by all the major empires reigning over Tamil Nadu. This gave the temple its unique design and style.

It worships Lord Shiva in his most fascinating and intriguing form i.e. of a Cosmic Dancer, “The Nataraja”.  The statue of Lord Shiva in Ananda Tandava posture leaves the onlookers spellbound. This is one of the primary Bharatanatyam postures

Also, this temple is among the five prime Shiva temples, the Panch Bhootha Sthalas and worships the element of Sky. Lord Shiva here is worshipped along with deity Sivakamasundari which gives it a unique touch of Shaivism and Vaishnavism at the same time which is a rare delight to encounter.

Author’s Bio: Rohit is a travel lover and explores different places. He has been blessed with an amazing style of writing which he wisely uses along with relevant and exact sources of information. He shares all his travel stories and experience with everyone. His Guides at Transindiatravel.com act as a reliable source for tourists all across the world.