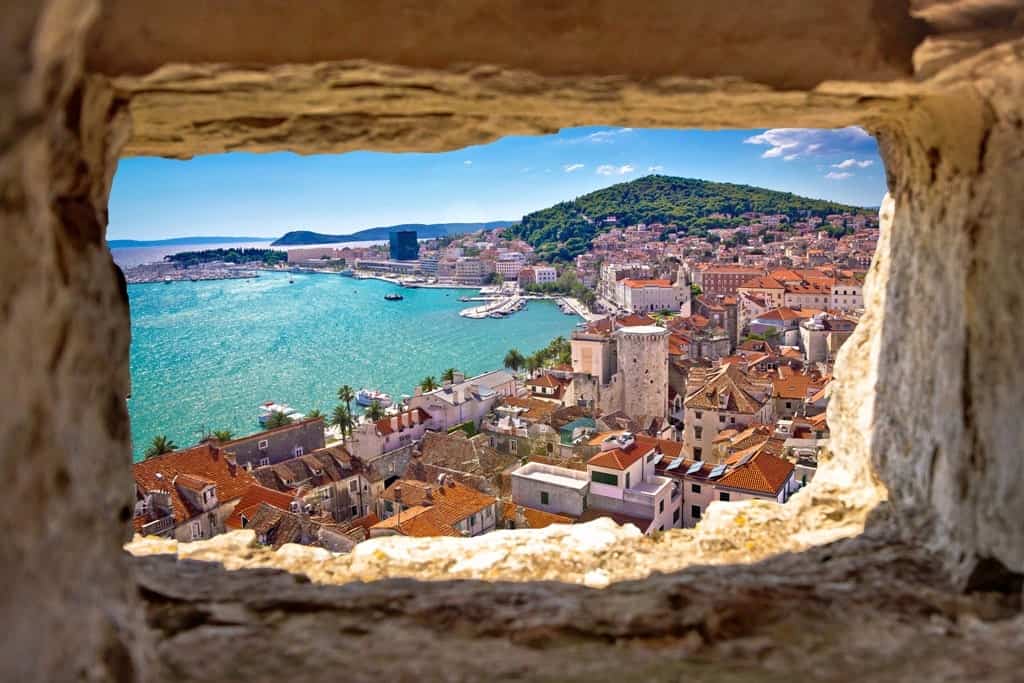 With any cold or unsettled weather a thing of the past, the month of June is a great time to getaway. The main holiday crowds are yet to gather with school holidays still some weeks away.  June is a month where there are unlikely to be long queues, and flight prices have yet to hit the summer peaks.

Beach resorts are popular throughout the Mediterranean but there are many June holiday destinations in Europe that offer something a little different from sand and a suntan. Here are some ideas of places and activities to consider while still leaving yourself plenty of holiday entitlement to get away a little later in the year.

Please note a lot of the below events have been canceled or might be canceled due to the COVID 19.

Best places to go in Europe in June 2021

England for the Glastonbury Festival – CANCELED

Having said you can avoid the crowds in June, one place where that will not be the case is at the annual Glastonbury Festival where today’s crowds are likely to reach 175,000. The Festival near Pilton in Somerset was first held back in 1970 and spectators can enjoy 5 days of some of the biggest names in entertainment.

The programme is advertised in advance to allow everyone to plan their time. The Festival involves far more than performing musicians with comedy, theatre, cabaret, and general arts all involved. Glastonbury has become the biggest greenfield festival in the world, a real experience for everyone who attends.

The Summer Solstice, the longest day, is one of the few occasions when English Heritage allows people close to the Neolithic Stones, a real ancient monument. Sunrise occurs just before 0500 and everyone has their fingers crossed that it is a clear day. The crowd is silent but cheers erupt as the sun appears.

There can be anything up to 10,000 there to greet the sunrise. Further north at the Pole, there is 24 hours of daylight but at Stonehenge, it will be just over 16.5 hours.  The Solstice happens when the sun reaches the highest point in the sky. Among the crowds are ordinary people but there are also New Age ‘’tribes’’, neo-pagans and neo-druids for whom the event has real spiritual significance.

Torino, Italy for the Holi Fusion

The Holi Festival’s origins are Hindu, the Spring Festival with emphasis on color, and an event held in Torino will be some party. When you are thinking about where to go to Europe in June, Italy is certainly a place to consider. This Festival will take place on a single day with two stages for performers and a dance area large enough for 15,000.

The message is one of tolerance and love with the Hindu message spreading beyond India’s borders. Be prepared to be covered in colored powder while you enjoy the entertainment. You should be there the previous day to see the pyres burning effigies of the evil Holika from Hindu mythology. Once the Festival is finished, Torino offers some other tourist treats including the lovely Piazzas and Museums, not to mention the cuisine.

Krakow, Poland for the Lajkonik Festival

Lajkonik is a figure from folklore, a Tartar in Mongolian clothing who represents the invader. He is the symbol of the stunning Polish City of Krakow where there is much to see and do when visiting the annual Festival. Lajkonik rides a hobby horse and many locals join in, some on real horses.

There is a huge street parade in the centre with events continuing late into the night in celebration of Krakow’s victory over the Tartars. Krakow is a hugely impressive city with well-preserved architecture and the atmosphere created recalls the Middle Ages. While in Krakow, you should make the short trip to Auschwitz, the former concentration camp, and the stunning Salt Museum in a working mine at Wieliczka.

On Trinity Sunday each year, Mons in South Central Belgium has a ‘’village fair’’ which is known for the struggle between St.George and the Dragon. It takes place in the central square and plays a part in a huge procession in the centre of the town that represents the descent of the shrine.

The event is many centuries old and thousands gather each year to enjoy the celebrations. Earlier in the day, the celebrations start at the St. Waudru Collegiate Church where the Saint’s shrine is located. She is said to have saved the local population from plaque in the 14th Century and relics of the Saint placed on a decorated cart play a role in the procession.

Check out my post: Things to do in Mons.

Team sport has not always been as organised as it is today. An early form of a combination of football and rugby was played in Florence in the 16th Century and it is still alive today, with four teams competing. Calcio Fiorentino, in fact, might have been inspired by the Roman game, harpastum.

It was originally played only by aristocrats, one reason why its popularity faded. However, it was revived in the 1930s by the order of Mussolini and this time it was played in the streets by ordinary people. The current event has two semi-finals with the sides coming from the four quarters of the City, Santa Croce,  Santa Maria Novella, Santo Spirito and San Giovanni.

If you attend the two semi-finals, you will have a wait before the final the following week. However, Florence is one of the best places to visit in Europe in June with its many treasures so if you have the time to wait for the final, you will have plenty of occupy yourself.

Check out how to spend 4 days in Florence and Tuscany here.

You have probably all heard of the city Pisa, in Italy. Well, this city is our next location where you can find a very popular event called Luminara di Saint Ranieri which takes place on June 16. On this evening, over 70,000 candles that are inside a container lid up, so people can watch as they lighten up the city.

The next day is reserved for celebrating the patron saint of Pisa, by rowing against the current. There are four teams (boats) that are facing the 1,500 meter stretch of Arno river. The first place doesn’t go to the first boat that reaches the finish line but to the most capable team.

After the race, you can go ahead to the Tower of Pisa and try to take those legendary and creative photos. Isn’t this a perfect way to spend your weekend?

When it comes to places to travel in Europe in June, the Greek Islands make a compelling case. The Aegean Sea as a whole offers huge variety; countless islands, wonderful cuisine and a settled climate come June with ever-warming seas and plenty of sunshine.

You can choose to set out from Athens to the places like Poros, Hydra or Kythnos, or travel directly to the largest of the islands, Crete. Several of the islands have direct international flights, including Kos and Rhodes close to the Turkish Coast. A great way to enjoy the Greek Islands is to cruise throughout the Aegean.

If you are an experienced sailor, you might want to simply hire a yacht although having an experienced crew looking after your every need has some definite advantages.

Croatia’s Dalmatian Coast on the Adriatic centres on the city of Split with its many UNESCO World Heritage sites; its popularity with the Romans creates part of its rich history. It is a lovely stretch of water with numerous islands and its popularity with tourists had led to the development of a number of resorts.

South of Split there are the resort towns of Brela, Zivogosce, and Tucepi as typical examples. The offshore islands where you can take day trips include Hvar and Brac which are famous for their lovely restaurants and their tourist infrastructure in general.

A few days away in June provides the chance to recharge your batteries and possibly enjoy one of Europe’s unique annual events. Whether your interest is music, history, culture or sport, you can see from the ideas discussed above that there is something for you. If you are undecided between ideas, pick one and remember the others for another year.

Where to travel in Europe in August 2021.

Where to travel in Europe in September 2021.