Many people flock to Venice each year to experience the canals and bridges. With many names such as the “City of Bridges”, “City of Masks”, and “City of Canals”, it’s not hard to see why Venice is such a popular tourist destination. However, with over 60,000 tourists milling around the city each day, it can get claustrophobic and difficult to enjoy the city. But fear not, because there are many gorgeous day trip option from this great water city for you to make an escape. Here, I am going to introduce you to my top 4:

The best day trips from Venice 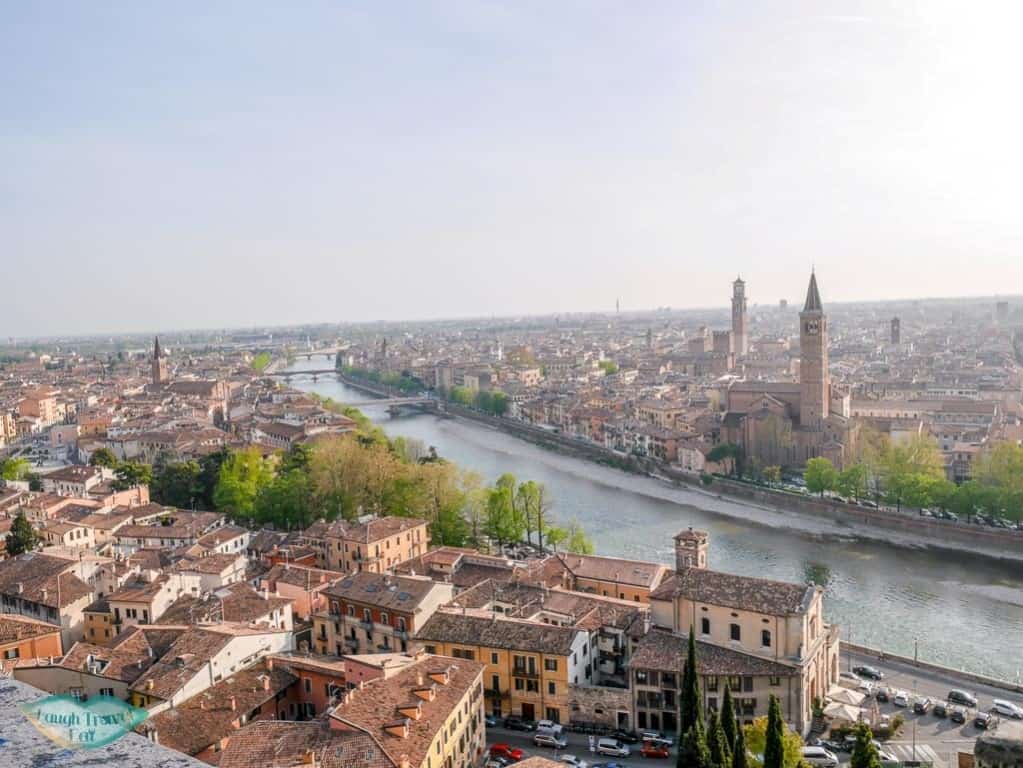 The City of Love, Verona is best known as the setting of Shakespeare’s tragic play Romeo and Juliet. Only an hour or two by train from Venice, Verona’s train station Porta Nuova is only a twenty minutes’ walk from the historic center.

You can spend the day chasing Romeo and Juliet’s literature footsteps. Some of you might have watched the movie Letters to Juliet, and it’s my pleasure to tell you that Club di Giulietta really do exist. Run by a group of volunteers in the heart of the old town, you can visit and drop off a letter for one of the Juliet’s Secretary to reply.

The most famous spot is doubtlessly Juliet’s House. It is believed that if you rub the right breast of Juliet’s statue you’ll find fortune in love. For the more dedicated fans, you can also visit Juliet’s tomb just outside of the old town in the Fresco Museum. Many famous poets and writers had also made this pilgrimage since reading Shakespeare’s play.

If you are not a fan of the tragic lovestory, there are also plenty to see such as the Roman history of the city. The ancient Roman Amphitheater still holds plays and concerts, and there’s no shortage of ancient gates and churches around. If those are too mainstream for you, there’s also some hidden gems in Verona that I had discovered during my month-long stay there as Juliet’s Secretary. The most unmissable spot is Castiel San Pietro for sunset!

Technically the three islands belong in the Municipal of Venice, however, it wouldn’t be a post on day trip from Venice without mentioning them. You can take public ferry from Venice or join a group tour to the three islands, each famous for something. Murano is known as the city of glass, there is also a gorgeous round Byzantine Church to visit. Burano is officially the city of lace, however, it is more well-known for the colourful houses. As for Torcello, it was actually the original settlement of the Venetians, however, due to a plague, they abandoned it and moved to the current mainland. There are less than 10 people living there but the island is well worth visiting to see the Cathedral of Santa Maria Assunta. Inside is a golden mosaic of the Last Judgement from the Byzantine era. There is also a parapetless bridge on Torcello, one of the only three in the whole of Venice.

Between Verona and Venice lies the university town Padua and a big train stop between the two. The University of Padua is one of the most historic academy in the world where the astronomer Galileo was a lecturer. Despite having some of the best architectural gems I’ve seen, it is less well visited by tourists. An example is Prato della Valle, one of the largest public square in Europe, with a small canal and stunning statues. Another star attraction is the UNESCO heritage Cappella degli Scrovegni, with it fresco cycle of the Life of Virgin and the Life of Christ,which is a true piece of art. If you like plants, don’t miss the oldest academic botanical garden that had been running since mid-16th century. Again, the train station is only ten minutes or so from the town and you can still find many traces of Veneto Republic’s rule here.

Slightly further afield is the secret town of castle Mantua. You would have to change trains in Verona, but I assure you it is well worth the extra effort to get to this town. Much smaller than the previous two, it houses three castle and three lakes. So whether you want to discover some more history or enjoy the nature, you can get the best of both world there. The latest Romeo and Juliet movie adaptation had shoot some of the scenes here (as well as Padua), with the Room of Giants in Palazzo Te being particularly memorable. A room with rounded corners making one seamless canvas, the Greek mythology of the fall of Giants was painted in exquisite detail. Another beautiful artwork is the Parthenon at Castello di San Girogio, with the ceiling fresco depicting the Pantheon in Rome with angles looking down.

Nam Cheah is a third culture millennial who spent half her life in Hong Kong and the other half in UK. Planning to make the most out of life, she documents her passion to laugh, travel and eat on her suitably named blog: Laugh, Travel, Eat. When she’s not doing any of that, she’s either catching up on TV while online shopping or writing her novels.