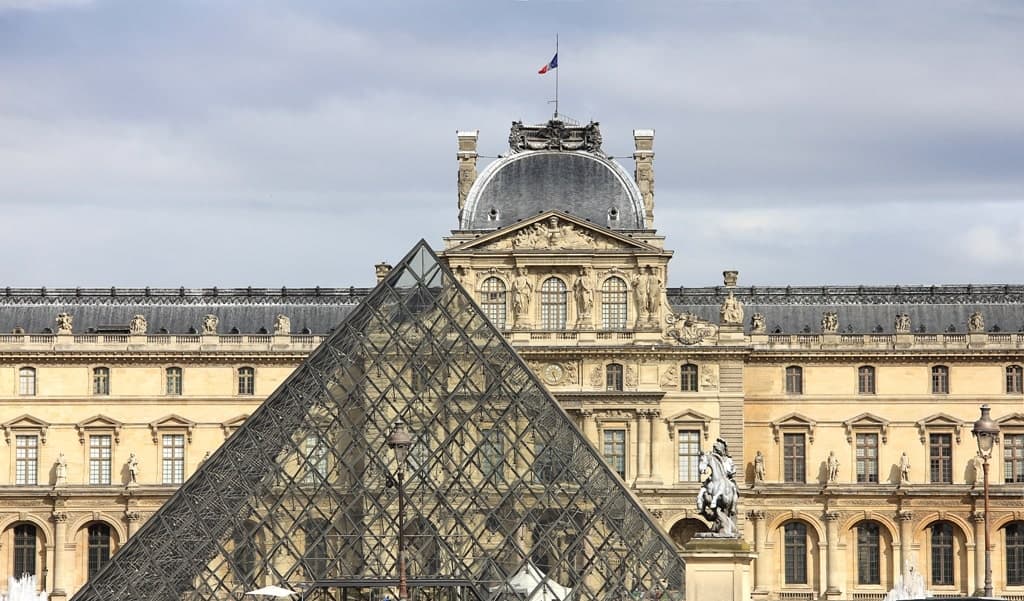 Paris is a magical city. I was enchanted by the classic sites- Notre Dame, the Louvre, and of course the Eiffel Tower. But this is a city with a fascinatingly complex personality. There are many versions of Paris, which a local can illuminate. Here are some fabulous  private tours to introduce you to Paris’ cultural, historic, gastronomic, and  secrets. These tours are also a fantastic way to meet Parisians, the best part of the experience.

We started our tours in Paris on a light note, but make no mistake – fashion and the lives of its creators is an essential part of Paris’ history. Paris is synonymous with style – not mere fashion or trends, but an indefinable, effortless flair for creating a chic persona.

A trip to Paris would be incomplete without a some insight into this defining characteristic of the city. On a walking tour of the chicest districts for boutiques and houses of fashion, we learned what defines Haute Couture. We also learned the personal stories of the larger than life personalities who shaped the Paris fashion scene, and how Paris came to be the definitive word in fashion, worldwide.

Of course, our guide was a charming real-life Paris fashionista, who knew the best local boutiques, jewelry shops, and – best of all – the inside stories. Visiting the Rue Saint-Honoré and the Place Vendôme with a local was a truly magical experience, a door to a secret – and enormously chic – world.

You might also want to check my 7-day Paris itinerary.

Did you perhaps see the film Midnight in Paris? In this wonderful fantasy, a contemporary romantic is transported to the Paris of the 1920’s. The city of lights then was a refuge for a generation of American literary figures in self-imposed exile, Hemingway famously among them. Additionally, we heard the stories of James Joyce, Oscar Wilde, Jack Kerouac, and others, and also of the great French literary figures Victor Hugo and of course Voltaire, a great figure of the enlightenment.

Learning about Paris as a literary and intellectual center throughout the centuries was thrilling, and more thrilling still were the fascinating tales of personal lives and loves of these literary figures. The Boulevarde Saint Germain was illuminated with tales of the past.

3. Paris History of Cinema Tour: Birth and Evolution of the 7th Art.

Could there be a more cinematic city than Paris? Not only does it look like a film set, but Paris was central to the development of the art of cinema. Film buffs will love a tour of the History of Cinema in Paris. Our exploration of 120 years of film history, from the dawn of the art of cinema through its golden age, we visited landmark destinations in Paris and saw them with a fresh eye. The Grands Boulevards, Place Vendôme, Opéra, the Champs Elysées,  the Place de la Concorde, and – naturally! – the Eiffel Tower came to life. These locations in the development of the cinema, and settings of some of the most famous films of all time, were illuminated with stories of the great figures and events in this truly “behind the scenes” look at Paris.

4. Walk on the Dark Side of Paris: Night Tour

Without darkness, there can be no light – Paris’ mysterious side gave us chills and thrills on a Paris Night Tour. This city is full of intrigue. The cast of characters included familiar parties- the ancient alchemists, the Knights Templar, Marie Antoinette – and stories we had never heard before. Our guide was a professional storyteller, and brought the tales vividly to life. Throughout the tour, the dark romance of beautifully illuminated Paris enchanted us as we heard the eerie tales.

It was inspiring to learn the tales of heroism of the brave men and women of the French resistance.  We also got a clearer picture of the daily life of Parisians under the occupation – the rationing, the curfews – the feeling of not being free in your own city.

We experienced some of Paris’ very darkest hours and its most shining moments. We started in the Marais – Paris’ Jewish quarter – where we learned about the deportations – and visited the Wall of the Righteous and the Holocaust Museum. We also saw the sites of famous battles, like at Notre Dame and the Conciergerie, artillery damage included. Stories of the real-life Monuments Men, who saved Europe’s cultural treasures from the Nazis, added yet another dimension.

Then, most shocking of all, we imagined the unimaginable – a world without Paris! We learned the details of how Hitler had planned to have it destroyed completely in the occupations final days, and the Allies saved it just in time.

6. Play Pétanque in Paris with the Locals

We love history, but we wanted some experience of contemporary everyday life – Parisian everyday life, that is. So went to a park to try our hand at this beloved and social urban sport – pétanque.

It’s one thing to visit the lovely Palais Royal and see it as a tourist, and quite another to experience the park as locals do: with a game of pétanque, and a pastis. This civilized game of rolling balls in a groomed court is wonderful social activity. And although it needs far more than an afternoon to master it, it requires no unusual skills and I was able to to enjoy playing almost immediately. Our tour included a drink; after the ultimate Parisian game, you need the ultimate Parisian aperitif- a fragrant cloudy pastis. Our guide rounded out this fun local experience with a tour of the Palais Royal and interesting anecdotes that truly brought the place to life.

We were curious to learn more about this most famous of Queens. As we would have hoped, she was a more complex personality than the quotes attributed to her indicate. We learned of the whole of her Parisian life, from her arrival at age 14 (!), to her famously dramatic downfall and execution. And we also learned about the fascinating culture and customs of 18th-century court life. Amid the drama, there were also some glittering  highlights, including the fashions of the time, and Marie Antoinette’s role as a fashion icon. We ended sharing the indulgence of this famously indulgent queen, with a slice of her favorite cake and a chat with our guide.

Of course, the story of Marie Antoinette made us even more eager for some insight into this dramatic period of history that played itself out in the streets of Paris.
On our tour through Saint-Germain-des-Prés we stopped at the Eglise Saint Sulpice and learned how the revolutionary spirit took hold. On our walk, we learned about the famous figures of the revolution, like Marat, Desmoulins, Danton, and of course Robespierre and explored Paris’ oldest cafe, where they plotted the course of the revolution. Tales of a dark prophecy and of a murder mystery followed, but these are a secret that will unfold as the tour progresses.

The history of art and the history of Paris are intertwined. Our visit would not be complete without taking in one of the most famous museums in all the world. But we are not the only ones who think so – the Louvre is unbelievably crowded, with long lines. And once you’re in, it’s vast and daunting to navigate. I found the best way to get the very most out of the experience was in this private after hours tour.

Not only did we not waste any time waiting in line, but we got a thorough orientation – not just of the layout of the museum, but of the history of art itself. Of course, we also saw the highlights and some other less well-known but extremely significant works. We explored in depth works by masters like Caravaggio, da Vinci, Delacroix, and Botticelli, among many others. With new skills in art appreciation, we then set off on our own for an enriching exploration of the rest of the museum.

Is the sensual and scandalous side of Paris legitimate history, you may ask? Oh, absolutely. Amorous liaisons have been an accepted and even essential part of Parisian life. It was fascinating to learn about how this complex world was navigated with elegance. We learned how to recognize a  Maison close, and what the rules were once you were inside, and also what an astonishing number of them were registered in Paris. We also learned about the upper echelons of society, and the lives of the most famous Parisian courtesans. Figures from history and culture joined us – Napoleon Bonaparte, Toulouse Lautrec, and the painters who captured this fascinating part of Parisian life.

I really loved putting myself in the hands of passionate local experts. Their detailed insights, unexpected revelations, and shared secrets brought the city to life so vividly that the city truly becomes a part of me. Each tour was a deeply enriching experience.