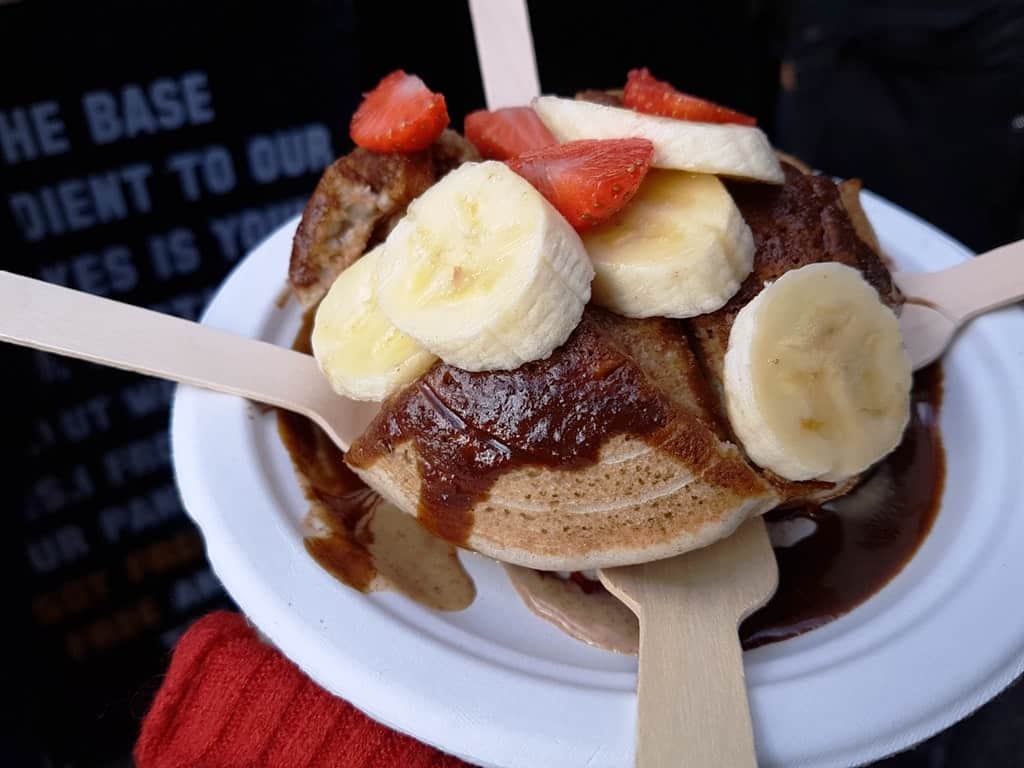 The vibrant neighbourhood of Shoreditch, directly north and east of the City of London, is an exciting multicultural melting pot. Shoreditch lies at the meeting point of the Indian neighbourhoods, the financial district, and Spitalfields, the famous Cockney market. What this gives the area is a mix of high end boutiques, street markets, and enticing aromas from all sorts of shops.

Shoreditch dates back to the Middle Ages, and its history has seen the evolution of London. It borders Bethnal Green, Whitechapel (home of Jack the Ripper murders), and Bishopsgate. While in its early years it was not really part of London, now it is very much in the heart of the city. It has seen a lot of growth as well, gradually shifting from working class Cockney to high end boutiques and food.

The history of Shoreditch spans all sorts of industries, including theatre. Today, London’s West End is the place to go for theatre, but during the 16th century, the first theatres were here in Shoreditch. Some of Shakespeare’s plays were first staged here! In the 19th and 20th centuries, the East End rivalled the West End in the number of music halls, theatres, and cinemas it had. The Brick Lane Music Hall, which is no longer here, was the place to go!

During the Middle Ages, Shoreditch was synonymous with brothels, pubs, taverns, and prostitution. It was cheap. As such, it attracted a lot of artistic people. As time went on, textile and furniture industries settled here, although following the world wars there were few of them left. There’s still a lot of art in the area; there is a significant amount of street art to look at while you are wandering the narrow streets.

When I was in London recently with my friend Elena, we had the chance to take part on a food tour of Shoreditch, hosted by Secret Food Tours. This Sunday Shoreditch Food Tour took us all over this exciting area and introduced us to a wide variety of the local flavours.

We met our guide, Sharlene, and the rest of the group at the Shoreditch High Street. Many of our group were local Londoners curious about this area, which was interesting! Our first stop was the Sunday market, where we wandered past the stalls looking at the various fruits and vegetables.

Shoreditch is home to a large Bangladeshi community, and Brick Lane is one of the most famous curry streets in the world. The aromas that waft through the street don’t compete with each other though, they complement it. Of course there are a few other excellent food stops here that are not Indian or Bangladeshi influenced, and we definitely got to taste those too.

Our first food stop was at the famous Beigal Bake, a 24-hour bakery that produces the popular salted bagels. They sell nearly 7,000 of them a day! You can choose a variety of options to top your bagel with; Elena and I opted for salted beef with hot mustard and gherkins. There was a vegetarian option too, which was tuna and cream cheese.

The second stop was Osu, a small street vendor that made vegan, gluten-free pancakes. We chose the Cocoa Power pancakes, which are coconut pancakes with cocoa powder, salted caramel, bananas, peanut butter, strawberries, and raw chocolate sauce. All of their ingredients are locally sourced and organic!

Nearby, we visited Dark Sugars Cocoa Production, a famous truffle shop that serves homemade chocolates made from Nigerian cocoa beans. There are many options; we tasted two different varieties.

Next, we went into the Brick Lane Market and visited Roti Roll, a Turkish Indian fusion food stall where we tasted their Main Curry. They allow for three spice levels. Their mild is a garlic and spinach, their medium is chicken tikka masala, and their spicy is mince lamb tandoori. The vegetarian option is paneer tikka masala. All dishes come with saag aloo, homemade coriander roti, sesame seeds and garlic and mint yogurt. It was a very filling portion, so luckily Elena and I shared it!

Of course, after all this food we needed a drink, so we stopped at the Pride of Spitalfields, a famous tavern. It’s a very traditional English pub, complete with a lazy cat, and as we got comfortable in our stools we enjoyed a Truman’s Gunboat black IPA, which was delicious.

Our second to last stop was a long-standing fish n chips shop called Poppies, owned and operated by Pops, who has been selling fish n chips for most of his life! Today his fish is sourced daily by local fishermen, delivered to the shop every morning, and then made to order and handed over in the classic newspaper wrapping.  I am not a fan of fish a chips but this one blew me away! We savoured the hot fried fish and chips, and then headed off to our final stop.

Canteen is a tea shop located inside Spitalfields Market. To cap off our amazing food tour, we enjoyed their English Breakfast tea with a sticky toffee and apple crumble!

I would highly recommend this tour if you’re in London. Food tours are a great way to experience the local flavour of a city, especially as one as old as London. They’re also great for discovering a side of the city you might not otherwise see. Secret Food Tours hosts tours around the globe, in exciting cities like Hong Kong, Barcelona, Madrid, and Rome!

Things to do in Camden Town

What to do in London in winter

Best places to see in Devon