Florence is the capital city of the Italian region situated in the heart of Tuscany. Italy’s best cathedrals, museums and churches are found in the city of Florence as well as many character-filled streets and squares which are made up of beautiful buildings, both traditional and modern shops and cafes. Florence city has so much to see and experience. Are you planning a vacation to Tuscany? Here are some suggestions of the 5 must see attractions while you are in Florence.

Don’t forget to check this one day itinerary to Florence for more ideas. 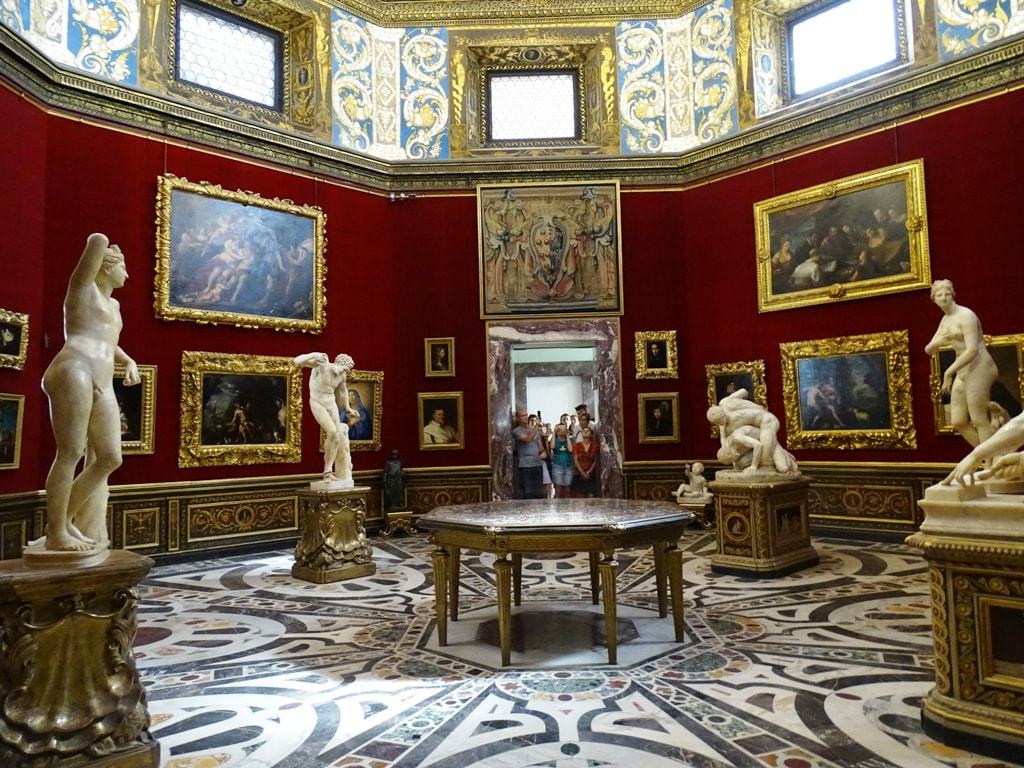 The Uffizi Gallery holds the world’s most valuable collection of paintings. This is the most popular museum in Italy and is often crowded. You can skip the lines at the Uffizi by purchasing tickets in advance. The gallery is made up of an array of antique sculptures and tapestries and many historical paintings from medieval artworks to modern art. Some of the art works visitors can hope to see in this museum include Leonardo da Vinci, Raphael and Botticelli.

Florence’s most popular resident has no appropriate home than in the Accademia museum’s beautiful collection of sculpture. The giant Michelangelo’s David sculpture stands in the Tribunal, a room designed and built purposefully and specifically to house the statue which stood in the Piazza della Signoria, outside Palazzo Vecchio right up to 1873. When approaching the David you pass through a hallway that houses the unfinished sculptures that Michelangelo completed in the earlier part of his life. This magnificent museum attracts a lot of visitors and tourist who don’t want to visit Florence city without going there.

The Florence Cathedral is one of the largest churches in Europe, this beautiful artistic and architectural work attracts a large number of Florence tourist and visitors. The Cathedral was completely covered by colored marbles like the earlier Baptistery. In front of the Cathedral is a Baptistery, built in Romanesque style, with stunning mosaics of the dome. The bell tower remains together with the huge dome, the most striking views of the town.

Ponte Vecchio “Old Bridge” is a middle age bridge that was built over the Arno River. The Ponte Vecchio is not only notable for its age, but for its design. Shops are built into the bridge as was once common. They were butcher shops in the old days. Now the shops are occupied by souvenir sellers, arts dealers and jewelers shops. The bridge was first constructed by the Romans out of stones. This was carried away in 1117 and again in 1333. The bridge was rebuilt in 1345 by Taddeo Gaddi. This magnificent bridge attracts so many visitors and tourist to the city of Florence.

Situated at the Piazza della Signoria, Palazzo Vecchio is the Town Hall of Florence, although a part of it functions as a museum. In front of the Palazzo stands the copy of Michelangelo’s David statue that can be seen in the nearby Accademia Gallery. Palazzo Vecchio was built between the end of the 13th and the beginning of the 14th century to house the the supreme governing body of the city.

A visit to Tuscany’s capital is incomplete without seeing the above five attractions.